On Nov. 17, 2013, an EF-4 rated tornado ripped through central Illinois relentlessly damaging and destroying over 1,200 homes, and ultimately killing three people. The Journal Star’s photojournalist team sprung to action after the tornado subsided, taking to the streets and skies of the affected towns to document the ravaged community. One year later, they traced their steps of that tragic day to create this astonishing Then and Now photo series.

Issues of safety became apparent immediately after Journal Star photographers Ron Johnson, David Zalaznik, Matt Dayhoff, and Visual News Editor Fred Zwicky began their mission. With downed live power lines and natural gas leaks, there was a looming possibility for life-threatening harm. In addition to those worries, the photographers had to be actively aware of their surroundings to avoid exposed nails and falling through loose debris and into hidden basements.

Alongside the inherent dangers of photographing in a tornado wasteland, the photojournalists also experienced problems in their ability to transmit their images and content due to downed cell towers and telephone lines. "We put a big emphasis on the web and social media, but after tweeting a few pics early, my phone couldn’t get a connection for hours. Once I did have a connection, my service was overloaded with requests from national and international media outlets wanting permission just to use our coverage,” Zwicky reflects.

After a year of intense rebuilding in central Illinois, the Journal Star photo staff chose to reshoot their images showing the changes of the community. As it turned out, figuring out where their previous images were shot was a trial on its own. “In the weeks and months following the tornado… I think we all began to encounter difficulty in comprehending specific locations. On the first day, you are standing surrounded by rubble in what had been a neighborhood of houses. You are disoriented. Then after weeks and months spent in rubble, houses begin to go up and the disorientation begins again because you had just learned how to find your way through the rubble,” photographer David Zalaznik comments. Matt Dayoff adds, “Some of the images were impossible to reproduce because of all the progress made in the ensuing year. In some cases, entire buildings were in the way.” The staff photographers agreed that the strongest “Then” images didn’t have a commemorative “Now” counterpart. 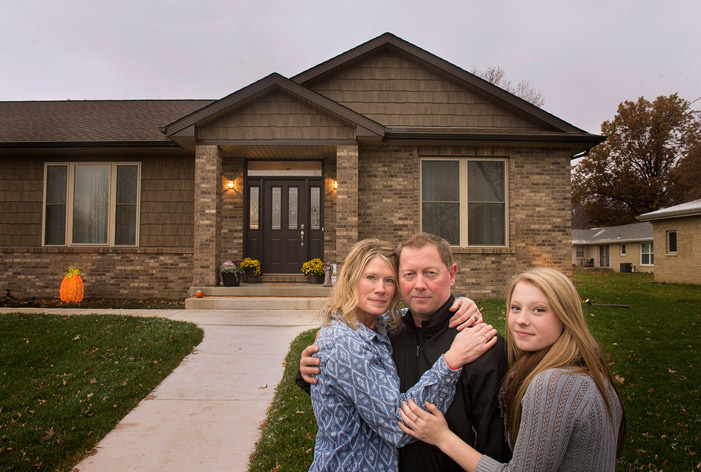 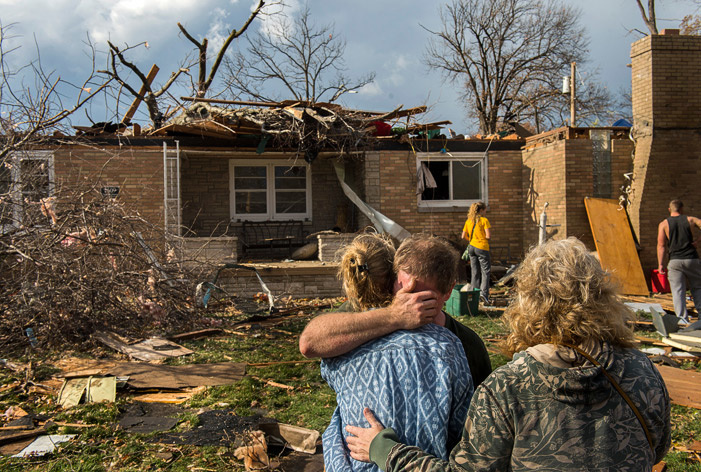 Fred Zwicky/Journal Star — In shock after a tornado destroyed his Pekin home, Ray Baughman embraces his wife, Deanna, amid the wreckage of their home. Earlier, just as their cell phone sounded an alert saying "Take Cover," the tornado hit their home. Ray said, "We were running to the end of the house as it was tearing off the roof of the house. It was like it was going to suck us up….then it let go. It let go."

With the help of Google Earth satellite imagery and the residents of the community, the photographers were eventually able to piece together and identify locations in need of photographing for a matched Then and Now. In some cases however, the residents themselves weren’t even able to identify their own block. Even so, "Returning to the tornado scene a year later was the polar opposite of the day it hit. It was lighthearted and hopeful, as opposed to shocking and oppressive,” Dayhoff said.

As photojournalists, there’s always a real challenge to manage your professionalism while in highly emotional situations. As Zwicky explains, "One thing you always worry about as a photographer is the impact on your subjects when you show their grief and suffering. I photographed the emotionally devastated Baughman family shortly after their home was destroyed by the tornado. It wasn’t until a year later that I met them again. They warmly took me inside their newly rebuilt home, wanting to show me something. That something turned out to be the newspaper clipping of that horrible moment that I had shot, framed and sitting on their brand-new mantle. They thanked me for shooting the image and all of the tornado coverage that day. Deanna Baughman said, ‘That was part of our history… it let people know that what happened was important.’” 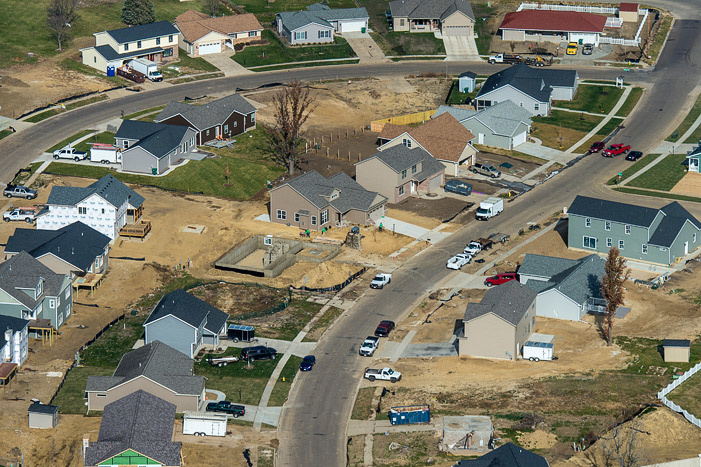 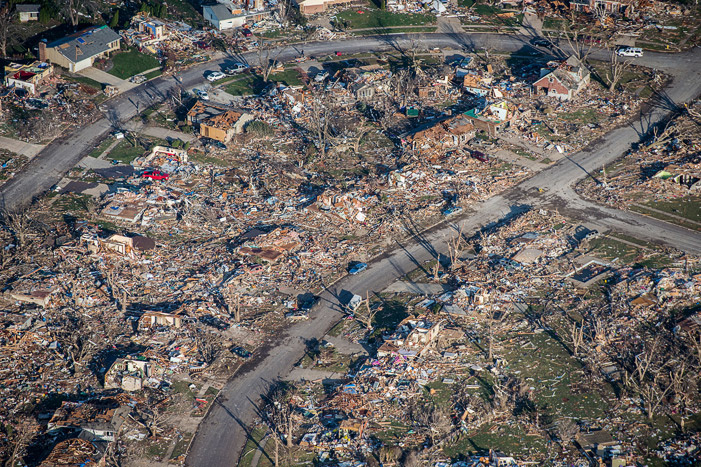 Fred Zwicky/Journal Star — A year later, a dramatic transformation has converted debris and rubble back into a functioning neighborhood as new homes are built in the Washington subdivision containing Devonshire and Hampton Road. 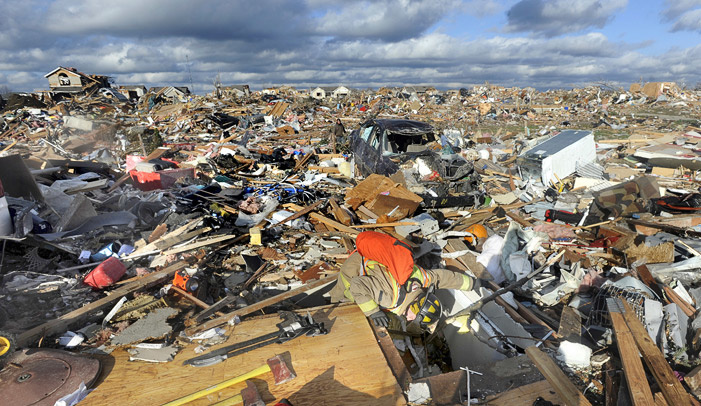 David Zalaznik/Journal Star — Six months after the tornado, Washington volunteer firefighter Jeff Nation stands on the steps of his former Washington condominium leading to the basement where six months ago Nation sheltered with his son against the tornado that ravaged the community. Nation has since sold the condominium and purchased a new residence for his family. 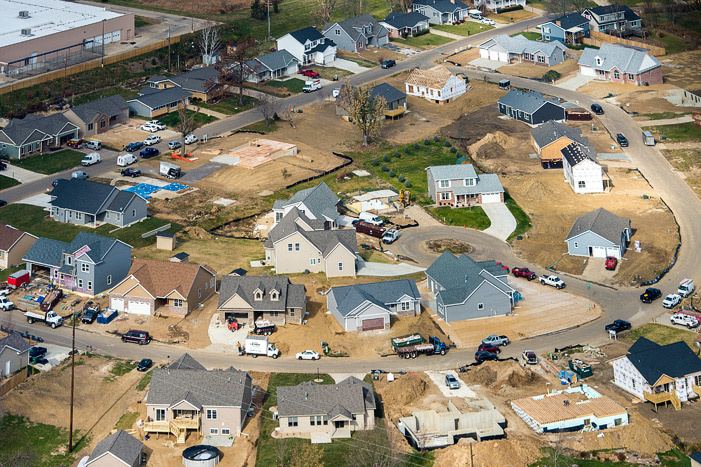 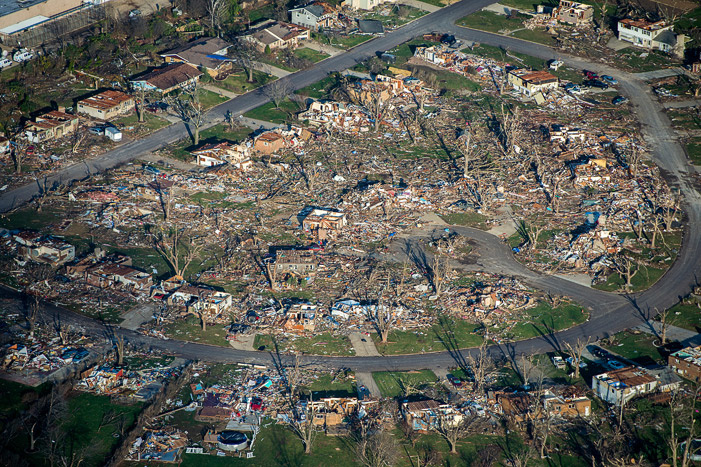 Fred Zwicky/Journal Star — Homes along Gillman and Fayette Avenues in Washington show what a direct hit from an EF-4 tornado can do to a neighborhood. 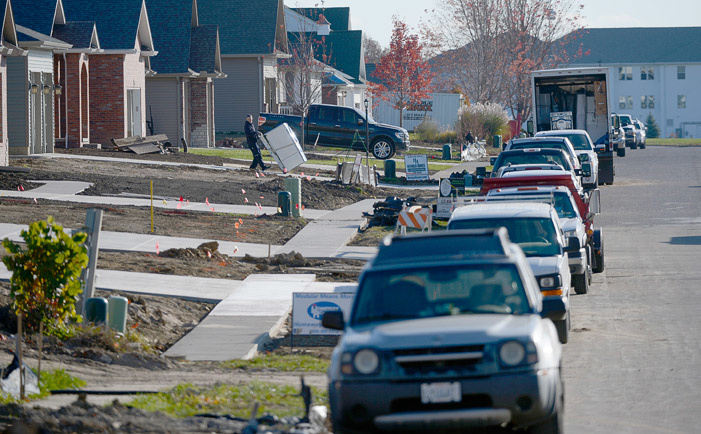 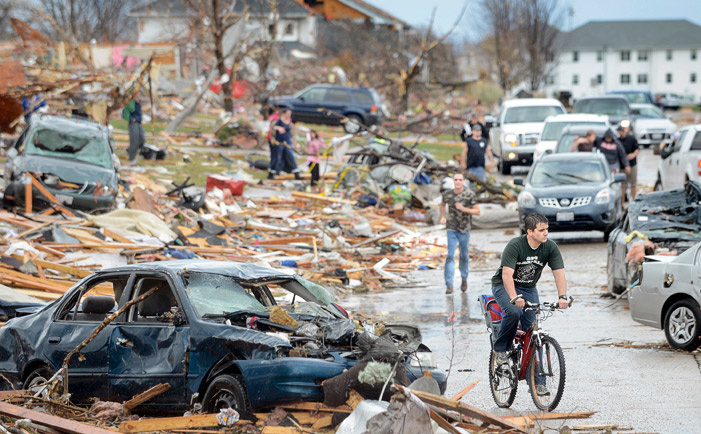 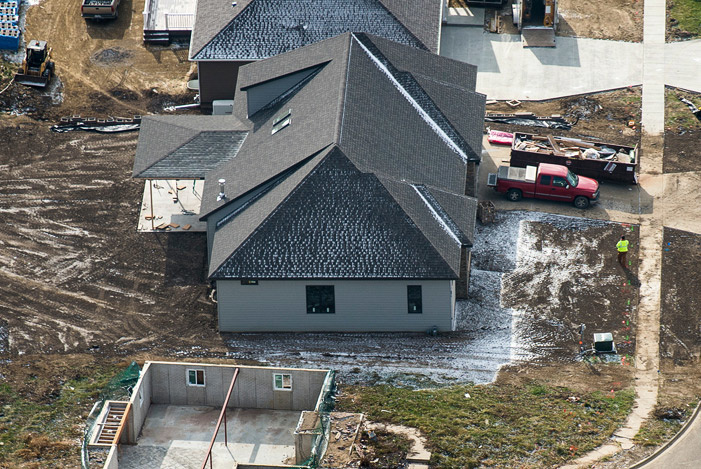 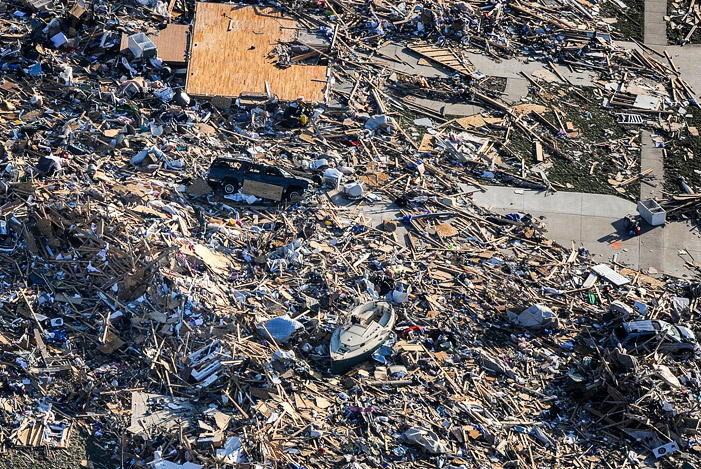 Fred Zwicky/Journal Star — A boat sits amid the surreal scene of houses reduced to kindling along Prince George Court. 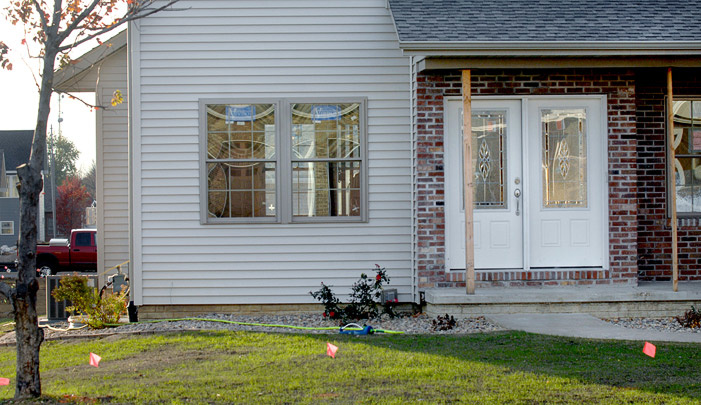 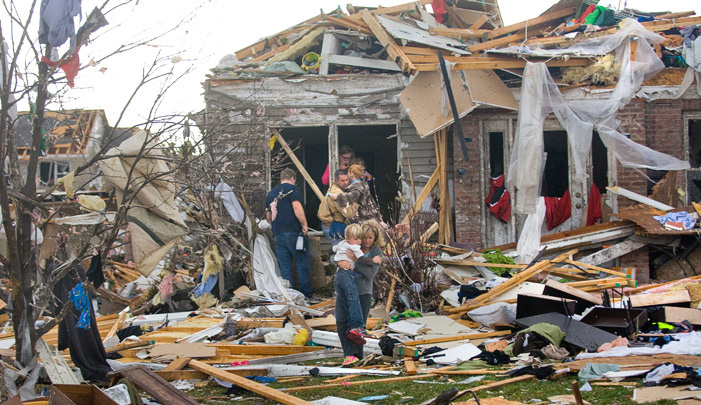 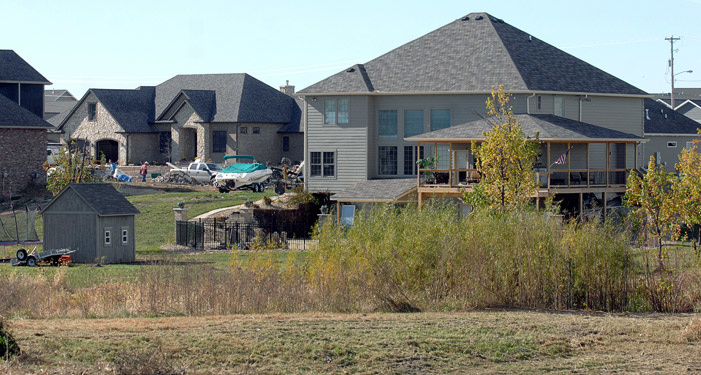 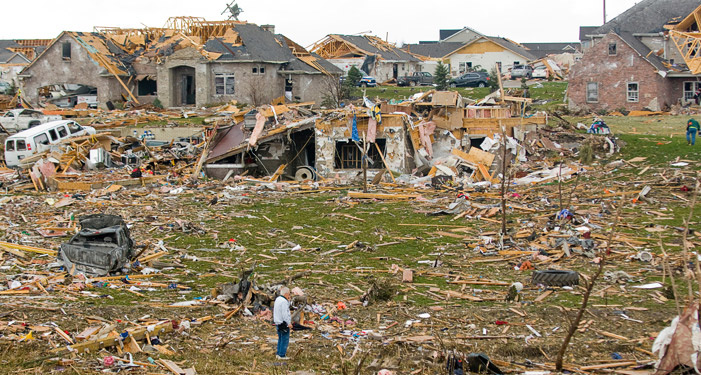 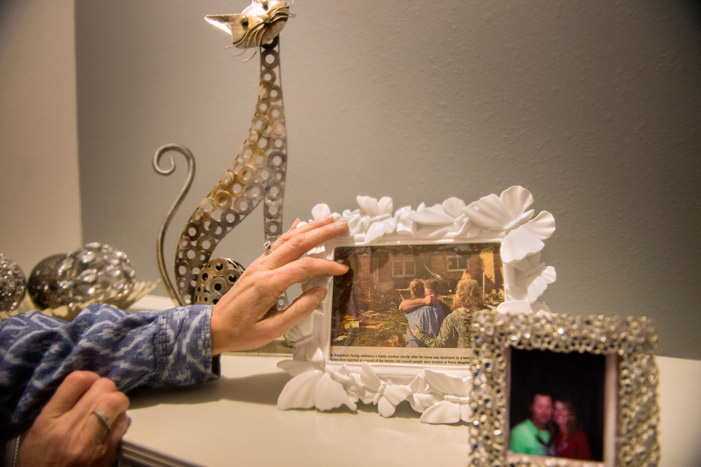 Fred Zwicky/Journal Star — A year after the Baughman's were caught in their home as a tornado tore away the roof, this image taken by Journal Star photographer Fred Zwicky on the day of the destruction now sits on the fireplace mantle of their rebuilt home.

Additional Then and Now images from Pekin, Ill. and Washington, Ill. (from the air and from the ground) can be found on the Journal Star website. 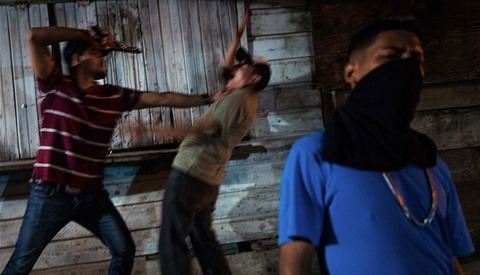 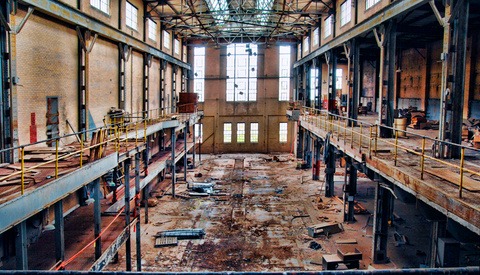 Historical / January 17, 2019
Looking Back: Things We Have Photographed That Are Gone 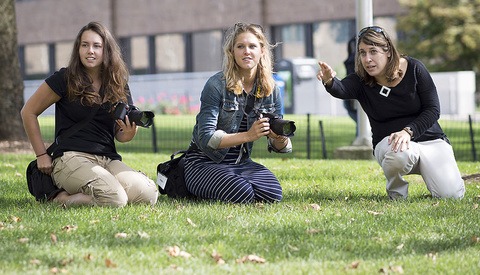 Opinion / June 12, 2019
Photojournalism Is an Afterthought in Journalism Education, and It Shouldn't Be

The pictures are amazing, but, even if I'm not a building expert, all those houses look like really cheap construction !

Stick to your photography. You're talking about my friends homes where they lost everything.

Hey everyone, do know that every family that was hit by this tornado has a moving story of survival beyond buildings and possessions. From the air, the new homes do look unreal or toy like. Don't worry, on the ground, this community is coming back strong!

You don't need to be mad at me, I'm definitively not responsible for this tragedy ! You better reserve your anger to useful things !
Don't misinterpret my post as a lack of empathy, to the contrary ! I find that this is a tragedy, but, as I say, ans as Fred Zwicky said in other terms : It do look like doll houses ! The air view give a real impression of unfinished work on large scale, like everything was just still under construction, but all walls and foundations/basement look light !
Your friends deserve my sympathy, but you, trough the tone of your comment, don't !

200 mile an hour winds don't really care how strong the walls are :)

Amen to that. My lesson learned is that when it comes to tornadoes, the safest place to be is in a basement (preferably the wall facing the impact side so there is less chance of the house structure dropping in on you). Anything above ground is toast if it's an EF-4 tornado. Worst place to be? In a a car or truck.

While I get your point, you need to get that this destruction is not a testament to how cheap houses are built but how powerfull nature can be. Not much would have survived such winds...

Neat images! We had a tornado on my college campus that destroyed all the dorms back in '08. We got aerial footage of the destruction and then went back and re-shot after rebuilding. It's amazing to see the transformation.