Most dog or cat owners have had to use an Elizabethan collar at one point or another with their pet. “It’s a necessary and beneficial part of the healing process, but to them it’s like being put in timeout,” photographer Ty Foster explained. In this photo series of his, he visually expressed the emotional hardships that our animal brethren have to endure while wearing what he refers to as “the cone of shame.” In the series, Foster goes out of his way to show the trials and tribulations that come along with wearing this shameful collar.

Foster enlightened me on how this project was conceptualized – it all started from a text message that his dad sent him. The message included a photo showing his father’s two dogs sitting in the backyard in what looked like a “timeout.” “Both [dogs] had just gotten home from being at the vet and both had the ‘cone of shame’ on […] looking absolutely miserable,” he told me.

Foster happily shared how much of a pleasure it was for him to shoot this project. “All the dogs we had in studio were ones I have worked with before and extremely well behaved.  We thought pretty long on which breeds would be the most expressive and if any had some physical attributes that would lend to the project,” he said. The basset hound, with its huge ears and droopy eyes really added to the humor of the project. Ty also told me how great it was to collaborate with a talented team of women: Lona Walburn who helped with the retouching and Natalya Zahn who handled the type and illustrations. 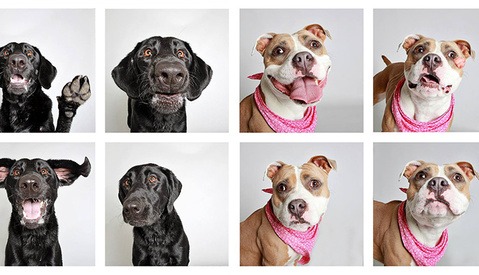 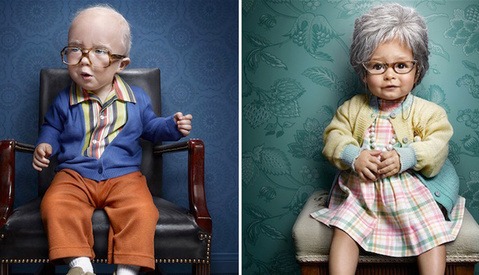 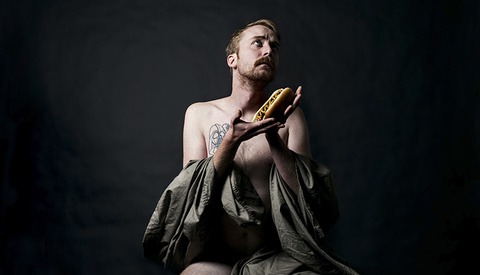