Laowa is one of the first to create a wide lens for Nikon’s Z and Canon's RF mount, with their 15mm f/2 Zero-D. The lens is also available in Sony's FE, representing a unique option for full frame mirrorless users. With an impressive aperture and focal length combination, is it a lens you should consider?

You may not have heard about Laowa or Venus Optics before, but if you have, it’s probably because of their headline grabbing lens launches. With each announcement, it seems they’re aiming to be the world’s first in at least some way. Their first lens, a 60mm macro was the first 2:1 also capable of focusing to infinity. Their penchant for unique lenses has only continued since then, with lenses like a 4mm circular fisheye for Micro Four Thirds and a wild looking 24mm macro probe.

Don’t confuse them for a manufacturer of gimmicks, however, as these lenses really do deliver results. Still, any lens maker needs to be judged on a per lens basis.

The first thing that should leap off the spec sheet, which is surprisingly lengthy for a prime lens, is the aperture and focal length combo. At f/2 and 15mm, Laowa isn’t playing it safe by introducing a pedestrian 50mm f/1.8 for the new mounts, but instead going quite wide and very fast. Laowa promises very low levels of distortion, going so far as to put it into the very name with “Zero-D”. Among the other important specs include a close focusing distance of 15cm from the sensor and a 72mm filter thread (particularly nice to see for landscape use). Although it is solidly built, with a metal exterior and rings, the lens only weighs a little over a pound.

Despite the loaded spec sheet, the lens doesn't have autofocus or aperture control from the camera. For this lens, these aren't huge concessions.

The lens is very well built, featuring a metal exterior, actual metal lens hood, clear markings, and a depth of field scale on the wide, knurled focus ring. Overall, the lens feels like it’s extremely high quality. For video use, the aperture ring can have its clicking turned off, via a small switch near the mount.

The lens hood isn’t particularly large, but adds some measure of protection to the surprisingly small and flat front element. Conveniently, the entrance pupil is clearly marked on the body of the lens, making it easy to use this lens in a panoramic setup.

Getting down to the glass, Laowa has built this lens around 12 elements in 9 groups, with 2 aspherical elements and 3 extra low dispersion elements. Given the fast and wide design, the use of these special elements is essential for fighting aberrations. The front uses their “Frog Eye Coating”, a hydrophobic coating that is meant to bounce water right off. While I haven’t had monsoon rains to test this out with, I expect it would be a big benefit to those shooting in misty or rainy conditions.

Given the specs, this lens is a great fit for astrophotography and architectural work. While it works for any wide angle shot, the aperture and distortion characteristics are the two key attributes of the lens.

In use, I find that focus has to be set via a zoomed in view, but when focus is nailed, the lens is sharp. Since this lens is intended for use with mirrorless, I'm not as concerned by the lack of autofocus — there are plenty of aids available, from peaking to zoomed in live view, that make it easier to focus manually.

Stopping down to f/2.8 brings in a little extra bite, but at f/2, it’s still satisfactory. If you need f/2, don’t be afraid to use it. Otherwise, I don’t think you’ll see much change stopping down past f/5.6.

Stopping down will help vignetting, which is noticeable at f/2. Of course, this isn't a significant issue given how easy it is to correct in post, but it can be noticeable.

Wide open, the vignetting is visible in this unprocessed shot. Since aperture information isn't passed to the camera, you'll have to add lens correction adjustments by eye.

With clicking turned on, aperture selection is easy. The clicks are clear and tactile, without feeling heavy or stuck in a position. The aperture ring is well defined and clearly separate from the wide manual focus ring. For focus, the movement is very smooth and heavily damped. It moves easily enough with about two fingers of pressure, but stops instantly, without any play.

To throw focus across the range requires a rotation of a little over 90 degrees, with about 40 degrees covering infinity to 1 foot, with 1 foot to MFD covering the remainder. While I don’t typically manually focus my lenses, I had no problem dialing in focus when on a tripod or using a zoomed in view.

By eye, distortion appears very low — at least low enough to be unnoticeable in my shooting. Chromatic aberrations weren’t significant but were perceptible. They are easily corrected when noticed.

Lens profiles are available and should be downloaded from their website, since the vignetting and CA are both solvable problems.

In use, I never had any issues with flare, even with strong light sources in the corner of the frame.

The fast aperture came in handy when shooting towards sunset, allowing for lower ISOs than my Nikon 14-30 at f/4. Sharpness was comparable, although off-tripod use meant the occasional missed shot due to focus issues — chiefly because I'm not an experienced manual focus user.

As the light dips, this lens really stands out from the other options because of its fast aperture. The streetlights, even in the corners of the frame, are well behaved with regards to coma.

Overall, the lens nails the essentials. It's sharp and easy to use, offering a unique combination of aperture and focal length. On my Z7, the lens mounted smoothly (much better than my Nikon FTZ adapter, funnily enough), and once the lens info was input, functionally very similarly to a first party lens.

The low distortion makes this a great choice for architectural work if tilt/shift corrections aren’t needed. For astrophotographers, this is a relatively inexpensive option for a very wide, fast lens. It can work great as a landscape lens, thanks to its filter threads and strong resolution performance across the frame.

Overall performance is strong. The lens is sharp throughout the range of focus distance and aperture options, while the slight vignetting is very correctable.

I’d like to see the lens provide aperture data to the camera, but this isn’t critical. Manual focus feels very delicate to set around 5 to 15 feet, since it feels like it requires only a small turn to make a large change. Overall, the few compromises this lens makes feel well justified, and don’t impact usability or the results.

If you’re looking for a native Z or RF mount wide angle, you don’t have many options - but this lens should definitely be one of them. I’m very happy with the build and feature set, and the performance meets the high bar set by first party mirrorless lenses.

The lens really sets itself apart from the competition because of the aperture and mount — if you need either of those in a wide angle, this is a great option. Both Canon and Nikon are missing something on the native-mount wide end that this lens provides. For Nikon, that's a fast option, while for Canon it's a RF mount wide angle that is less than $2,300.

For some, the unique characteristics in a scarce field of competitors will make this lens a must buy, while everyone should consider it a useful option for wide coverage on mirrorless. At $849, the price is great value, particularly when compared to the significantly more expensive first party options. The lens is currently available in Z mount, RF mount, and E mount.

Actually the lens does have a profile for ace and Lightroom on the Laowa site. As it’s a full manual lens i don’t se any point bemoaning lack of Exif info. There is no way of sending it so if that is important then this lens is not the lens you are looking for. I find that for astrophotography it has a fatal flaw for me. The bright stars show a strong diffraction star burst even when wide open. 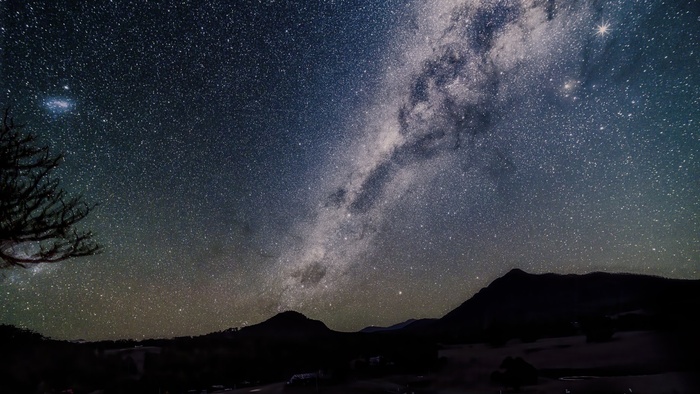 Hi Robert, great point about the lens profiles - they are indeed available on their site. Thanks for the correction.

As for the star bursting, I didn't observe that in testing to the extent shown in your sample. Not sure if this is sample variation or something else, but that is definitely something to be aware of. Mind sharing your body/mount used?

The lens is the series three with a nikon z Mount, it was shot on a Z7. I am not rapt with it for astro but it is a nice lens, shot below was handled in our parliament house, pleasing rendition for a ultra wide lens 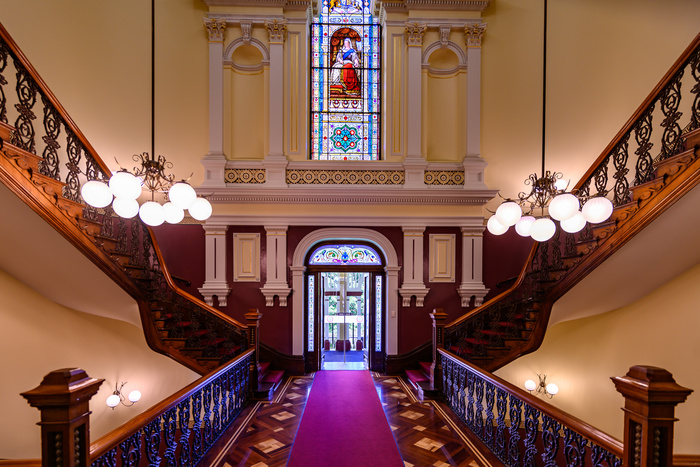 I bought this lens used in "like new" condition from Adorama and returned it immediately, see my 1-star review on Amazon for details. It is quite possible that this was a bad copy that was returned to Adorama and they were reselling it wihout checking it out in detail However, I did find one flaw that makes this lens a hassle to use under certain circumstances. At least on a Nikon Z body it will not meter in M mode. Meterl works find in A, P, and S, but not in M. Probably a Nikon and not a Laowa issue, but it does mean that if you want to stitch panos you either have to meter in another mode and then switch to M, use the historgram to meter, or find another way.

The star burst visible above is certainyl surprising. I explcitiyl tested my copy for sunstarts and found them mushy even at f/16 and f/22/