Behind The Scenes... Gangnam Style!

This past week I have been bombarded with this poppy, silly and downright hilarious song. My co-workers play it nonstop, my two daughters won't stop singing along to it and the other night while at a local bar a group of very happy drunk people attempted to dance the signature pony-style dance. If you haven't seen South Korea's PSY's quirky 'Gangnam Style', then you must be living under an interweb rock.

The Youtube sensation has reached over 188 million views since its release in July and is officially the most liked Youtube video in history. The video was shot on a RED Epic. Rolling Stone released a great breakdown of the video with PSY explaining how scenes were shot and where, including how he created the choreography himself. Enjoy the full music video below, and I apologize in advance if this K-pop wonder gets stuck in your head. 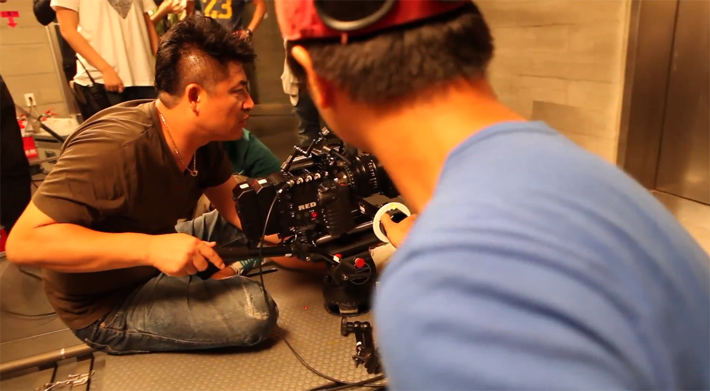 FYI, they did a skit on SNL yesterday of this song with Psy doing a cameo.  Hadn't heard about him before that but it's pretty funny stuff.

I spent this previous summer in Seoul (near Gangnam-dong) and heard this song non-stop but I was honestly shocked when I started hearing it everywhere in the US also.

Ahhh, I guessed from the colors and such it was an EPIC when i first saw it!

Now I can tell pretty much tell if a RED was used to shoot something!

I HATE Germany and the GEMA for it. I can't see the video in case of local restrictions. hidemyass also doesn't work anymore. Damn. I have to get out of f*$king Germany!

There's a wedding video made to this song https://youtu.be/0yr7FW1S5e0

this video is shit !