Adam Elmakias is one of the most popular concert photographers in the world. Most known for his work with punk-style bands and touring with the Vans Warped Tour, he has a bigger following then a lot of the bands he works with. In this point-of-view video, we get to see how Elmakias shoots an entire show while he talks about his thought process and explains the many intricate details that go into this type of photography.

The video was taken from a GoPro camera mounted to the top of his DSLR, and because Elmakias wanted to show the entire process, there are some very bumpy spots in the video as he runs from location to location. The benefit to this though is that we get to see how he moves from center stage to the second floor balcony and then down to the photo pit. The most interesting part to me was hearing him explain the thought process behind each shot. Because Elmakias normally travels with a band for an entire tour, he doesn’t actually try and capture the entire show in one night. Instead, he plans out key moments he wants to capture, and he will then sit and wait for that moment to happen. Once he gets the moment, he doesn’t need to worry about capturing it at the next show and can then concentrate on the next moment. Due to this, there is a decent amount of downtime in the video, but Elmakias does a good job at keeping it entertaining and educational. I was able to get through the entire hour and half without getting bored and I thoroughly enjoyed the entire video.

For a shorter POV look at Elmakias shooting a show, you can also watch this 30-minute video where you can see how he shoots Pierce the Veil at the 2015 Warped Tour: 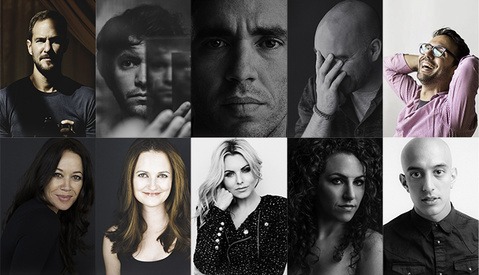 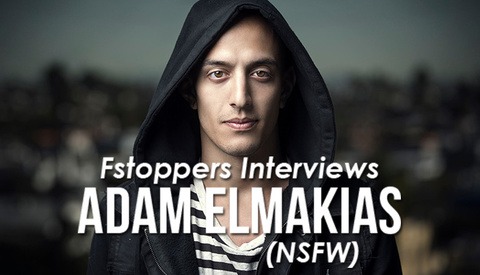 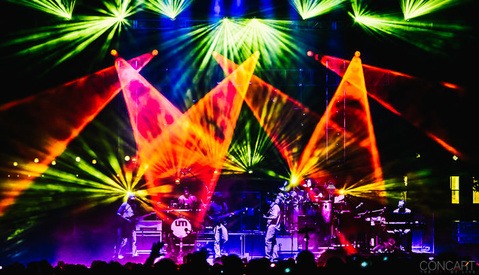 Audio / October 1, 2015
From The Nose Bleeds To The Ear Bleeds: Concert Photography Concepts For Everyone

Watched the whole PTV video the other day. It was fun to see how he thinks when he shoots shows.

Ya I had never thought about not getting stuff on purpose because you already got it the show before. Or being like, I'll get that next time. It makes sense that most everything happens the exact same though. Never really shot a concert before either aside from a couple here and there at a show I was attending.

It was actually a lot like that for me when I shot the SUU gymnastics team every home meet. I knew their routine to a T, and once I had nailed part of the routine, I could focus on getting something else from a different angle.

I'd seriously consider remotes. I'm a little confused that he stated 'I try not to get individuals, so much as getting group shots.' It's sure a different take on any concert gig than I've heard of.

I guess it was good.. We didn't get to see a slew of finals on the shoots. Thanks for the content.

He explained that in the video of warped, they were really specific in what they wanted covered. Making sure that he wasn't replaced, just not on this tour.

ya the way i took that was that the band preferred more group shots? or maybe it was that he already had a ton of individual shots... i cant remember what one he said.

He said that the band/adam relies on the other photographers for the individual. Since Adam gets all exclusive access.

Anyone know what he would be using for the remote shoot. When he takes a shot the other does as well?