Considering that a fairly large portion of you may find yourself, like me, staying home due to current events, I thought it might be a nice moment to discuss one of the best ways you could be spending your time.

And while the current pandemic makes this particularly timely, I was also motivated by the most recent campaign I shot just before the world flipped upside down. It was a new shoot for a regular client. I’d shot in that studio many times before. I’d shot with that team before. Even within that particular product category, I think it was my third go around. But, as I was working with the model, taking them through the motions, trying to create something memorable, an unavoidable thought came into my head. I’d gotten better.

That’s not to say that I was suddenly the greatest photographer to ever live. It’s just to say that in the three months that had elapsed since the last time I’d shot with this team, I could feel a noticeable improvement in my own skill set. The lighting felt better. I was able to get “the shot” in less clicks. I even felt more comfortable with experimentation. So, what changed?

Well, I’ve been a professional photographer for nearly two decades now, so it’s not like I haven’t had moments of growth before. But still, this felt somewhat accelerated. What had I been doing differently? 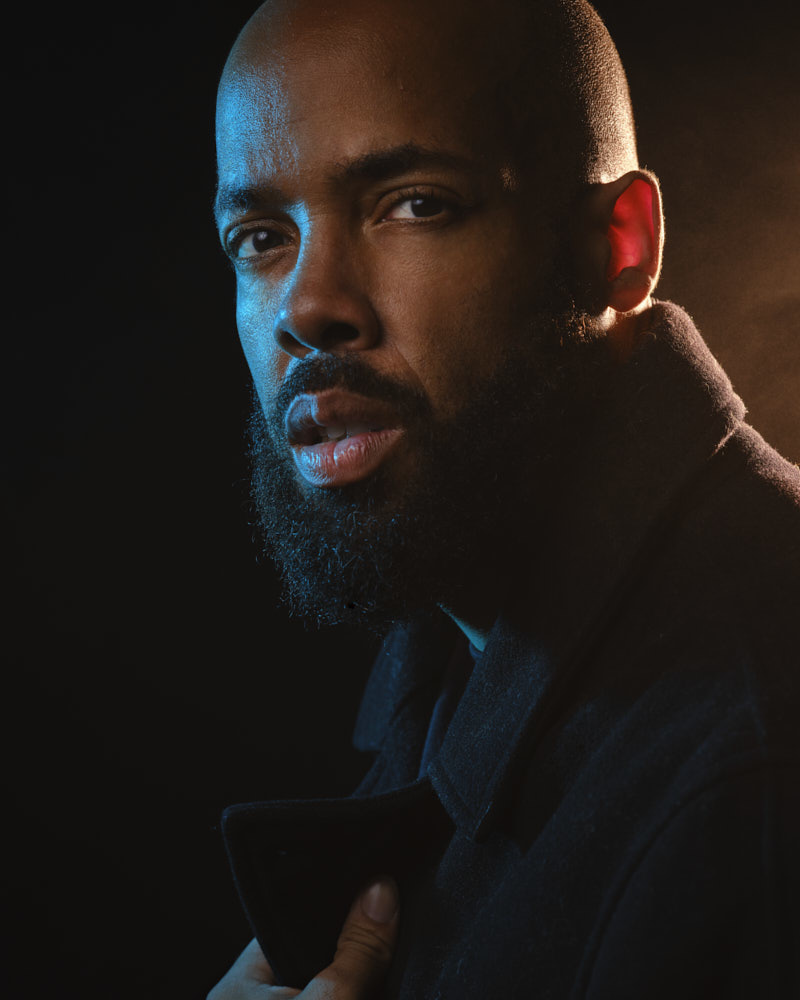 It turns out the answer is simple if not at all glamorous. I practiced. I’ve always made a point of practicing. Going out to shoot for fun. Setting up test shoots. But, what I mean this time is that I specifically set up practice sessions dedicated to the craft. During a particularly slow December, I started making use of my time by dedicating a two-hour block between 4 pm and 6 pm to lighting practice. Almost as if flashing back to college when football practice was scheduled at the same time every day, through rain or shine, I forced myself to show up for the photographic equivalent of wind sprints. Since having a model come to my house every single day seemed impractical, I was forced to step in front of the camera myself to see the effects of each of my lights and judge my progress.

I’ve never been one that dreamed of being in front of the lens. I am more than happy to be the one in the shadows. I’m also old enough to be genuinely confused by the sheer amount of selfies on social media. Heck, social media itself still confuses me at times. But, out of sheer necessity, I turned the camera on myself and learned a lot in the process.

For one, I learned that my own personal posing skills are decidedly limited. If I had to make my living on the other side of the camera, I would surely starve. Thankfully, as a photographer, I’ve worked with lots of inexperienced models, so I knew that the key to making them look good was letting light do the work for me. 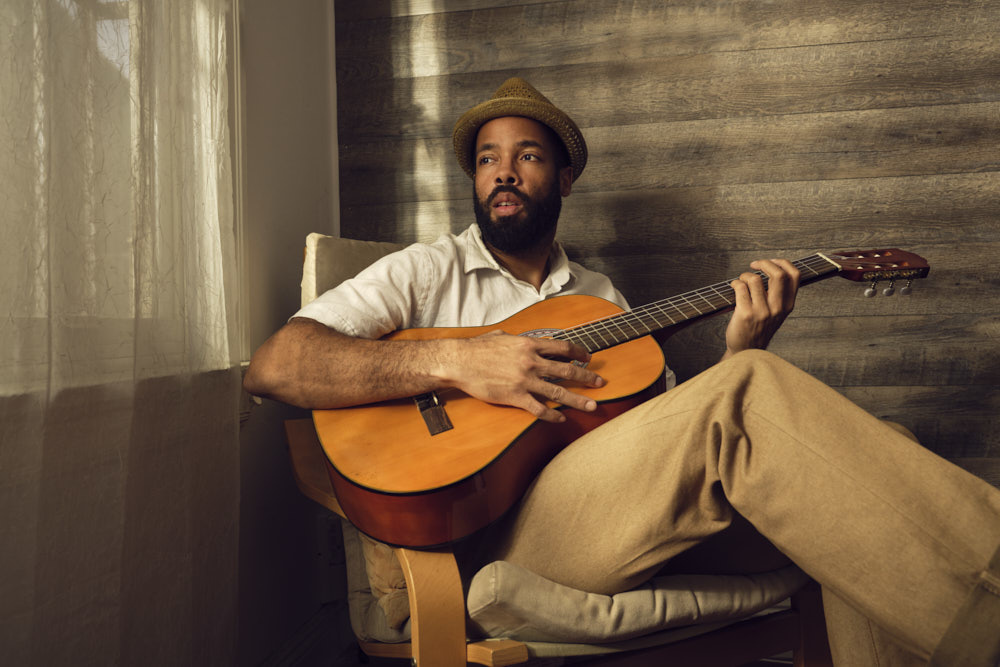 There is one big advantage to using yourself as a test subject.  Infinite patience. Even when doing test shoots with a live model, I am always respectful of their time. Even if it is just a test, nobody wants to sit there for two hours while you mess around with your lights to get through a single setup. Also, unless you are paying your model, it’s likely they are trading their time in exchange for some awesome photos they can use for their portfolio. So, at the end of the shoot, you are duty bound to provide them with at least a few images that will help them as much as they help you.

There are no such requirements with self-portraiture. I could spend my practice session whipping through look after look. Or I could spend three hours experimenting with every shade of gel in my possession to judge the micro-differences in color casts between them. I actually did this more than once.

While I certainly ended up with enough keepers to provide me with a ridiculous number of selfies for Instagram, I also ended up with just as many duds. Had I been shooting with an actual model, I might have felt a level of guilt for letting them down. But for shots of myself, oh well, they just disappear into the never to be seen file along with all those late-night photographs of me shooting my reflection in the bathroom mirror because I had an urge to test out a new autofocus mode. 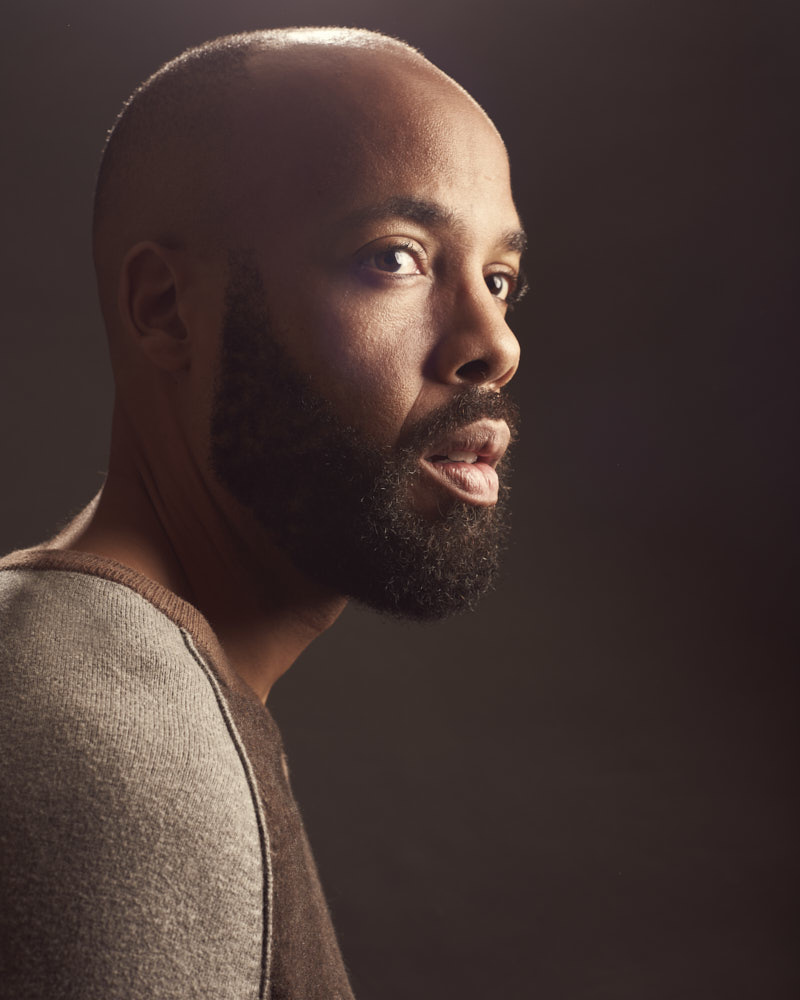 Some of the selfies turned out so well, in fact, that I wished after the fact that I had hired a model for the shot so that I could then use them in my portfolio. Ironically, I’ve actually won three major photo competitions since I started my daily practice by entering shots of myself. I credit that more to my skill as a photographer than as a model. But I think the reason why I was able to win those competitions after so many years of entering other work, is that, with the self portraits, I felt far more free to experiment. And because I was able to experiment I was able to grow and get better. So, months later, when I found myself on a familiar set, I suddenly felt like a brand new photographer. I didn’t explicitly embark on my practice schedule to win awards. I simply wanted to improve as a photographer every day. And it worked.

I know it stinks to have to stay home. Considering that I am a homebody by nature, you would think staying home would be easy for me. But now that it’s a worldwide movement and I must stay home for the next few weeks, I admit to going a bit stir crazy. Thankfully, even though I’ll be short on live models and crowded locations, I know how I’ll be spending a great deal of my time. I’ll be practicing to get better, even if I do have a limited choice of subject. 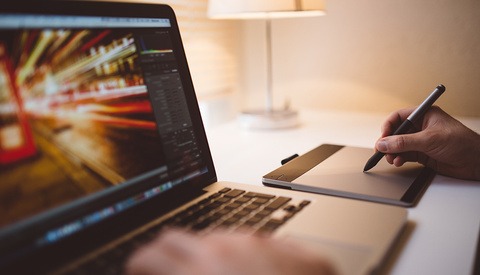 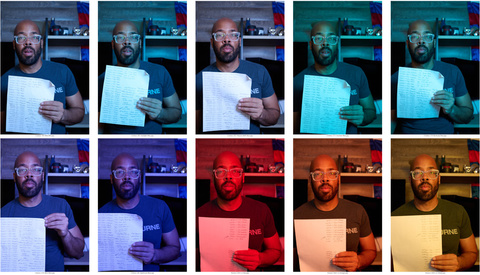 Gear / April 23, 2022
How Keeping a Diary Can Make You a Better Photographer 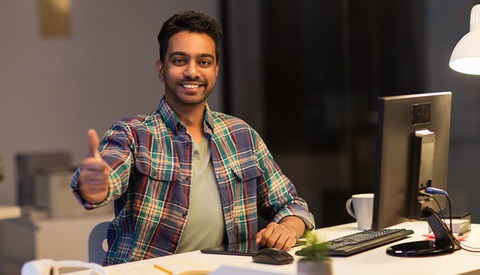 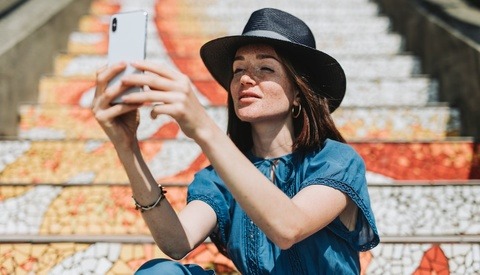 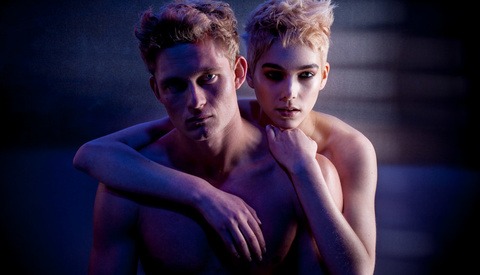 Business / August 8, 2017
Five Mistakes I Made as a Professional Photographer
Log in or register to post comments
11 Comments

These are solid shots.
Im very thankful to my most patient boyfriend. He will pose for me, so that I can practice shooting in difficult lighting. Garage lights, lamps only. Funky home lights. It has been a lot of fun.

These are going to be difficult times - especially for working photographers, freelancers and small businesses (along with other freelancers, small business owners and workers, of course) - but we will all need to find our ways of coping, and ideally putting the time to good use. At least we have our cameras to play with, practice with and generally enjoy albeit perhaps in new and unfamiliar ways.

Here in Spain we've been on lockdown since Sunday at 00:00 and since then I've left the house twice, both times to take out the rubbish. I'm not used to spending this much time at home. I have things to study to pass the time but I do miss being creative with my camera, something I normally do outside on long walks or bike rides. I made this short film of my observations and on the mundanity of life inside. If you're looking for something to do to fill a quarter of an hour of your quarantined day, I'll leave it here ...
https://youtu.be/5WQySO6gqIs

Christopher, I've loved your work since I became aware of you last year.

I'm an amateur photographer. I'll probably always be that. No matter, I look to and aspire to the best.

I try to do a project a week. I work Tue thru Sat, and on Saturday evening my photography work week begins. I schedule time for shooting, post processing, and even project development. I did that when I was shooting fashion, which stopped a couple months ago from a lack of models. I had a dozen plus projects for this spring blown away by the 2020 Plague. I'm still shooting. I'm still creating a project a week.

And Cristopher, I get what you did with self portraits in order to practice. I am on my second mannequin to practice "steady shooting", available light, low shutter speed, no image stabilization. Once in a great while I get a usable photo, but it isn't about that. It's about practice. The steady shooting is akin to playing scales with a musical instrument. No one wants to hear it, no one wants to do it, but it makes you a better musician. Photographic practice makes you a better photographer.

Bravo! Keep up the Good Work!

Absolutely. Practice makes us better. Btw, I also have gone through a few mannequins for practice as well.

Thank you...I needed to be reminded of ideas that I can pursue while at home.

I've actually been at home on Short Term Disability from my full-time job, prior to the stay-at-home mandates.

As I am facing a career change on the horizon, I'm hoping I can launch my pet portraiture business. It's been on hold for a variety of reasons, but what better time than now, to practice my craft! 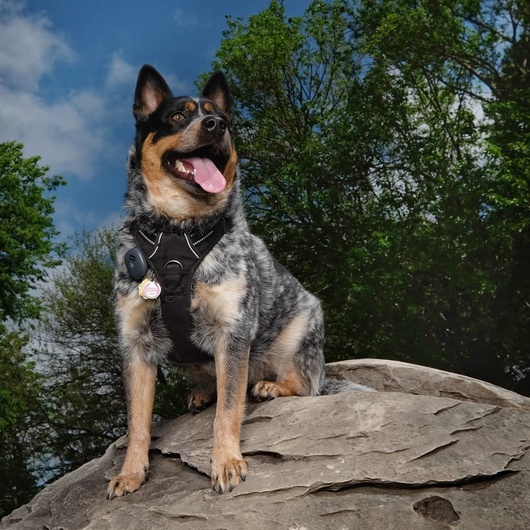 At last, an article worth reading to the end. Well done sir.