The Smithsonian recently joined forces with the White House to make an exact 3D model of President Barack Obama, the most accurate visual-and-physical replica of any head of state to date. In the past, when presidents wanted to have a fairly accurate 3D model/sculpture of themselves, they had to hire artists to make the closest-possible-looking sculpture, or go one step further and have their faces plastered. The guys at the Smithsonian decided to ditch these old methods and use modern technology instead in order to create this 3D portrait, and the process may be much easier than you might think.

The 3D scanning team used a mobile light stage made out of 50 custom built LED lights, 8 GoPros and 6 additional cameras with wider lenses. The whole process takes only few seconds. The first part of this 3D portrait session takes only one second - the president sits in front of the light stage, and within this one second, the device illuminates in 10 different ways while the cameras capture it from all angles. The second part takes few more seconds of manual scanning using two structured-light 3D scanners. 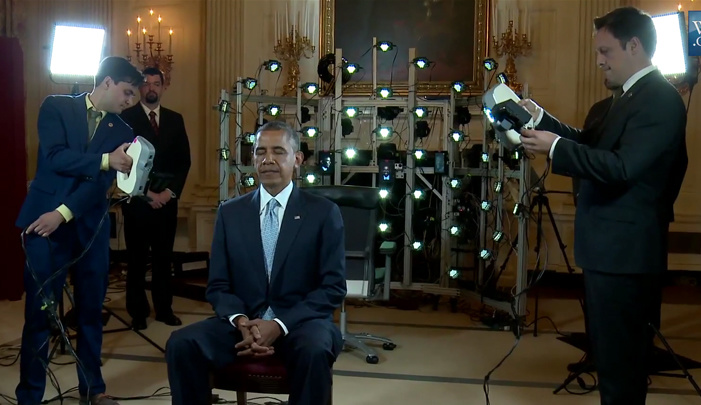 The data from the scanners and the different cameras had to be processed, and within a few days the virtual and hyper-realistic 3D model of the president was created. The Smithsonian then took the model and used a 3D printer to make a real-life sized physical replica of him. Obama's 3D-printed portrait will be on display at the Smithsonian for the rest of 2014. 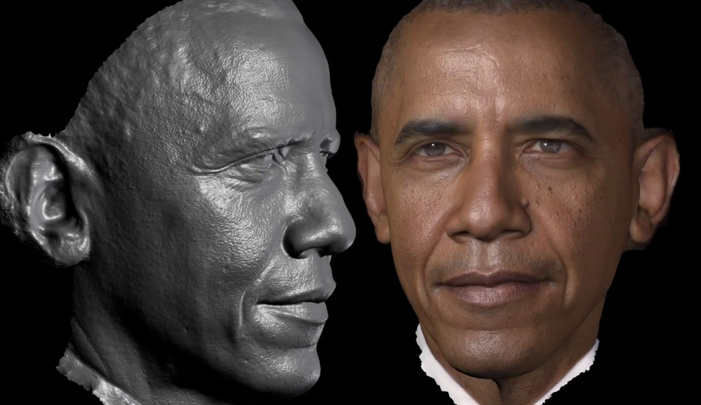 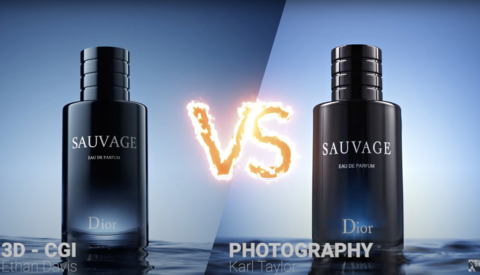 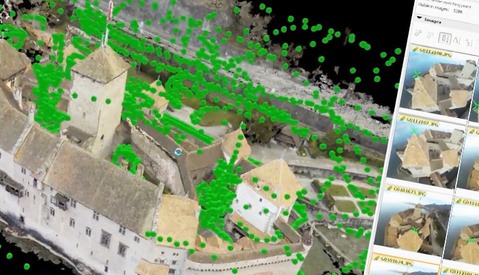 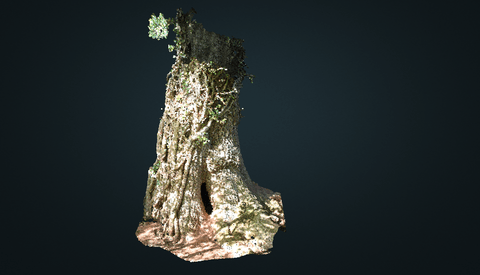 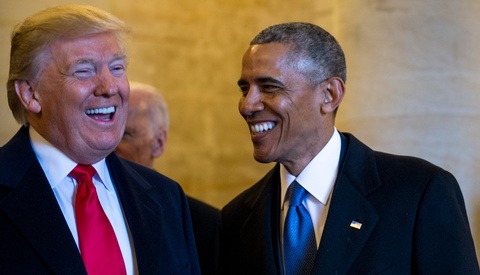 Now give the guy a gun and make some videogame!!

Nothing new about this technique. Maybe to the photo community but it's quite common in engineering.