We’ve all been there — forking out for a personal project to make what you envisioned for your images a reality. But fine art photographer Nicky Hamilton takes that one step further — he spent months building these incredible sets for his photos.

Nicky Hamilton, a self-taught photographer, has just wrapped a photo series he titled "The Lonely Man," based on the emotions of his own childhood. Featuring various scenes from around a house, the process of sketching, building, lighting, and shooting each set took roughly three months.

Detailing his inspiration behind the photo series, Hamilton said:

In the early years my Dad started out as a builder [...] In the mid 80s he lost his business in a freak incident and had to declare himself bankrupt, post a recent purchase of a dream home he could no longer afford. He turned to crime and crime turned him into a drug addict who would one day call his son and ask me to prevent him from committing suicide.

Citing his belief that the photographic world “moves too fast,” Hamilton says he wanted to create his images in a way that slows down the modern photographic process. He wanted to work akin to a painter, treating a photo set as a canvas, which he could craft himself rather than finding on location.

Once armed with a concept, Hamilton sketches the scene before turning it into a 3D pre-visual (complete with pre-lights and colour palette tests). Next comes the building, dressing, and styling of the sets.

He lights the photos using continuous lighting, and shoots with a medium format Hasselblad camera. All of the images in this set have also had a considerable amount of time spent on them in regards to retouching and grading, resulting in a rather cinematic aesthetic in the final results.

The rest of his series "The Lonely Man," as well as some behind-the-scenes images of how he created the sets, can be viewed in the gallery below. All images used with permission. 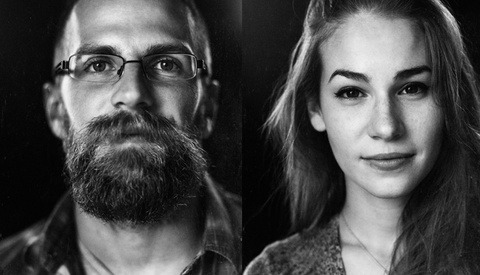 Portraits / October 21, 2013
Simplify your Photography, It Helped Me Remember Why I Love What I Do 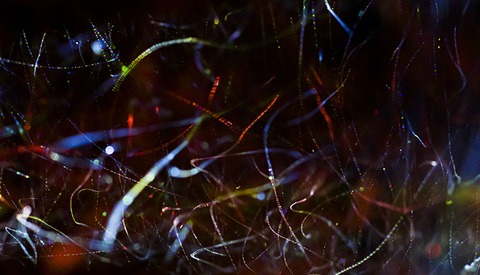 Fine Art / February 9, 2013
NYC Blizzard? All You Need Is A Little Imagination

let's call it over the top dedication! nice job

Freakin awesome! That's hustle right there! I'm sure he was inspired by Crewdson, but this is hustle on a whole different level. Great job!

That's just amazing! Reminds me of Crewdson and Erwin Olaf.

cool stuff but why ?

If you actually read the article, it explains his reasons why :)

The worst must be taking the set down.
I hope this man just invested in portfolio to become DP on sets in Hollywood. So much money...

He should move it all to barn/warehouse. Remember to expense all your set building tools people.

Wow, this is real dedication. The amount of time, money and sweat that must have gone into this...
Cudos! I love the results!

I see plenty of photos that are gorgeous. Immaculate bottle shots, soft and glamorous portraits, yet I can't remember the last time that a photo (or photos) moved me in the same way as these did. Taking a black and white photo of a celebrity is great and all, but if Mr. Hamilton (a man I've not known of until now) produced work like this on a regular basis I would feel entirely comfortable in saying that there's not a photographer I've ever seen who can tell a story as intricate, deep, and as visually captivating as he can (not to mention the raw emotion that the photos so excellently encapsulate). It's rare I say this, but these photos have profoundly changed the way I look my profession.

Check out Gregory Crewdson's series. He builds $100,000 sets for pictures like these. crazy crazy attention to detail.

The images are definitely influenced by Gregory Crewdson's past work. Though they don't quite elicit the same emotive response for me as Crewdson's work does, it's still damn fine work and I take my hat off for all the hard work that has gone into these productions...

nice work! looks like was inspired by erwin olaf

Why not just rent a house and shoot there? Might as well build a house. haha