3 Lessons I've Learned About Photography During the Lockdown

It’s going on day number 587 of being confined to my home during social distancing, or something like that. And while this experience has turned life upside down, it has also reminded me of a thing or two.

Of course, that’s what life is supposed to be about in the first place. It’s not all days of wine and roses, and a career in photography is much the same. You have your ups and your downs separated by a whole host of in-betweens, and your enjoyment of the process is highly dependent on how you react to each phase.

For most photographers, much of our work has dried up during the last couple of months. Some photographers have shifted direction artistically. Some have chosen to leave the profession entirely. Some have taken the opportunity to try something new. But, once the current ordeal does end, the one unifying factor is that we should all come out of this experience changed, hopefully for the better.

But before that future arrives, here are a few things that I’ve found to be incredibly true to my experience during the lockdown. These are just a couple of my own realizations. Perhaps some of you can relate. 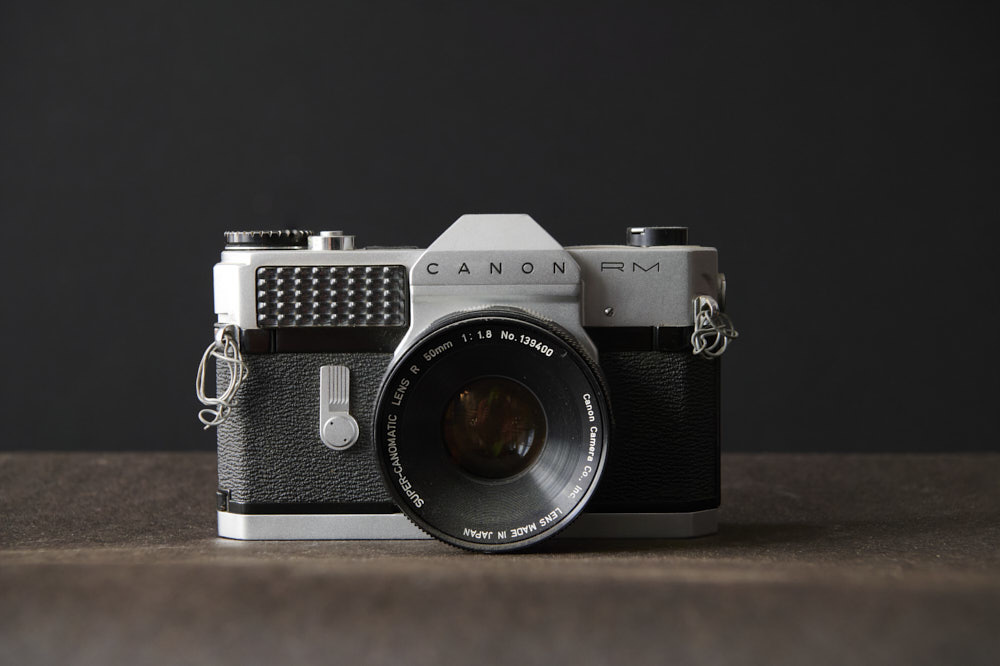 I know, I know. I’ve spoken about this before. And certainly, there will be many that will push back on this. But the simple truth is that we, as photographers, tend to spend way too much time worrying about what type of camera we are holding in our hand and way too little time worrying about what we are doing with it. Sure, there are certain cameras that have objectively better specs than other cameras. And yes, different types of photography require different types of lenses, levels of resolution, and so forth. That’s not what I’m referring to. What I mean is that, if we take a step back to look at it, we will realize that the odds are, assuming you own at least one camera and one lens, that the majority of people reading this article already have all the gear they need in order to create great art.

I am fortunate to have been able to weather the work stoppage so far financially. It’s a blessing that many people might not have. But one of the first concepts to go out the window for me was the idea of purchasing any more equipment until this is all over. I did have the genius, not so genius insight of having dropped a good bit of money on a new lighting kit literally weeks before the outbreak, but we won’t talk about that.

Since the outbreak, the world and the industry are being reshaped. Both will return to a new normal, but what shape either will take is anyone’s guess. So, dropping a lot of money right at this exact moment when I still don’t know how long it will take for production to resume seems risky. As a result, I’ve been limited to the gear that I already own for the foreseeable future.

Of course, there’s not a lot to photograph at the moment. Literally. I’ve begun a self-portrait series, as I am the only living thing in my house, aside from the family of squirrels who drop into the backyard for an occasional visit. I’ve also shot a few still lifes during the break, although this has really only served to remind me how much I prefer to photograph people. I’ve been actually shooting more than ever, assigning myself a new project every day. This was, of course, a lot easier to do in the early weeks of the quarantine. But after day 989, or whatever we are on, finding new things and concepts to photograph really pushes the bounds of my creativity.

But there, in that struggle, is where the lesson is learned. I may not be able to produce my usual shoots during the current stay-at-home regulations, but that doesn’t mean the learning has stopped. In fact, other than the unfortunate subject I’m forced to work with during my self-portraits, I feel as though I have undoubtedly created some of my best work.

But how could that be, given that I am limited in resources and prevented from upgrading my camera gear? Well, because the situation has forced me to push my creativity. It’s forced me to shift focus away from what my current gear can or cannot do and what new gear purchase might make that job easier and instead simply focus on what is the art that I want to create. It’s literally impractical to worry about how far I can push my gear. The only thing that matters is how far I can push my creativity.

The result might not be an increase in resolution or bragging rights about my new this or that. But, instead, the result is simply better photography. 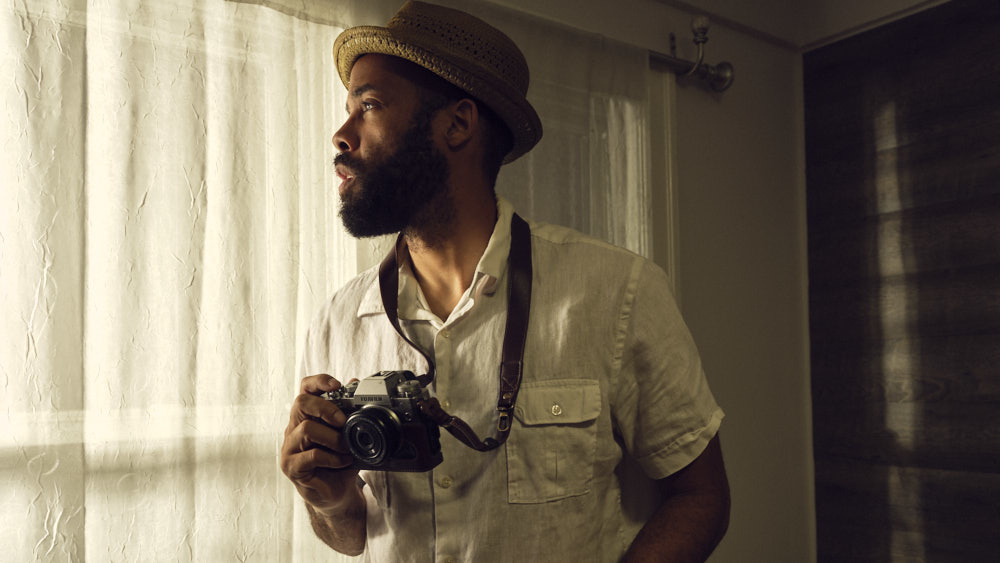 Okay, this one might seem obvious, but the clarity of this point isn’t something I always appreciate. I was a filmmaker first before becoming a photographer. I don’t mean to change the subject. I only mention that because photography was initially simply a hobby to take my mind off my “real passion.” Eventually, I got good enough at that hobby that I could make money from it. It became a business. It became my profession. Now, it’s how I put food in the refrigerator. That’s not to say that I don’t love photography on its own. That just means that the love I have for photography is often intermingled with a financial objective.

With paid assignments largely on hiatus at the moment, it would have been very easy to have just set my camera on the shelf and opted to spend this period binging on episodes of “Tiger King” or whatever else Netflix is serving up at the moment. I could have taken up basket weaving or learned to play the guitar. I’m not suggesting any of those choices would have been bad options. A mental break sometimes can do you good.

But my inherent gut reaction has been to double down on creating art. I truly don’t think I’ve produced this much new photography in my entire career. And I shoot a lot normally. But, since the lockdown, my camera has been a constant companion. Every day, I walk over to what I’ve begun calling the “Nikon Pile.” I’ll admit that knowing that I won’t be having house guests at the moment has limited my urgency when it comes to putting away my gear. So, instead, the pile sits there, at the ready, so I can march over, pick up a body, and just get to work.

It helps to pass the time. It’s educational, as I try new lighting techniques and new lens combinations. But hot darn it, it’s also just fun. The other day, I found myself contorting my body into yet another unnatural position in order to find a way to fit a rather large softbox into a rather small corner of my office, and it hit me. I simply love this stuff.

Don’t get me wrong. I like the paycheck too. And I’m greatly looking forward to seeing the dust settle and seeing my clients again on set. But with or without the money, I love photography. I'm guessing you do too. That’s something worth remembering. 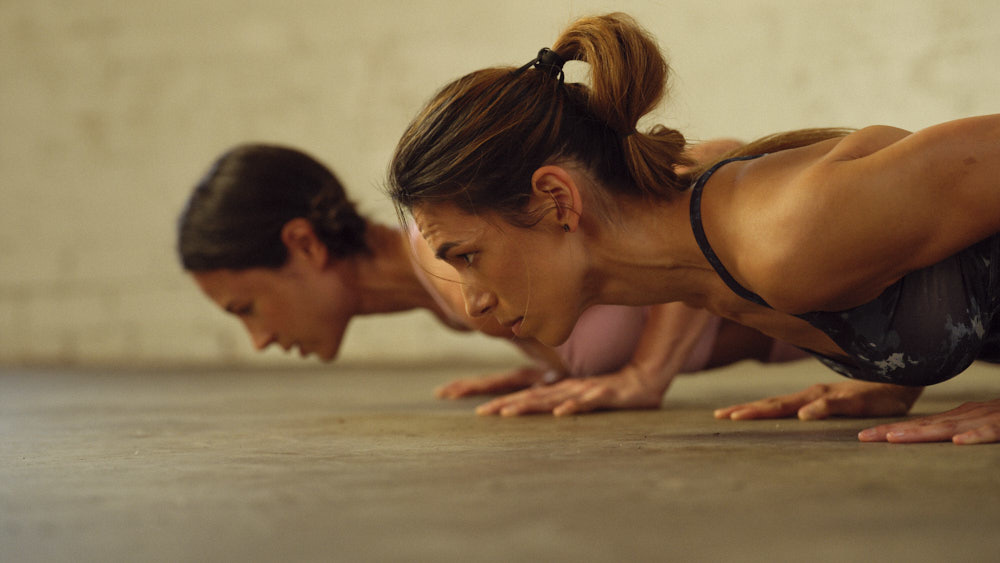 We’re All in This Together

If you’re like me, there’s a good chance that one thing you have discovered during this time is the majesty of the Zoom call. Teleconferencing has never been so sexy. Who would have ever thought that the appearance of my friends and colleagues popping up in a little square box on a computer screen could fill me with so much joy? Social isolation does strange things to the mind.

I’ve been on more Zoom conferences with clients and colleagues in the last couple of months than I care to remember. Everyone continues getting together online both to feel connected and to share stories about how they are dealing with the sudden shakeup to how we all do our work. Photographers have been hard hit for sure. But so have clients. So have stylists and makeup artists. So have producers and models.

I remember when I was just starting out as a photographer, I would often go to lectures to see photographers I admired talk about their careers. I still do this. I remember a photographer who was shooting at a very high level was speaking, and he mentioned how he, too was intimidated by his clients when he first started. Then, he started shooting for these high-profile clients, whom he had previously envisioned having come from another planet, and he suddenly realized that they were just like him. They weren’t mythical gods sent down from on high to bestow money and fame on only the most deserving photographer. They were, instead, simply sons and daughters. Some with college degrees, some without. Some with power, some without. Some were a-holes. Some were not. But at the end of the day, they were just normal people doing the best they could to make their parents proud and provide for their families.

Those words have returned to me recently as I’ve sat on Zoom call after Zoom call, speaking with even the most established photographers and the most powerful clients simply trying to come to terms with having their entire world turned upside down. One positive, if you can call it that, of the current situation is that we are all going through this together. Because this is the real world and life isn’t fair, there are certain sections of our populous that will feel the effects of the pandemic in greater or lesser ways. But we are all affected in one way or another.

And we will all eventually have to find a solution together. What form that solution might take is anyone’s guess. But if we remember that creativity means more than technology, love of the art is worth its weight in gold, and that all of us are just human beings doing the best we can, there’s no question that the future is bright.

Interview / April 22, 2020
How Pro Photographers Are Staying Creative During Lockdown

I agree that gear doesn't really matter and if you love photography you won't burn out, because you will always have passion for learning different lightnings, different software or another lens. I usually switch between different photo editors when I felt bored or tired, like Photoworks instead of LR, etc. There are new ideas to try that appear all the time, if you are interested in the process, you will never be bored!