A photography business requires many things to nurture long-term success, not least of which are determination and business prowess. But after years in the game, can being a successful photographer serve as adequate training for starting another business altogether?

As a photographer who shoots a lot of weddings and portraits, I often wonder if some of the merits of my success have an expiration date. It’s possible that my appeal to young couples may wear thin as I get older, leaving me with only my competencies and business savvy. I know I’m not the only photographer who has wondered: what then?

Spencer Boerup, an Arizona photographer and the man behind successful light-modifier brand MagMod, found his photography business to be a powerful jump-start for the business that now occupies him full-time.

“I recognized that I have a shelf life as a photographer,” Boerup said. “As a single photographer you’re limited by your market size.”

Though his years as a photographer undoubtedly had a great influence on his creation of MagMod, Boerup contends that his passion for entrepreneurship is really what fueled his success. His father and grandfather were also small business owners - a trait that he feels must be in his DNA.

“It didn’t define me,” Boerup said of photography. “I was always drawn more to the business side than the photography itself. With that said, I really enjoyed it and think I was pretty good at it.”

MagMod, for the few who don’t know, is the flash modifier system that’s so simple and effective you’ll wonder why you didn’t come up with it. Magnets are used to securely hold in place grids, gels and diffusers for your hotshoe flashes (Fstoppers review here).

After two Kickstarter campaigns in past two years, Boerup says MagMod is now over the hump of sustainability and has four full-time employees with the confident Boerup at the helm. These days his time behind the camera mostly involves chasing his daughter around with his Fuji and he says he’s “not looking back.”

“MagMod is a completely new door, and the sky’s the limit,” Boerup said, reminding me that even in his newly forged commitment to rubber and magnets he’ll always be a shooter. “I’m still a photographer at heart. You never lose that. It’s like riding a bike.”

Michigan photographer Adam Czap is currently in the process of opening a microbrewery and restaurant in Novi, Mich. His new business, Ascension Brewing Company, is fueled by a similar drive for entrepreneurship and a desire to build a more long-term plan for his future.

“So many people get into business without an endgame in mind,” Czap said during a recent chat at his almost-complete restaurant. “It’s not worth doing if you don’t know where you're gonna go. At 50 years old as a wedding photographer, am I going to be able to appeal to 20-year-old kids planning a wedding?”

While Boerup has put an indefinite hold on his photography business to focus solely on the light modification business, Czap is planning to juggle the roles of brewmaster and photographer.

“I plan to be about about 12 or 13 weddings this year, and probably 20 seniors,” Czap said, adding that he’ll be seen at Ascension doing everything from cleaning and washing dishes to managing staff.

Czap began his trek towards restaurateur as a wedding and portrait photographer who loved to micro-brew in his garage. On some level, he says, all business is the same.

“The principals are the same: treat people good, have a good plan, set goals,” he said.

Both of these business-guru photographers have run successful wedding and portrait businesses by anybody’s measurement, and both question the sustainability of said business when weighed against their new endeavor.

So does your average wedding photographer need an endgame? Your mileage may vary. Photography is the endgame for some - I know a photographer in Northern Michigan who spends his retirement photographing nature scenes and selling prints to tourists. Doing these interviews was eye opening for me in how little I’ve considered laying the groundwork for what’s next for my career - whether it’s concocting a way to be a hip, silverfox wedding photographer in 20 years or starting a new venture of my own. What are your plans for the future?

Whatever the case, both of these stories tell me that making your passion your profession can lead to good things and keeping an open mind about what your photography business may evolve into is paramount to the long-haul.

Get yourself the best modifiers since the index card and rubberband were first introduced to the flash gun at MagMod. 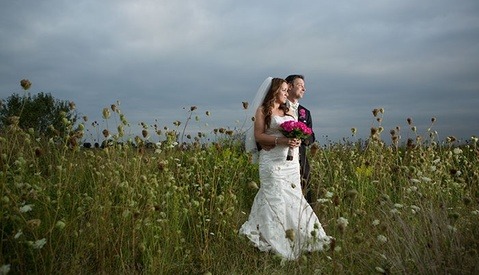 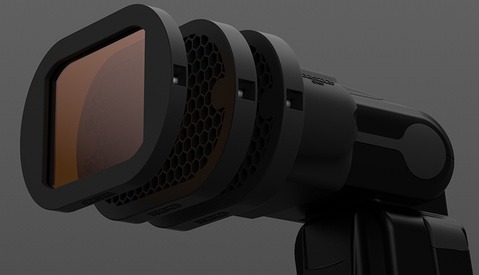 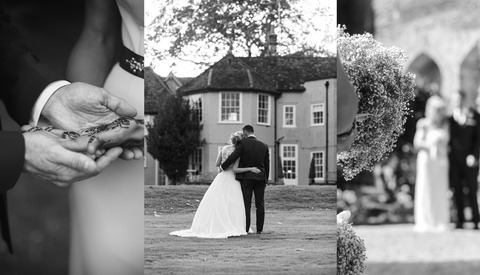 Wedding / April 27, 2021
Have You Been Roped Into Photographing Your First Wedding? Here Are 10 Tips To Help You

Great post Adam. I think about this often. After about 16 years as a photojournalist and running two newspaper photo departments I started my own commercial photography business in 2006. I absolutely love what I do and hope to do it for years to come. I love the business end of it too (and think I am pretty savvy) and always wonder what's next? I think it's good to be thinking ahead and your article is spot on. As you can see from my pic, I don't have the luxury of being a silverfox photog so I will rock the bald thing as long as I can. Kudos to these guys for their entrepreneurial spirit.

Jason Minick , may I ask a stupid question?. How does a being a Sliver Fox equate with it being a luxury and have anything to do with success or continuing to work as a photog? Are you saying that looks matter as a shooter?

Hey Archag I was just joking...Adam joked about trying to be a hip silver fox photographer in 20 years towards the end of this post. I was making light of me being bald. Looks don't matter for sure...thank goodness.... although I think photogs need to dress the part. Sorry for the confusion.

Jason Minick , may I ask a stupid question?. How does a being a Sliver Fox equate with it being a luxury and have anything to do with success or continuing to work as a photog? Are you saying that looks matter as a shooter?

During the California Gold Rush era, the people who really got rich were the ones selling pick axes , not the dummies who actually went out chasing gold. Same thing with selling photo accessories ;)