Who are you? Ok, now who are you? You know that name you've decided to call yourself and now have x amount of people calling you that? How often have you stopped to think about how important your social media name — your brand — is? It's something that, many times, I myself have come to revamp, change the style of, market differently, and so on.

So what's your answer to the initial question? How often have you thought about the name you've given yourself on the many social media sites we as creatives have at our disposal? I know for a fact that I have easily gone through three to four different names for my brand and at least three different styles of posting on Instagram or Twitter before being satisfied with my results (which by no means are that of a "famous" photographer... yet).

It was in networking and just general conversation with my friends and peers in the industry that I began to take that Instagram name, that Twitter name, more seriously. Sure, at first it was just a name I decided to call myself and my "business" at the time, but over the years it became much more serious. It became what the modeling agencies and brands that I always wanted to work for would know me as.

So now what? Now I have some of the people I've always wanted to look at my name looking, and what do they see? Pictures of my food? Photos of a nice sunset I might have been around to catch? Yeah, that's pretty much what they saw. So why didn't I receive the attention I wanted when I posted some of my work when I was working so hard to promote myself and market my name — my brand? Well, I pretty much answered that about two sentences ago!

Think about this: If you went to a new denim brand's account and the first three to four lines on their Instagram feed was filled with random people at a bar hanging out, some photos of someone's cat or dog, and some pretty crappy pictures of slices of pizza at some beach somewhere in the world, would you be inclined to click on the link and look for and buy that pair of jeans? I didn't think so.

A prime example of this is a recent story of a shoot I had with an up-and-coming model who had just moved to New York City from Arizona. This girl was young, vibrant, and full of energy, ready to take on the mean streets of NYC and the cut-throat reality that is the fashion modeling industry. In our conversation before heading up to my roof for our shoot, she told me about her recent encounter with a well-known modeling agency here in New York. She told me about how it was going well and how they liked her look and all seemed to be okay until the conversation about her social media came up. My model is new to most of this, and her account is currently low in follower count while her images consist of mostly a few shots from her shoots, but mostly from her personal life: friends and family. 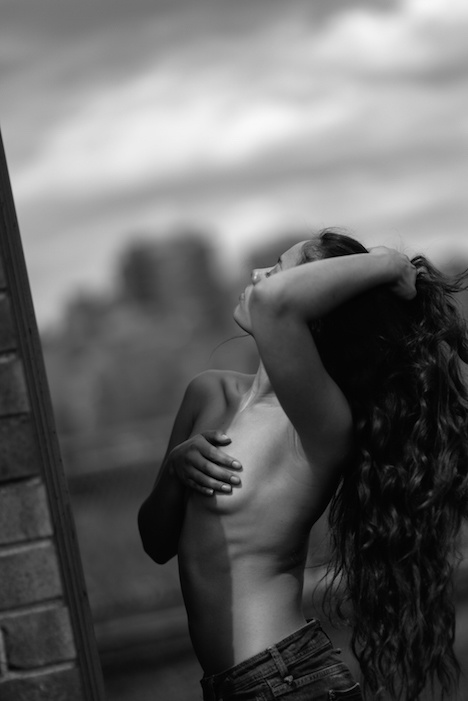 You see, the minute the agency representative took a look at her account, there was a different attitude towards her joining the agency. All of a sudden, having less than 1,000 followers and not showcasing much work on her account was a thing. She has not heard back from the agency yet and is currently seeking other options, all due to her account not being having 20,000 plus followers!

Now, was this the only reason? Probably not. Let's assume positive intent though, right? Regardless, it played a role. So had she had a different number on her followers listing, or a good set of three to four rows of solid work on her account, would the mood or attitude have shifted?

Personally, I think it would have, and that is the point of this article. The reality of it is, our social media name is as important as our interview skills for a job these days, and it's something we all as creative professionals have to take into consideration when we are going to these interviews or trying to get in contact with the brands/agencies we want to work with. So next time you think about posting a picture of your beer for the night on your one account where you also post your work, think twice. You never know who might be scrolling through your account. 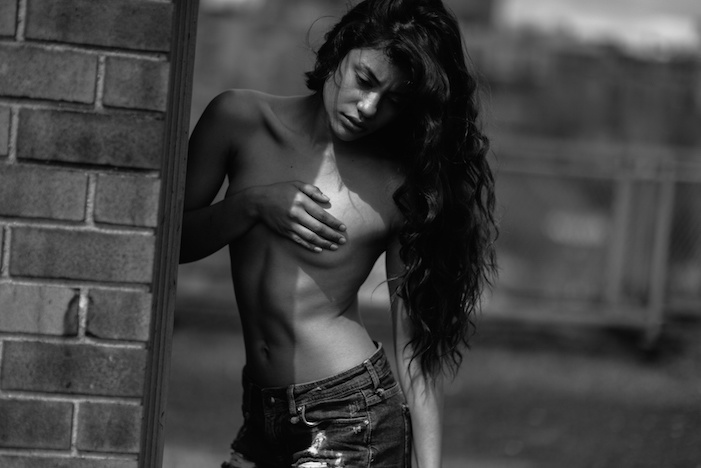 By the way, allow me to introduce myself! I'm Matt — new Fstoppers.com staff writer, tech enthusiast, software trainer, and fashion/editorial photographer. I am beyond excited and honored to be considered an Fstoppers.com staff writer. I hope to bring you all more stories about real-world situations as well as cool things people in our industry are doing. I hope to be an integral part of the Fstoppers community! Check out my work on the social media links provided on my account and feel free to share your thoughts and your own accounts. I'd love to see everyone's work and meet/converse with you all. 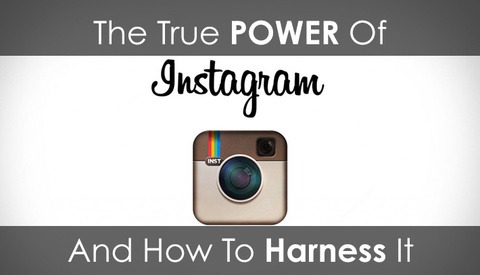 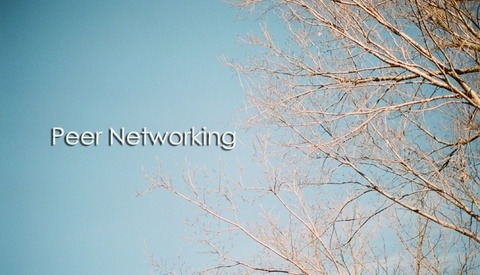 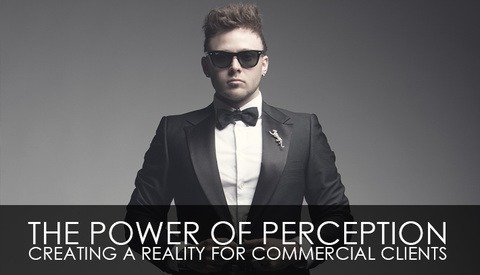 Portraits / June 10, 2014
The Power of Perception – Creating A Reality For Commercial Clients
Log in or register to post comments
13 Comments

I work with a lot of young photographers and couldn't agree more. Your so ial media account is an online portfolio and resume. People go there to learn more about you and your work. Keep a separate one for your personal life and make sure the one available to professional contacts is professional.

However, from the agencies I've spoken with, number of followers is less important as long as you have some.

J Drake I fully agree and looking at the authors website it seems that he take photos of girls and not fashion. So sick of people not understanding that shooting fashion is showing great cloths on beautiful girls not the other way around. FStopper fail.

Yep, not sure that the photos really have anything to do with the article...but you get that.

There is an argument that says showing your personal life in social media actually makes you more of a real person, and allows (potential) clients to find out a bit more about "you". But then we all know how "real" social media content is, and how easy it is to completely doctor a very different version of "you" online, compared to what your real life looks like. That's where I thought this article was heading, but apparently not.

Personally I'm sick of seeing content on social media that shows how amazing a persons life is, when I know them in real life and know how much sucky stuff they complain about non-stop...but to the social media world they have the most amazing life and the followers are totally jealous of them and their perfect family and exciting adventures. It's all fake, or at best looking through rose-coloured glasses.

I once read a study that basically says people think there is something wrong with you if you don't have a Facebook page.

I have heard that too... Terribly sad.

Hey all, you are all right for the most part... the images dont have anything to do with the content of the article. They are there because she is the model I am speaking of in the article. The shoot was a test shoot, not really a fashion shoot. Also Id like to think that on my website... the first page, book 1 is dedicated to fashion, as the nudity isnt really present. But as with everything, thats open to interpretation.

The point of the article is really to talk about how social media is being looked at in real world scenarios, thus the story of my model. I couldnt agree more with you Chris on how people portray one thing on their accounts and yet live a whole other. Sadly though this is known as the game of perception, and if you know anything about it... you know how easily that can actually work for someone.

Anywho, thanks for the reads!

Considering the nature of the article, posting a link to the models facebook page and the models name would be advantageous to her career correct? It seems a tad disingenuous to talk about how the modelling agency apparently looked down on the model because she hasn't promoted herself enough, then you use her images to promote this article but you don't promote the actual model at all. I'll give you half a point if the model said she didn't want to be credited here: but at least post a disclaimer to say that you were respecting her wishes.

Hey Mark, I see your point. The model and I actually discussed using the images for the article as well as the story being told. We agreed to not using names as she (at the time) was not yet signed. Interestingly though, she notified me today that an agency I had referred her to picked her up and signed her.

The images were never used to promote the article, though I'm starting to see that any images of a girl (especially if not clothed in any manner) draw attention. Never my intention, as I've said before. It was solely to add to the articles story.

All of my personas tend to wear a shirt. Just sayin'.

In most Asian Region, Most Agencies still prefer get referral from OG or traditional postcard, website. Sometimes Facebook Pages.

Always ask the A.D, Client and Producer during production day whether they check my IG or Twitter. I got 'No" answer most of the time.

I think this holds true to an extent. But, to be honest as this has been said in some of the comments that have already been posted, it's not true all the time. Social media is not what a person/brand really is. I know that the writer of this article has his best intentions at heart to let people know that for you to get the work that you want you have post for the people that you want to work with. Unfortunately, social media allows for fabricated lives. Unfortunately even this article promotes that. Now, don't get me wrong there is some things that you should and should not post on a social media account especially if you name is your brand. But, if you stray away from who you REALLY are, and just show the positive things that go on in your life. Who honestly are you attracting? If one does not see that you are in fact a real person, going through the good and the bad. When the "shit hits the fan" outside of social media and its noticed that way, you work goes away. I think there comes a point where "being fake" on social media by just posting the positive things and no negative, actually gives an adverse effect on what you want and who you want to attract.

Couldn't agree more. It has certainly made me think about my own Instagram account and why I'm probably not getting the following I want. I have too many varying shots and I certainly don't have a definitive style, something I need to work on this year.

Well done on your first article, looking forward to many more!