Wedding Photographers And Videographers Need to Stop Blaming Each Other

Wedding photography is not what it used to be. I don't mean this in a good way or a bad way, it just seems like with any advancement in technology comes a new challenge. Many couples today want both still photos and video of their wedding. This makes sense since it is often the biggest day of their life. Does that mean we now have videographers to deal with in our shots? No, it's a two-way street. We, as professionals, both have to work together to deliver the best possible product to the lucky couple. Saying someone got in the way means you didn't try hard enough.

No matter how good, bad, or mediocre you are at wedding photography, one thing is for sure: you have a very, very big job that day. That job is to capture a once (or more, no judging here) in a lifetime event in the best way possible. It is not an easy task. I don't think anyone who hasn't shot a wedding can truly understand how heavy the camera can feel, how fast some of the moments fly by, or how hard it can be to pose and direct a group of rowdy adults just looking to hit the cocktail hour. 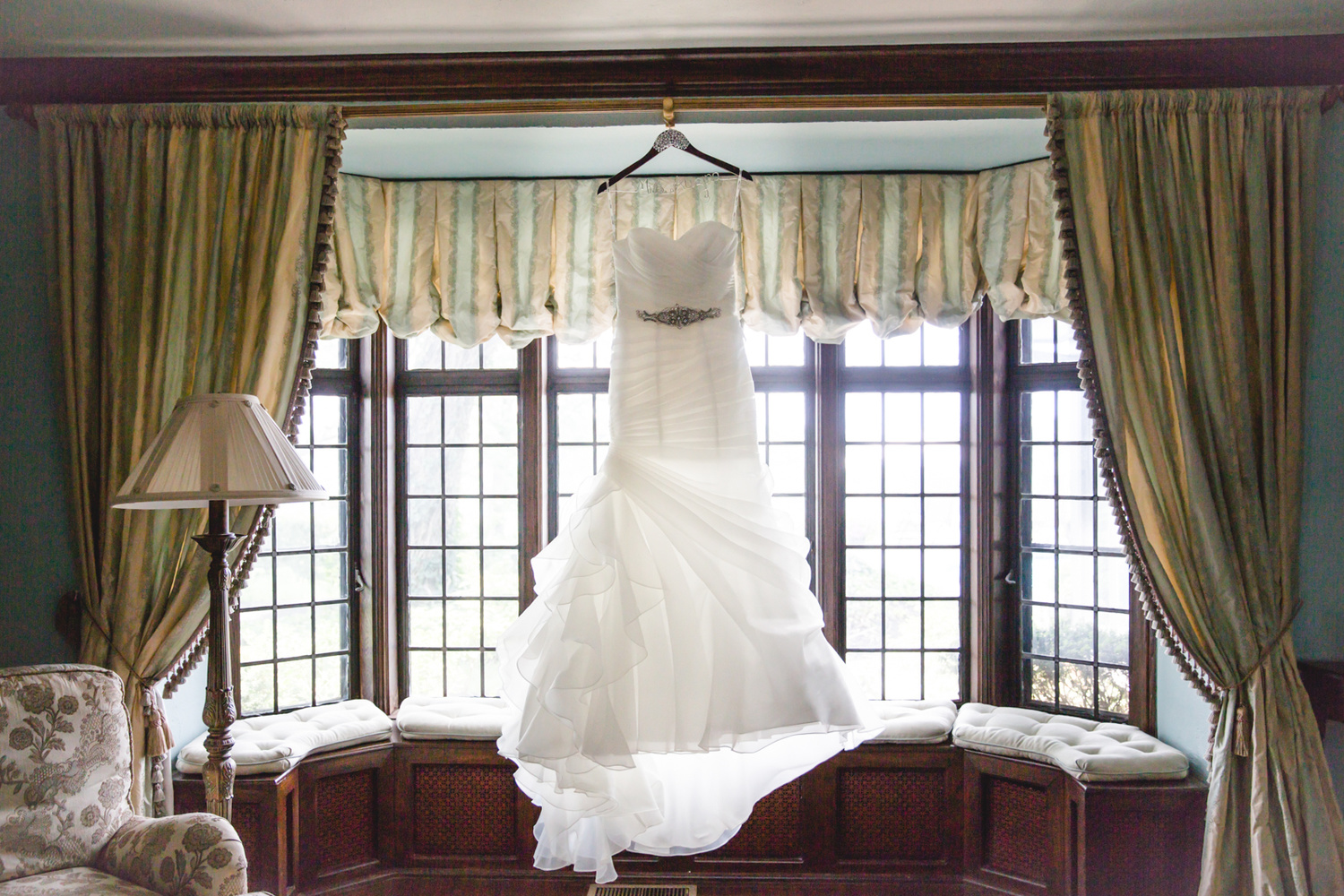 I say that as someone who was a late into the scene, and really had no idea. As Bad Religion might say, I am a bit of a 20th century digital boy. This means I am truly baffled by how you old school photographers actually shot a wedding on film. Today's cameras with huge memory cards are ready to save away literally thousands of photos during the often 10-plus hour affair. Having this much space is both a blessing and a curse. The process used to be the film gets developed, proofs are sent to the couple, favorites are picked, and prints are ordered. Now the process for picking the deliverable photos enters the equation. This can be a giant time-consuming process often involving multiple shooters with thousands of photos to organize and cull. Also, there are no developers for all those raw files unless you hand off to a third party which is above me for now. So you have to take the time to edit everything.

Expectations have changed over the years as well. I grew up in a large family so when I was younger I remember being in a lot of weddings. Photos would always be more of a record of us all being there in groups shots, and some standard bride and groom poses. Nowadays, brides have Pinterest boards full of shots they like and want. They have seen their friends post amazing shots on social media, and want the same from you. 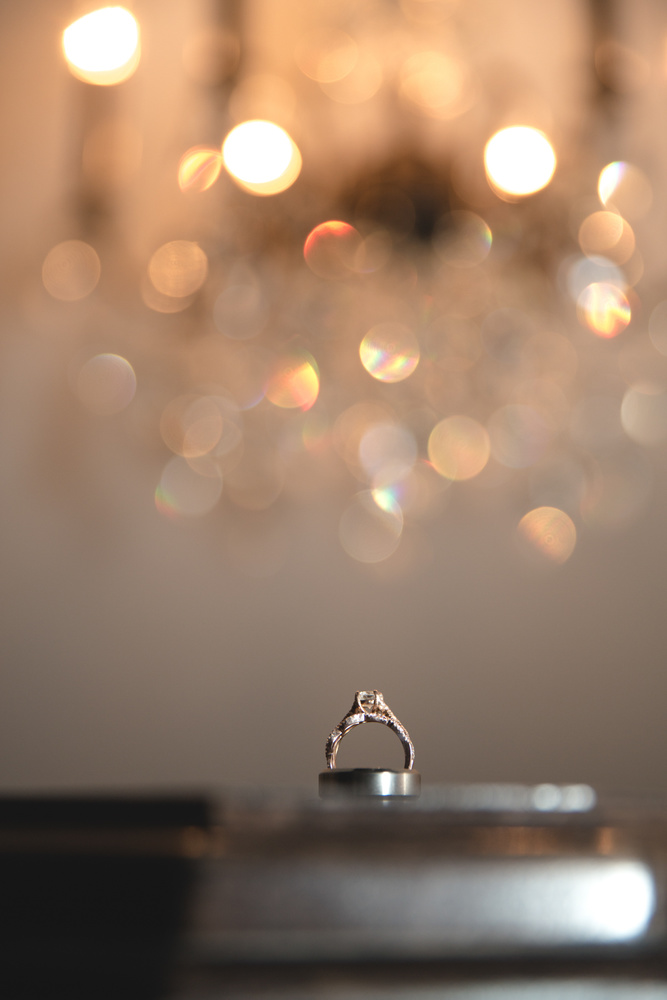 Many of you are nodding your head right now calling me captain obvious. Well now, as if the challenges hadn't already added up enough, it is time to add that videographer you barely spoke to that is getting in all your shots. Or maybe you did speak to them and you both agreed to stay out of the aisle. The problem is they face all the same challenges you do and have a lot of pressure to capture the exact moments you need to. Depending on your market, the videographer might use a single small handheld device or use a team with production quality RED cameras. I wouldn't be surprised if someone, somewhere, even had a dolly involved. Either way, the gear or the price does not make one of us more entitles to the shots. It is our job to collaborate and work together.

My wife and I shoot weddings together. I will usually have a Canon 70-200mm f/2.8 and she uses our Canon 24-70mm f/2.8. We have shot in some pretty small locations where there just isn't much room to get around. There is always a running attempt to not be too noticeable or distracting to the guests. I'll admit, I've often been conscious of staying out of the video, but not so much that I'll risk missing important shots. There are key moments in any wedding that need to be there for the whole story. When the bride first walks down the aisle you need to also be capturing the groom's face. The longer parts of the ceremony itself aren't a great source for photos or the final wedding video, so the moments like the ring exchange, the kiss, and the final walk down the isle then become the main times when we could run into a problem with the videographer.

The bride and groom are often extremely busy and nervous making sure everything goes smooth. This is funny because it is supposed to be their day and all about them, but they are usually the last people on their mind. One of my favorite parts about shooting weddings is when we get to steal away the bride and groom for a bit to get some individual photos. We always take the opportunity to remind them to enjoy the day for themselves. Too many couples seem to get caught up in the whirlwind of the day and barely take a moment to relish it. 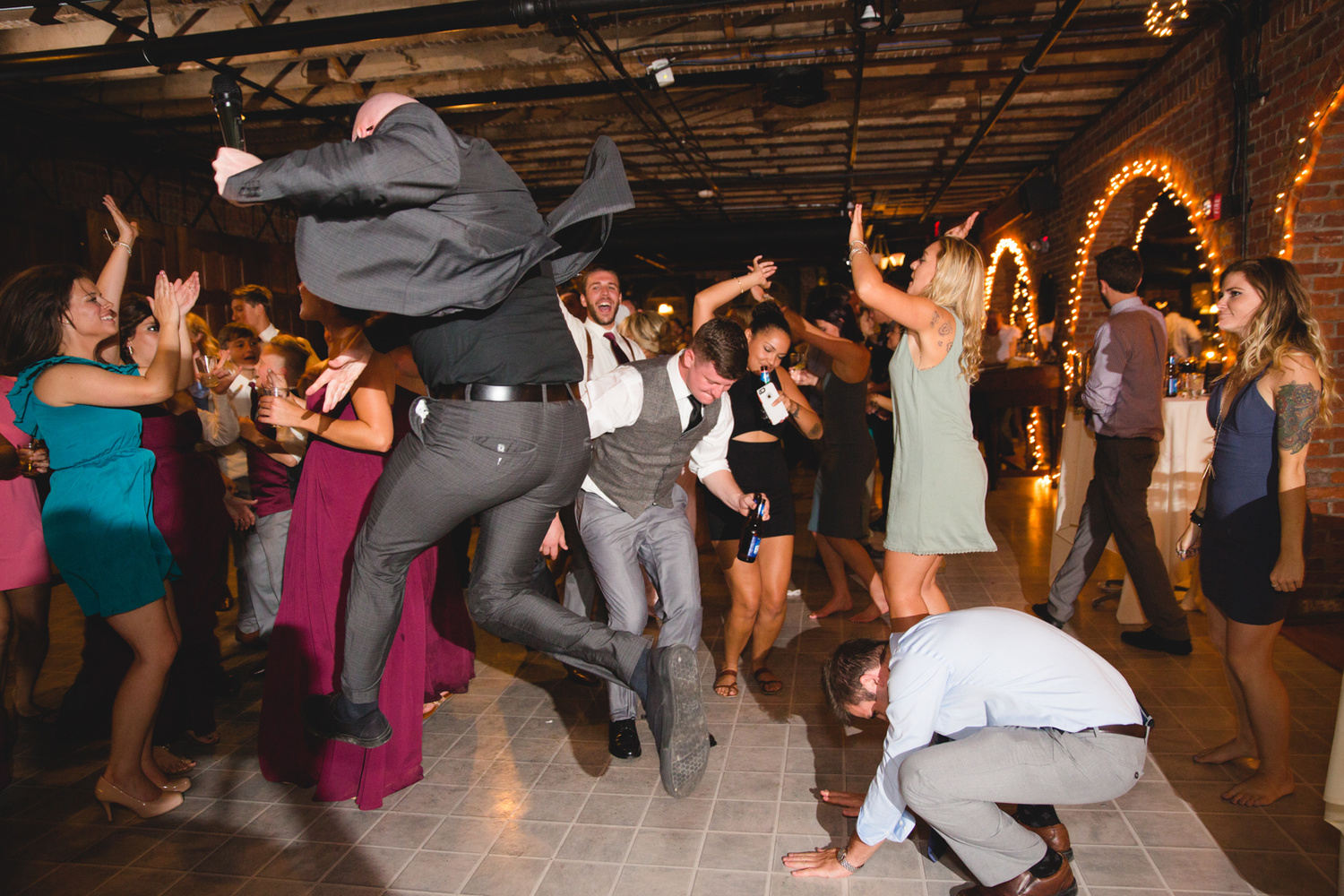 I've heard of photographers speaking to the bride beforehand to make sure the videographer keeps out of the shot. I would recommend against this as it simply adds one more thing to their plate for something that should be well within your professional wheelhouse to handle.

There are a number of ways to handle or approach this. I'm pretty sure shock collars are still not approved for human use, so as easy and possibly fun as that might be it isn't an option yet. You won't be able to verbally tell each other to get out of the way either once the ceremony has begun. It is best to just seek them out as soon as they are at the church. Introduce yourself, trade some equipment compliments back and forth, and just try and sell the team feeling right away. After all, when you signed on to photograph this wedding you essentially joined a team. Teams work together for the win. In this case, the win is both helping deliver the best day possible for the couple and their family and capturing the moments adding up to this wonderful day. 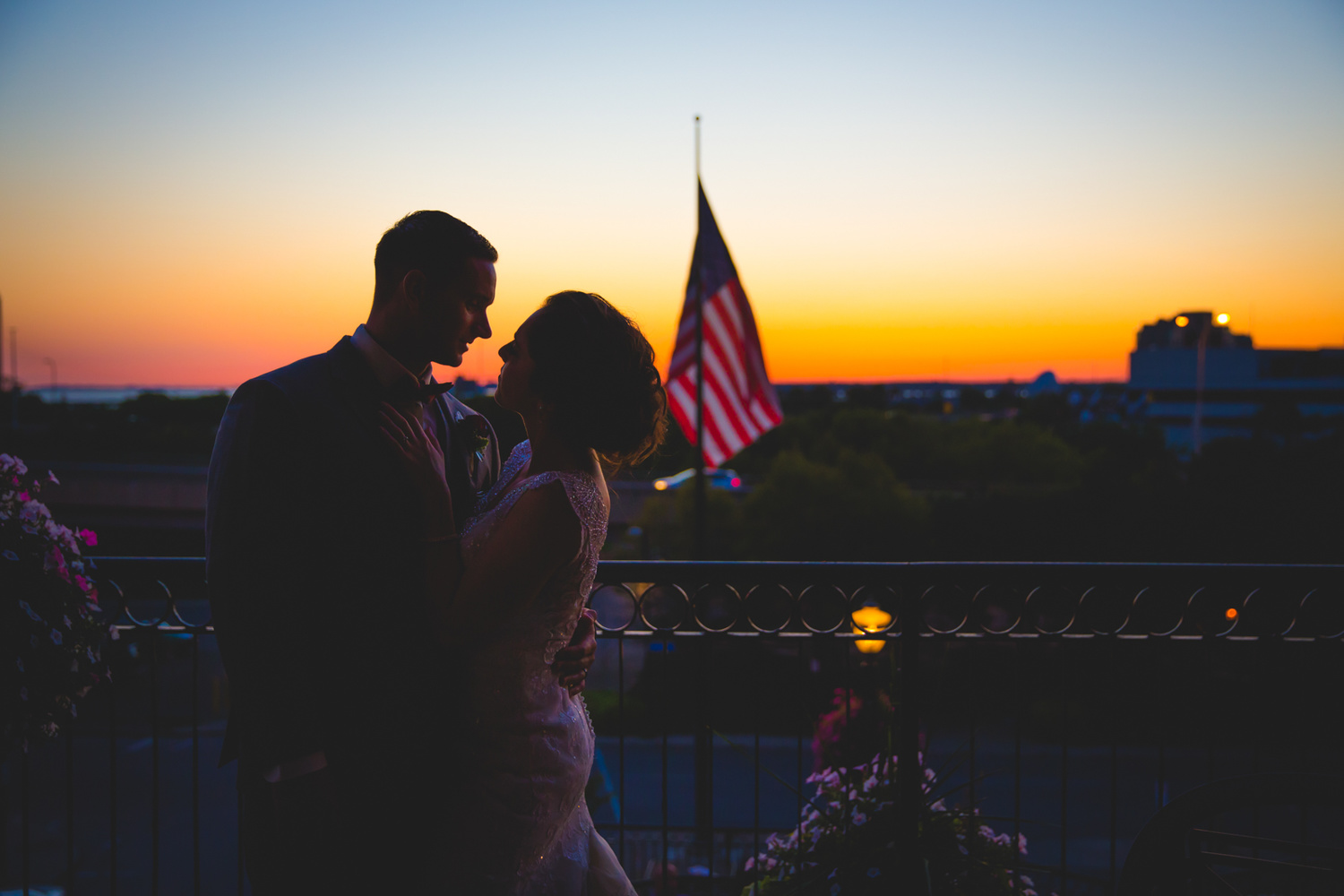 So now it is up to you. To all wedding photographers and videographers out there. No more posting in private Facebook Groups featuring the backsides of someone you felt was in your way. Talk it out beforehand or huddle up if you will. Try and come up with a game plan and maybe even some signals. Share the show and realize that what they get may be just as important to your clients. Don't ever show distress or attitude in either direction because that is simply losing sight of why you're there.

Anyways, what we really have to worry about is all the guest's cell phones, iPads, and good old Uncle Bob with his new digital SLR that wants to capture every group shot you setup just in case.

All images used with permission from Nicole M. Stuart. 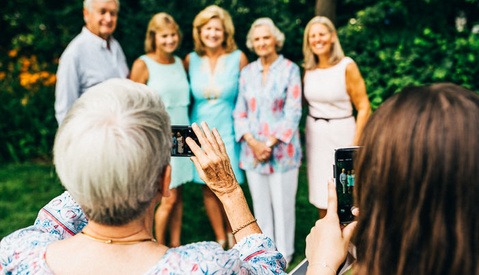 Business / October 24, 2015
Dear Wedding Photographers: Get Over It 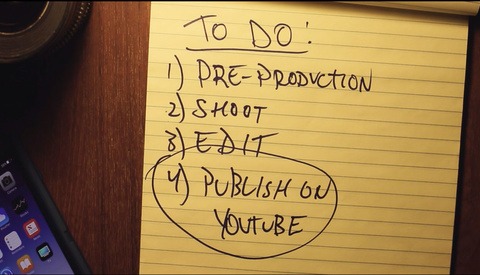 Opinion / September 28, 2018
Why 'Done' Is Better Than 'Perfect' in Photography and Filmmaking 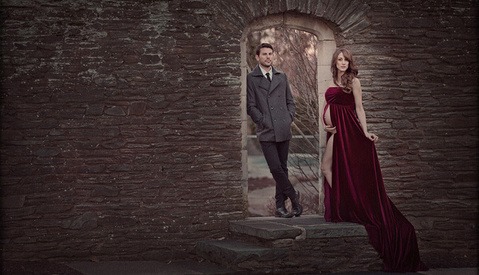 Business / January 24, 2017
Getting Pregnant Isn't the End of Your Photography Career 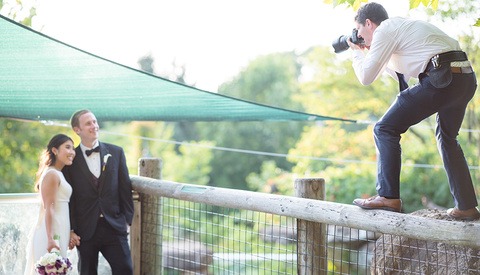 Business / October 19, 2018
How to Survive the Slow Season as a Wedding Photographer 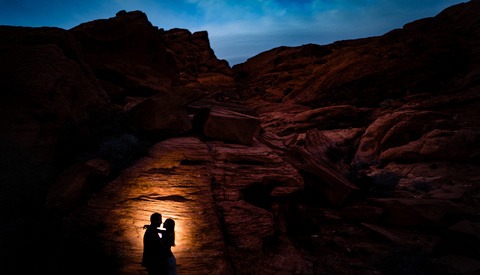 Lighting / May 20, 2019
How to Make Great Wedding Images in Not so Ideal Conditions 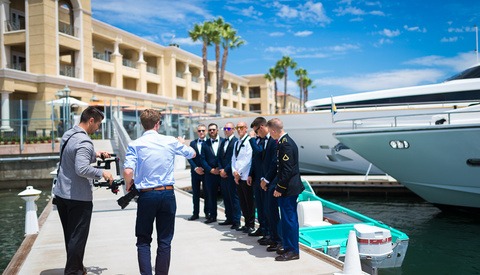 Wedding / August 1, 2017
Tips for Working Alongside Videographers at Weddings and Events
Log in or register to post comments
4 Comments

I started with video and then switched to doing both. Photography is stressful, but video is more physically stressful imo. the big thing to remember is that your both working for the same person that day. you can and should work together because most of your shots can overlap in some way. I always tell photographers "Im sorry you have a problem with my _____ (Lights, tripods, mics), but every other professional Ive worked with didnt have a problem with them and still got their shots....

Basically telling the other hired vendor to work around you doesn't that sound just a little snarky, cuz you really aren't "sorry"?

Great article! I do strictly wedding videography and the biggest pet peeve I have is that I always feel 2nd best to the photographer. I don't mean to blame, just a few things that I've noticed over the years.

For example: rarely do photographers ask if I need an extra second or two to get the shot, they move so fast I can't keep up with them (video takes more time for equipment, shots, etc), information is passed to the photographer about the wedding day schedule more often than the videographer, communication is focused between the couple and the photographer often leaving the videographer struggling to find out what's going on. Also, it's been my experience at least where I live that some photographers are so focused on getting their shots that they forget about the videographer. Don't get me wrong, I've worked with some really awesome photographers that are wonderful team players, but every once in a while I find someone that can care less that I'm there.

There is certainly a disconnect and we both owe it to the client to work together for the best result. Thanks for reading and commenting. Glad you enjoyed.