Every now and then, it's nice to be reminded of how spoiled we are and how much information really lives inside our raw files. Whenever we capture a raw image, we have a plethora of information at our disposal. That's all well and good, but this one example really helps bring it home.

If you're looking for the most control over your image, you're shooting raw. Period. There are benefits to shooting JPEGs, no doubt, but those benefits revolve around increased speed, file size savings, and the ability to share immediately without processing. For those of us that are obsessed with image quality and the control required to bring out the best in our images, raw is the only answer.

The below photo was the first image on a demo shoot before any exposure settings were applied and ended up being roughly four stops overexposed. The image is straight out of camera, a Phase One IQ3 50MP A-Series, converted to JPEG via Capture One Pro 12. License plate blurring applied in Photoshop.

Several months after the shoot, I was skimming images and came across the above photo. It was a slow day, so just for fun, I thought I'd try to bring the exposure back down and do my best to salvage the image.

I've been working with raw files for over a decade and with medium format camera systems/Capture One Pro for the better part of that time, but even I was surprised at how well Capture One was able to bring back the completely blown out information, and with only one slider. 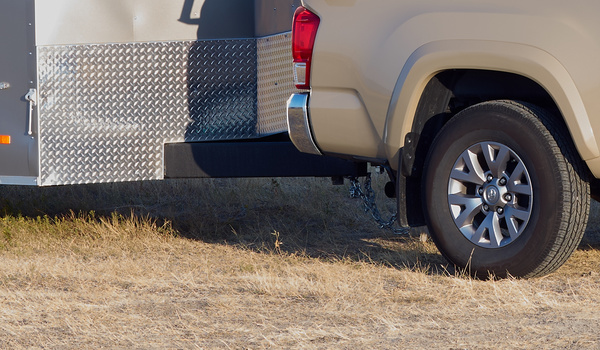 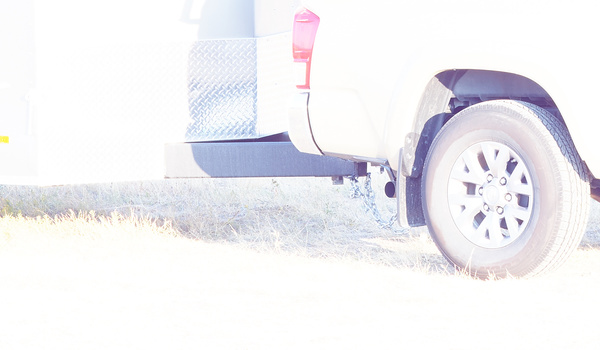 The below image contains RGB overlays in the same pixel locations for each variant. 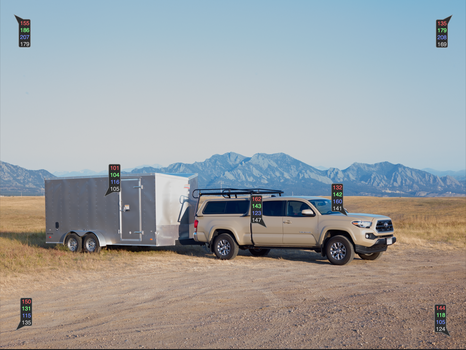 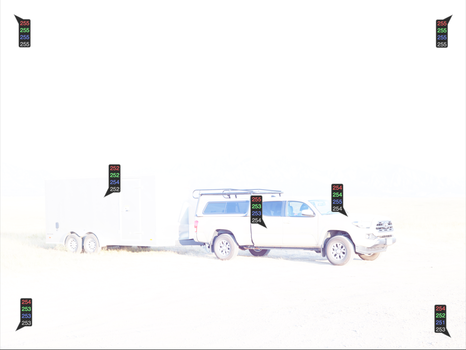 Fully clipped areas were brought back with significant information still left over.

After how well the initial correction turned out, I decided to finish the edit to see how "complete" I could get what would typically be an immediate throwaway image in Capture One. After some masking, white balance adjustments, gradients, color balance, saturation, and a few other edits, I reached the below image.

Is the image quality perfect? Far from it. The mountains behind the truck have lost most of their color information other than what is in the blue channel, especially the middle portion above the truck. Plus, had the image been exposed properly to begin with, nowhere near as much work would have been required to make the sky an asset to the photo.

However, considering the SOOC image, the final result is, at least in my mind, nothing short of miraculous.

On medium format, everyone talks about the ability to lift shadows, it’s nice for someone to chat about the other end of the spectrum. I miss that part of medium format.

Well, guess it wasn't completely blown out then, any RAW converter could do that.

Actually that’s not true. Since Phase One makes both the Digital back and Capture One Pro there is a deep level of communication between them. Other Raw converters don’t know how to handle the additional data embedded into the IIQ Phase One file, so only Capture One can correctly render and edit these Phase One Raw files.

And by completely blown out, I meant clipped, which you can see is true by the RGB and L values hitting 255 in various portions of the image.

What was your result inLR?

LR isn't on my machine since my entire workflow is C1 based, however I did look up Camera Raw's supported cameras and the IQ3 50MP is listed as supported. However, I still wouldn't recommend using LR as a raw converter for Phase One digital backs. I've seen LR completely fail to correct certain artifacts, especially noise in P1 IIQ files.

That's not the real RAW value, that's the image conversion with some settings (and especially gamma curve) already applied.
Real RAW value is measured in ADU and given the camera it's probably a 16bit file that ranges from 0 to 65,535., you can look at them directly with programs like RAWDigger.
You only have real clipping if you reach those 65,535 ADU in the RAW file, anything below that isn't really clipped.

Hi Paolo, I was merely stating that in the Capture One interface, on import, the highlights had reached their maximum render-able values (clipped) at 255 almost entirely across the board, yet clearly still had recoverable information because of the massive amount of information left in the raw file.

As the title states, this example is meant to show the capabilities of both the medium format raw file as well as Capture One's ability to harness it.

You are right, Zac. "Clipped" means that there IS NO INFORMATION to bring back. If there is any color info whatsoever, then it wasn't clipped, period.

Hi Tom, It's common to refer to highlight, shadow, or color channels as "clipped" or "blown out" having reached their maximum represent-able value (255 as in 8-bit rendering, though most raw converters work in 16-bit).

I was merely stating that, on import, the highlights had reached their maximum render-able values (clipped) at 255, yet clearly still had recoverable information because of the massive amount of information left in the raw file.

That really IS remarkable! Thanks for sharing your results.
May I ask...since you mentioned having used Capture One for some time...have you found newer versions produce better results than older ones?
Just wondering, since I'd noticed differences between old and newer versions of Adobe Camera Raw.

Hi Heratch, In short, yes. Absolutely. With every new iteration of the Raw processing engine the image quality improves. Raw images you’ve taken years ago can be improved just by opening them in an updated Raw converter. Of course with the newer releases you also receive better control, more advanced masking, and more.

Of course, the level of improvement varies depending on the changes made to the converter. Some updates are more UI centric while others revamp the processing engine primarily.

I love to go back to old photos and see what I can do with them. Not only is the software better now but typically if you are always trying to improve your own ability to deal with issues has improved.

This more to do with how good the Phase one raw file is. They are full 16 bit files... I use C1 v12 and love it, The raw processing even when im processing my canon files is amazing. I have been using C1 for 8 years now and over the summer after getting a loupedeck I spent a bit of time with Lightroom... and its a bag of sh*t. I have just upgraded to the Phase One IQ4 150 and so far the files are insane... :-]

I'm curious about what would be the result if this shot was taken with a Canon 6D or that kind of camera... hmmm I'll try something similar. Really impresive

try a flat profile for your camera in LR or camera raw...it's amazing

I probably should have included a sample of the linear response curve in this article. An amazing way to take control over or under exposed images as well as images with extreme contrast.

Not bad. About 1 stop more than some of the better FF and APS-C cameras out there.

It’s called Ettr and it works fine on full frame with camera raw / lightroom (or any software you like). Ettr its the best way to use the information a sensor can record. Maybe the medium allow a wide exposure range.

To get 4 stops back is really astonishing. I wonder if you can repeat this test on a Fuji GFX for example.