Thirty three and a half years as one of the most successful models on the planet and Naomi Campbell has only just completed a mainstream fashion shoot with a black photographer for the first time.

Few names come to mind quicker than Naomi Campbell's when you think of supermodels. Both Campbell and Kate Moss have been titans in the industry for decades and remain relevant and important today. With such an expansive career, you can't imagine there's much Campbell hasn't seen in the fashion world, least of all a shoot with a black photographer. However, Campbell's recent shoot for British publication The Guardian in their "Weekend" magazine was just that, teaming up with photographer Campbell Addy.

Campbell writes "It’s my first time in thirty three and a half years, shooting with a black photographer in mainstream fashion." I had to double take reading that the first time. I'm aware of imbalances in professional photography and here on Fstoppers it has been discussed many times, but I don't think I quite appreciate the disparity in representation of different ethnicities. Fashion as an industry has been called out on this regularly this century, with a lack of diversity in almost all facets of the profession. I just hadn't considered how prevalent that imbalance might be in photography too. Upon sharing the image, Addy wrote:

It’s a very surreal moment after the longest flight of my life and to see this be shared with you all. Firstly to have shot the icon that’s Ms Naomi and two for her to reveal that it’s the first time in over THREE decades that she’s been photographed by another black person in mainstrean[sic] fashion... let that sink in people... I am very blessed to be alive and working today, so thank you to everyone that’s made my existence possible. Here’s to many more shoots together

Is the lack of diversity in photography something you have noticed? Share your thoughts in the comments below.

Opinion / August 1, 2018
Black Photographer to Shoot Vogue Cover for the First Time in Its 126-Year History Thanks to Beyonce

Business / July 5, 2020
The Path to Success With Natasha Gerschon

I have a question: what do they mean by “mainstream”? Naomi was on the cover of last years Essence magazine’s September issue shot by Jamel Shabazz. Does this not count? 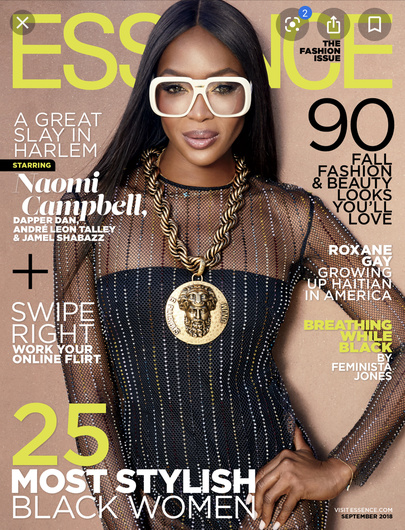