Photographer Turns Huge Symphony Hall Into Darkroom, Before Taking and Developing a Portrait on Stage

Here’s the story of how one photographer turned a huge symphony hall into potentially the world’s largest darkroom. From the stage, he took a tintype portrait and developed it in front of a 1,400-strong audience.

It was at the STORY conference in Nashville, TN that Blake Wylie orchestrated the stunt. He was one of a number of professionals invited to speak at the event.

Writing about the project on his blog, he said:

The planned shoot was going to be of a live musician who would be performing on an open stage. I normally shoot with strobes in rooms where the ceiling and walls are close. I get more light from some of the bounce. I also have the luxury of ensuring the subject is, for the most part, sitting still when I expose the plate.

As for turning the symphony hall into a darkroom, he said an expert lighting and video team stepped in to help, dimming the house lights and bringing up all the red lights. “Wet Plate photography has an effective ISO of under 5, so as long as we didn’t get anything full spectrum or UV, we should be good,” he wrote. 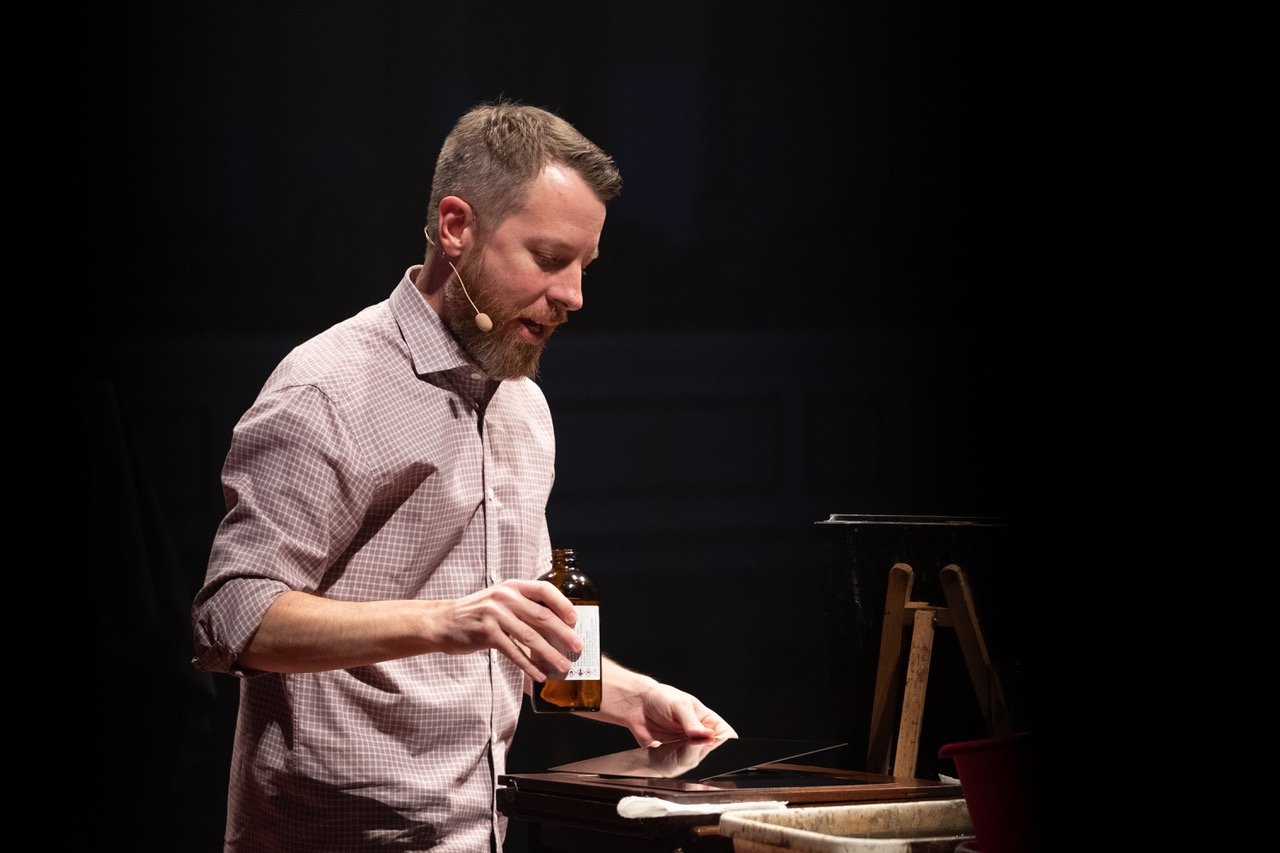 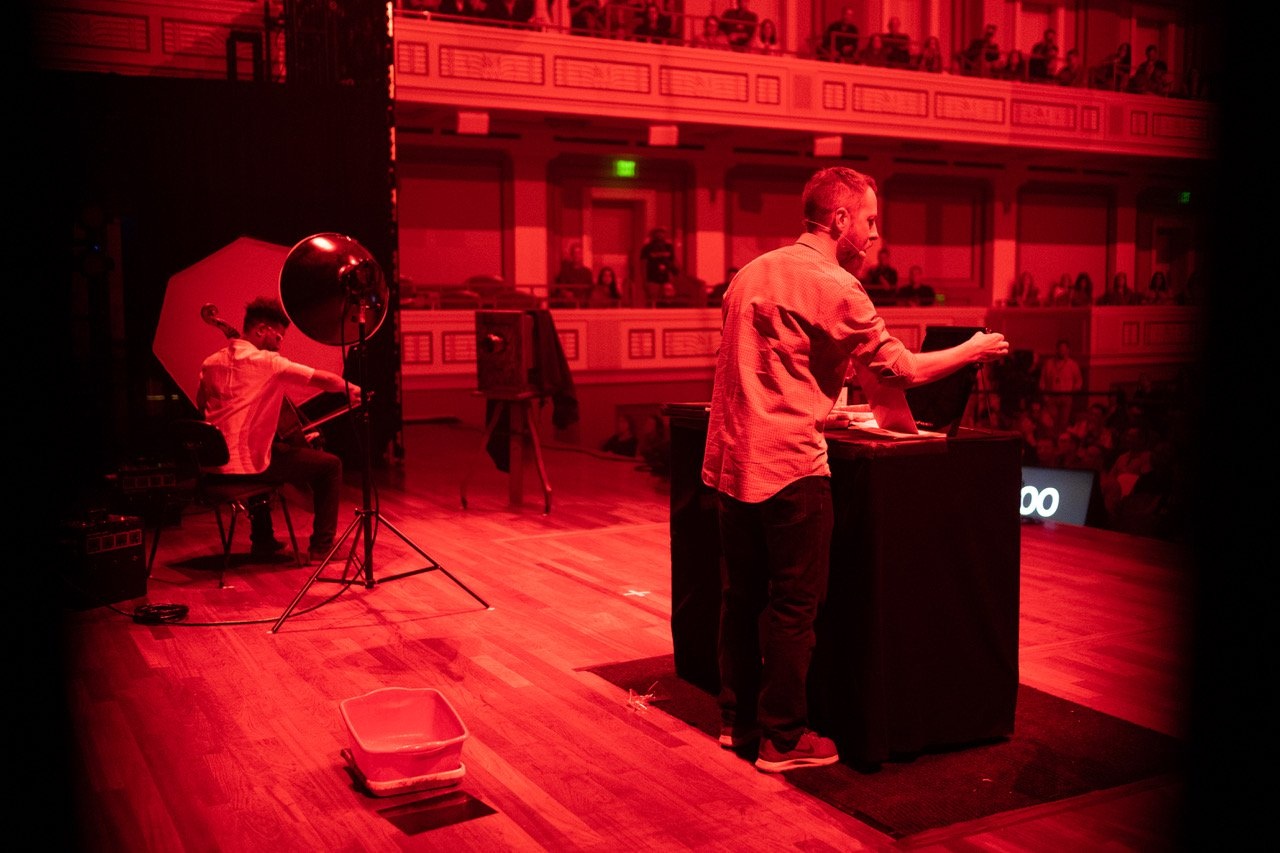 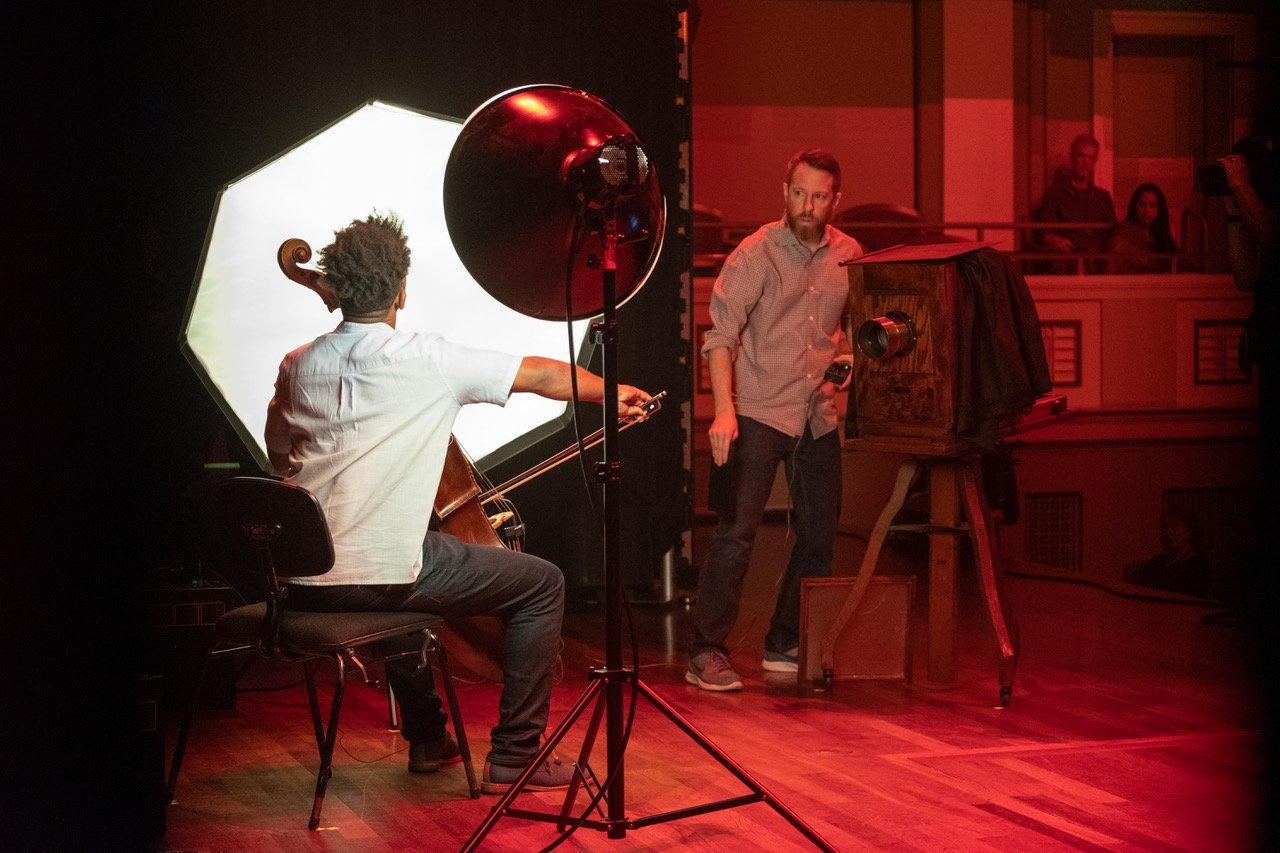 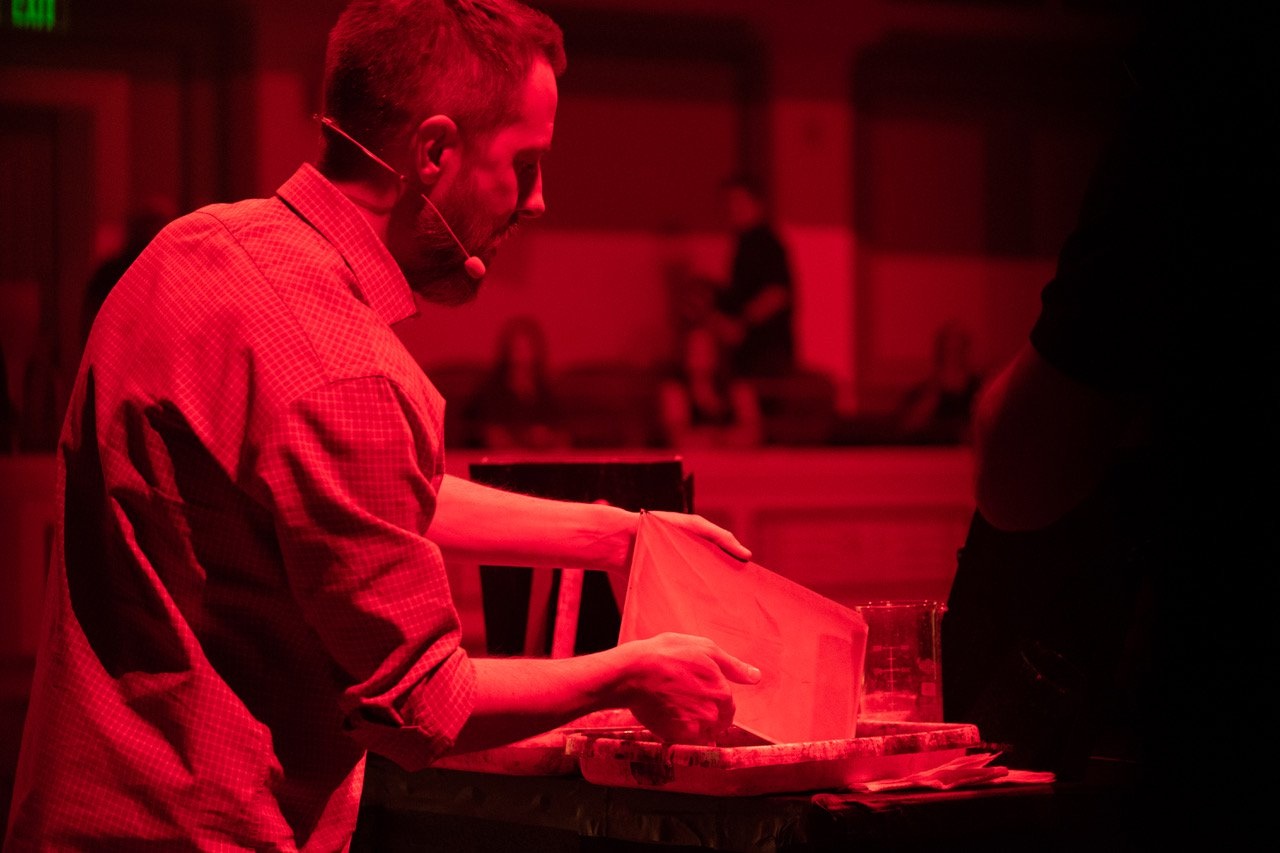 Wylie revealed to PetaPixel that his equipment consisted of a Century Studio camera from 1907 with a converted back for wet plate use, a reproduction Dallmeyer 3B lens (one of only 50 that were made as part of a crowd source campaign from a couple of years ago), and two old Speedotron strobes: one 4,800 Ws and the other 2,400 Ws.

His subject was cellist Okorie “OKCello” Johnson. Below is the portrait, which, to the surprise of the audience, was a triple exposure. 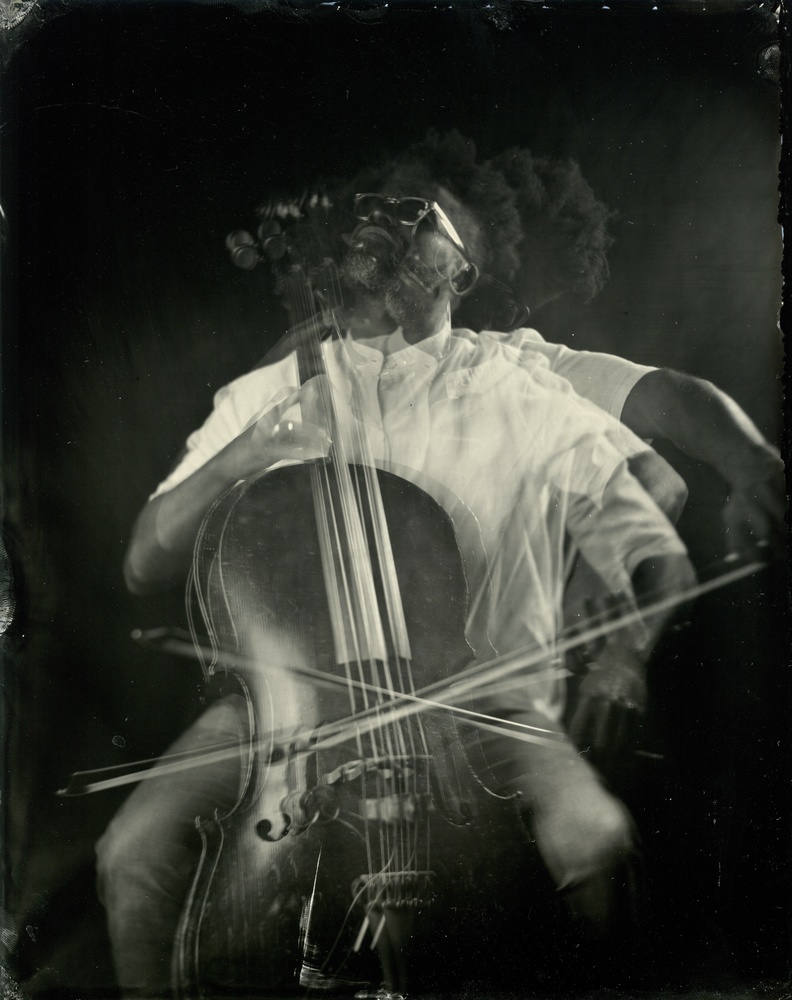 If you’re a fan of this, visit Wylie’s website or Instagram. Special thanks to photos from Adam Davis and Ashel Parsons.

Lead image by Adam Davis. All photos used with permission of respective artists.

I was there for that! Very Cool.

If I remember correctly, Adam Savage from Tested/MythBusters did a live show with a wet plate photographer in a concert hall doing the same.