In late 2014 at an auction in Ohio, Levi Bettweiser of the Rescued Film Project, stumbled upon one of his greatest finds. Up for bid were 31 rolls of 70 year old undeveloped film from World War 2 shot by an unknown soldier and photographer. The Rescued Film Project is an effort to find and salvage undeveloped film from as early as the 1930's. They strive to recover even those films which are damaged by age or the elements, as in the case of this large find of film from WW2.

Though some of the rolls were labeled with various locations, and a few included a letter and poems wrapped around the canisters, there was no information directly identifying the soldier who took the pictures. Bettweiser did notice that one man in particular appears in several of the images and speculates that this may be the unidentified soldier who took the images.

Though not all of the film was able to be rescued, a good portion of it was, and resulted in some amazing images that otherwise may have been lost forever. Please watch the video to see more information about the process of saving the film and head over to the Rescued Film Project website to see more of the images that were developed.

The last rolls of medium film I shot (around 10 rolls) 15 years ago remain undeveloped. They were taken during a time when my wife and I experienced something supernatural, believe it or not. They have sat in a little box in a closet all these years. They were taken with a Fuji GA645.

Edit: this article made me go open the box and unwrap the film for the first time since I wrapped them over 15 years ago. Here are some of the rolls. All the way up to ISO 800. You see Fuji NHG II 800, Fuji Reala (which was a 100 speed film), and a lone Kodak Pro 100 PRN, as the young digital shooters ask themselves what this old man is talking about. :)

Interesting how new and white the paper still looks. 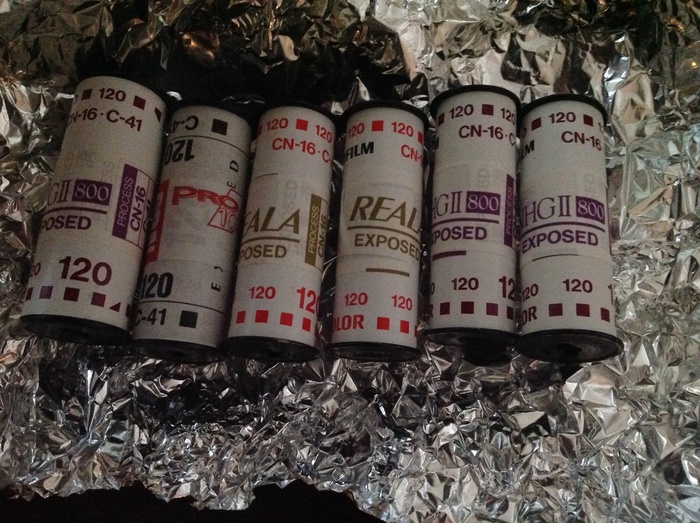 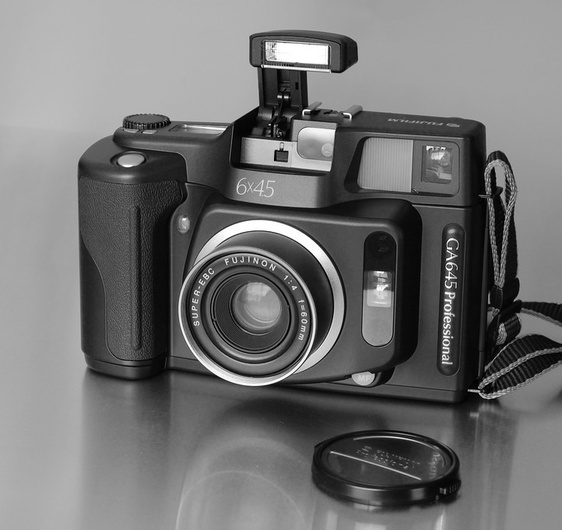 Wow, Chris, I was not expecting to see such a cool and interesting reply! Thanks for sharing!!

I am also impressed by your restraint. I don't know if I could go 15 years with undeveloped film in my closet haha. Any plans to have it developed? Are you waiting for anything in particular?

As for the film, I'm not sure I am ready to see what's on it. One day. Patience and restraint, at least for some things, gets easier as you get older, or maybe more senile. :)

Chris when you decide to develop those rolls and if you are comfortable with it, please,please upload it to fstoppers

I can do that. At least for some of the keepers. There have to be a few. :)

Peter I was going to develop my film and post my results to this thread but after today I am done posting to this site. It has been made clear to me by Ryan in another thread that reporting abuses, such as obvious flaming and trolling, means nothing on this site. I was wrong to expect so much more from this site. Take care.

Beautiful article. I have my 35mm film to develop. A lot of Kodak film, from when i started using a camera, like 20 years ago. Yeah i started early. Seeing this, made me want to store them a lot more time, so that when i get old i can develop them and see what i've seen when i was young for the first time again :)

Simply a beautiful thing to see! Great work and thanks...!

I love these pictures cause they look like a it's a bit random, showing the landscape at this time without so much of a framing or subject.
Timeless

The only issue I have is the way the pictures are being presented. With little additional work on the images they could literally look like they were taken yesterday. I'm not talking about touching up defects, just simple adjustments affecting exposure and contrast. As they are, they are without life in their flatness.

I can understand them being scanned that way. I also scan film where they often come out looking as flat as the negative to preserve as much of the shadows and highlights as possible, even for color.

Hopefully he doesn't mind, but I quickly edited on my iPad one of the pictures taken from a screenshot of the video to show how much of a difference it would make. Of course more could be done to make it look so much better. 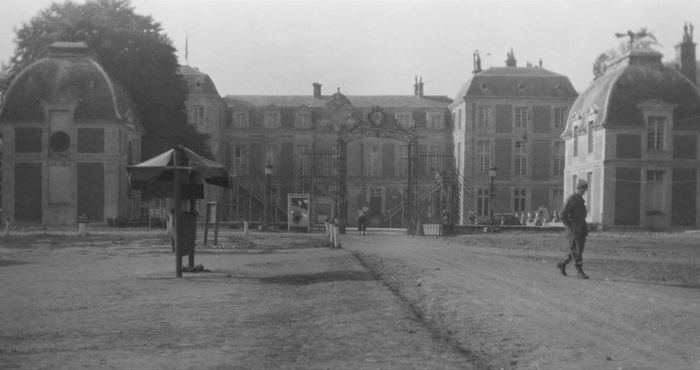 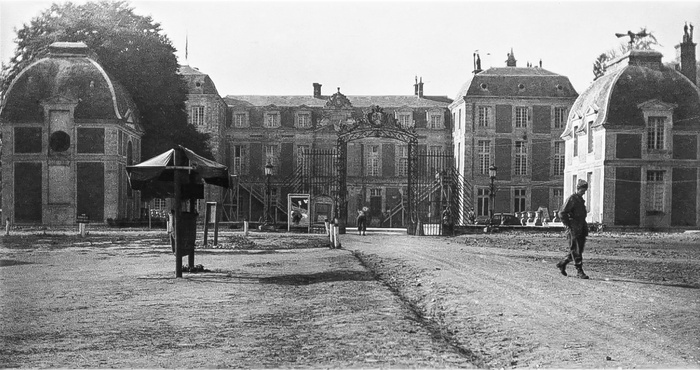 Great story Peter.I love seeing these sort of images.My Dad, who has been dead some 20 years now, used to take photos during world war 2 when he was a catalina pilot in the RAAF. He used to develop his images and enlarge then in the kitchen and/or bathroom with home made enlargers.I have many of his old negatives and have been progressively scanning them amongst other projects. Many no one else has seen.I have some beautiful images he shot in an outback camp near Darwin, Northern Territory of airman relaxing,writing home, giving one another a haircut etc.He used mainly a small kodak retina 35mm camera which I still have and what I learnt photography on. Vintage photography and cameras, a great subject.Look on my blog,geoffhompsonsblog.blogspot.com and search the index for Glen Thompson

For any of you that have and undeveloped old film, especially color film and especially non-E6 types like old Agfa's, GAFs, Kodachromes, etc. and in odd formats and even movie film, there is a place called Film Recue International that offers processing that will extract at least black and white images from your films, and sometimes even color. They have offices in Europe and North America. I plan to send some old rolls of E4 Ektachrome, GAF film and several Kodachrome rolls that I shot back in the 70s and never developed for one reason or another. If you're curious you can check them out here: http://www.filmrescue.com/