Apple is Leading the March to Destroy the Point-and-Shoot

I have always been a firm believer that the best camera is the one that is with you. Images are about story and feeling, not megapixels and dynamic range. When a moment happens, you want to be ready. Buttons, menus, confusing UI and accessories just delay a photographer from capturing those moments right at their peak. The less switches, buttons and taps your camera takes to get ready to take the shot, the better off you are to be ready to take the shot.

Enter iPhone; the world's most popular camera on the planet. Great camera, access to apps and always with you. Even with the original iPhone, Apple has always put an emphasis on image quality and making their device as easy to use as possible. Just slide up from the home screen and your camera is ready to go. And ever since Steve Jobs introduced his phone (can we still call it that?) in 2007, Apple has been slowly chipping away at the point-and-shoot market.

Camera phones were nothing new when the first iPhone launched, but quality was low and images were not photographs, they were grainy snapshots and more of a gimmick than an actual camera replacement. Phones had poor ways to get those photos off the phone and little memory to store more than a handful of images.

The beauty of the iPhone is, it is more than a phone. With each new version of the iPhone, Apple seems to be trying to take one more thing out of your pocket and put it into its device. Cell phone, camera, wallet, and now even the keys to your house. So it comes as no surprise that fewer point-and-shoot cameras are seen in the wild. Those family photos at Disney World, once taken with a wallet sized camera, are now taken with a wallet sized smartphone.

But I have a feeling you already knew all that. It's obvious the point-and-shoot market is in decline. But could it soon be nonexistent? Photo website Flickr regularly graphs the popular cameras for their mountain of photographs shared on their site. With the exception of the Sony RX100 Mark 3 (thanks volgers) the top five point-and-shoot cameras are in decline and have been for a while.

But what might be even more telling is that of the top five camera brands on Flickr, three are smartphone manufactures. Apple, Samsung and Sony's Xperia line take the first, third and fifth spots respectively. But even on top of that, all five of the top cameras in use on Flickr are smartphones, with four of them versions of the iPhone. So why are DSLR and mirrorless cameras not dead on arrival as well? To be honest, the professional community is keeping them alive. iPhones are great for photos and selfies, but do not hold up to professional cameras many photographers need. While some apps give you control over shutter speed and other settings like a professional camera would, the ergonomics and control that a professional requires are not there on the iPhone. The iPhone is great to have with you, but when you need advanced features and photography is your job and getting the perfect image is your livelihood, you need more pixels, better dynamic range, and the power of a DSLR or other professional camera. Imagine showing up to a wedding shoot with nothing but your iPhone 6 Plus.

And while accessories like the DxO ONE build off the iPhone and give a user 20 megapixels and direct access to iOS, it still requires two hands and plugging it into your phone before you're ready to take a shot. You also have to carry it around with you all the time too.

That's not to say people are not trying to replace DSLRs with their iPhone. Many short films and even national advertisements have been shot on iPhone including Bentley and Apple's Shot on iPhone campaign. All proving the camera can hold up in some scenarios.

Now with the new iPhone 6s, the biggest shot to the heart for point-and-shoot is Apple's change in the sensor. Having been steady at eight megapixels since iPhone 4s, the recent boost to 12 megapixel while maintaining image quality and low-light sensitivity are basically going to make point-and-shoots obsolete. And while more megapixels does not equate to better images, Apple justified the bump in pixels with new technology their marketing department has given a fancy name called, "deep trench isolation." Apple claims this help eliminate the possibility of light leaking from one pixel to another.

Besides taking nice pictures, 12 megapixles now allows the iPhone to take 4K video, which we know will be obsolete next year when we're all on 8K. But jokes aside, the ability to capture and edit 4K on such a popular camera will push 4K even further into adoption. Millions of people will be shooting 4K by the end of this year and YouTube is about to get chalk full of more pixels. How many point-and-shoots do you know of that shoot 4K?

Finally, iOS is a platform developers can build on to take your photos from the phone and put them anywhere and everywhere. Until now, the point-and-shoot might have been a better camera spec wise, but rarely has apps or connectivity beyond a memory card and Wi-Fi. iOS, Android and other mobile operating systems make it simple to publish, print and share photos in seconds. A photo can go from capture to Instagram in moments which is a direct contrast to many other cameras which require file transfer to an internet connected device...like an iPhone.

So while these graphs showing the decline of the point-and-shoot to almost zero are not heart rates or beats-per-minute, it's clear that the point-and-shoot market is in a code blue and soon to be a moment in our history. Apple is taking the most popular camera in the world and making it better, and they show no signs of slowing down. 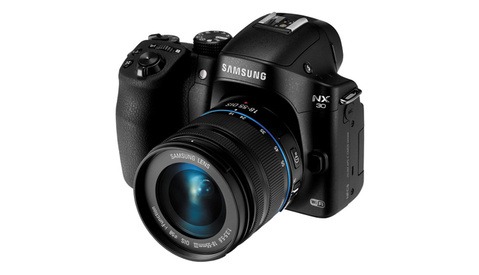 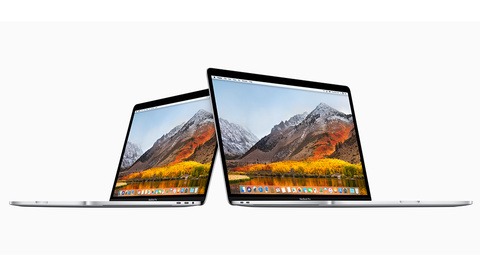 Gear / August 30, 2019
More Inches Is Not What Photographers Need in a MacBook Pro
Log in or register to post comments
15 Comments

My wife uses her Sony RX100Mk1 (Has an Xperia and uses it, too, but it's an older one and the pics are average) I personally love the direction of iPhone (or, any phone) photography and the accessibility that it's given people who wouldn't have been that interested in taking photos before.

I bought my Sony RX100mk2 earlier this year for a great deal ($360 refurbished with 32gb memory card and leather case) for the sole purpose of being my travel companion. The images it produces are unrivaled by my phone (Samsung Galaxy Note 4) thought my phone is no slouch. I'm happy that I'll have good photos in most daylight situations with my phone, but my Sony stays with me pretty much everywhere and is usually readily accessible in the console of my car.

But for the most part, I think the consumer market for point and shoots is shriveling. I just hope we continue to have great pocketable options.

Well there is one important factor no one talks about here... size of the sensor iPhone 4.9x3.7mm vs for example Sony RX100 1 inch sensor.... 12 MP and 12 MP does not necessary means the same quality, specialy in low light situations :).. in a good light and if person knows what he is doing even a phone camera can deliver the way I would be happy but would I just stay with only a phone camera in my pocket..? :)

As an Apple tech consultant, I thank you... but please do tell, have you got that free voucher for a new 6S or iPadPro yet? And the peanut gallery is probably wondering how many more articles you have to go until you do...(?)

Hey Doc Pixel...if that is your real name...we as writers have free range to write about whatever we feel is relevant to the industry. FS and the staff encourage us to write about what is new and cool but what we are also passionate about. Apple has done a lot of new things in the past seven days so a lot of our writers feel passionate about what they are doing, and our readers are responding. We do try and cover a broad range of photography and video topics and hopefully you are finding that content here on our site.

Having free range on what to write doesn't mean you don't get kickbacks if you choose to write about certain items.

I personally don't give a crap if you're paid or not because most of the time you can tell if the review/article is genuine or "gear for review"...

1) yes Doc Pixel is a name that was given to me many years ago by clients that a taught and worked for installing Apple equipment. It kind of stuck.

2) Actually, I was heading off the multitude of Android fans (like the other post in this thread!) and wanted truthfully to give a heads up, because yeah... this is a general photography website.

3) As I said, I love you for making my job easier and shooting links out to my clients, even if it was sarcastic (see #2)

4) Yes... I was truthfully wondering if you were getting "more" for your journalistic efforts than just kudo's and ad-$$$.

Since you like questions: how do you guys feel about Apple allowing ad blockers... and will it change how you decide what you "report" in the future about Apple and it's products?

Do I still use a point and shoot? No. I have given my old one to my son. I will be using them when I volunteer to teach photography at my son's school. While many adults have iPhones or decent DSLRs, most parents aren't too eager to put a $600 device in their child's hands. You can get a decent point and shoot for around $100.

ah yes, I too am a fan of Chase Jarvis. back in 09 he released this gem of a book

The Best Camera Is The One That's With You: iPhone Photography by Chase Jarvis

Hi Gregory, that data was not available from a recent, reliable source.

I guess the iPhone 6s reinvented the camera, but galaxy is not far behind? i mean it has 16mp, various shooting modes, 4k video, pro mode, shoots in raw, 1.9 aperture, live broadcast, and some more. 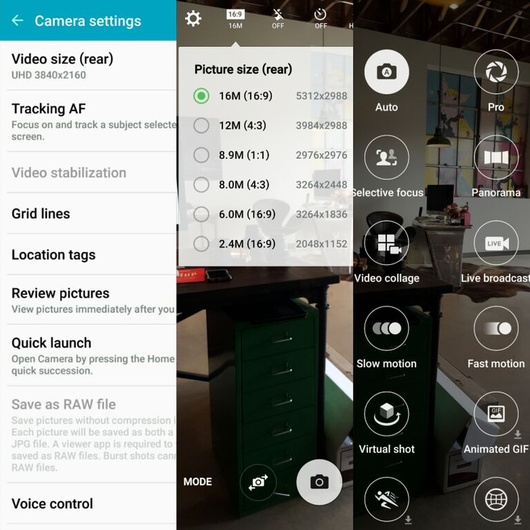 I'm not a pro but own an iPhone 6, Sony RX100, and Nikon D810. I use each one for different reasons and I can't get rid of any one as they all have unique abilities. So I'll continue to use all three and pick the right tool for the job.

For all my multitude of camera gear, flashguns, lights and bits and pieces my favourite camera is my point and shoot Olympus fs-something. It's been dropped numerous times, had a few encounters with water, gets zero cleaning or maintenance, lives in a cheap case in my pocket, but takes useable photos under any circumstances (sometimes with the help of an off camera torch light) and has great battery life. Turn it on, push the button, turn it back off again. Work purposes only of course but can't fault it.