When shooting football or other field sports, oftentimes, you are looking downfield with your long glass such as a 400mm f/2.8, and suddenly, the play happens right in front of you. The solution is a Hail Mary camera.

In football, a Hail Mary is a long shot play often used as a last ditch effort. Calling it a Hail Mary pass comes from Roger Staubach in the 1975 NFC Championship game. With under 30 seconds left, Staubach threw a 50-yard pass to receiver Drew Pearson. Asked about the pass after the game, Staubach famously said: "I just closed my eyes and said a Hail Mary."

Likewise, this camera if often used without even looking through the viewfinder. It is a last ditch effort to get the shot when the play is suddenly right on top of me.

When I shoot football or other field sports, I always use at least three cameras with three lenses. My main camera is my Nikon D4 with a 400mm f/2.8 on my Gitzo monopod. The majority of my clicks in any given game are taken with this camera and lens setup.

I also carry at least two more cameras and lenses on my Black Rapid dual straps. On my right side (my dominant hand) is the Nikon D500 with my 70-200mm f/2.8. I like the crop body here because the field of view is closer to 105-300mm, which significantly closer to the 200mm-400mm I would otherwise have uncovered if I had full frame cameras on my 400mm and 70-200mm lenses.

But what happens when I'm shooting down field and suddenly, the ball is passed to someone really close to me? Lining up that 70-200mm f/2.8 on a crop body and getting the entire play in camera is often difficult, if not impossible.

On the left side of the strap, I carry Nikon's most expensive camera with their least expensive lens. I know, I am doing it wrong, but I carry the 50mm f/1.8 lens on a flagship body. I do still need this camera set up to shoot fast-moving action, so I try to set the shutter speed to 1/640 to 1/800 s. This is about the minimum I am comfortable shooting college and pro sports, but in younger sports, I might drop to 1/500 s or even 1/400 s. Stopping down the aperture allows me to get the deepest depth of field possible. What? Yeah, I want everything in focus, even though that will look like a crazy different departure from the majority of my images shot with a 400mm f/2.8. This is my Hail Mary camera, so I pull it out just soon enough to capture a little bit of action when it is right on top of me. I set my aperture to f/6.3 to f/8, rarely any smaller, because I haven't seen a need to go higher than f/8.

The ISO is set to whatever is needed to complete the proper exposure. ISO 6,400 or 12,800 wouldn't be uncommon, and that wouldn't bother me, either. Just making sure it is properly exposed with a deep depth of field is what I am going for, and if it is a little more noisy than the rest of my shots, that is ok. I would rather have a sharp image with noise than a soft image that is clean.

If my subject is 25 feet from me and I am shooting on full frame at 50mm and f/8, my depth of field is 77 feet. That is giving me a LOT of margin of error for my shot.

Beyond exposure, the most important setting is back-button focus. My beloved Nikons have an AF-ON button. To enable exclusive back-button focus, you need to go into the menus and turn off the focusing with the shutter release. Now, when you press the shutter, the camera only takes a picture. It does not refocus on what you are pointing at. The first couple frames I usually take are before the camera is up to my face, so it is probably aimed at the crowd, not at the spot where the action is taking place.

This camera, like every other camera I use, is set for continuous focusing. On Nikon, this is the AF-C setting, and with Canon this is the Al-Servo focus mode. In this mode, the camera will track your subject in between shots if and only if you have the AF-ON button pressed. When you don't have it pressed, it just releases the shutter when you press the shutter release button.

The last setting for this camera is the continuous burst mode. When I hold the shutter release button down, it will take as many pictures as possible until the buffer is out. How many pictures it takes depends on what camera model you have. My sports cameras all take 10 or more frames per second.

Often, I take more test shots with this camera than in-game action shots. Whenever I set up in a place where I think a play could come to me, I will focus it and take a test shot.

Sometimes, I will set up at the back of the end zone, and will usually pre-focus at the letters in the middle of the end zone. Other times, I set up on the sideline just back from the goal line and will pre-focus it to the pylon. With a huge depth of field, exactly where it is focused isn't critical, but I take test shots just to make sure I didn't bump the focus ring to minimum or maximum.

My Hail Mary camera is by far my least used camera, but when the play comes right at me, I can't live without it. 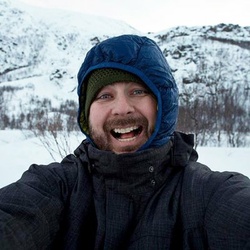 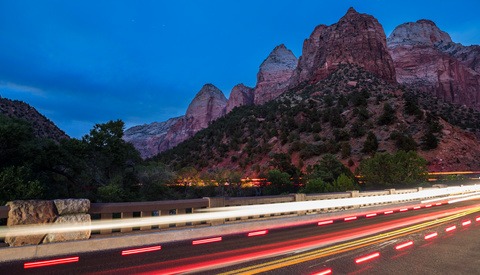 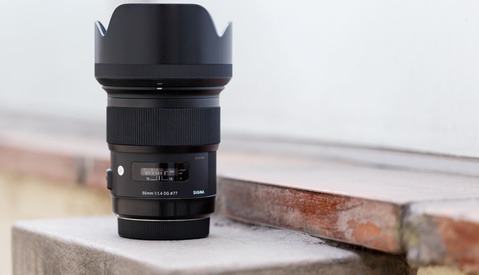 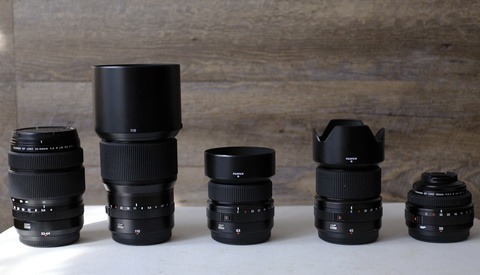 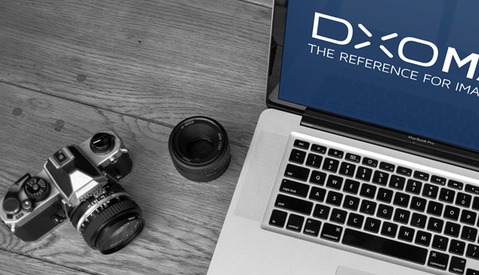 Education / April 5, 2016
A Great Resource To Use Before Purchasing A Camera Body Or Lens 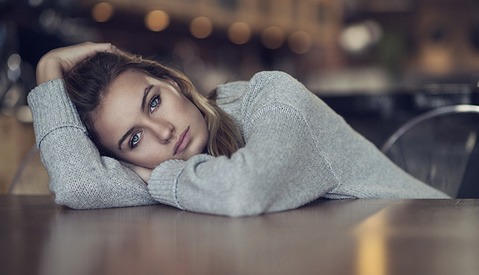 Thanks for explaining this. Would you also use this camera/lens setup for the end of the game, middle of the field, get the coaches with the handshake, etc, or is that for the 70-200 rig?

Post game middle of the field lens choice will depend on what you are trying to get. Sometimes you will want a super wide angle lens because you are trying to force your way in close so you don't have a million photographers in your shot. A 16-35 lens is a very common choice for this.

I learned a lot reading this. You mentioned the sequence of images are about 2 stops under but I think it suits the subjects well . a lot of times I feel like an under exposed image gives a better feel than a properly exposed image. Am I wrong here? Is printing different in this respect?

Color and exposure can be correct to a histogram or color checker, but not right to the eye. I did adjust the exposure in Lightroom. I tend to like football images a little darker and a little warmer than most people. Makes me think of a fall evening.

Really interesting article. I enjoyed reading it and recognized I have to try the back button focus.

Despite the good explanation i have one remaining question: How many focus points do you use in the AF-C? Just a single one or several?

Back button is the only way to go. In shooting this way it is essential because you want to be able to take pics easily without tripping the AF to change.

I generally use a single point with the helper points in AF-C. I've been told that that is the quickest focusing on both Canon and Nikon.

Sometimes for a camera like this that I will pick up in the middle of a play, I will opt for a wider area, but I really don't use the autofocus on it at all after I set my focus area before the play.

This is really a great piece - thanks for sharing your workflow and gear here. That D4 is such a great choice, I use mine for underwater and it never fails me.

I am prone to Gear Acquisition Syndrome, but I adore everything about the D4 except for the CF card slot. I love the sensor so much it isn't even funny. AF, ergonomics, etc are all great. I think a used D4 is easily the best deal in photography right now.

I'm sure I will love the D5 when I eventually buy it. But the D4 being so great makes it hard to go to anything else.

Great piece, Thomas. Thanks for posting.

Funny enough, I was recently watching a YT video of the end of the Alabama/Auburn game from a few years back where Alabama tried to kick a 60 yard field goal with one second left in the game (or something like that). The kick was short, and an Auburn defender caught it in the end zone and ran it back 110 yards to win the game.

I was watching a photog in the end zone who thought he was going to capture the kicker celebrating at mid-field. Instead he had a ball carrier running right at him and being mobbed by the whole Auburn team.

The shooter was frantically trying to shoot left-handed with what looked like a 50mm, while he awkwardly tried to hold his 400mm and monopod in his right hand. But he had his Hail Mary camera ready! :)

I will always remember your story when I'm in an end zone, running through my mental checklist before a big play. Thanks!

Great story, Dave! This camera set up is so great and useful for a sport where you don't know where the play will end up.

It’s great to capture a big play. I prefer an unsharp, less-busy background. I use back button autofocus for nearly everything, but for the “Hail Mary” camera the back button is awkward. I set up the shutter button for AF and shoot at F2.8 with the fastest shutter speed possible.

I agree, I wish all my photos could have the sort of background I can create with a lens like m 200 f2 or 400 2.8, but it just isn't realistic in all situations.