f/138: Taking Pictures With No Lens at All

Lenses are obviously some of the most talked about pieces of photography equipment out there. However, there's one type of photography that requires no lens at all. This neat video follows a photographer as he spends a day shooting landscapes with a pinhole camera.

Using a Zero Image camera, Craig Roberts of e6 Vlogs created this fun video that follows him as he spends a day shooting pinhole images on film. Pinhole cameras are rather interesting (you might have made them with a shoebox or Pringles can as a kid), as they don't use a lens, only a small hole drilled in the front of the camera to allow light through, so small that the camera Roberts is using essentially has a 25mm f/138 lens. It's a delicate balance with pinhole cameras, as reducing the diameter of the opening reduces the size of the circle of confusion projected onto the film plane, thereby creating a sharper image, but reducing the diameter too far makes you start to bump into the wave properties of light, namely diffraction, thereby reducing sharpness. Either way, it's about as minimal a setup a photographer could possibly have, and it's a vastly different way of shooting. 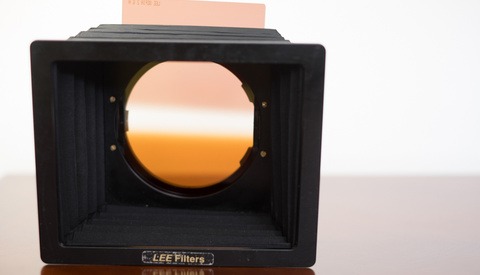 BTS / September 30, 2014
The Big Black Box - Everything You Need To Know About The LEE Filters System 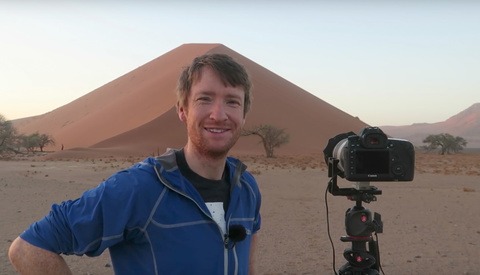 Education / January 1, 2018
Using a Telephoto Lens and a Polarizer for Better Landscapes 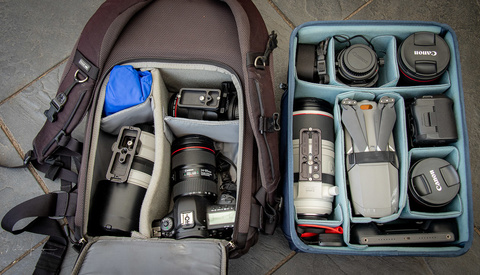 Gear / June 26, 2022
Do You Place Your Camera in Your Backpack With or Without a Lens Attached? 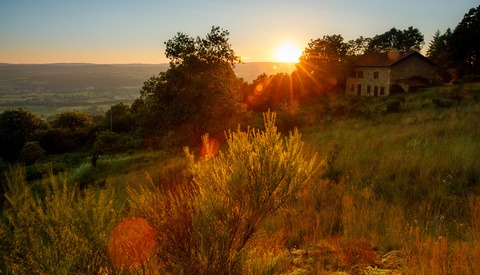 Education / November 13, 2018
Give the Lens Flare in Your Landscape Photo the Finger
Log in or register to post comments
6 Comments

Wonderfully moody images, and it seems like a fun way to spend an afternoon.

I find it strange that someone who is "going back to the basics" of photography doesn't develop the film he takes, however. He's spending all the time and effort to shoot this way, and then wet mount scanning too, why not have control over the developing process?

I thought so too until I starting using C-41 press kits. They're about 20 dollars (at least where I am, this man is in the UK so it may be very different), can last through a couple dozens rolls of 120, and combines the bleach and fix steps. Temperature control is key, but warming up a bucket and setting the canisters in that does the trick. Plus timing's the same regardless of film stock; you push/pull with temperature.

That being said, yes, it's definitely more toxic. I wouldn't want to guzzle the blix! Which I technically could with a b/w caffenol developer.

Personally, I shoot differently depending on if I'm composing for b/w or color (I focus more on form and contrast in b/w) but to each their own.

Want.
Somebody knows if loading and unloading a film into those is similar to a normal film camera (say 35mm)?
AT

We made a camera obscura for the recent solar eclipse. Big enough to put your whole head in. Students loved it, and it's still sitting in my office.

When I was in high school (little over a decade ago) we turned an entire room into a camera obscura to demonstrate how it works. It was one of the first mind blowing moments I've had in education and made me fall in love with photography in that moment. I'm pretty sure these things still happen. The high school I went to still has a black and white film photography course where students shoot, develop, and work in a dark room to create a set of images. I miss that class.

For a high school class it was definitely a challenging curriculum. To get credit we were required to shoot a few different types of photographs like a portrait, landscape, night photographs, and we also had to show that we're able to shoot shallow and wide depth of field. Develop the film by hand, and create enlargement prints in the darkroom. If you get something wrong while shooting you don't find out until you develop the film so it took a lot of attention to detail to get a good grade. We also got extra credit if we could show that we know how to dodge and burn in the darkroom. A learned skill I didn't appreciate until later when I see new photographers complaining about how difficult it is to edit without presets. We had a great teacher who was as much encouraging as he was critical. I miss that class!