I’ve written before about the genius of Buster Keaton. Agent Zero on the landscape of cinematic laughter, his influences stretch far and wide. Even nearly 100 years after the high point of his career, you can still see references to “The Great Stone Face” in everything from the films of Wes Anderson to the action comedy of Jackie Chan. In a world without dialogue, Keaton embodied the still-true mantra of motion pictures: show don’t tell. Without the ability, or in his case, desire to draw laughs through witty dialogue, he instead used action, composition, and creativity to tickle our funny bones. The lessons that can be gleaned from watching the master at work are essential learning for any visual storyteller, and this video from Every Frame A Painting helps detail Keaton's approach.

A few words to live by…

It can be difficult to imagine in today’s world of digital ones and zeroes, but there was a time when actors actually did their own stunts. In fact, if you’re speaking to anyone over a certain age about the state of current movies, one of the things they will likely lament will be the hollow nature of today’s video games masquerading as movies where even the most skilled CGI artists can’t convince us to feel for an avatar of the hero flying across the computer-generated background while the lead actor was likely sitting safely in their trailer awaiting his latte.

There are reasons for this, of course; insurance rates, safety concerns, scheduling issues. And even as much as I may bemoan the current obsession with CGI, I would have to concede that, had it existed in the early 1900s, those filmmakers who I so admire surely would have used the technology too. Film norms have always, to a certain degree, been influenced by technological advances and no one is immune.

Well, no one except perhaps Keaton. For Keaton, doing his own stunts was more than practicality, it was a core belief. Keaton believed that there is a realness and spontaneity that comes from actually putting one’s own body literally into the storm. While you may be able to duplicate some of the stunts with a digital avatar, or special effects camera movement, it just feels different when it’s the real thing.

The reason why the sight of the side of a house falling down directly onto Keaton in “Steamboat Bill Jr.,” nearly killing him except for a perfectly places open window, is both so funny and so thrilling is that he really was standing under that house as it fell.

The reason why, when Keaton tries to dislodge a fallen wood beam from the railroad tracks in “The General” by hitting it perfectly with another wood beam thrown from a moving cow puncher is so thrilling is because it was actually happening. If it had gone wrong, which it nearly did as the flying beam kicked up in an unexpected way nearly hitting him in the face, that would have been the end.

Obviously, safety comes first. And you have to weigh risks in a case by case scenario. But as Keaton might say, ain’t nothing like the real thing.

Never Do the Same Gag Twice

As Keaton said, every fall is a chance for creativity. You would think that at the blistering pace with which Keaton and early silent comedians were asked to produce product that the tendency would be to fall back on the same tricks over and over again to create a factory line of laughter. But he didn’t see it that way. He believed that every moment on film was an opportunity to give the audience something it had never seen before, to develop a new way to fall, to come up with an unexpected reaction to a situation. Every turn at bat was a chance to create something new.

I think this may be one of the most transmittable concepts because it spans across any artistic discipline and urges us to take account of every moment to produce our best. It is easy to, for example, fall back on the same poses and lighting for each of the images we create. But, what if you challenged yourself to come up with something new for every click of the shutter. How difficult a task would that be? And, if you accepted the challenge, how glorious would the results be that you could obtain?

There is a story in the video which I think is especially poignant. In one scene, Keaton is meant to leap from one rooftop, sail through the air, and land on another rooftop a seemingly impossible distance away. As it turns out, it was an impossible distance, and he didn’t make it all the way to the other side and fell (presumably into a safety net just beneath the frame).

Keaton had a standing rule which he tried to adhere to: if he couldn’t get it in one take, he would scrap a gag entirely. This both points to his perfectionism and his desire to offer an audience authentic moments. He wanted to show them something that was “really happening” versus something that felt rehearsed and perfected take-after-take.

So when the original plan to leap from one building to another fell through, literally, instead of going back for a second try, Keaton instead recognized at comedic opportunity. Even though his fall was unplanned, it was also hilarious. And real. So, open to the happy accident, he decided to keep the shot of him falling in the movie.

That meant that he needed to reconceive the scene. What happens when the hero falls off the roof? Where does he land? What does he do next? He took a misstep and turned it into an opportunity. What could be a better lesson than that?

For more of a breakdown of some of the ingenuity that makes Keaton a true icon of comedy, be sure to watch the video above. And, if you are unfamiliar with his work, do yourself a favor and check out "The Cameraman," "The General," "Steamboat Bill Jr.," or any of his other masterworks and spend a day laughing with one of the best. 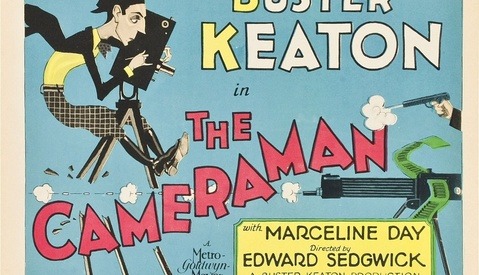 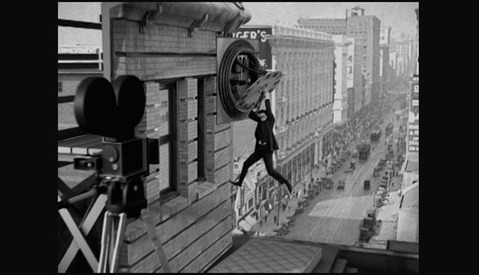 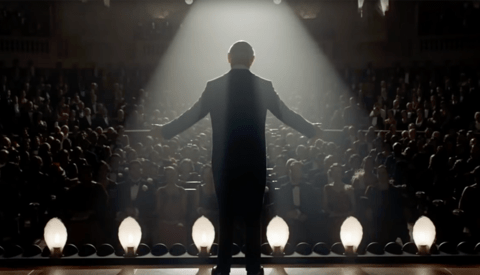 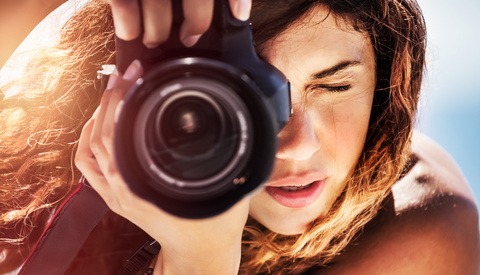 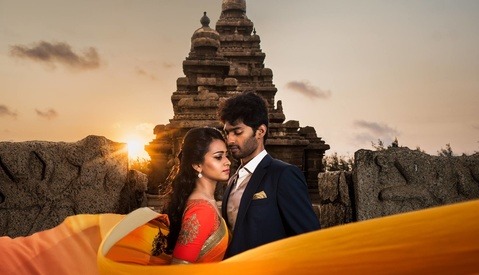 Education / November 8, 2017
Making Unique Pictures in a Location That You Have Shot Many Times
Log in or register to post comments
2 Comments

Also from _The General_, in the scene where the mortar at the back of the train fires a cannonball into the locomotive's cab they did extensive testing, and finally wound up counting out individual grains of black powder with tweezers to get exactly the right distance!

Ironically, the stunt which wound up breaking a bone was the seemingly innocuous one in which Keaton is hit by a stream of water from a water tower.

Taking advantage of mistakes isn't just useful in comedy. During the filming of one episode of _The Wild, Wild West_ Robert Conrad was supposed to jump off a balcony, grab a chandelier and land on a table. Something went wrong and instead he slammed into the floor and had to be taken to the hospital. When he got back he insisted on using the scene as shot, and having West captured by the bad guys due to the fall.

Happy accidents can be the key to success :-)