I’ve been to the New York State fair for more years than I can count. It’s a great time. There are carnival rides, animals, music, and lots to photograph. Oh, and of course, corn dogs. But in recent years, I’ve found myself carrying less and less photographic gear to the fair and just enjoying the moment. Except that I wasn’t really enjoying the moment because I wasn’t making photos. That's why this year I decided to challenge myself to make different photos of the same event.

There are the typical photos you see at fairs: Silhouettes of rides against the sky, kids playing carnival games, and of course, long exposures of lit-up rides twirling all over the place. But how about taking out the best part of that last bit – the twirling lights – and trying something different? How about some long carnival exposures in broad daylight?

It’s what I set out to do this year at the fair, bringing along a Fuji X-T1 and Zeiss Touit 12mm f/2.8 lens, but for a twist, I slapped a B+W 67mm MRC 110 Solid Neutral Density 3.0 Filter in front of it for a total of 10 stops of diffusion. The whole setup was balanced on a Manfrotto 190 tripod, which while big was needed if I wanted to play with long exposures.

One of the things that made this approach possible was how far mirrorless technology has come. Previously, focusing and composing with a 10-stop neutral density filter in front of your lens in a DSLR's optical viewfinder. No problem with a mirrorless such as the Fuji – it ratcheted up the exposure so that I could see just fine. Focus and composition were easy.

The light weight of the entire kit – the body and four lenses all fit into a Lowepro Rezo 180 bag – made it a lot easier to maneuver around the fairgrounds as well.

One of the great things about fairs is that no one ever questions what you’re doing there with a camera, and most permit the use of tripods and other gear that would get you the stinkeye in other places.

If you’re not prepared with a neutral density filter, you can achieve some slower shutter speeds by going with a low ISO and a smaller aperture, but that’s not the best way to go for several reasons. If I cranked the aperture to f/22, I’d likely see all the dust spots on my sensor, and I’d also be out of the sweet spot for the sharpest image out of my lens. Even at f/13, I was only getting 20 seconds here at ISO 200 with the ND filter:

Long daytime exposures wouldn’t be very long at all without the ND.

I also used continuous shooting modes to keep firing the shutter. With the constant movement of the rides, there’s no telling where the ride will end up. It also increases the chances I’ll capture a moment like the photo below, where the ride operator’s gaze falls to the young woman in the corner. This only happened in 2 of 54 frames:

Finally, without the streaking lights, the colors actually became a distraction in the photos. This created the opportunity to push myself in post-processing, to give black and white more of a chance than I usually give it.

The Great New York State Fair continues until Sept. 4, and so there’s still time to come up with some inventive ways to shoot the action. There’s no shame to bringing all of your gear to the fair. Besides, carrying it around is a great way to burn off the calories from the corndog. 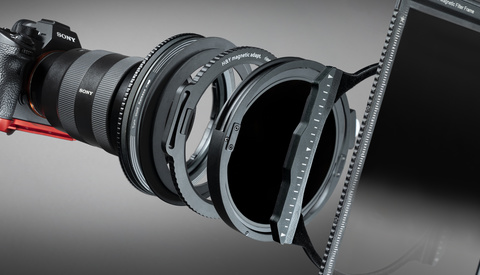 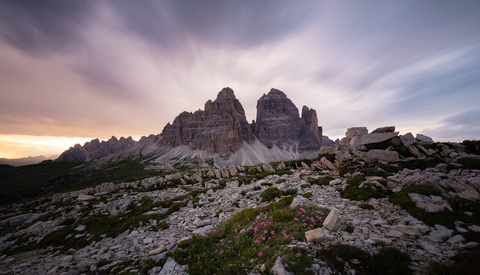 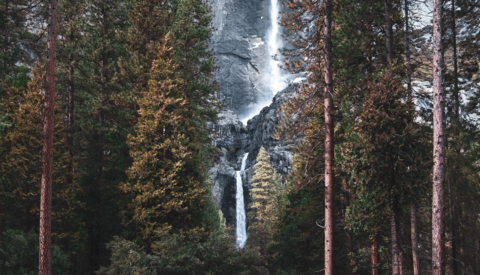 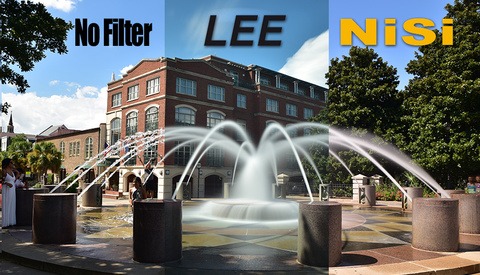 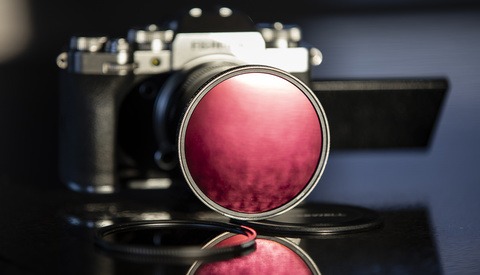 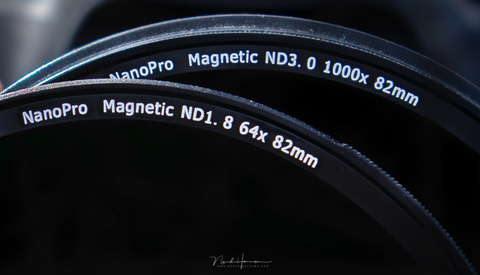 I live in Syracuse and I go to the Fair as much as I can because there is so much to see and eat (and shoot). These past few years I've been shooting more video there than photo.

Very nice. I really like your photos but I'm not sure it's because of their inherent qualities or the contrast from the typical night-time shots. I never thought about the benefit of mirrorless when using ND filters but, if you use square filters, it's not as obvious.

I guess i'll be that guy, but it's a shame to have so much color available from a fair, and then strip it out completely. It's like shooting a rainbow in black and white.... and i can't remember the last time anyone loved a rainbow devoid of color. :P

Jay Jay - that's a fair point. Here's a version of the featured photo in color - what do you think vs. the black and white? 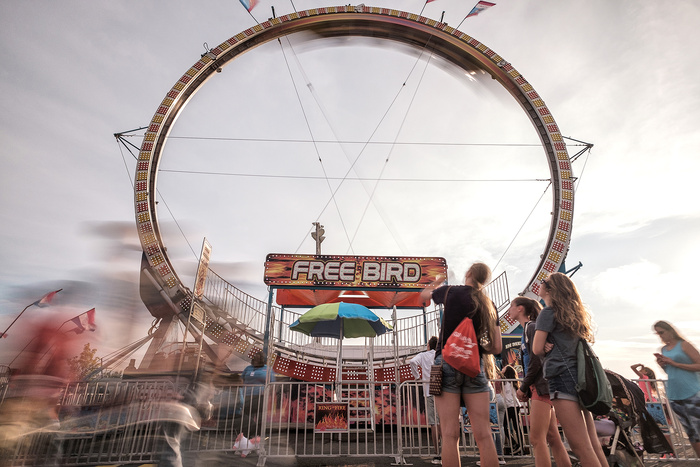 For me, the B/W version is much better.

I like it much better than the BW. To me, there's a lot more life and warmth in this photo, vs a kind of a coldness that BW can sometimes give.

I'm really enjoying the black and white mix you have here. I feel with regular colour these actually wouldn't stand out to me. Nice work!