I'm a new(ish) parent who wishes they had a studio to photograph my little human. Surely you would only need a small studio for a small person, right? Preferably one you wouldn’t have to pay rent for. That’s where your living room and some creativity comes in handy.

There are many great tutorials (like this one) on turning your living room into a semi-proper studio for doing professional work and even impressing your client to some extent. With my son, I really wasn’t worried about impressing the client. I was simply worried about getting the shot. That’s why my “studio” space for the photos in this article was this:

My living room studio setup for children. Note the Fstoppers Flash Disc on the speedlight behind the bear to soften the light. A 58mm or 85mm lens on a full-frame camera works well with this setup.

Yet I’m still able to get shots that are more or less indistinguishable from a far more costly setup that I’ve used in a proper studio in the past. Here’s how I kept the cost down.

1. A Portable Backdrop Setup (And Scouring the Sales)

I bought a set of Cowboy Studio 901 backdrop stands and a couple of backdrops and floordrops from Lemondrop backdrops (they frequently do two-for-one sales on their blog). While the stands aren't as sturdy as some of the more expensive brands, they easily get the job done and come with a fancy carrying case to make packing it up when I'm done simple. With some light Photoshop work or different lighting, I could vary the backdrops I had to make the images I wanted, whether it was my son lifting the hammer of Thor or defending America in costume.

I changed up the ground for the portrait of Thor by using a shot of my backyard, and I used another picture of a flag that I took to change the backdrop for Captain America. I used the same blue backdrop in all three photos of this article.

Clay Cook’s tutorial on home studios talks about hard surfaces as being much better for floors. If your house has a hardwood floor, you’re good to go (though I still use a floordrop to make a clean line between the floor and the background, or in the case of Thor, I took a shot of my backyard and photoshopped that in). If you’re on carpet, there are a lot of different choices of foam play mats in the $20 range, and these will generally hold up better on that type of surface. I think the colored letters add a bit of fun, but there are also dinosaurs and even (very fake looking) wood.

If you go the floordrop route, depending on the material, they could get mangled very easily with all of the activity and fluids typically associated with small children.

3. Small Flashes Are Your Friend

Chances are, you probably already have these. As a (mostly) photojournalist-type, I don’t usually have AlienBees lights or other studio strobes siting around, but slipping small Speedlights into a softbox or grid is a simple way to get studio-style lighting qualities. Even if your living room has great natural light, you may still want to add a pop of light to add to the background or your child's face.

I try to get the flashes off camera so that I have more control over what the background is doing. For instance, I placed a speedlight in an Fstoppers Flash Disc behind the stuffed bear in the top photo of this article to create a halo of light on the background around him.

Even the mid-range flash in the Canon lineup, the Speedlite 430EX III-RT, has built-in radio triggers to do everything wirelessly, and Nikon’s SB-700 works great with the company's Creative Lighting System (though when line-of-sight for that system is blocked, I can use radio triggers instead of the built-in infrared by adding a set of Yongnuo YN-622N triggers). You can also get native radio support in the Nikon system with the SB-5000 Speedlight, though you need a Nikon D5 or D500 to take advantage of that. I’ve successfully managed to get Canon’s system working on a 10-year-old Rebel XTi.

When I first started this project, I tried to use what I had and the results were embarrassingly bad; wrinkled blankets on the floor, random swatches of fabric hung on chairs. They are so bad I didn’t share them in this article but they’re out there. I had only done this type of portraiture in a professional studio setup before and didn’t push myself to try and do it all with less gear. Once I awoke from the new-parent, sleep-deprivation-induced haze I decided I needed to up the game, at least a little.

You’re going to have to accept the limitations. You’re not going to do huge group shots with this and given the limited space, you’re probably not going to be throwing “blood” around. But it beats slapping your kid on a couch and using your phone for a monthly photo. About 20 minutes of set up time for this living room studio can give you something much better to hang on the wall in the years to come.

Now as to getting your kid to sit still for this portrait... good luck with that one.

Studio / January 8, 2021
Photographers, Leave a Wall Empty Wherever You Live

Nice article. Btw, where did you buy those costumes?

Jan, the Disney store sells pajamas that have the superhero outfits printed on them. While not as cool as the special effects guy who recreated a Wonder Woman outfit for his daughter (That would be this guy here: https://fstoppers.com/photoshop/super-dad-transforms-his-daughter-wonder...), they are far cheaper and look fun on children.

I once bought an off-brand Superman outfit for a monthly shoot on Amazon.com, and all I have to say about that is ... don't do it. Probably best to see the outfit with your own eyes first.

Thank you for advices, Wasim.
I checked Disney store page in UK, but they don't have many items US pages have.
Captain America pajama what your son wear wasn't anywhere.
I'm from Czech Republic, so I can order only from UK pages. Maybe from US too, but postage is often much bigger than price of an item itself and then i have to pay taxes and import duties.
I buy often on ebay. Items bought straigt from UK are more expensive but have quality. Items from china are very cheap, but quality is often crappy.
Here are some of my photos. First picture is 1,5yrs old and there are my son and nephew. They wear some chines rompers.
On the second picture there is my son, little older then on previous picture. He has some higher quality Superman outfiut for winter.
I hope you'll like my photos. 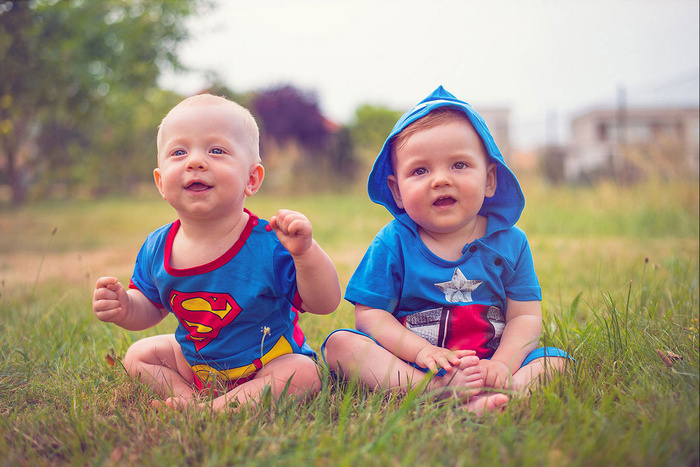 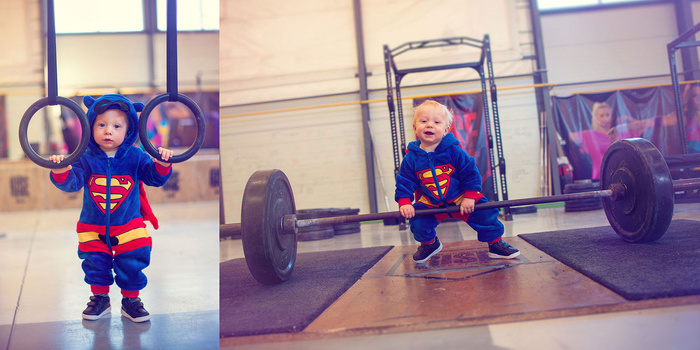 Those are some nice memories to have of the boys. I love that idea - the Superman outfit and the weights! Very cool.

I usually buy the pajamas when they go into the clearance section, which means they are on their way out. They usually cycle items in and out of the store all the time here in the US so it's hard to find the same thing on repeat visits. I go into the brick-and-mortar Disney store, I haven't thought to check their online pages.