A Sharpness Test Between the Canon 5Ds and Sony a7R III

Does it even make sense to compare these high-megapixel cameras? Does it even matter which one you choose when it comes to picture quality? As it turns out, not really.

As of now, I own two high resolution cameras, the 50-megapixel Canon 5DS and the 42.4-megapixel Sony a7R III. I decided to switch to the Sony system for a few different reasons: tilting screen, 4K, better low-light capabilities, more dynamic range, and a cheaper ultra-wide-angle zoom. I expected it would come with a little compromise on image sharpness, as I decreased the megapixel count. For some people, these reasons might not warrant a system change, but it was what I needed and it is not what this article is about.

What I was interested in knowing was just how much the sharpness would decrease changing from 50 MP to 42.4 MP. As a big surprise to me, there is nearly no difference when I compare the 5DS to the a7R III. I own the sigma MC-11 adapter, and with it, I could use the same lenses on both cameras. I used the Sigma 24-105 f/4 ART and Canon 70-200mm f/4 (non-IS) for the comparison test. I made both a “real world” test and a test in front of a brick wall. The “before” image is the Sony and the “after” image is the Canon. The two “real world” photos are with the Sigma lens, the brick wall is with the Canon lens, and all images are from the center. All photos are shot at 1/50s, f/11, and ISO100. Before showing the comparison I'll show the real size of the scene for you to see how far I have zoomed in. 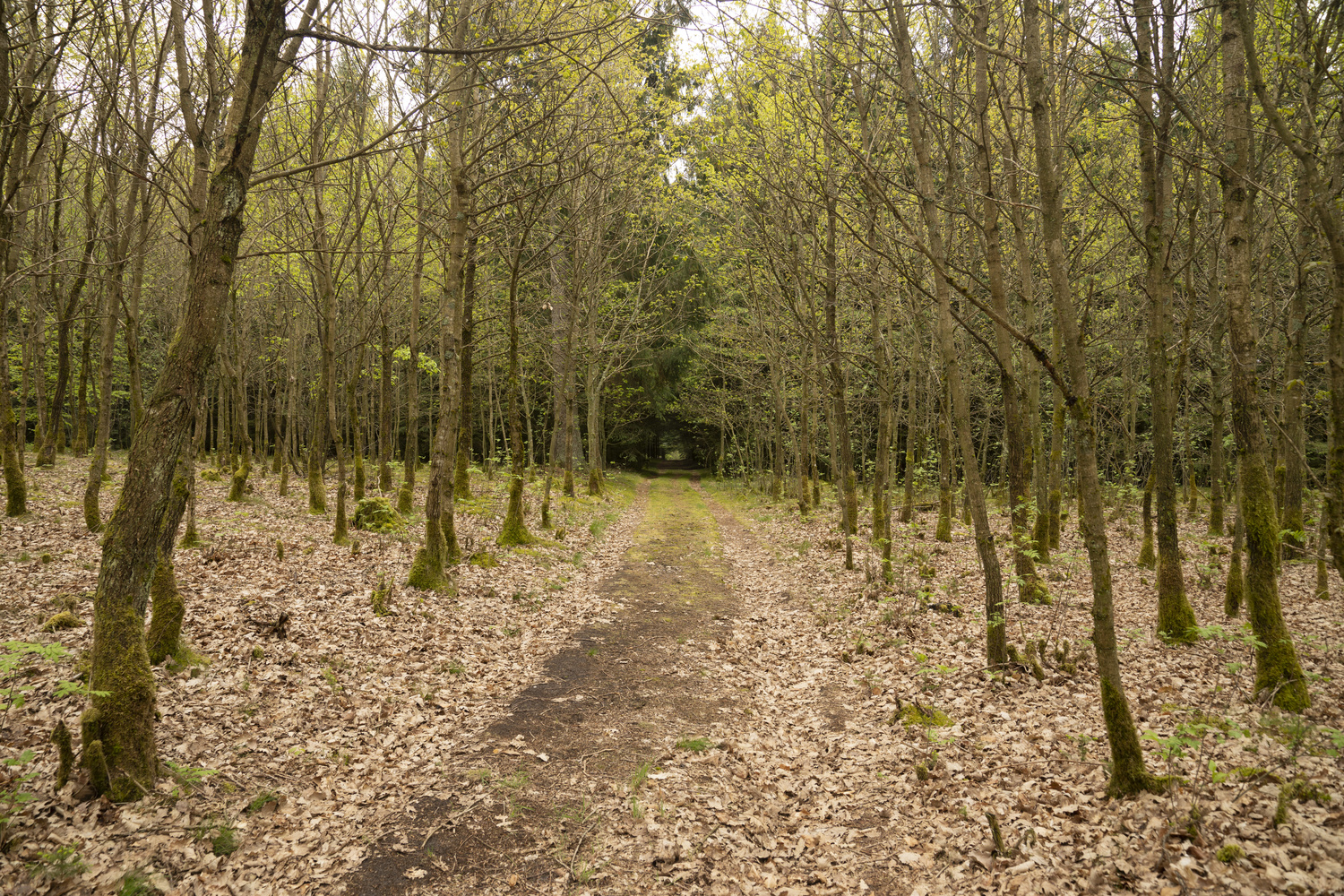 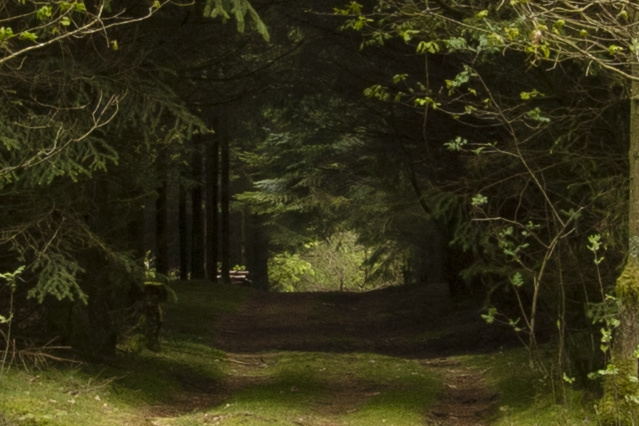 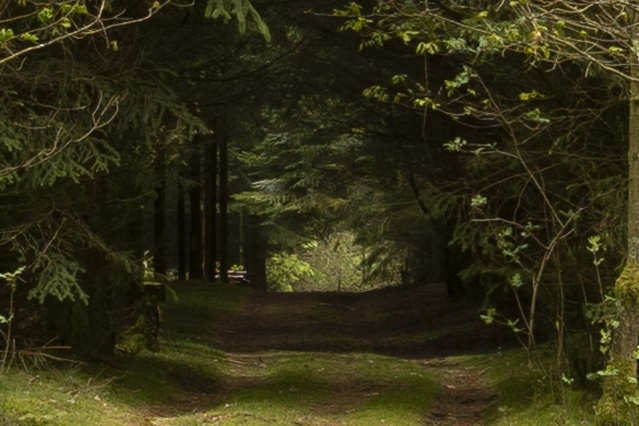 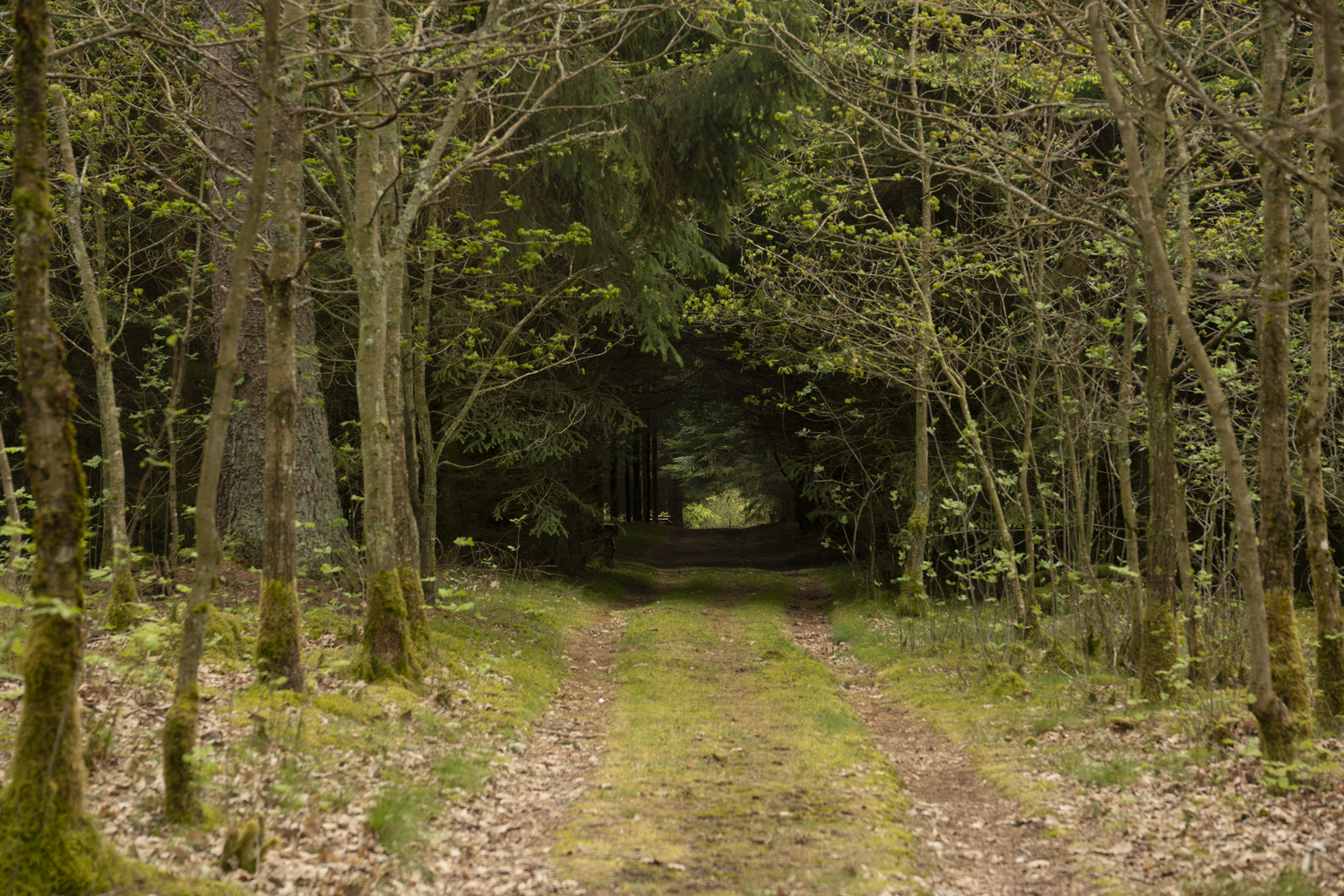 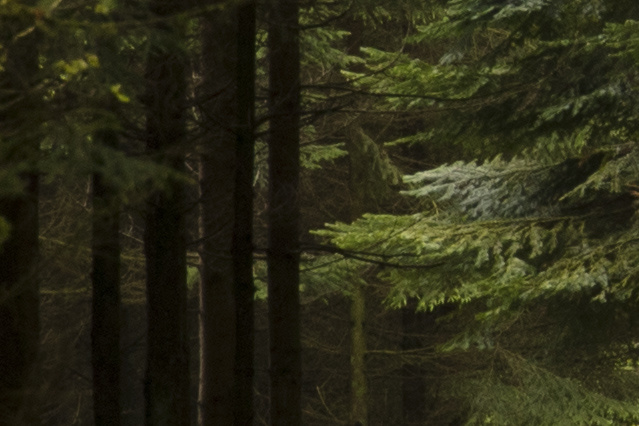 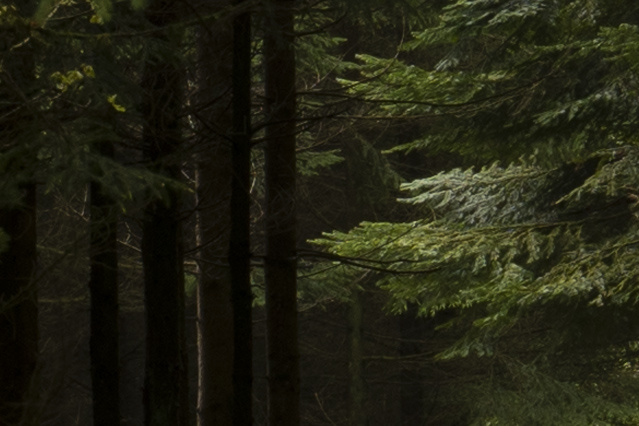 And here is the 70mm photo with the Canon lens. 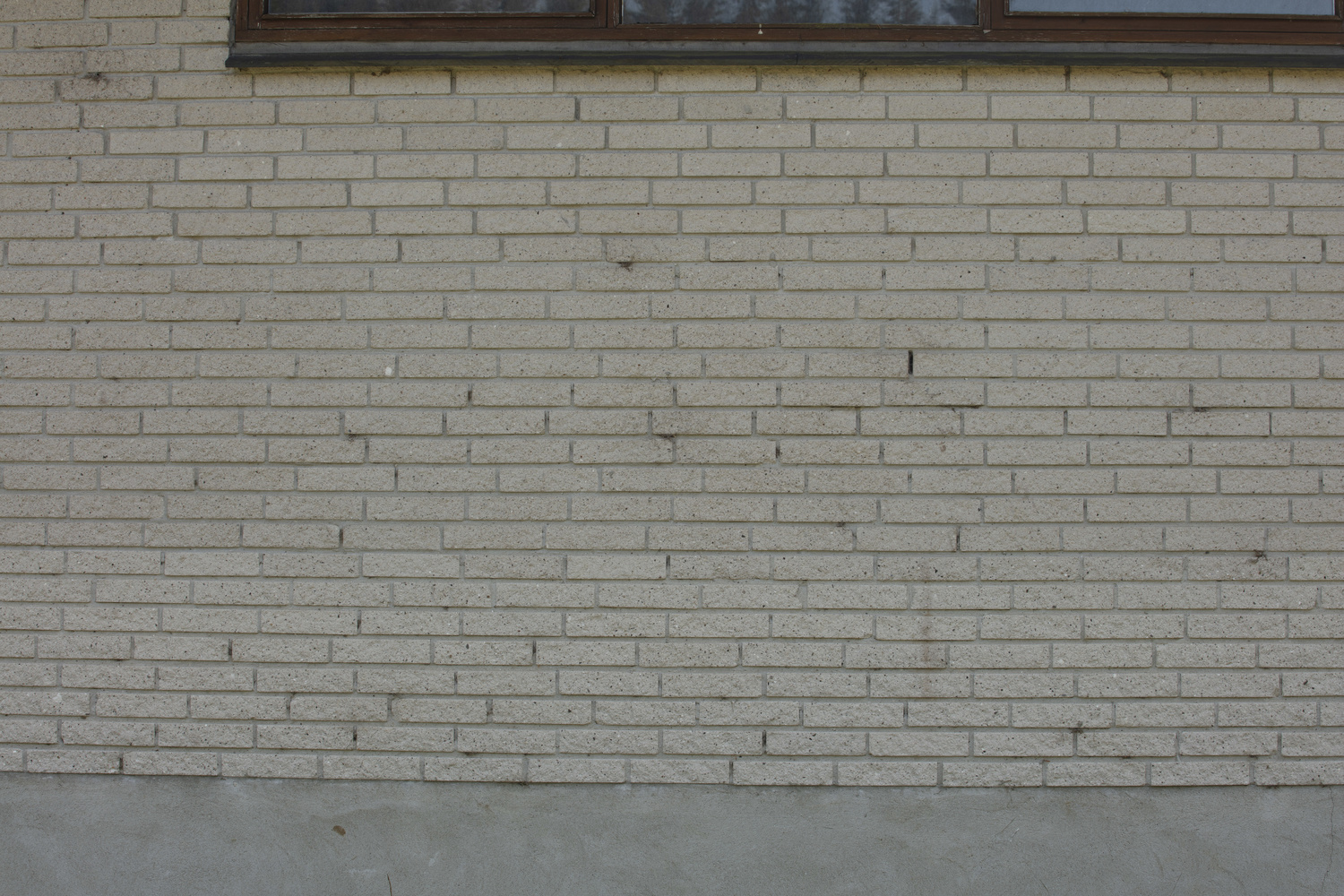 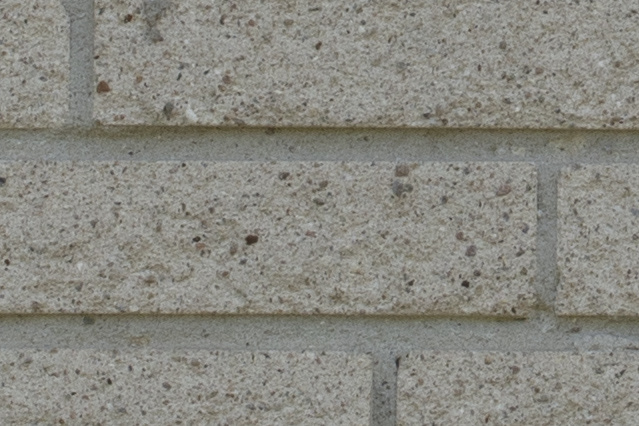 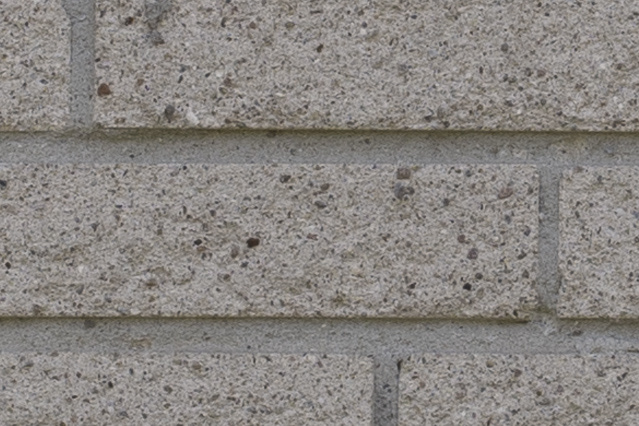 The 5DS did come out on top concerning details, as expected, but the difference was minor. I had to zoom into 200-300% to actually see a difference. It even seemed the 5DS was softer than the a7R III. I personally think this was down to the anti-aliasing filter in the 5DS, which the a7R III is missing.

The biggest difference I saw was when I changed lenses. I also compared the Sigma 24-105 lens to the native Sony 24-105 G lens. The middle part of the photos was alike, but the corners were night and day concerning sharpness. The combination of Sony a7R III and Sony 24-105 f/4 vastly outperformed the 5DS with the Sigma 24-105 f/4. This again goes to show, as we all know, it matters more what lens you put in front of your sensor than what camera you use. Here is an example from the lower left corner of the 24mm scene above. The “before” image is the Sony a7RIII and the native 24-105 G lens and the “after” is the Canon and Sigma 24-105 Art: 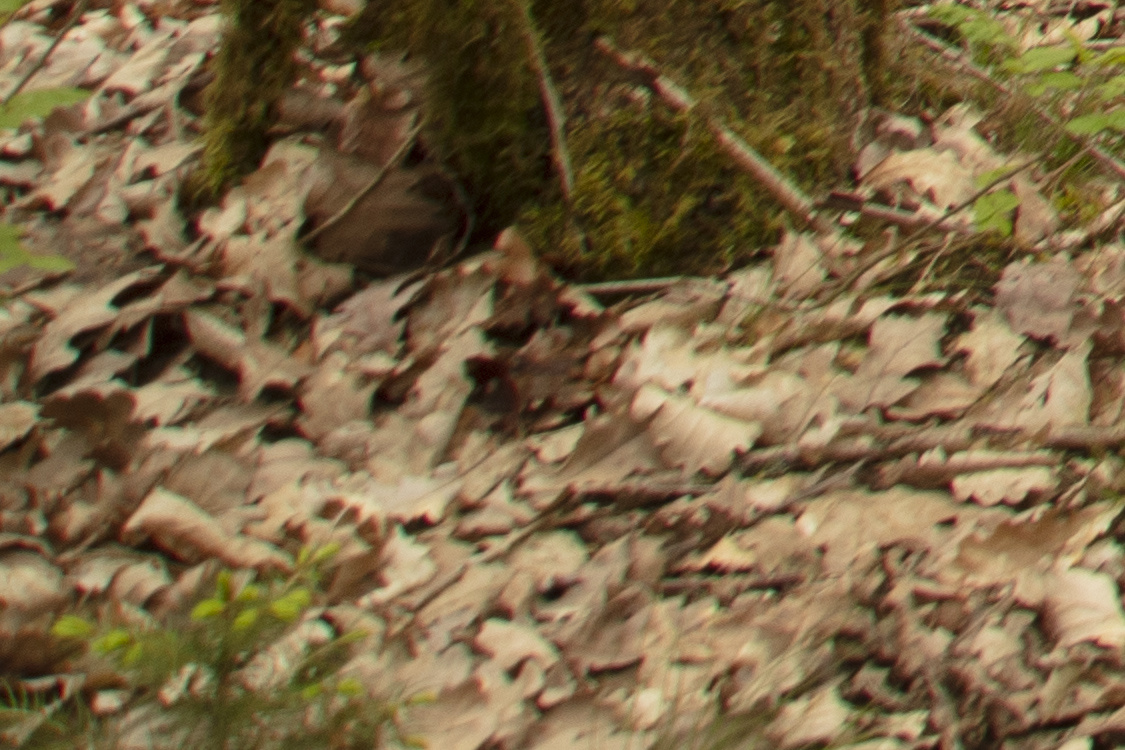 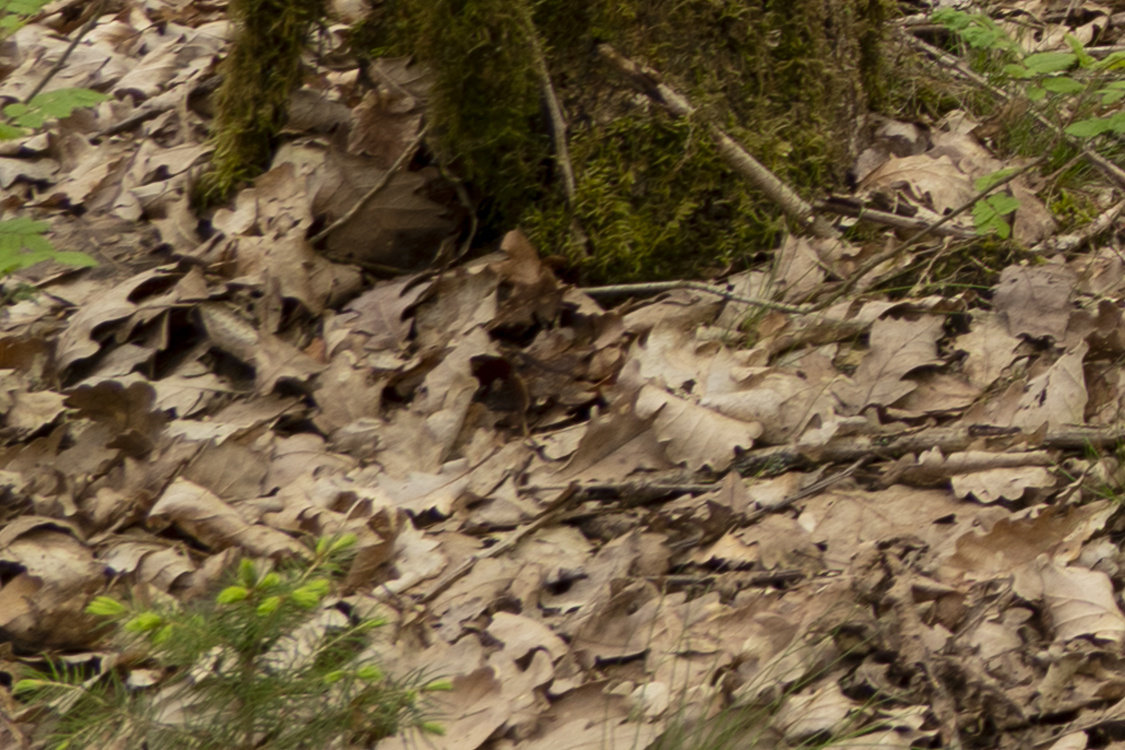 Remember these photos are zoomed way in! The question is if you can even see the difference on print. You will likely see the corner difference in the last example on a big print.

Check out the video for all the comparison and what method I used to compare the cameras.

It did surprise me how alike these two cameras actually are despite their resolution difference. The obvious and well-known conclusion must then be, when you have cameras that have about the same amount of megapixels, the lens you put in front is much more important than the sensor.

Is there anything new to you here? Let me hear down in the comments.

I'm a Canon user but would have expected more detail in the Sony, simply because it seems Canon is so lagging in IQ improvements. It would be interesting to see the comparison with the 5DSR simply to neutralize the anti-aliasing dynamic. Finally, I suspect we would see even more sharpness from the D850 (particularly at, say, ISO 6400), and it would be interesting to see that as well.

interesting but don't you think upscaling the sony shots in photoshop would tend to soften slightly and effect any sharpness eye comparisons you make.

Yep, he even admits it'll make the Sony image a little softer. Then, why bother with the comparison since the whole premise of this article is sharpness.

That 24-105mm f4 is kind of one of the best kept secrets in the Sony lineup. Awesome sharpness throughout and the addition of OSS, additional focal length, and a custom button make it a pretty tempting upgrade over the Tamron 28-75mm f2.8.

I also dropped mine in a stream and while it killed the camera the lens worked perfectly once the condensation dried out and continues to be my most-used lens months later.

This reinforces what I have been saying for a long time. The differences between comparable bodies is much smaller than the marketers and fanboys would have you believe.
While one can see differences at extremes, for most every application the "noise" of personal processes obscures any meaningful differences.

It is useful to note that a native lens will perform better on the body designed for it. Arguably one should choose the system that is the greatest ally in their style of work and that can encompass the objective and subjective.

For me, it is lens selection and ergonomics. Many cameras are a delight, just not all of them my delight.

I'm suspicious that camera manufacturers often want all this fanboyism to continue because when it comes to objectively distinguishing themselves from their competitors they would find it awfully difficult.

A lot of comparisons I see are ridiculous pixel-peeping which has no relevance to most shooters. This type of unrealistic, over-analysis is rife in just about every hobby though.

It works for Apple. People will over pay just to feel like they are elite because Apple has branded themselves that way.

Yeah but I don't often see people claiming across the board IQ improvements for their manufacturer of choice, even in the contentious DP Review comment sections. For the most part it's features and focusing where the differences appear.

That's a good analysis and comes to a pretty definitive conclusion. The difference in sharpness between different camera bodies of similar sensor specs is negligible.

As an old film person. At gallery shows i always walk up on a large photo. To be immersed in it. The grain thats part of the art. The clarity. With large format film at 20x30. I could stand 30ft away or 1 feet away. The picture was tack sharp. Now days with digital, you better be standing 4ft or farther away from a big print.

Photographers now dont consider the large prints quality since all they seem to do is photo journalistic style for everything. Yes, large sensors are an amazing thing. And upping print quality is too.

Hahaha ok yeah of course you didn’t see a real difference... not that it would have been big to begin with but you’re diffraction limited on the 5dsr by somewhere around F/5 depending on how it’s being calculated.

The marketing with regards to resolution feels almost predatory to me. I see people getting excited about extra resolution but the vast majority of the time it at best does nothing for them, simply because it requires lenses that become incredibly sharp at fairly wide apertures, absolutely unimpeachable technique, and the right kind of subject to get any real improvement over something with significantly less resolution.

This might just be me looking at my crappy phone screen, but to me the brick wall look way better on the Sony side. The Canon side is really creamy and soft.

Corner sharpness differences may have to do with Sony's sensor stack-- the mirror is thicker for the earlier models (not sure about the A7riii) and therefore its native wide angle lenses will have an advantage. I suspect Sigma, like Voigtlander, might have tweaked the optical formulae when they finally came out with e-mount versions of their Arts.