Thinking About Shooting Anamorphic? Here's What You Need to Know

If you’re making a film, obviously the focus needs to be on the story. It seems that’s become the popular counter to a lot of debates about the fine-tuning of an image. While Roger Deakin’s mentality of “the type of camera doesn’t matter” can hold true on most levels, if we’re going to take ourselves seriously as creatives we need to be actively making decisions about how and why we create. Why do you choose this over that? And how does it affect story? One of the most important decisions you make as a director of photography or cinematographer is about lenses.

I’ve worked with a variety of cinematographers and the one thing that most consider the holy grail of independent filmmaking is shooting anamorphic; The glass that stretches your image plane so that you get a wider image and that so often duplicated, cropped look. And I think in our haste to try to duplicate that anamorphic look, we lose what anamorphic glass really brings to your production and your shots.

As Deakins would say, it’s not about the type or brand of your lens, it's about it what it does for your story. In a lot of ways, choosing anamorphic is just like choosing with focal length you want to shoot at, and those choices have serious effects on the way you tell your stories.

The vertical and horizontal look of a 16:9 full-frame image is very recognizable. It’s what we encounter almost every day when we’re watching visual media and it’s what the vast majority of us are used to shooting. The lenses that we choose have a specific width that we’re accustomed to expecting when we line up a shot. For instance, I shoot almost exclusively 35mm and 85mm. Since that’s the case, when I put those lenses on, I have a good idea of what those lenses will look like when lining up a shot.

This is not the case with anamorphic. When you grab an anamorphic lens, you’re not just grabbing a 50mm lens. It’s got the vertical perspective of a 50mm lens, but is twice as wide (25mm). Of course, the technical details are more scientific than that, but effectively you’re getting elements of the original medium angle lens (the 50mm) with elements of that wide-angle look (the 25mm).

Without even going on, I’m sure you can see the power in using a lens that has the character of both a medium/telephoto lens and a wide-angle lens. So how do you use that to your advantage?

On the independent scale, most directors aren’t used to blocking out scenes as much as big budget directors are, for a few reasons. The first of which is that independent directors and filmmakers usually don’t get that much time on site to really massage a scene before they shoot it. That means that you spend more time rehearsing the lines and the emotional beats of a scene than you do blocking it on site. When you do that, you’re more likely to want to shoot the scene as a series of cuts — going from your emotional angles on talent to your wides showing the action. It's good, but it's conventional and it's probably not the most interesting or evocative way of telling your story.

Anamorphic lenses meet you in the middle. They allow you to have this sense of closeness that you might not otherwise get from a conventional focal length. This is extra important when you’re showing up on site and blocking a scene over the course of 15 or 20 minutes instead of a couple hours. Anamorphic opens up a room for an actor to truly give a performance while allowing them to feel warm and accessible on screen. 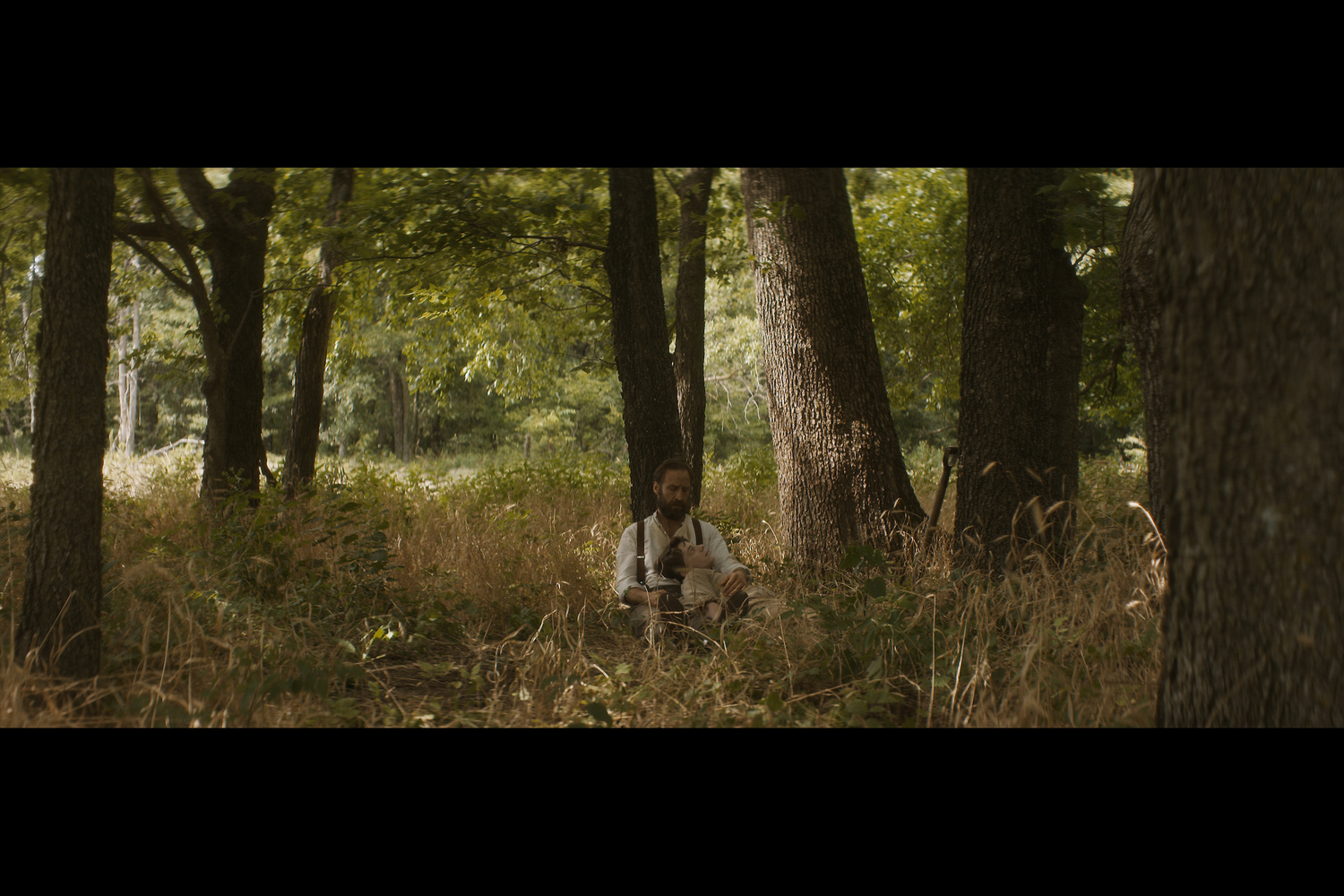 For my most recent film, we shot anamorphic. It was actually my first time. We mounted the lens on the camera, and since we were shooting RED Dragon, we applied the anamorphic de-squeeze in camera. The first thing that struck me was that the ubiquitous floating feel of a handheld camera was… different. It didn’t feel so stark and jittery, much like my prior work with medium-range lenses. From that point on, I started to notice just how different things would feel and look because we were using these lenses.

I knew that moving with efficiency and speed was important because we were shooting such an ambitious project in such a short amount of time. For each shot we were packing in not only emotional angles of our talent, but story details and setting; we weren’t able to shoot tens of takes at multiple angles so each angle mattered that much more. Anamorphic allowed us to enter a new space and show it while truly focusing on the heart of each scene: the talent and their struggle.

A great example is our shoot on the infinite plains of Tallgrass National Prairie in Strong City, Kansas. We shot three sunset scenes and two blue (half) hour scenes in two days (phew). We weren’t able to take the time to feel out takes; We were moving swiftly through each one. So as my cinematographer and I approached each scene, we decided what we were showing and why. For one such scene, we wanted the father to indicate the power of a poem he was reading, his son’s reaction, the power of the sun (a large character in the film), and the infinite plains, all in one take.

Anamorphic checked all of those boxes and with the help of a good deal of ND and polarization, we pulled off one of the better shots in the film. And no, we couldn’t have done it as well with a 50mm or a 25mm. 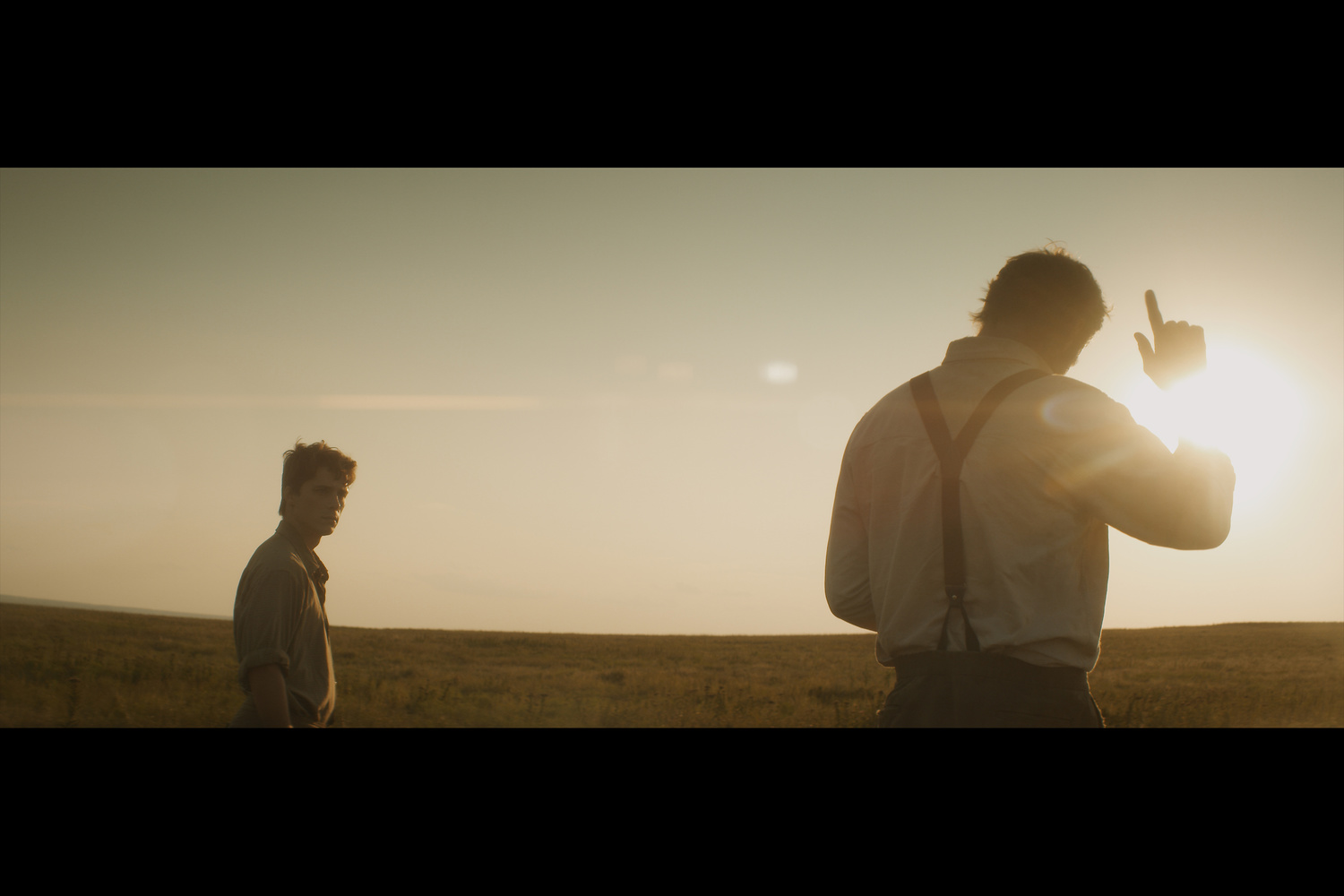 My point here isn’t to say that shooting anamorphic is objectively better than any style. My point is to say that we shouldn’t be limiting anamorphic to an arbitrary decision made to create a cinematic look. In fact, cinematic looks were always created with either efficiency or style in mind, and rarely does style translate to success without efficiency. Anamorphic offered both to the filmmakers of the Golden Age, and they still offer that same look and efficiency now.

The next time you’re shooting a film, try to ignore all of the voices that are telling you to do something just because it looks good, and instead consider what it actually does for your frame. Anamorphic looks fantastic on screen and appeals to an innate nostalgia we all have for classic film, but it also makes you a better filmmaker. It opens up your frame to new action and allows you to pack more detail into each frame.

Deakins was right. It’s not about the type of camera or lens. It’s about what they do for you.

Also, the bokeh is cool. 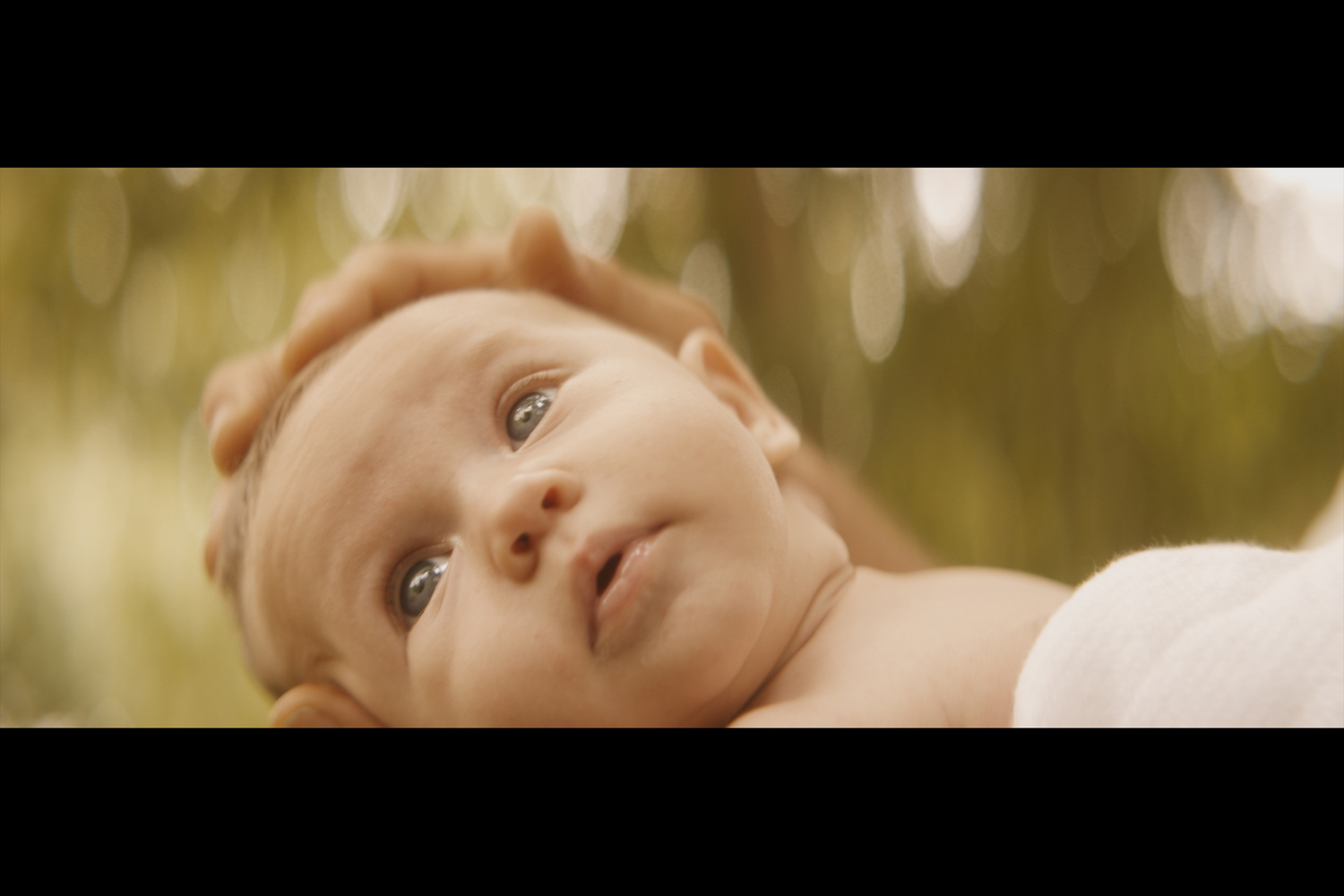 All stills are from my film "The Father, The Son," coming out this winter.

What does that have to do with anything?

Nice samples! Which anamorphic lenses did you go with? Cineovision and Kowa has always been my favorites.

For this particular shoot we considered Kowas, but went with the Lomo anamorphics. For a variety of reasons but mostly the film is really gritty and I'm a sucker for imperfect glass. I think the only issue we had was with the bottom left corner.

That's interesting about the horizontal crop. We were shooting Red Dragon 6k which changed formats and naturally de-squeezed the image. In post we're getting a true 2.39:1 pixel ratio. I don't recall any horizontal crop but that doesn't mean it didn't happen! I'll investigate.

I'll be doing a follow up piece after I've finished post on this film and I'll be discussing workflow. Maybe then I'll have an answer!

Imperfect glass and flares are all I care about these days :)

That's super interesting. This article was just meant to discuss the Director's angle on using anamorphic but I've considered interviewing my DP on Anamorphic and getting more into the nitty gritty details. Definitely something to bring up.

Thanks for mentioning this, Chris!

It's legitimately worth discussing. Anamorphic really does let you feel closer and still have that width to pack in story.

Yes. The obvious fear about using anamorphic is that it will increase risk. But you've just made a very powerful argument in the opposite direction.

>> rarely does style translate to success without efficiency

Very nicely expressed - and especially true of video. If anamorphic makes your blocking easier then it reduces your risk when shooting on locations you have limited access to. Or unlimited access but a high hourly for crew and equipment.

Clearly, this is a situation with a huge asterisk. It may not be your cuppa tea. Also, you could be shooting a film with a huge number of cuts in mind. But I believe most independent filmmakers who are focused on actor performance will find a lot of freedom in the anamorphic format.

English idiom note in case you ever work on a script set over here: we'd never say "cuppa tea". Because cuppa means "cup of tea"...

Good luck with the film!

Of course! That's just me getting maybe a touch too cheeky with my language.

Bret - about blocking for location shooting and the limited time productions often have, why not just use a model, either physical or computer? Take some photos of the distance background, pin them around the edges of table, put some cardboard buildings in place and move action figures around?

Pre-visualization is an important conceptual tool but the worst thing a director can do is set hard creative expectations before going on site. This particular shoot was 6 hours away from my home. I had location scouted twice but things change far more than you might imagine.

In the end, it's far more important to be flexible on site than to have rigid ideas about how things will go without massaging that action with your on-screen talent. My point is that anamorphic can definitely increase that flexibility.

Gorgeous shots! Is there a link to the finished work?