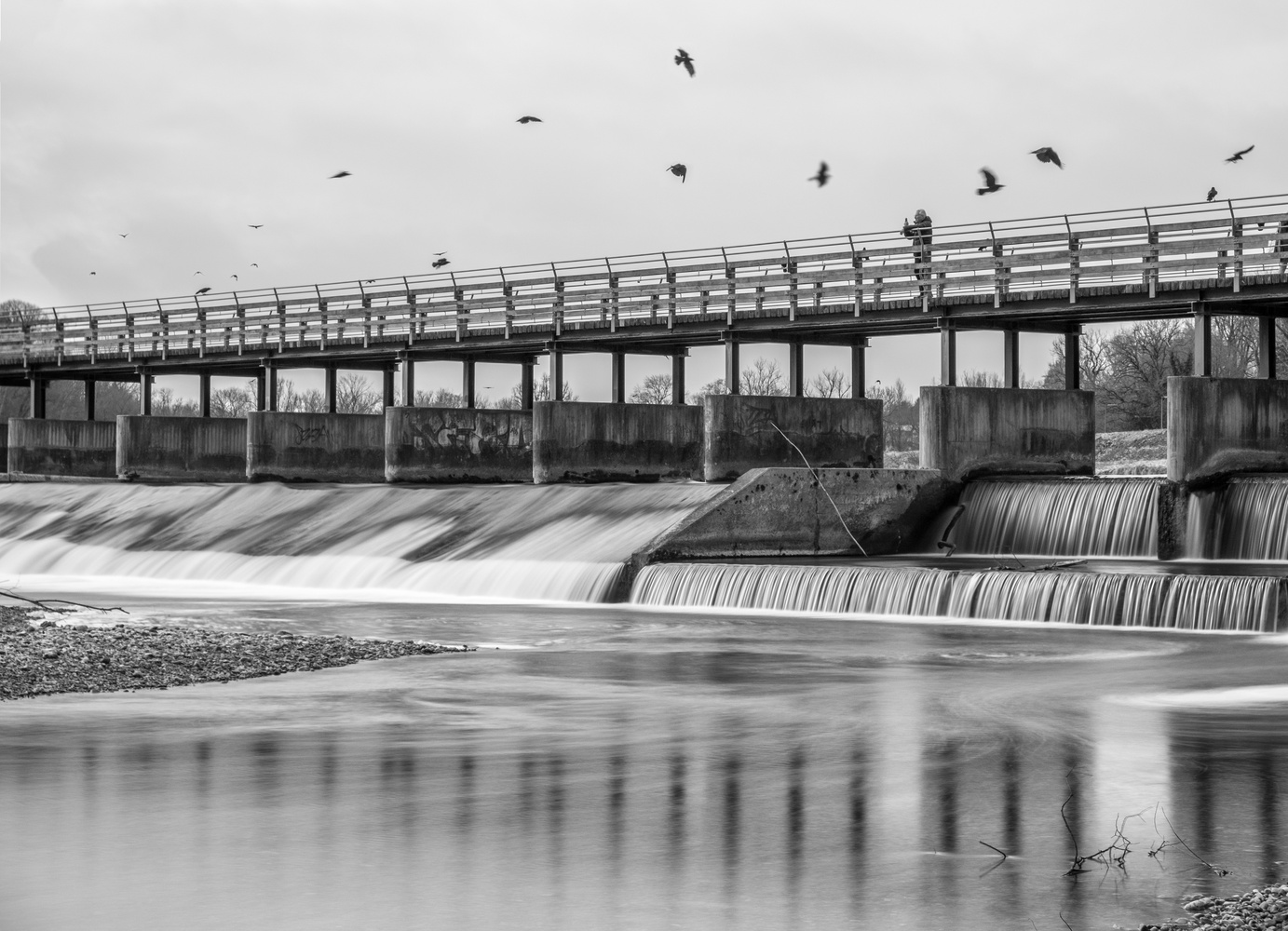 Taken in a single shot except the birds are from several shots composited together. Any feedback for improvements is much appreciated!

I don't have any quick/easy improvements to mention outside of removing that stick on the wall in the foreground - but that isn't a big deal.

Now this strictly applies to online photos as well. In print, depending on the medium, black and whites can have totally different feels/tones/impact by how they are printed.

All of that said, there ultimately just isn't anything in this photo that captures me. The foreground isn't inherently interesting. The guy on the bridge to me is the "focus," but I don't know anything about him. Why is he important? Composition wise it's got a lot of things right.

I hope this made sense, as it's a little abstract explanation and less technical.

Thank you for the feedback!

Other than for drama and contrast, I'd turn something B&W to emphasize shapes, patterns or geometry. And I guess here I saw the various types of lines at play (the bridge reflections on the water, the falling water itself, the structures of the bridge, the railings). But yeah, the subject and the scene aren't the most interesting and the day was dull with no cloud to add to the scene.

I may just revisit the place to take a similar shot but at a different time of day with better conditions.

Like I said, I like the image! I think with better conditions it would turn out even better.

Also I noticed you might want to have the birds reflecting in the water if you add them in again. Just something really subtle to sell the addition.