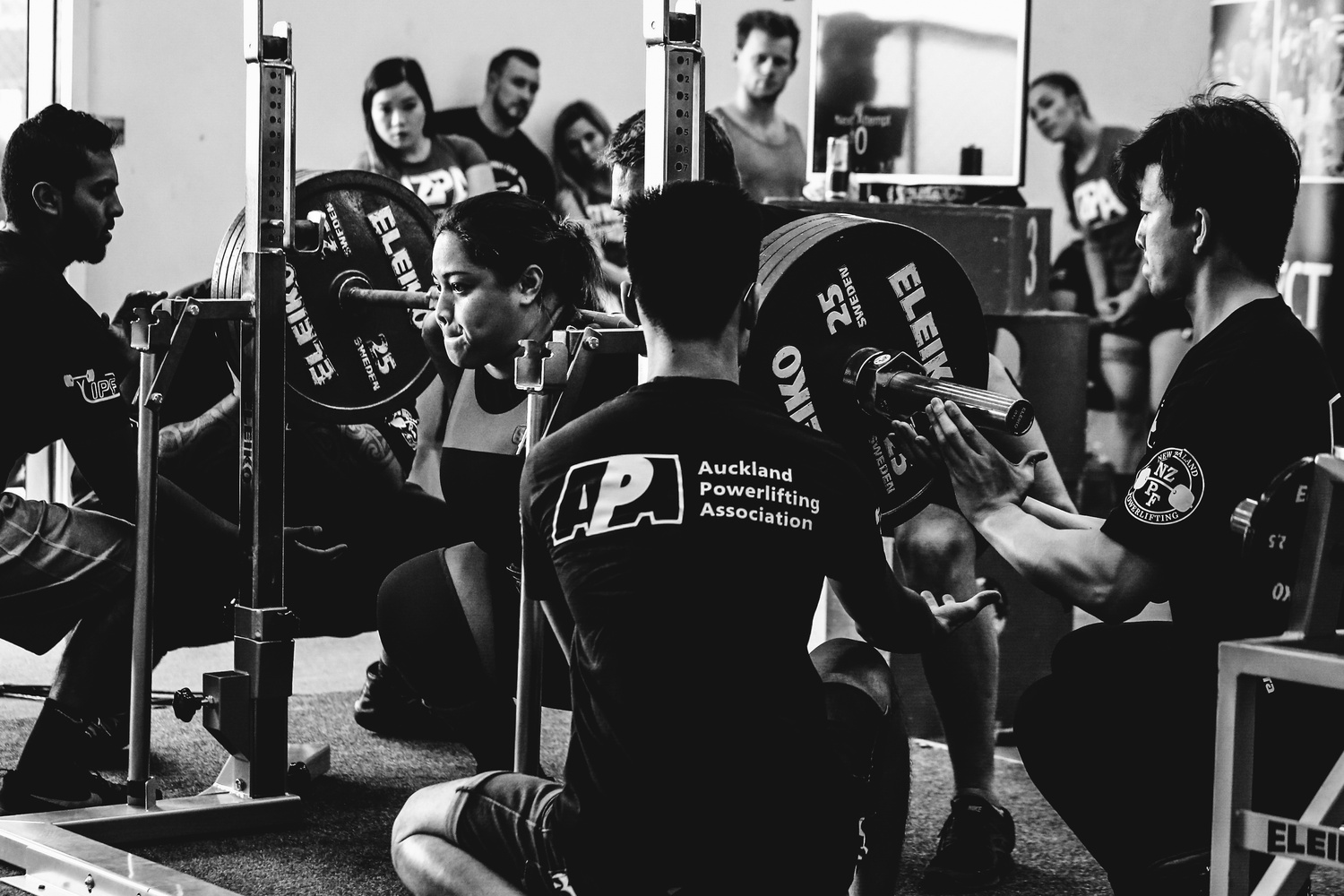 Female Powerlifter from New Zealand making 500lbs look easy. This is the girl that warms up with your max.

The more I look at this picture the more I like it. Especially how you manage to frame all of the individuals in the background. Coincidence? Is this from a series of similar shots and you selected the one with everyone having the best expression? Or is this just the shot that you took and everybody happens to be lined up in an interesting manner? Have you even taken into consideration the interesting nature of the people in the background? I feel like I’m asking too many questions. 😁

Thanks for your comments, Logan. Questions are all good.

I took a few photos that day as my sister was competing in the same weight class.

It's one from three frames I took trying to catch the moment she started to lift after hitting the low point of the squat. I thought that would be the best moment to catch the flex in the bar, of which as you can see, there is plenty.

Her face was pretty similar in each shot (she's SUPER strong, so no grimace), so I picked the one with the least amount of obscured faces in the background including the reflected head of one of the judges in the screen.

Having all these other lifters in the background was the cleanest shot that I could get at the competition since all the scoring screens and other gear are just to the right of frame and the judges panel is just to the left.

Everyone had a few attempts at each different lift and this one was a record attempt in New Zealand. I figured all eyes would be on her too since she was the favourite to win.

My sister had just set the record a few minutes earlier and the girl in the photo had to put some more weight on the bar to win.

It was pretty awesome to watch.

The lift was good and this girl won.

P.s. I dig the batgirl pics.

Thanks dude. The Batgirl photos were what resulted after I created the composite image I have submitted for this competition. I figured it would create less copyright complications if I learned to make my backgrounds look like a comic book instead of using someone else’s artwork to insert my subject into. There’s a lot of experimentation going on with my photography right now. I appreciate the positive feedback. Also fantastic story behind this image. I could know nothing about weightlifting( and I don’tj but I would know that this is a special moment in this competition based on everyone else’s expression. There’s a lot of great fitness/bodybuilder photos in this competition, but I think photos like this one that capture a genuine moment always have the advantage over a studio or environmental portrait.

Great photo! Everything about this says strength.