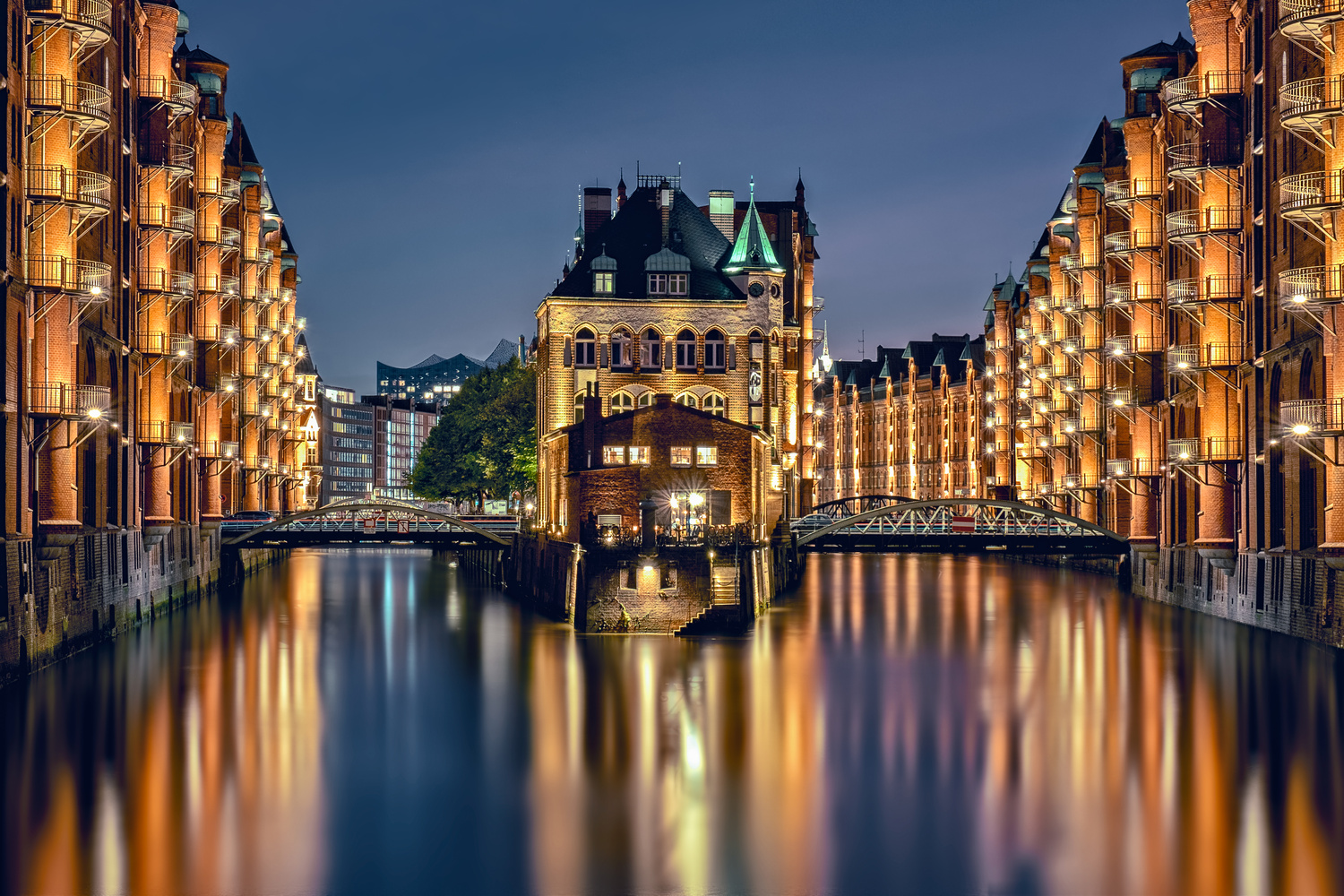 This picture has been captured at the Speicherstadt district in Germany's second largest city, Hamburg.
I blended together multiple exposures (HDR brackets + passing cars for light trails on the bridge). But as the tip of the Iceberg, I even rebuilt the entire right side of buildings in Photoshop as they were completely covered in scaffolding. Took some time, but that way I didn't have to travel back to Hamburg to retake that shot.

The Speicherstadt is the largest warehouse district in the world where the buildings stand on timber-pile foundations. It is located in the port of Hamburg within the HafenCity quarter and was built from 1883 to 1927.As of 2009, both the district and the surrounding area are under redevelopment. As the first site in Hamburg, it was awarded the status of UNESCO World Heritage Site on 5 July 2015.