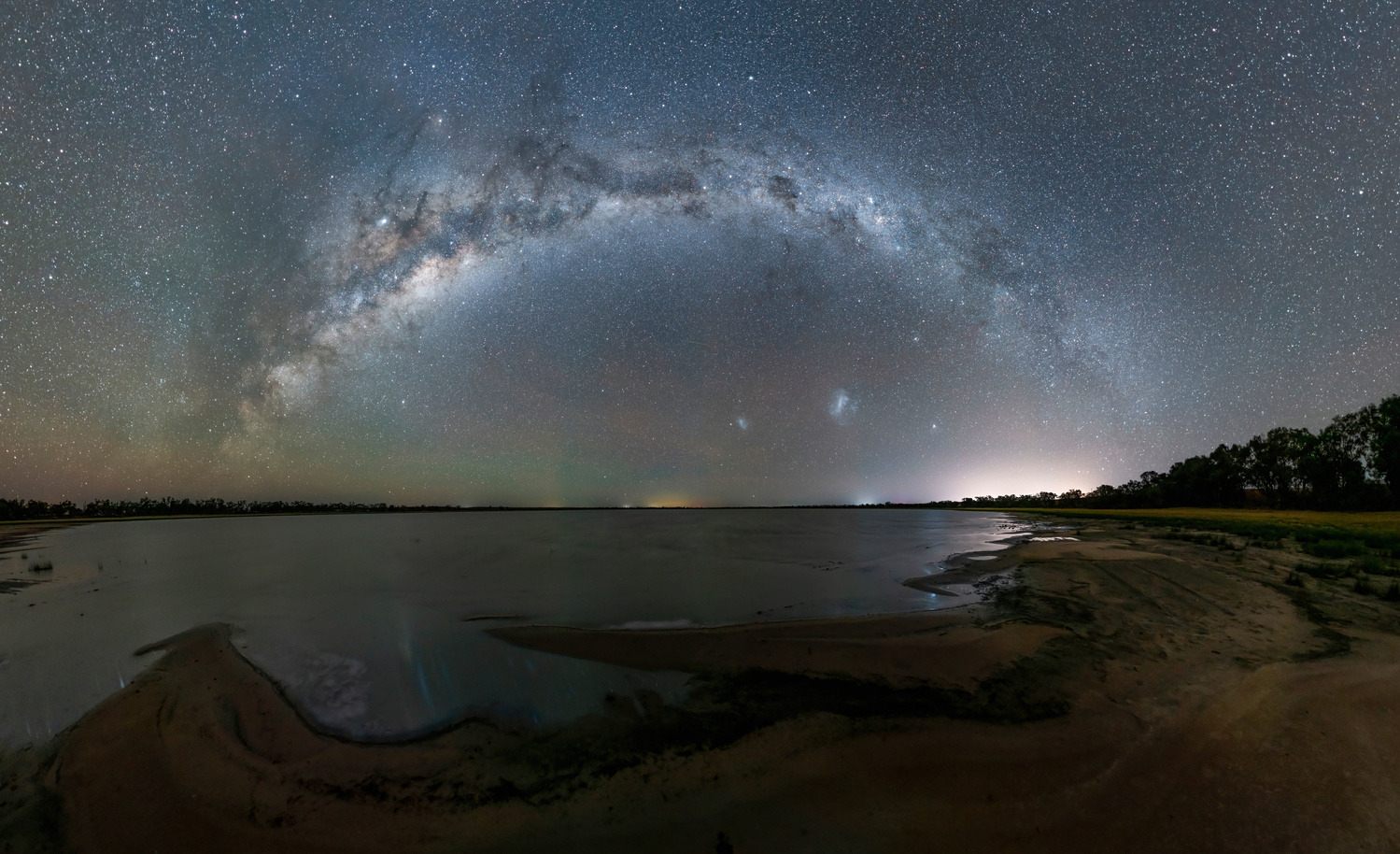 I went out last year to Lake Tooim a lake near where I live, to shoot the Milky Way. I thought I would have the spot to myself. As I drove up there were two 4x4s bogged to their axles in the lake with two drivers covered in mud. One 4x4 was barely recognizable, had that much mud on it. I had a very long tow strap and a snatch strap which I had never used, after messing around I managed to pull one out, he then used the straps to pull his mate out. I then enjoyed a couple of hours of photography.
An attempt from the night to capture a hi-rez 360º Milky Way image, 49 shots, Sony a6500, Samyang (Rokinon) 24mm f1.4, Metabones adaptor, 15-second exposure at f1.4 taken with a robotic head. Final image size 789 megapixels. I am hoping to achieve a gigapixel Milky Way image. I might try using a 1.4 teleconverter on my 24mm? The problem is the time to take so many images you end up with double stars on the join lines.
This is a crop taken from the 360º image.