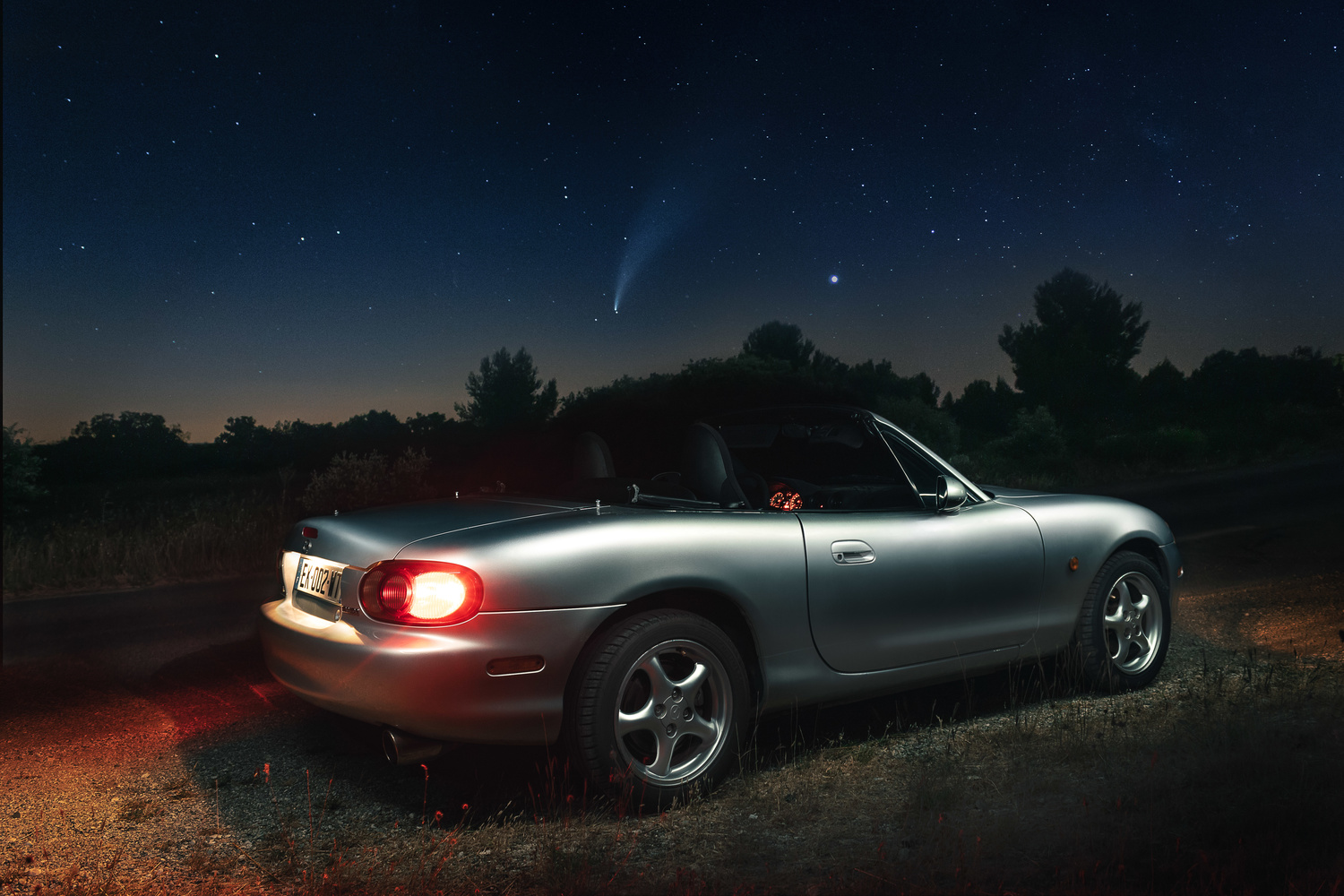 I initially went out to shoot the comet but couldn't get an interesting composition, so I decided to practice some light painting on my car. This is made up of several expositions lit with... my phone's flashlight.
The sky was replaced with two photos from earlier in the night as focus was slightly off on the shots I planned to use for it. The comet was present in the original frame though, approximately in the same spot.