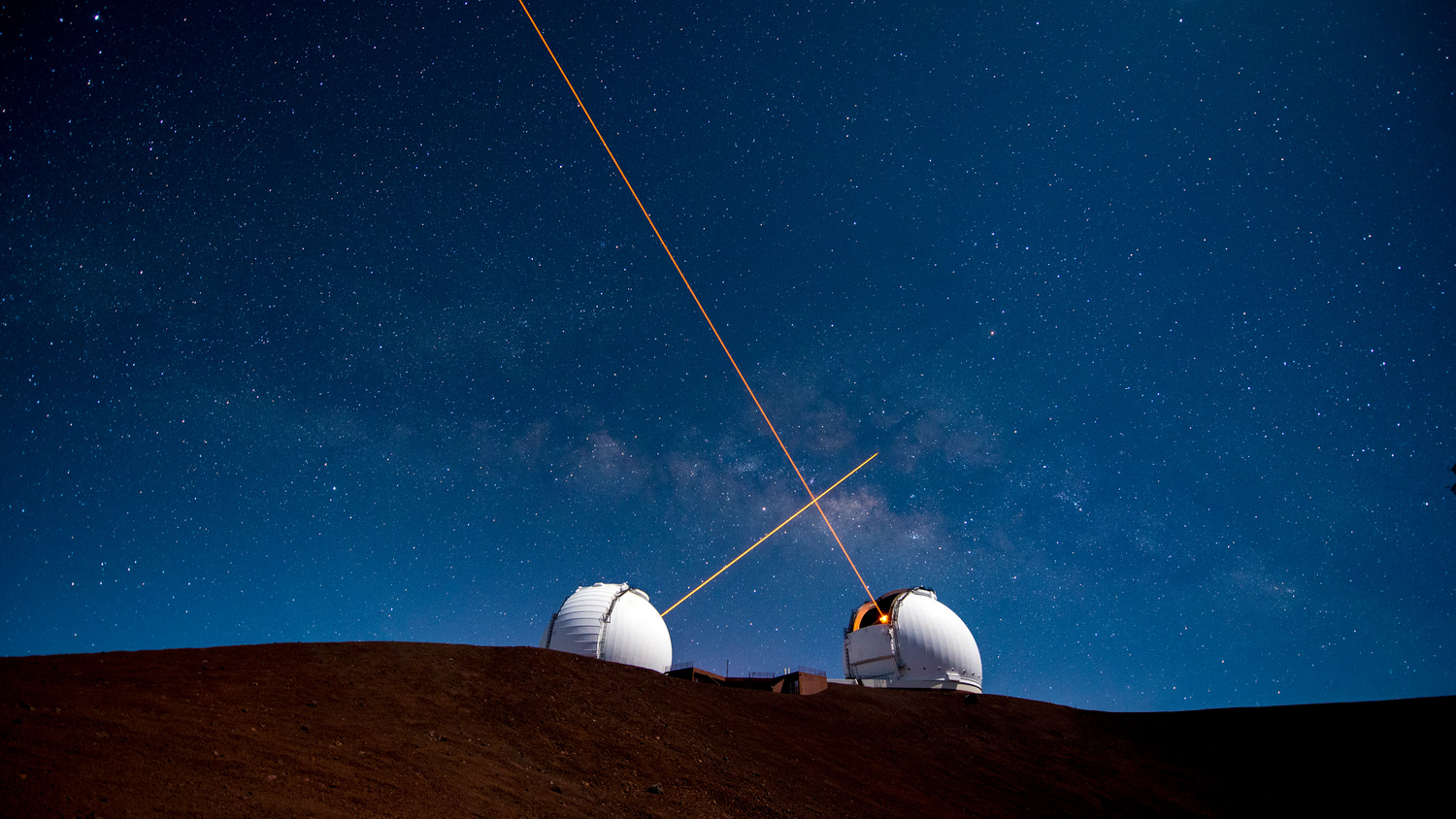 This is a long exposure from the top of Mauna Kea in Hawaii. The summit is just under 14,000 feet. These lasers are called guide stars and are visible with the naked eye but much more pronounced with a long exposure. Here's a more technical explanation from the Keck Observatory website: Keck Observatory’s Laser Guide Star systems create an artificial star in the earth’s mesosphere, at an altitude of roughly 60 miles, by energizing a naturally occurring layer of sodium atoms, causing them to spontaneously emit light (or glow like a star). The adaptive optics system uses this artificial laser guide star to measure the aberrations introduced by turbulence in the earth’s atmosphere. A six-inch diameter deformable mirror with 349 actuators is then used to correct for these aberrations at a rate of 1,000 times per second, effectively taking the twinkle out of the stars and providing near-perfect detail for planets, stars and galaxies. Combined with the 10-meter diameter primary mirror, Keck Observatory can offer images with five times the resolution of even the Hubble Space Telescope.

Winner. Awesome explanation of the reason for this too.

Wow I love this. Unusual subject matter. Great light and execution. It's a shame the rating period is closed. Nonetheless, I'd give you 4 stars! Super clean shot with lots of detail! Just on the right side of the picture, an object is lurking in. You should clone that out ;)