New 35mm KONO! Donau Film Is One of the Slowest at ISO 6

I find myself saying this a lot these days, but that's not a typo. In fact, the listed ISO range for the new KONO! Donau film is actually ISO 3-6. With such a low sensitivity, photographers can capture longer exposures in daylight. The film's extremely blue tones serve as a reminder that it's still in the experimental range, but there's an entirely new limit to what you could do with a hand-rolled ISO 3-6 film.

The tones in this film make it easy to perhaps shoot something with a day-for-night feel. But beware: some of the practice shots seem to display what's known as reciprocity failure, which can occur when films don't receive enough (or, more rarely, but also possible: too much) light. Usually marked by areas of what I call "grey red" on film, KONO! Donau seems to exhibit a more "grey green" tone these problem areas. But all one needs to do is simply expose properly (err on the side of "longer") to avoid this phenomenon.

Either way, the film should be a joy to experiment with, this time actually allowing different types of shots as opposed to ones that feel like they merely have the latest Instagram filter over them. But act fast if you are interested: supply is limited at Lomography.com. 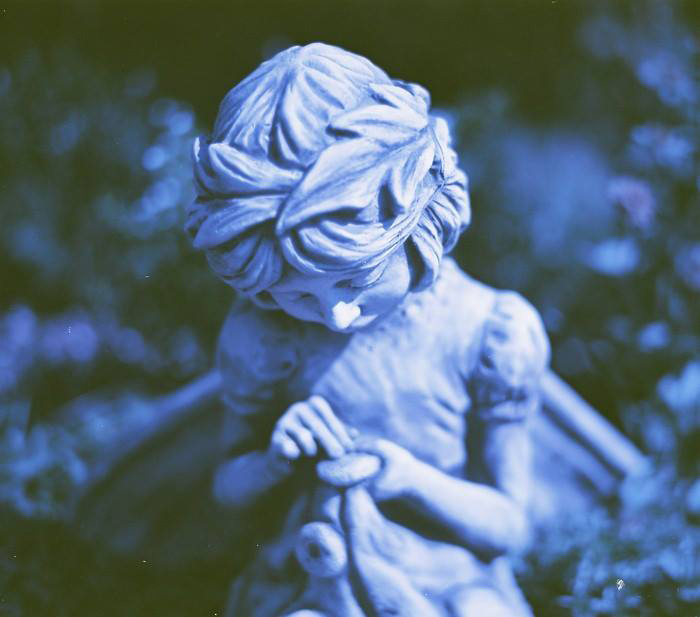 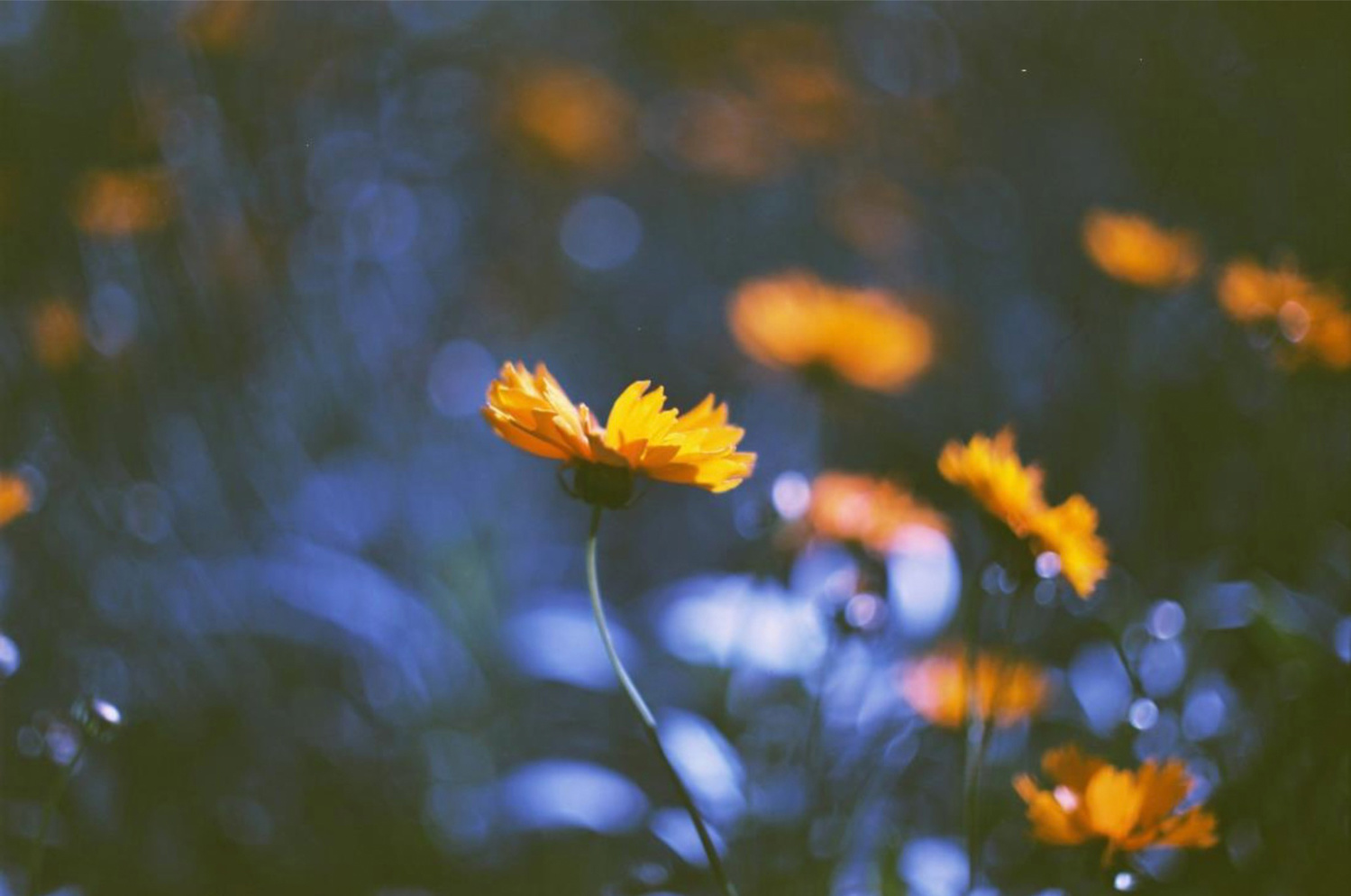 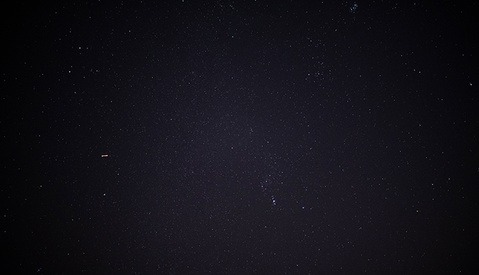 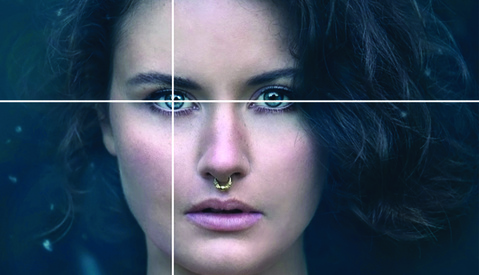 Education / May 17, 2016
Breaking the Rules of Composition to Make Your Images More Interesting 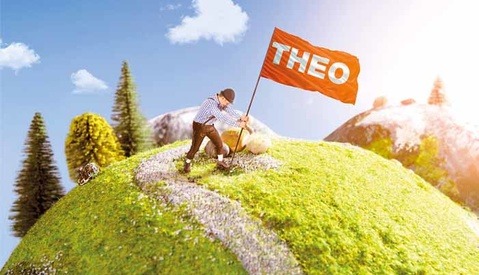 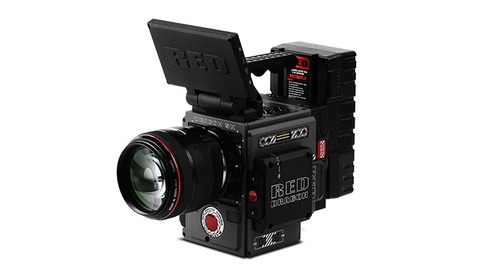 Too bad this stuff isn't normally balanced. I would put it in my FTN and F2SB Nikon bodies. I can meter to about ISO 8, close enough for me.

I continue to shoot film even though I also have a DSLR. This looks like a niche film with a low-end ISO of 6 like the ISO 3200 is on the high end of film's capabilities. It would probably be good for shooting waterfalls and rapids in daylight without using ND filters to slow motion down.

I am concerned about the reciprocity failure mentioned in the article and about the color shift. Both my Canon A-1 and F-1N can handle ISO 6 as their lowest ISO setting.

Yeah... Given the color shift, it definitely seems like more of a toy film than something a fine art photographer could rely on. But of course it is -- it's limited. So you couldn't count on it anyway for a long-term project. Still fun to see, but unfortunate that film isn't -- yet -- growing in this area.

Wow, $46US for a 3 pack of what is basically something just to mess around.

I wish it was black and white. I could use SLR without ND filter at wider apertures.

Sure... But 4 stops is still a big difference... It's 3 stops from the most readily available low-ISO B&W Ilford Pan F+, but you can always scan this in and "turn" it black and white...so...hmm....

Yes it is a nice difference, like using f/1.4 instead of f/5.6. But I read a lot of comments that make me think people understand ISO6 as incredibly low (slow) and useless :-/
I've already ordered a pack to try the conversion in BW. The online samples in color that I converted are showing up quite well. Let's experiment ! It's what I like in film :-) Cheers ;-)

Back in the '70s there was a B&W developer by a company called H&W. It would allow you to shoot Kodak High Contrast Copy Film as a super fine-grained and extremely high accutance continuous tone film, at about the same ISO.

Turned out that if you took any film like that, you could develop it in a similar manner in Rodinol or a Kodak developer who's name escapes me right now. I think Kodak created a competing developer to H&W developer. I still have some negs laying around from those times.

So if film like that is still available, you can do the same today. While most of those films were orthochromatic (they were only sensitive to blue and green), there were some panchromatic emulsions available.

I'm currently shooting Adox CMS II 20 b&w film, which is very similar to Kodak Technical Pan. I rated it at ISO 6 to tame the contrast. Sharpest film you can buy today.

Yeah I recently found out about that film. Some people claim it's nothing more than Agfa High Definition Pan. I know nothing about this stuff however.

Interestingly shooting Kodak High Contrast Copy Film with H&W developer would give you somewhat thin negs (and very low contrast) if you weren't careful with development. Never really had tonal issues with that combo. I guess that ship has long sailed out. :-)

Scanning film with a flatbed is futile, especially 35mm. They're pre-focused units that simply don't focus on the film plane. If your film is curved from edge to edge this becomes and even bigger problem. Even modern dedicated film scanners are pre-focused. Very aggravating.

There's only one scanner I'm aware that not only focuses on the actual film plane, but has a glass carrier option to maintain perfect flatness. That unit is the discontinued Nikon Super Coolscan 9000. It is available at astronomical prices on ebay, but as far as I know is the only option available to properly scan film.

I personally have a Minolta Dimage 5400 scanner, which doesn't have a glass carrier, but at least does focus on the film plane. As long as I have a flat film strip I'm OK, but that's not always the case.

It's a very unfortunate situation today with scanning film.

You can get newton glass holders (basically just a fancy way of saying two special pieces of glass to sandwich film between) for most flatbed scanners these days, but the popular solution is with the Epson V700 or V750 scanners. They're still prefocused, of course...but if you're willing to go through the work, making sure the feet of the holder are positioned right for the random/arbitrary pre-focusing of YOUR scanner, wet mounting between glass plates, and then scanning helps the process be much less "futile." Either way, I'd say you can get prints a few feet wide with a good flatbed scan that you really pay attention to, but it's not easy. And that's about the limit... But wet-mounting helps a TON, even if it is a pain in the ass...

Yes you can get a better scan that way, and actually, if you happen to hit the scanners focus point, then you'll get a very good scan. The problem lies when the focus point is at or below the base glass level. You'll never hit proper focus then.

Although modern film scanners are also pre-focused, you will probably have a better hit rate on the focus and scanning image quality, although you'll still have to deal with film curvature. It would be interesting if someone made a precision adjustable replacement glass carrier for some of the film scanners of today the way they make them for the flatbeds.

There is actually one other way to scan film that yields extremely high quality results, but it is cumbersome, time-consuming, and risks damaging the film if you're not careful. It is outlined here:
http://photo.net/digital-darkroom-forum/00b7Fk

Yes, exactly. Anti-newton-ring glass, even, I suppose :-) Thanks for the correction.

I suppose you could put something under the corners of the glass holders to prop it up to the right level after enough trial and error in a very manual calibration process for flatbed scanning, but I have always liked the idea of scanning with a DSLR... I might just give it a try one of these days...