Finding the best quality of light is most of our job as photographers, and a great place to start looking is window light, especially north-facing window light. This type of light creates a soft transition from light to shadow, and can be very flattering on our subjects. Sometimes, however, we need to get consistent results all day, as in the case of this menu shoot, and using a window will cause too much variation in the light.

For this shoot, we needed a consistent color, direction, and softness to the light all day, as we would be photographing the entire menu for Mi Casa, Itaewon. Weather in Seoul is extremely prone to change, and the dense buildings reflect and block light in different ways all day. The shoot would also last from early morning to sunset, meaning that the light temperature would also be changing. It would be difficult for us to use their beautiful, big windows to get consistent light. So, I knew that I would need a neutral-colored, soft, directional light that would wash over our whole scene. I could be working anywhere on our 2x1 m surface and using a small portion or the whole board at any given time.

Knowing this, the source would need to be very large. The largest source I own is a Photek Softlighter 60, and this simply wouldn't be big enough. I looked around the rental houses here in Seoul, and nobody had anything bigger to work with, so I would need to build something myself. I decided on building a wall of light for us to work with. 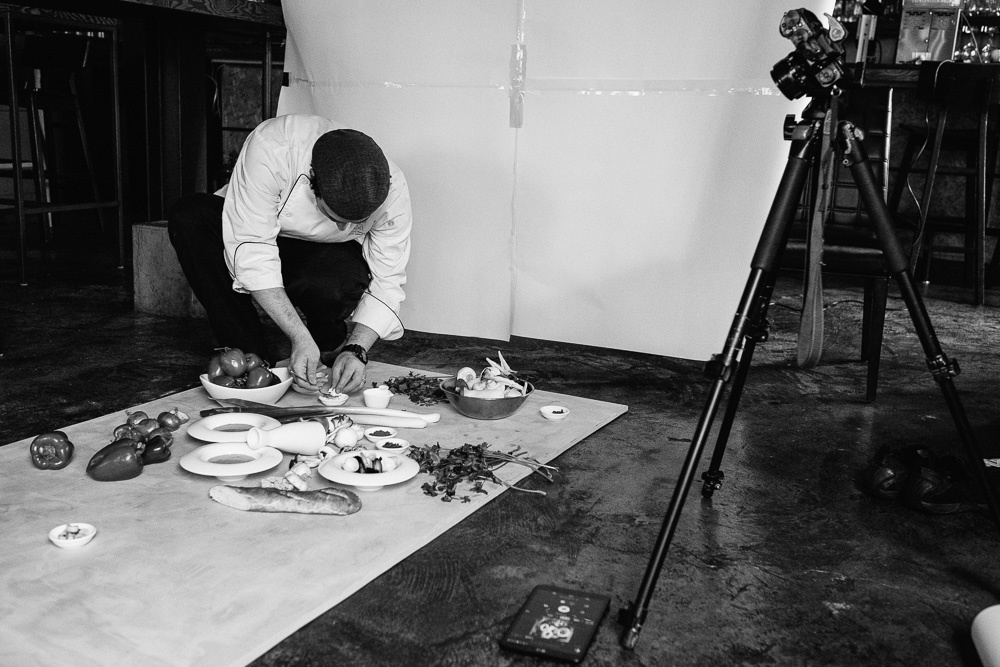 Transportation and the spiral staircase up to the restaurant would not allow for something rigid or more permanent, so I decided to use the largest sheets of white paper I could find. I chose a section of the restaurant where I would be able to hang the sheets from the ceiling, and then began taping them together to create a three-meter long wall of light from ceiling to floor. This would become the effective light source for the day's shooting.

I would then put my Paul C. Buff Einstein 640 in the Softlighter behind the wall of paper. This would mean a lot of extra diffusion before the light even got to the paper wall and a more even spread of light than using the standard reflector bowl on the flash. The flash facing backwards in the Softlighter begins softening the light, and then the diffuser on the front softens it again. This spread the light fairly evenly across my final diffuser, the paper wall. 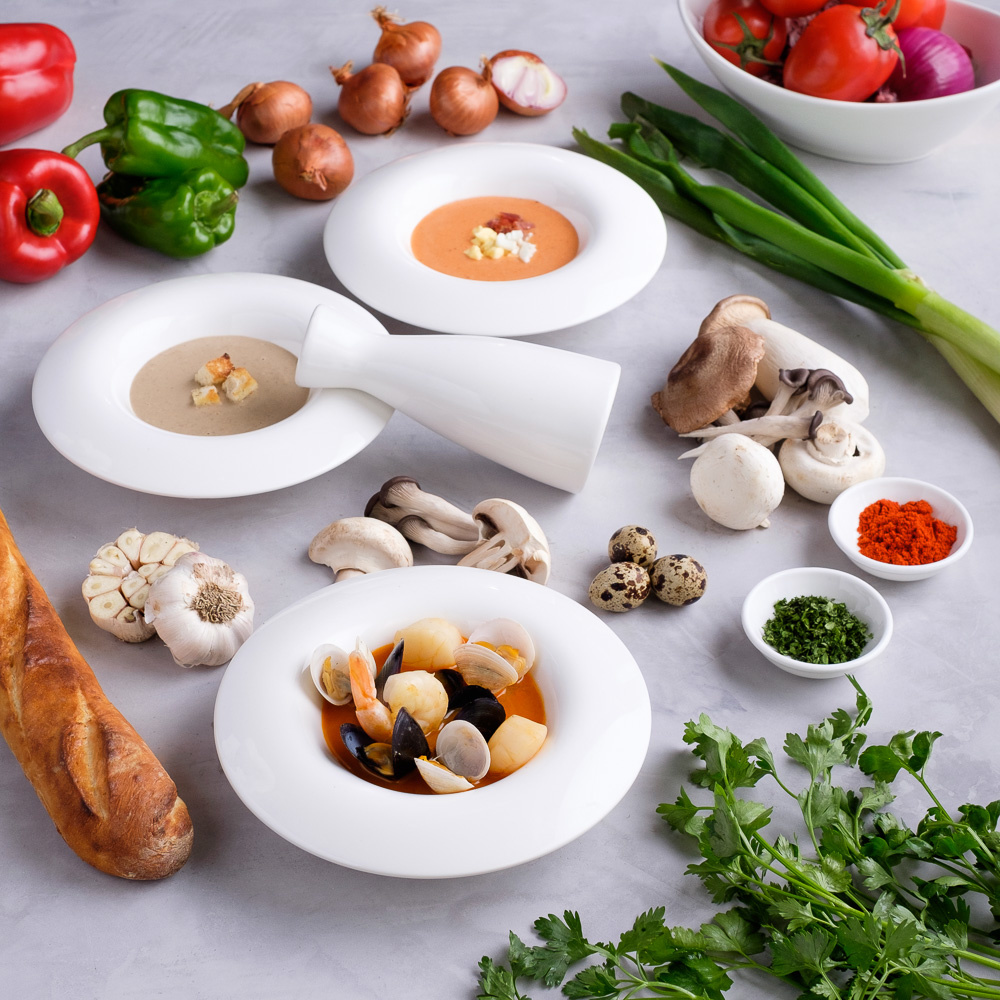 Of course, if your shooting area is not as large as mine was, there may be no need to create such a large wall of light, but double diffusing is a great way to soften the light regardless and can significantly increase the effective size of your light source using non-photographic materials that are usually a lot cheaper. This technique can also be used for portraits, or anything else you may need to light with very soft shadows.

Lighting / September 23, 2017
Five Types of Ambient Light You Should Know How to Use in Photography

Very nice sollution Dylan! Did you use any fill for the shadow? Presumably not, it looks terrific!

There was once or twice were a shadow we didn't like crept in, and we simply filled it with a small bounce card. The bottom soup bowl would be an example, the shadow was quite dark, and the mussels had no detail. An A4-sized bounce card fixed that very quickly.

So you shot through the paper? Do you mind telling us what your power was sent to?

I don't remember exactly, but it would have been quite high - 1/2, or possibly 1/1 - as we were lighting that large area through both layers of diffusion.

Nice work the challenge to have consistent lighting thru out the shoot is why i rarely shoot without my packs when shooting food at restaurants.

Paper is indeed cheap, but it's not very practical and diffusion material isn't that expensive so I'm not sure it would be worth the hassle.

My choice for double diffusion would be either my rocsco rolls (3010 or 3008) or lastolite scrim with 1.25 stop of diffusion.

Light source would be a Elinchrom Indirect Octa either 190cm or 150cm depending space and what i want to achieve.

A more elegant sollution indeed, but paper is so cheap here - each of those sheets was around 10 cents - that we use them for diffusion all the time.

That makes sense.. I mean is tack sharp but the lighting just looks so soft. It's great.

Your solution here is good for consistent food lighting. However, there is a supremely magical quality to real sunlight that simply cannot be replicated with any sot of lighting equipment I have ever seen.

Whenever possible, I love to shoot with sunlight as well. But when time constraints come into play, you do you what you can.

Not many people shoot food in direct sunlight for good reason, you diffuse it one way or another. Sunlight is reproduced very often, have you been to a film/tv set ?

I have. It's something I'd love to do more of. I've shot food a few times in hard sunset light. Usually the chef and I love it, but the managers all hate it. ;)

I have been on film sets with artificial sunlight, but its just not the same for me. There is a dynamic and magical quality to sunlight that works in harmony with great food for my best work. I prefer my food photography to mirror the natural and dynamic cooking of great food and real sunlight is absolutely essential.

Nice food shots, but the faux tablecloth imperfections are distracting.

Useful way to soften the light but this light lacks of contrast and make food dull and flat. Food need some highlights to make it pop rather than soft all around.