The Sigma 14mm f/1.8 DG HSM ART Lens is one of the most exciting lenses for astrophotography enthusiasts in recent years and here are some of the first real world Milky Way images taken with the lens that also answer the big question: How's the coma?

For photographers that focus on sky images, one of the biggest concerns for any lens is how the stars look in the corners when shooting wide open, and I have to say that the new Sigma 14mm Art lens is looking incredible. Coma or comatic aberration occurs when off axis points of light, like stars, are not sharp due to the optical formula of the lens. Coma tends to look like each star has wings instead of being a point of light like the stars in the center of the image. 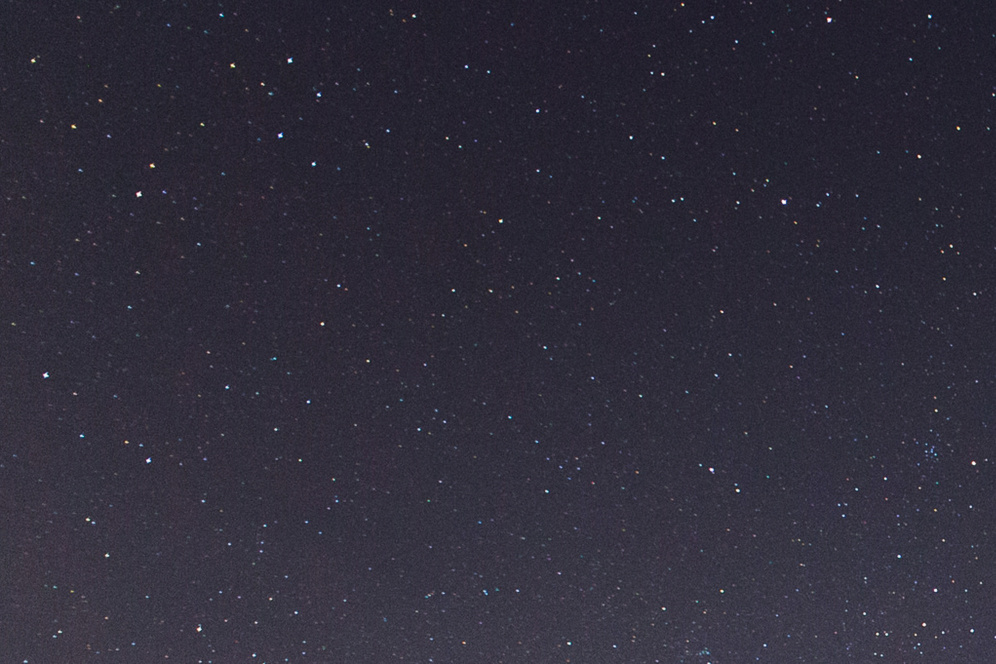 The image above is zoomed into the top left corner of the main image. 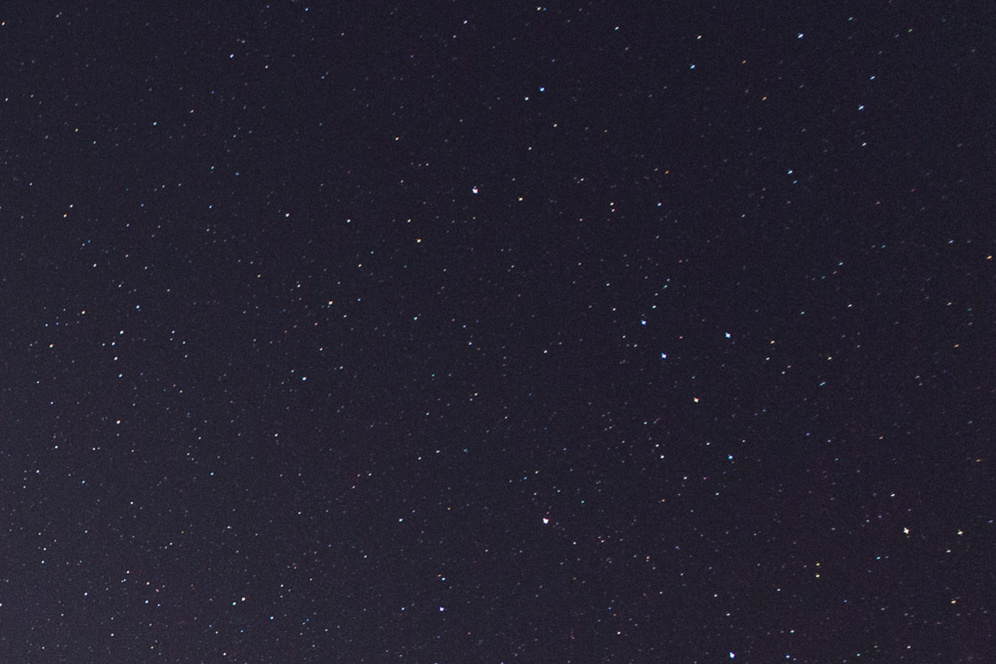 The image above is zoomed into the top right corner of the main image.

My biggest concern when this lens was announced was if Sigma would keep things the same with coma in the corners of the lens as it had with the 24mm f/1.4 DG HSM ART and 20mm f/1.4 DG HSM ART lenses or if it would return to the optical formula that was closer to the 35mm f/1.4 DG HSM ART lens. The answer is that Sigma seems to have landed oh so short of the 35mm Art perfection, but it is much better than the 20mm and 24mm Art lenses. I say this because we are talking about a lens that is a full 1 1/3 stops wider than its competitors, and it looks like Sigma is finding a balance in its optical formula that allows such a wide aperture with fairly well controlled coma.

Is the Sigma 14mm f/1.8 DG HSM ART Lens perfect? No, but it's close and maybe worth another look if you shoot the stars.

Images by Tony Liu and used with permission. You can see more of his work on his Flickr and Instagram.

The astrophotography market has been dominated by the Rokinon manual lenses so far. It would be very interesting to make a side by side comparison of this new Sigma lens with the Rokinon.

I was surprised by the small size of the stars and coma/astigmatism tails in the corners, in comparison with the test results I obtained with my own Sigma 14/1.8, so I made some verifications...if I'm not mistaken, the "zooms" are not 100% crops but less than 50% views, probably about 45%. That should be mentioned because people may suppose that it's 100% crops and even if the lens is very good, 45% vs 100% makes a big difference!

hi Thierry, i simply cropped into the same FOV as it appears on my screen when viewed at 1:1 in lightroom, cheers

Simply put, the images being displayed here are ~995 pixels wide. Is that the pixel width that you originally cropped them at in Lightroom, and exported them at?

what i did was zoom in lightroom at 1:1 and what showed up on the window in lightroom i simply cropped to that exact same crop then exported as jpeg if that makes more sense

Let me try another way: Lightroom has an option to display the actual cropped pixel dimensions. With that image info turned on, are you cropping to 996 pixels long?

Alternately, just throw a CR2 file on a server somewhere, and let us inspect for ourselves.

i've realised something...i am guessing JT would've just took screenshot of what was showing on my flickr page because I had not sent him my files before the article was already posted, now that i've actually clicked on the posted thumbnails it looked like a smaller down sampled version of what i originally cropped, that might explain why

well Tony, I think that we understand now the reason of the discrepancy in scales! :-)

haha hi Theirry yea, i've just posted an 888 pixel wide crop down comment below but here it is again, hope it clears things up a bit more, top left corner 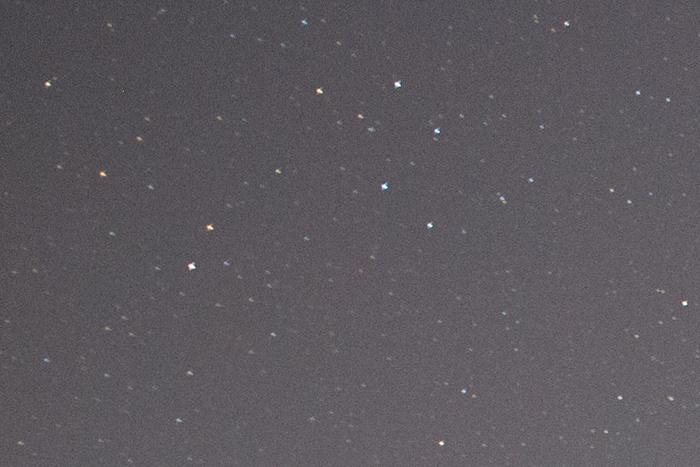 i might also add (just to help put things in context), my copy looks sharp wide open even basically to the border, IQ only really suffers at extreme corners where it noticeably softens but it does it quite uniformly across the 4 corners, feels like to me light field curvature (which incidentally was what Roger at Lensrental reported as well, mostly flat field and just slight field curvature)

I agree Tony, field curvature seems slight, as well as vigneting for such a fast lens (much better than Canon and Samyang 14mm)

what has really impressed me so far is distortion control, the cityscape pic i posted below had no distortion correction, i feel like everyone's so concerned about coma and astigmatism (and fair enough rightfully so) they're overlooking how wonderfully the lens is performing in all other areas like sharpness and distortion etc

hi Thierry please see my reply to Matt directly above

Coma ppssh! The marvel is that its a freaking 1.8 and going off your settings used. You could have gone to 30 secs, 1.8 iso 800. That's just insane. Also using image averaging where you can. You're talking about some ridiculously clean astro shots. I don't see a reason NOT to get this less for astro.

hi Kyle, i am the guy that took the images, it was taken in my light polluted backyard, reason for only 10 seconds was to miminise star trails as rule of 600/500 don't always work pending on what part of the sky (which is why you often see sharp as tack stars in the centre frame using UWA and start to trail around the edges

but yea the lens is a marvel for sure, for me personally the coma is very acceptable, lens is sharp across the frame, and the distortion control for such a wide lens is phenomenal, it seems to deal with flare quite well too, at least my copy:

the coma performance of this lens has been heavily scrutinised (and rightfully so) but i can see this lens being used many other ways like architecture, concerts/events etc just for how impressive the other mertrics of the lens are 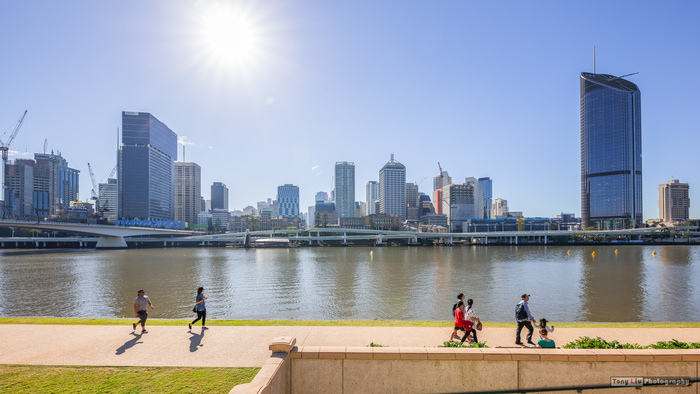 Do you thing there's anything better to buy instead of this lens when it comes to Astro and landscapes? i have a Sony a7s and Sigma MC-11.. what is your advice?

Lenses like this are a one-trick pony, Mostafa. You've got one focal length, and the lens is heavy as a brick or two, no front filters, etc. There are much more versatile lenses out there, when you want to consider more than "just" astro. The Nikon 14-24 is a fantastic choice, as is the Tamron 15-30. A Canon 16-35 mk3, with front filter threads, lighter weight, and downright incredible image quality wide open, is an even more versatile astro-landscape lens IMO.

I would only buy the Sigma 14 if you already know that you LOVE 14mm, otherwise it's just too risky of an investment. The question is, how much have you shot at 14mm yet?

The thing people say is, well if you wind up LOVING 14mm, then buying the best lens right off the bat is a good idea. To that, I would reply, that if you're that obsessed with a single focal length, you might want to have a backup of it. Especially if you ever get into timelapse photography.

Therefore, it would be a win-win if you bought a Rokinon 14mm 2.8. I think my logic is pretty sound on why, but I'm sure many others will chime in with a more simple yes-or-no reply.

Thanks bro, sigma 14mm could be a good deal since my photography is about 75% astro and landscape right now which means i need something Wide with a good quality control and wide enough aperture to be useful at night and useful at landscapes when i get down to f11 or lower i believe it will give me maximum sharpness, all of these benefits i don't think i will get with any other lens , specially when i have a good offer here in my country which allows me to buy it with a good discount as low as a 40% off from it's original price, i guess it still win-win.

If you have a Sony look at the soon to be announced Laowa 15mm f/2 rectilinear, its more compact, far lighter, engineered for Sony and going by samples from the pre-production model it outperforms the Sigma 14mm f1.8 - Full disclosure, I'm from the Australian distributor of Laowa, but the samples I've seen have been taken with our pre-production copy by people far more skilled than myself.

Adam, I'm especially waiting on the vigneting measurements on the Laowa, all the more that the front lens of the Laowa is much smaller than the Sigma's one. Vigneting is very well managed on the Sigma and that's very important for astrophotography, since software vigneting corrections only hides it (but the underexposition and the bad SNR remain!)

I don't agree with this at all and surprised JT would write the article based on someone else's images. I was very excited about getting the Sigma 14mm and rushed out to take test shots on the 1st day I received it. Sadly I returned it the next day. The coma was terrible and all the way round the edge, not just in the corners, and didn't improve even at f/2.8. Attached is from Top Left side of one of my RAWs as a 2:1 zoom. Taken on a Canon 5DIV, ISO1600, 10s, f/1.8. 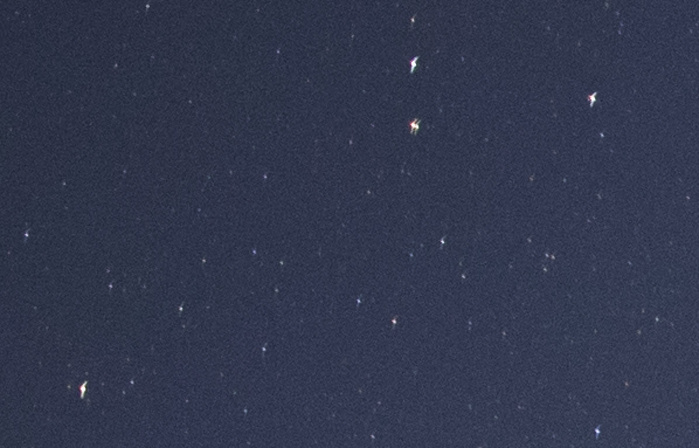 hi Jay that looks noticeably worse than my copy...i'd definitely try another if you're able :(

There's a few people I've spoken to who have the same issues. Unlikely I'll go back given the other much cheaper alternatives on the market unless Sigma can prove to me that any future copy supplied is rock solid and as per the test shots they posted that attracted everyone into the idea in the 1st place.

hey that's fair enough, i might've lucked out with a unicorn copy

Well you are showing a 2:1 magnification, so i expect it would be twice as bad at least.

what would be super helpful - if either of you guys are up to it - is access to the original raw files so we can see them firsthand. thanks for considering

Tony you can use dropbox, or if you prefer you can email it to me and i'll put on my dropbox. bvalente at gmail dot com