The CEO of Sigma Explains the Challenges of Curved Sensor Technology

The French website Mizuwari published a series of captivating interviews with the CEO of Sigma, Kazuto Yamaki. Among other things, the Japanese executive mentions the challenges of implementing curved sensor technology in digital cameras.

Simply put, camera lenses are round and project different rays of light on a flat sensor, which is not an ideal solution. This explains, for instance, the softness issue encountered on the corners of the image, especially when shooting wide open. In a perfect world, the shape of the sensor would match the light beam created by the lens. Several manufacturers, such as Sony, have been working for years to develop curved sensors where each pixel could be placed at the perfect distance in relation of the light beam. Easier said than done.

The CEO of Sigma agrees that the idea of a curved sensor is attractive, but the technical and industrial challenges are enormous. If a sensor is designed to adjust to the curvature of a lens, optics could become much smaller without the need of adding corrective layers of glass.

However, for Mr. Yamaki:

The problem is that each lens has a specific curvature field. Thus, a curved sensor which might work on a given lens would not necessarily produce good results with another lens. Actually, it could be worse than with a regular flat sensor. Ideally, we would need a sensor with variable curvature, but we are very far from this.

What about fixed lens cameras such as bridge cameras and point and shoots? It could be a good solution, but the problem will become economic. Taking the example of Sigma’s cameras, Mr. Yamaki says:

It would be too expensive to develop a specific curved sensor for each model. Just think about it: at Sigma, we have the 20mm of the dp0, the 75mm of the dp3, plus the dp1 and dp2, so we would need to match them all with a unique sensor, whereas we are now only using a single flat APC-S sensor in all those cameras. It wouldn’t make sense from an economic and development standpoint. Moreover, the next generation of lens production would be even more challenging because we would be tied to the curvature of the previous sensors."

Finally, he recognizes that curved sensor are a “great engineering challenge and can only work for smartphone camera modules where the volumes of production are sufficient to justify that type of investment.”

It seems that curved sensors are not going to make it into our professional cameras soon, but they might revolutionize the selfie industry. 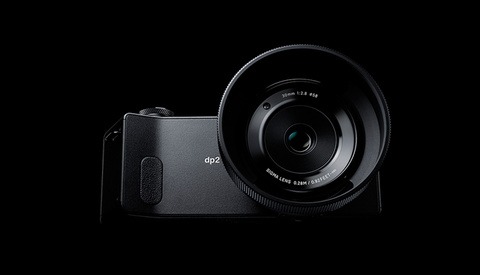 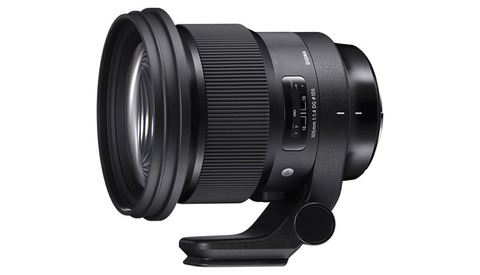 Gear / March 17, 2020
Sigma Is Focusing on Mirrorless Lenses From Now On

And lenses. On my first shoot with one of their ART lenses, I stood on the top of l'Arc de Triomphe and photographed the view along l'Avenue de la Grande-Armée towards l'Arche de la Defense, about 3 kilometres away. And when I enlarged that shot on my computer, later, you could read the letters on the buildings either side of l'Arche de la Defense. Amazing!

The thought process of projection is the blockage of the solution. For years projection to a flat surface and correcting the projected image by exhausting mathematical formulas for multiple layers of different shaped glass or by software algorithms has really corrupted the devolment of an amorphous sensor!

Sigma is usually not this negative about out of the box ideas....makes me think they've tried and know they're too far off to make it in time.

Sony will solve it....someone else might too, but Sony has had this idea on their radar for a very very long time...and they've already established a willingness to produce a low production number, niche camera like the RX1.

Imagine what kind of image quality you could get with full frame, curved, BSI sensor with sensor shift and a matched, custom 35mm lens. Go ahead and charge a mint for it, landscape and wedding photographers will buy it up. And even if Sony LOSES money on it, the way they have in the past on select things, it's a bragging right.

"We have the absolute best, unmatched image quality camera."