Is Modern Technology Killing Our Lenses?

With every new lens release we get bombarded with wild claims of “sharpest lens ever” and “bokeh so soft you’ll want to lie down in it.” A barrage of MTF charts and comparisons flood the web and debates rage in forums about which lens is better than which. Opinions fly and the knowledgeable and no so knowledgeable lock horns. But what if there were something other than sharpness that we could be looking at to discover a lens’ optical quality. Just what does a high element count with a few ED elements do to the resulting images?

In a couple of blog posts (linked below), Yannick Khong goes through some of the fundamentals behind the additional optical results of using modern lens designs (warning: it’s not nearly as technical and nerdy as it might sound). He discusses the topic in terms of “3D pop” and “flat” resulting images. Regardless of your stance on how much the technical qualities of a lens actually matter, these are both great reads and the linked videos are also interesting extensions of the writing. One of particular interest is Shane Hurlbut’s comparison between newer and older cinema primes. He shows side by side just what the difference is, and although it may seem subtle at first, keep watching. Here are Khong’s original posts on the “Death of 3D Pop” and some “Depth versus Flat Lens Comparisons.”

Personally, I found this read fascinating and am looking forward to reading more on the topic. If you have any other resources on this topic, please share them in the comments so we can all benefit from knowing a little more about how our tools work.

Check out Khong's website for additional deep dives into photographic theory. It is a source of excellent knowledge and one well worth spending some time with. 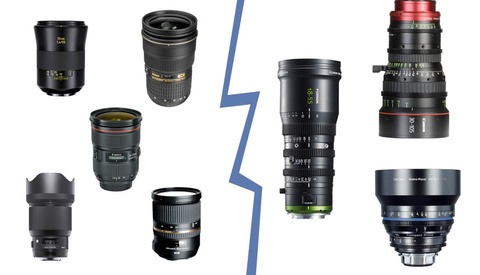 Gear / February 27, 2017
What Is the Difference Between Cinema and Still Lenses? 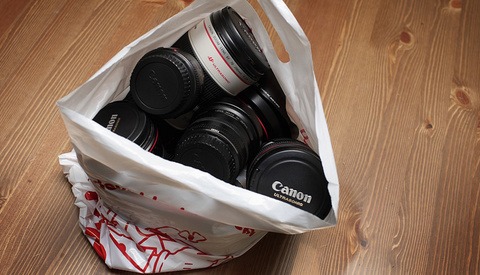 Yannik Khong is the Dr. Oz of optical physics.

I actually remember watching that Shane Hurlbut video and thinking: "are all the people claiming to see meaningful differences completely full of sh*t? They look IDENTICAL."

All of these comparisons are joke. They should be done completely blind or not at all.

Our brand preferences heavily color our opinions. We're not at all objective.

Speaking of color, the Leica lenses in the tests were clearly more yellow.

>> I actually remember watching that Shane Hurlbut video and thinking: "are all the people claiming to see meaningful differences completely full of sh*t? They look IDENTICAL."

>> Yannick Khong goes through some of the fundamentals behind the additional optical results of using modern lens designs (warning: it’s not nearly as technical and nerdy as it might sound).

Also, for extra Idiot Points, the author of this article failed to notice that YK says that Fuji XF lenses are an exception to the problems he imagines... So the lens used to illustrate this rant is exactly the wrong one!

There are areas where modern lens/sensor combinations can be problematic, but this level of idiocy simply gets in the way of useful discussion.

Film did NOT have this problem. So light could come in any old how. But lenses for digital need extra elements to make the light rays parallel when they hit the sensor. If you got rid of these elements, as you ignorant know-it-alls want, THEN THE LENS WOULD GET DIMMER AND CONTRAST WOULD FALL: I.e. the opposite of what you & YK are telling people..

This is an example of Dunning Kruger Syndrome. Which means that stupid people look at a complex system, decide how it should work on the basis of their complete ignorance, and then start to yammer that the smart people who designed the system were idiots - because it doesn't agree with the stupid person's ignorance based theories.

..As far as I can tell, filter stacks and the need for telecentricity aren't discussed ANYWHERE on YK's site. If you had done the most basic possible research, this alone would have given away that his opinions are junk. You cannot fairly or competently discuss modern "high" element count digital lenses without referring to the filter stack!

(For the above reason, people who shoot wide angle vintage lens on A7s often have the filter stack thinned out. Which has problems of its own - trade-off!)

Now, you may feel that I have been unnecessarily harsh with you. But this is a high google ranked site and when people like you, who are too lazy to check facts, put BS here then it can lead to a lot of people wasting time and money. If you don't know the most basic facts about optics and camera sensors - and you obviously don't - then you shouldn't be handing out endorsements, yes? There are enough stupid ideas on kickstarter already without people like you feeding a Voodoo Low Element Count Lens Cult...

Yannick is right on the principle, but there are some variations as I've discovered by renting and buying lenses for a few months, aiming for the specific characteristic of spatial rendition. While low element count plays an important role, it's not a guarantee for good spatial rendering (photographers call it "item separation").
One notices that 3d-pop is DIFFERENT than spatial rendition.
While, for example, the Nikor 300mm f4 has incredible spatial rendition (you can tell with your eye the distances between the tree branches even those out of focus 200 meters away), it has no "3d pop".
Another prime example is a portrait taken with a Zeiss macro planar 100mm (extreme, even unrealistic pop of the subject in focus which forces you to step down to reduce it) VS. the same portrait taken with the Voigtlander 58mm (not much pop, if any, but excellent spatial and "anaglyph", realistic rendition). For me it's the most important feature in a photograph after, of course, the subject.
However, low element count or modern vs. older design is not a guarantee as I've discovered myself. Nor is micro-contrast if the lens can't resolve modern sensors. Or if chromatic aberration is so high that it destroys the separating lines between items and the required resolution for smooth spatial rendition. Or if the lens can't resolve 36mp, in which case micro-contrast is also lost (too many "gaps", resulting artifacts etc).
After spending lots of time and $$, I ended up with my personal set of lenses (starting from 25, increased to 35 and reduced to 12), which render images at f5.6 that have supreme spatial rendering and make even those who do not know say "wow! it's so deep". I have to say they' re almost all primes and if I was shooting sports I would not have any of them, lol.

When I read that this guy was citing that Angry Photographer moron I almost stopped reading right there. I should have listened to myself. What followed was more unscientific nonsense. I tried but failed to see any 3-d effect or differences in any of the photos. 3-d effect is real bit its a function of composition, angle of view and sometimes bokeh. The newly designed lenses I have tried have mostly all been fantastic like the sigma art 50mm which draws the viewer in wide open with sharpness and bokeh. What can be said is that older lenses are mostly good enough and generally lighter and cheaper. He should just leave it at that.