Today Sony has announced a follow-up to the insanely successful Sony a6000. The new 24.2-megapixel Sony a6300 with internal 4K video recording once again pushes autofocus capabilities into uncharted territory. Take a closer look at all the specs of this prosumer beast and tell me you aren’t impressed.

The updated flagship APS-C mirrorless camera from Sony, the a6300, features many noteworthy advancements in its autofocus technology. For starters, it is clocked as the world’s fastest autofocus speed of 0.05 seconds. It has 425 AF points spread throughout the frame, and a new high-density tracking AF takes advantage of these points to the fullest. Watching the AF points light up and track so quickly and accurately in an action sequence happening in front of your lens is simply mesmerizing. 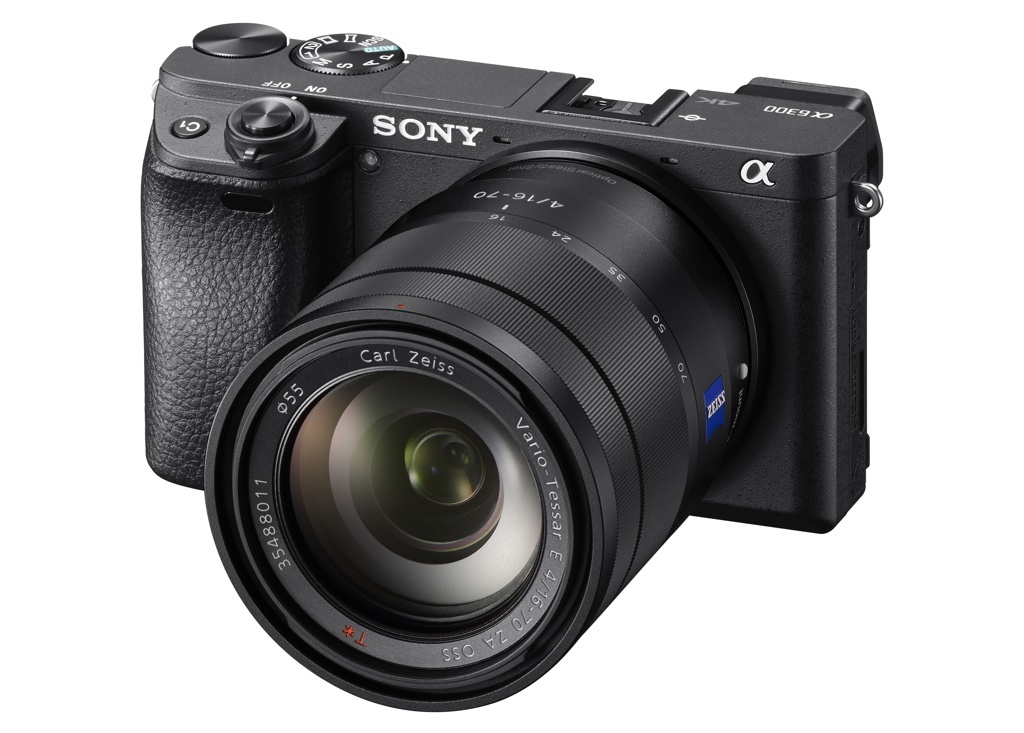 Constructed with a full magnesium alloy body designed to be dust and moisture resistant, the Sony a6300 feels solid in your hands. Selling for $1,000 — or $1,150 USD as a kit — it’s hard to argue that this isn’t the ultimate prosumer camera. The a6300 will be shipping in March 2016 and can be preordered now from B&H.

Gear / May 9, 2018
The Mirrorless Camera That Rivals the Pro DSLRs: Fstoppers Reviews the Sony A9

a6300 be damned I'm just freaking out about those lenses...

They look great, and they are competitively priced too. 70-200 is a bit on the high side, but I am sure it will be a great lens.

Anyone know about the low light performance?! Excited to see what this camera can do!

To soon to know. But with how well Sony has been handlee Low Light since the a7s, this one is sure to be a winner as well.

I know how this will make me sound but, how would you expect anyone to know? it was only announced a few hours ago!

The worst questions are those not asked!!! Im not on the web researching new equipment as much as I'd like, so I figured I'd put a shameless ask out there to see if anyone knew something the moment A63000 I didn't (sonyrumors forum folks, review vids, etc) considering how deep the FS community runs. *Excited* should be highlighted for my post as I desperately want something more up to par on what I want video wise for my clients and personal projects.

Very happy I waited to drop my money on the Sony RX100 M4. Now I have some serious thinking to do. Do I go with the RX100 M4 for slow motion and IBIS or the A6300 for better af and low light? Hmmm

If most of the stuff you plan to do with this is in the 24-70 range then the RX100iv makes more sense for your money.

Depends if they improved the autofocus on the RX. I have an RX100 III and the AF on it is almost useless. I now regularly shoot with a Nikon J4 which, while it has an inferior sensor, simply blows the RX out of the water. I can get shots I would have completely missed with the RX.

If I were you, I would consider renting out the RX from lensrentals.com first and seeing if the camera's performance meets your needs.
http://www.lensrentals.com/rent/compact/sony/cyber-shot/sony-cyber-shot-...

Well I can personally say that that's not true at all. I own the RX100m3 myself and I have had very minor issues with the focus.

Consider yourself lucky. You're in a minority however. Don't know about the latest incarnations, but the previous entire RX line (Rx 1, 10, 100) has been panned for lousy AF. Don't know what kind of shooting you do, but for run and gun shooting it's DOA. Initial startup on my RX is agonizing. I can start my J4, grab a shot, and shut it off in the time it takes for my RX to be ready to focus and shoot!

The Mark IV is much faster overall than the 3.

Unless you own one, how would you know?

I work in a camera store and tested them side by side.

what about the D5 and its 4K limitations?

What limitations? The 3 min was only for the pre-production models! It's not a hardware limitation! :D Just like Sony got recently uncompressed raw with an update, this is the same thing. :D

One thing that Canon flagship has that nobody else does is 4k at 60 fps. The Atomos Shogun won't even record that signal frame rate. I will be curious to see if and/or what Sony will bring to the pro community to battle the Canon EOS-1D X Mark II and the Nikon D5. With this new A6300 tech and the A7R2 tech, I think they are heading in the right direction, though I still want dual card slots! I like that this new A6300 now takes a mic input. That is one of the things I missed most on the A6000.

1DXii hdmi is limited to 1080P only. I wish they included CLog & 4K output, but then there would be no need for the IDC?

Thanks, I didn't catch that nugget of info before. 4k 60p internal is still impressive. I am a sony shooter and would love to be able to slow down the 4k.

If the only thing that matters to you is AF points, get the Sony. I'm sure there won't be a bunch of prospective 1DX MkII users in line with you.

I don't think I could handle that many focus points! How would I pick focus groups with 500 points?!! I just use focus lock from the center point and recompose.

3 thumbs up for that statement. WTF! Are the Stooges still alive?

nothing to be impressed

Have you used the a6000? I have one and it is amazing for the small package and price. I've taken some images with it and I'm shocked at how good they could be considering it's a prosumer camera.
The a6300 will be a fantastic little camera. Throw a really good lens on it and it the right hands could rival just about anything out there.

You have a great point! I recently got the older NEX-7 a few hundred dollars and it's fantastic! I wish it was all metal because I already cracked the plastic bottom plate and the cheesy buttons are jogged way to easily