Samsung's Portable SSD T1, has been a fantastically tiny and handy external drive since its inception. Yesterday, for CES 2016, Samsung announced its successor, the Portable SSD T3, sharing many of the same features with the T1, such as the claimed 450MB/s transfer rate, 850 EVO-based NAND flash memory, and AES 256-bit encryption that won't slow the drive down. Meanwhile, a new shockproof design almost doubles the weight and adds to its bulk a bit, but protects the drive in up to 1500 g drops. Also new to the line is the 2 TB capacity and USB-C connection.

The Portable SSD T3's size and weight still pales in comparison to that of standard SSD units — both internal and external, but the new protections its casing affords are more in line with the needs of the drive's customer base.

While the USB-C connection is the newest consumer connection available, not many devices apart from smaller ultrabooks like the new MacBook Air feature the connection. Still, Samsung will include a USB Type-C to Type-A cable for those of us with the "normal" connector. 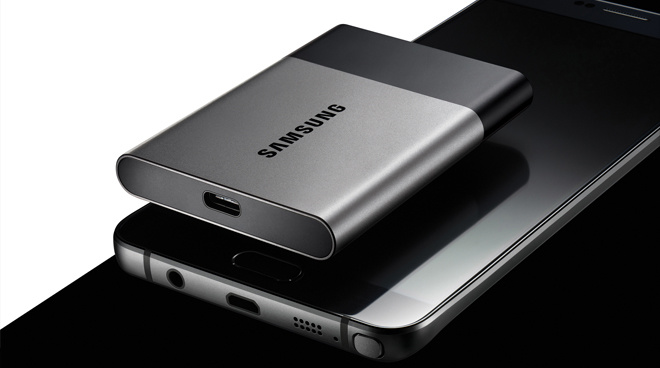 This adapter won't change the speeds you see with the SSD T3, but be prepared to see less than 450MB/s performance in real-world usage. AnandTech has a great article that shows how the SSD T1 excels in certain areas, but still sees "only" 150MB/s - 390MB/s performance depending on whether or not you're reading or writing and/or transferring hordes of photos or editing files from Photoshop. Still, the SSD T1 remains one the best external SSD options available, and its ultra-portable form factor and sensible pricing make it an extremely attractive option. The SSD T3 should only increase the product line's appeal. 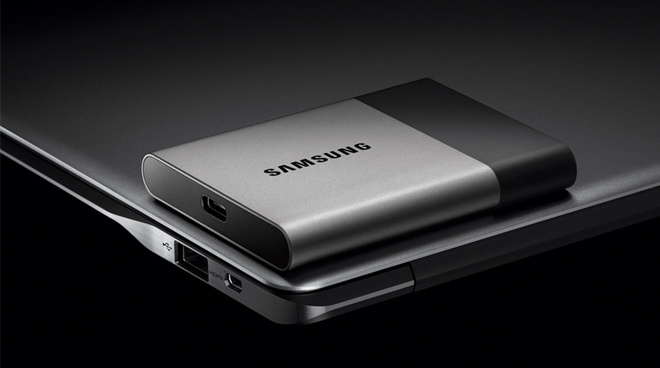 Gear
Hands On With the Samsung SSD T3, My New Favorite Portable Hard Drive
Log in or register to post comments

if it offers also thunderbolt... this will rule them all!

Sort of, yes. And either way, these speeds aren't bus-limited. I don't think Thunderbolt would have any effect on the drive's performance. Instead, we get a smaller, more modern, slightly more future-proof connection. Win, win, win.

I am so tired of losing my usb3.0 cables haha I can't wait until it's to that point where it's just one connection!

That's awesome to hear. Glad they're continuing the product line's development in what I see as a positive way. In a perfect world, a few of these would be all I need when I'm on the go.