Sony just unveiled its next big body. The third-generation a7 III brings a much-needed update to the more reasonable-resolution a7 line. Here are all the specs and everything you need to know about this new 4K mirrorless beast.

That's right. The a7 III brings 4K to a body with a very well balanced pixel-count-to-sensor-size ratio. This should make it a great all-around camera for both stills and video shooting at either 24 MP or 4K at up to 30 frames per second, respectively. Of course, the a7 III keeps the incredible 5-axis in-body image stabilization from a7 II, but updated with the improved mechanisms present in the a7R III. Let's dive into the rest of the specs. 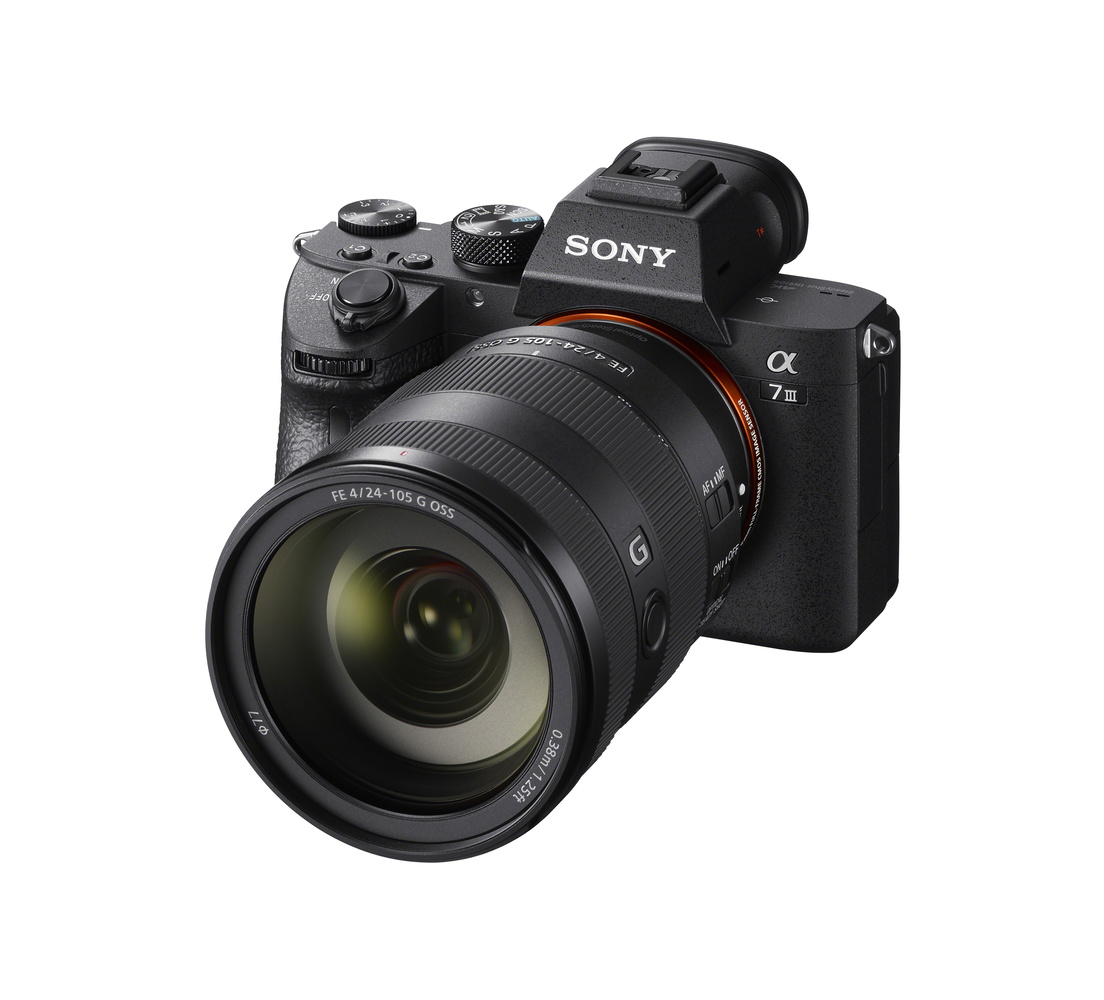 We will update this post with any additional information that we uncover in the coming hours.

Poor Canon, Sony didn't want them to have their time...

If Thom Hogan is to be believed, that is exactly what they plan to do.

I said to myself, save up for the A7RIII or maybe A7RIV while I save up, this makes the A7RIII and A9 expensive

It has about the same weight as Canon 6D, whether Mark i or ii which kinda destroys the myth of mirrorless compactness for full frame format. Price-performance wise it beats Canon 6D line in all departments.

I think the smaller/lighter myth of full frame mirrorless was destroyed a long time ago. It is mainly the features of the mirrorless system that is the attraction, not the supposed size or weight advantages.

Yeah, it's the relatively large full frame lenses that usually negate the size and weight advantages of the smaller mirrorless body.

It is a pity. I have a couple of a6000s for travel, with small aps-c lenses. Very handy kit for traveling light, but I go straight back to the d800 with Nikon glass every chance I get. It does make an enormous difference.

One reader said innovation is too expensive for Canon... I expect Sony and DJI to be bankrupt soon...

So what features of this camera have they crippled or removed, to reintroduce into a future mk 4?

This is called adding salt to the wound. The timing of this release could not have been any better.

Canon bring up your A game soon. I am spoiled for choice now.

I've been planning to update my 6D to 5D III or IV, but now, is there any reason not to go for A7III with an adapter?

It's a trade-off at the end of the day. What you gain with the a7 III in dynamic range, frames-per-second, and 4K video, you end up sacrificing in autofocus performance by using the smart adapter with your Canon glass. So you just need to decide what you prefer more.

I'm in the same boat. My 6D needs an update and it looks like I'll be leaving Canon after shooting with them for my entire career. I do mostly video and not having the ability to record in hight frame rates has become a deal breaker for me. Sony with an adapter looks like the route I'll go.

I upgraded from a 6D to an A7rII and am very glad I did. Yes, the menus are horrendous, but the IQ, shadow recovery, and other camera features blow the 6D away, so I'm sure the A7 III will be even more so. About adapters though: you're going to want Sony lenses for continuous eye-autofocus. When you nail focus on the eyes in shot after shot without reframing or any effort whatsoever you'll never want to go back. If I had to start with one Sony lens it would be the 90mm macro which leaves my Canon 70-200 f2.8 ii sitting in the closet. If you have any questions about comparing 6D to Sony let me know.

What adapter are you using? waited for Canon announcement to see what will they release as my 6D started to show age, and after seeing it seriously looking at Sony a7r II. From what I read sigma mc-11 adapter looks pretty good? Considering almost all my glass is Sigmas Art?

Look at our latest article about Sigma's announcement for Sony E-Mount support (can always do the conversion service, too!): https://fstoppers.com/gear/sigma-art-lenses-coming-sony-e-mount-225917

Thanks, seen that article alright and really looking forward seeing their pricing announcement. Running on shoe string budget to be honest and after reading all the reviews of the mc-11 adapter do think it would be a lot cheaper option for me?

Of course, one adapter is cheaper than mount conversion for all your lenses. But I think your performance will take a hit comparatively. But for the money spent, might be worth it...

One feature is still behind CaNikon's: battery's life. I don't know how "710 pics" as a spec mean on the field, but I am always happy to rely on my 1200+ pictures battery for my 6D.

I honestly don't know where they get to figures with sony. I shoot with A7RII and on avegare about 500-700 shots per shoot and only done with about 60% of my battery. And that is with the older smaller batteries.

I have read stats about manufacturers using flash and having image review on after every shot and waiting a few seconds between shots and all kinds of things that don't always happen in the real world. It's the one instance where I think battery life can beat out the claims in the real world. DSLRs are pretty similar in this regard, but mirrorless cameras have always been quite a bit behind (partly because of size, partly because of the EVF, etc.). Still, it seems we're at the tail end of those issues, thankfully.

Is this a legit GH5 competitor? Seems like it

not for serious video. No. GH5 still has much better features for filmmakers. Waveforms, 4k 60, 400mb ALL intra codec etc.

But for someone who prioritizes photography and still wants pretty good video, then yea it's a great option.

"Basic Model" eh? Looks like Sony is rubbing it in against CaNikon...

It's a very clever trolling :)

Looks like it is finally time to replace my aging Canon 5d Mark II.

Back when I was with canon, I wore my 5dii out. The thing was a major workhorse.