Jonathan Morrison duped his Instagram followers Saturday with an image on his Instagram account captioned, "Pixel 2 Portrait mode 👀 rocking the smalls hat 😂 thoughts?" The next day, Morrison posted the truth about the image actually being shot on an iPhone XS, but not before Google fans claimed victory and Apple fans claimed they liked their photos better.

The original post was a simple portrait of Morrison in the car. As soon as it was posted, followers started chiming in with their responses to his praise of the Google Pixel 2's camera.

Comments included one from user zachcramer_16, who said, "iPhone X🅂 selfie portrait mode works slightly better" and another from david_75794, who commented, "Better than the crap iPhone." Others such as al_fazriI commented, "Hate to admit that portrait mode on pixel 2 much much better than the newest and the greatest from apple." But it didn't take long for Morrison to pull off his reveal:

He thought this was taken on a Pixel 2 but it was actually he iPhone XS. Might be my favorite response so far 😂 comment section has turned into a fun one 🍿 full video on this madness is live on the channel right now! 👀

Of course, this goes to show that all of today's best smartphones take excellent photographs. Trying to tell the difference between devices based on the photograph taken, especially in an image posted and compressed on a platform like Instagram, is a futile exercise. While some commenters are rapidly deleting their embarrassing comments from the post, others such as gia_mavro26 made this exact point about the closing gap of differences in image quality between today's devices: "Whatever the device the portrait is amazing. It managed to blur even your facial hair perfectly."

What do you think? Would you have been fooled by Morrison's post? Do you have a favorite camera phone? Regardless, pixel peepers may have received a new king Tuesday, when Google announced the Pixel 3 with additional camera improvements and computationally aided photography features.

People were fooled because there are only minor differences in flagship phones. We did this with the Pixel 2 and iPhone X last year. Do we have to go through this every time???

Most flagship phones have excellent cameras. You can often discover the Iphone's pictures because they are warmer. Some people like that, I prefer somewhat cooler pictures. But I bet if you post 10 pictures taken with the best camera phones, I'd have a hard time telling which picture came from what phone.
That would be a cool article by the way.

I prefer android (and especially mobile phones which have the purest form of android) because I prefer and open system. But all these high-end smarphones pretty much do the same thing.

What about the open system do you like persoanlly? How do you use it to your advantage?

Android. I have a specific way my homescreen should look and that hardly changes over the years. Apple forces you to a certain setup and personally I hate that. 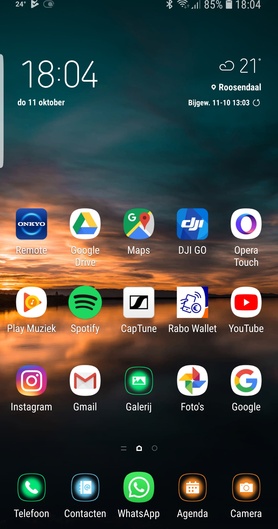 Alright thanks, was just curious. Android is google and google has done what they said they didn’t want to do and “be evil”. So wondering what it took ;)

Android is awesome. So flexible. Otherwise iPhones are fine. And older iPhones do tend to do better than older android phones.

Most of the more recent photos on my Instagram site are from my Canon cameras. I wirelessly transfer the images to my iPhone 7 (oh the horrors of using an older model), edit them in Lightroom Mobile and Snapseed, then I upload them to IG. I'm guessing most of my followers don't give a hoot about the device I used to capture the image. I only occasionally use a hasthag for the device, when I can remember to do that.

Please: you're only allowed to comment if you have the iPhone XS, Pixel 3, or newer device. ;-) But seriously, I think this is part of the point here as well. We talk a LOT about gear. And some of it (i.e. strobes with ultra-short durations or newer and smaller gimbal stabilizers) actually helps us get some new shots and/or different content that we couldn't otherwise get. But so many things (probably cameras most of all) really don't make a difference when it comes to what your images look like. Yes, an iPhone image won't measure up to a D850 image every time. But spend as much as you do on that D850 on any other camera, and you're bound to get a nearly identical image. One might be slightly sharper and another might be slightly more accurate in the skin tones. But it's all SO close at the same price-point. That's just the way technology is...with VERY few exceptions.

No no no. People used to rail on people who use photoshop or post their dslr photos on instagram. Now norm. Pfft. People. I used to say back in the days. Jpegs and filters are a form of photo editing. Used a tiny gf7 and em5 to post on instagram, not using instagram anymore or facebook.

Nowadays, all flagship smartphones does amazing job* when taking photos. Some are better at night, some at portraits. But one can be really sure it will take great photo. For me as a viewer, in most situations, it doesn't even matter if a photo was taken by a smartphone or a camera with lens that costs more than a small car. I seriously can't tell difference. And for me as a photographer? It's way more about ergonomy than about who made that thing and how cool it is this week. But I like street and documentary where most photos are technically shit and could be taken using a box with a hole in it as long as photographer knows where to point the box and when to open that hole :)

* Based on my own experience, not benchmarks, really.

It’s ridiculous if I’m being perfectly honest. The amount of people who are claiming the XS isn’t a big enough bump from the X (when thr S version has always been a spec bump vs a major overhaul) are not able to see basic patterns.

Or they just want to bait people in to comment, because that means engagement and that leads to higher recommendations.

I wonder if people are just thay obtuse or it’s part of the company marketing strategy. Same with politics, have the minions fight tooth and nail over pendantic garbage while we hold “fund raisers” for our friends.

With every advancement made in camera phone technology, you have people saying this will eventually be the end of the photography industry, or that it doesn't matter - your skill as a photographer is what matters, not the gear. Until recently, I agreed with the latter group.

But I've been thinking recently, what if I was a back-hoe operator and then everyone in town was given a back-hoe? Honestly, it wouldn't matter how skilled of a back-hoe operator I was, there would undoubtedly be less business to go around town as people tried doing things themselves - especially the simpler jobs (AKA family photos). Now, if I was absolutely the MOST skilled operator in town, yes, I probably would still be able to make a living from it. But several of the moderately skilled, or even excellent back-hoe operators would find themselves short on business - even if their back-hoes were still a little more full featured and advanced than the ones given to the towns folk.

Pretty soon, everyone IS INDEED going to get their back-hoe. Think about it.

Why is there an article about this?

Would I have been fooled? Certainly yes!
I would have believed the fact that is was coming from a Pixel2.
Would I have commented? No! Why?
Because it does not matter what device was used to take the photo. What would matter to me, is if I would like the result.

The debate over mobile cameras is pointless really. I feel as if we all have beaten this dead horse far too long. Use what works for you. If anything, maybe this flatline in tech will allow people to start saving money instead of purchasing updated tech every year.

What would be more interesting is comparing the latest phones to the 1 inch sensor compats like the sony rx100 series. What's better to have in my pocket?