It seems you can’t go a day or two without seeing a new time-lapse film of the Northern Lights. And while beautiful, it has become incredibly difficult for photographers and filmmakers to raise the bar on this much captured phenomenon. That was until Ole C. Salomonsen threw his hat in the ring.

Ole, founder of Arctic Light Photo, began photographing the Aurora Borealis in 2007. Living in Norway, he never had a shortage of opportunities to hone his skills photographing this fast moving light show. Ole told me:

Living in Norway, it is just about impossible not to shoot landscape photography. I have always been fascinated by the northern lights, ever since I was a kid. You grow up with your parents telling you stories about it, which made it even more mysterious. Even though I now understand the science behind the aurora, it still leaves me breathless every time I see it.

In 2009 I was lucky enough to capture a still photo of a really huge aurora display just outside my hometown of Tromsø. This picture went viral on the web, Flickr, twitter etc, and was also published in several international newspapers. This inspired me to show how beautiful the auroras are to the people who cannot easily see them.

Soon though, just taking photos wasn’t very interesting anymore, so he decided to try to capture the movement of the Aurora by putting a series of photos together into time lapse films. Ole tells me about the transition to motion pictures, and about the gear that he used to created these incredible films.

I started playing with the idea of filming them. At the time the only viable solution was timelapse technology. I sold my 40D, and invested in the Canon 5D Mark II with the EF 16-35 2.8 II and EF 24 1.4 II.During the making of my first film, gear started to appear which made it possible to do pans with timelapse. I contacted Dynamic Perception, and I was lucky to be among the first people to use the Dynamic Perception Stage Zero to add pans to my films.

When putting together these large batches of stills I soon realized that there was something wrong, the speed of the auroras was way too fast. Although it may work for some scenes, for most scenes, I found it annoying that the auroras looked like lightning flashing over the sky. So I started to look into how to slow down the timelapse sequences. By trial and error I stumbled upon an approach that worked well for me. So in 2011 I released my first timelapse “In The Land of The Northern Lights”, where I had brought the auroras closer to real time speed, and with smooth pans in the sequence. What happened then changed my life. The film was an immediate success, and the following days I got emotional and personal feedback from all over the world. This was so motivating that I decided to try to make a living out of this. So after that first film I made 3 more timelapse films (Celestial Lights, Polar Spirits and Silent Storms), as well as 2 commercials, where one was timelapse and one real time.

In the last two films; Polar Spirits and Silent Storms, I started to include some real time sequences of the auroras, done with the Canon 1DX, and in RAW on the 5D Mark III with Magic Lantern firmware. The 5D3 was good, particularly the color tones and highlights are preserved well in the raw footage, but struggling with color banding in the shadows. And although the 1DX is a really good low light camera, I wanted 4K and at least uncompressed video, but felt $12,000 for the 1DC. was a bit out of my price range. So I started looking for other options. And there came Sony. First I got the FS700R, which was actually quite good for filming the auroras in 4K using the Odyssey 7Q. But then came the A7S, which was a very convenient and capable little camera, and even better for my needs.

Back when I started timelapsing the auroras, not too many was doing this. Now, lot´s people are doing it, but very few, or none, seem to care about displaying the auroras in the real speed they are moving. The reason may be that it is actually really challenging to make the aurora timelapse move slower and look realistic.

As a landscape photographer, I always want to portray the scenery I am capturing in the best possible and most genuine way. And although, if done properly, timelapse can still yield good results, I wanted to get closer to the real thing.

I know some visiting photographers have been disappointed when they see the auroras for there first time. They expect faster movement, swayed by the timelapse films online. So I want to show the auroras as close as possible to the way they really dance, and that has been my goal since my first film.

One of the most impressive sections of the film is when Ole is obviously running, and, yet still capturing smooth, fluid video of the Aurora. How did he do it?

I knew most of the aurora sequences would be with slow moving auroras. So to add the little extra I used a gimbal, the DJI Ronin, and ran in the local forest and parks with the auroras lighting up the sky. This worked really well, and opens up some great new potential ideas to be used.

In the end of SOARING, you captured an Aurora that almost appears to be a timelapse. Can you describe that moment?

That was one of the fastest moving aurora displays I have ever witnessed. It was so fast that even 25fps was struggling at times. Next time I will have to try shooting in 60p or even 120p. The only problem is, you never know how an aurora will develop from start to end. So planning how to expose it is really challenging.

Will you continue to make these types of Real time Aurora films? How do you see yourself able to expand on this new found medium of aurora real time films?

Certainly yes. Although timelapse done properly can still yield good results, I am confident it will be mostly real time aurora work from me in the future. This is something I will specialize in, and continue to find creative ideas. Since I am always out there, I am bound to get more footage in the future. I am already working on my next production which will include some new, unseen techniques of aurora cinematography.

The result is a jaw dropping 5 minute film that will leave you speechless. As camera technology continues to advance at an incredible rate, talented photographers and filmmakers like Ole will be their to think outside the box, and provide us with a glimpse into the future of photography and filmmaking.

All images used with permission by Ole C. Salomonsen 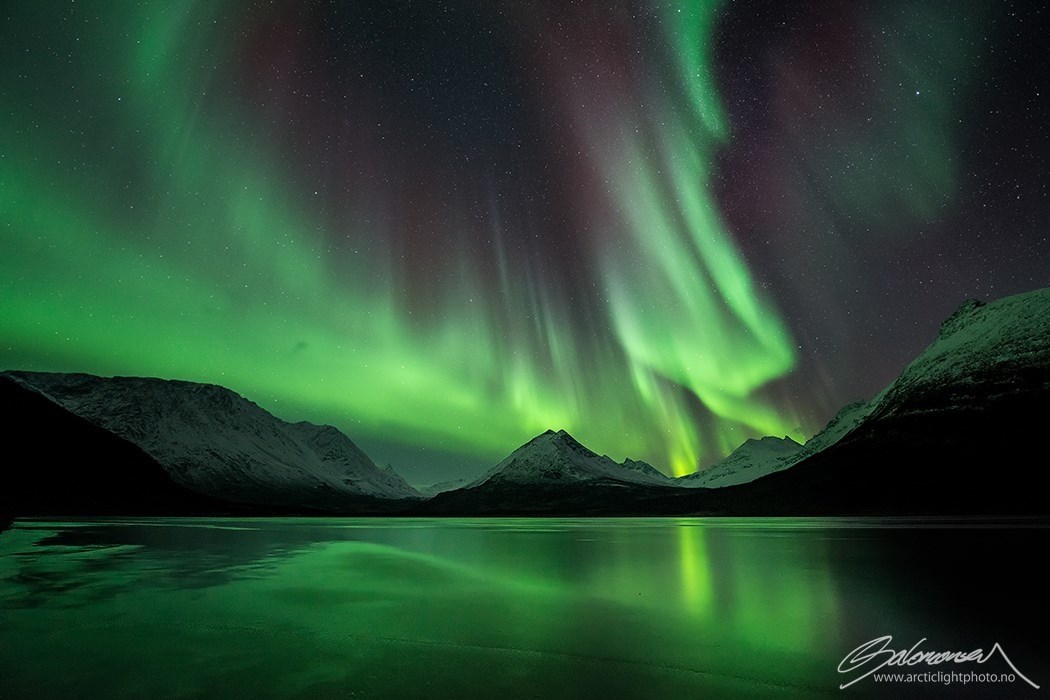 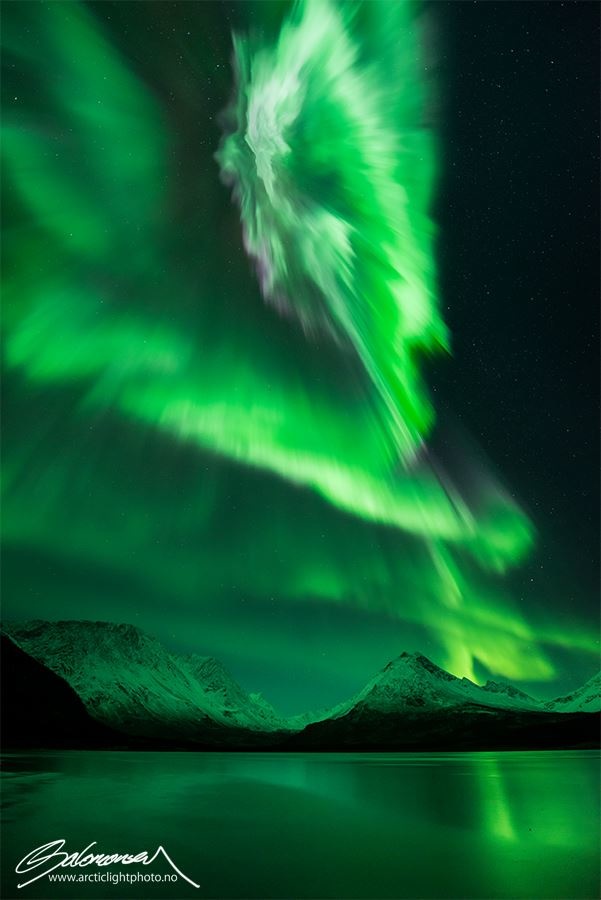 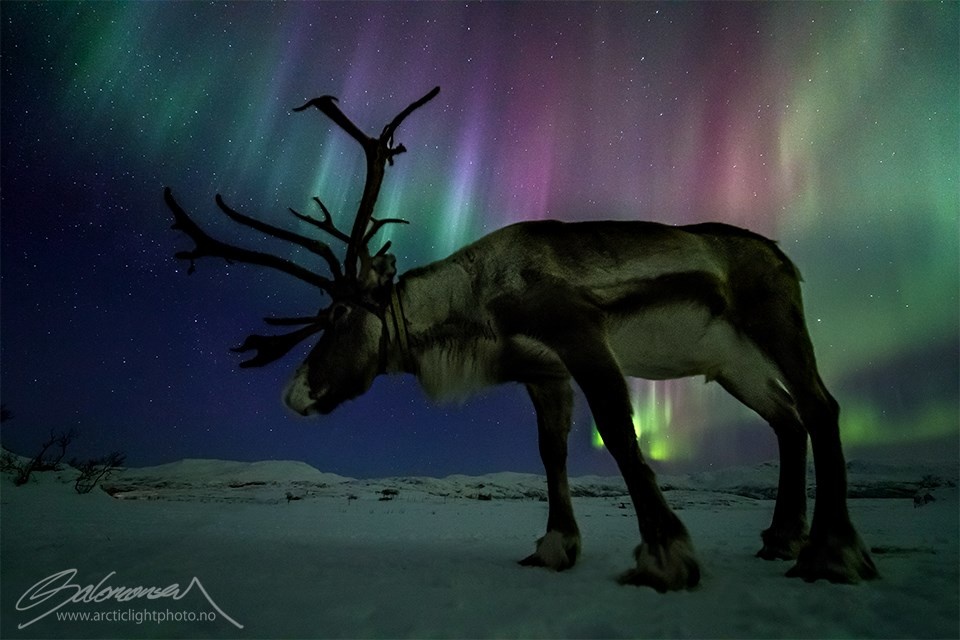 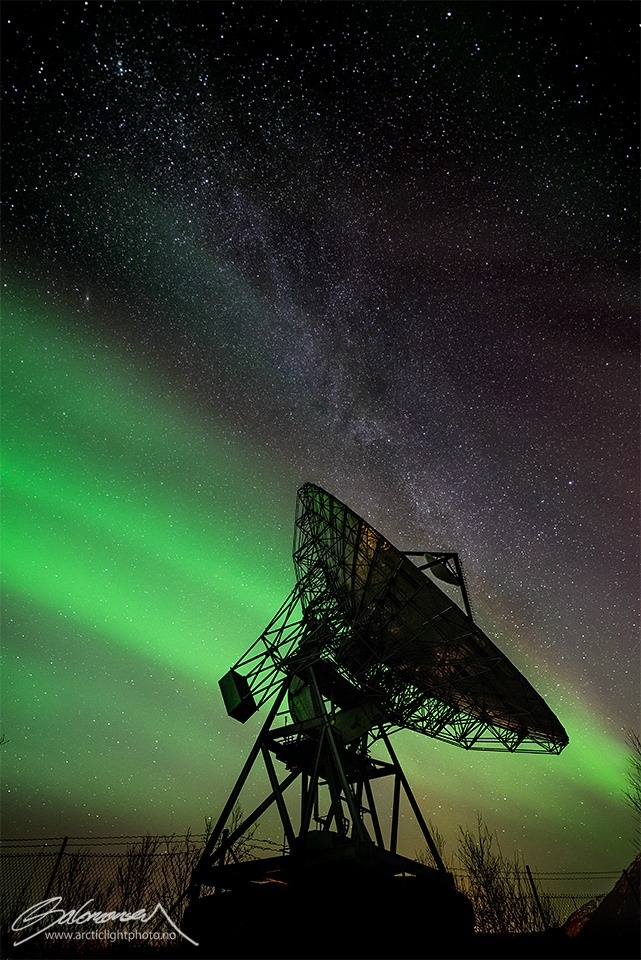 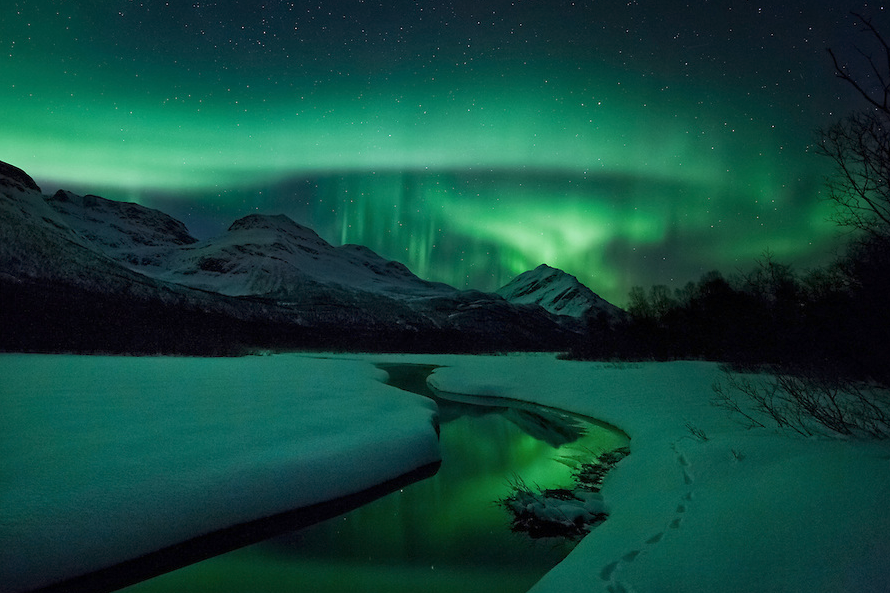 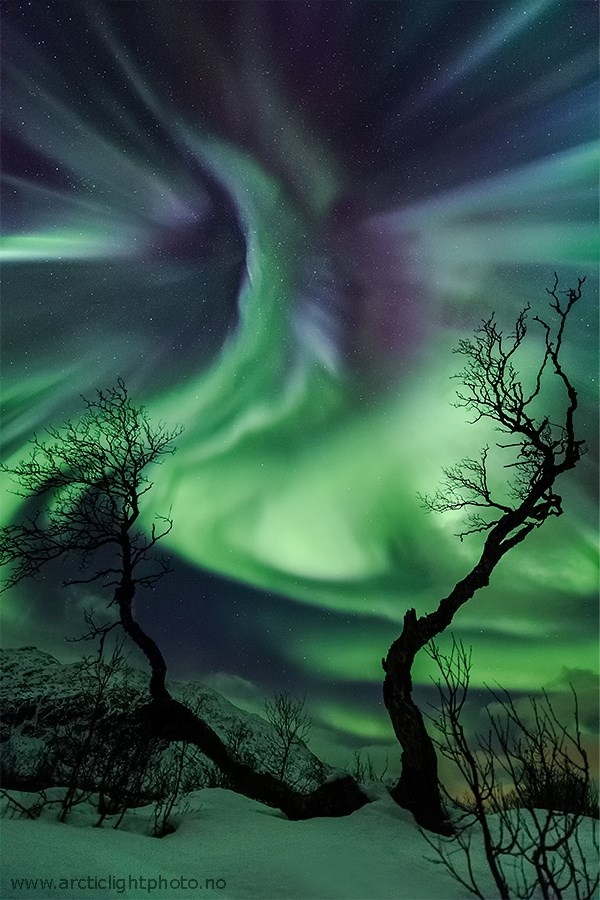 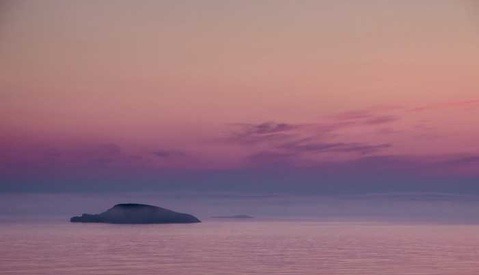 Landscapes / April 11, 2015
Filmmaker Thomas Tepstad Berge's Timelapse Will Mesmerize You with the Beauty of the Norwegian West Coast

Right? I think I have watched it 20 times today.

3 times myself, that's outstandingly cool.
Many of his still shots are awesome too !

Photographing the aurora is on my bucket list. Beautiful! Stunning!

Well, we have a lot of that up here in Yellowknife and further to the north west in Alaska too.