Using a Shallow Depth of Field for Landscapes

The majority of landscape photos are shot with a maximum or almost maximum depth of field. Everything is sharp, from front to infinity and beyond. But have you ever considered shooting a landscape with a shallow depth of field?

Landscapes can be pretty impressive. We often want to see as much as possible in one shot. Preferably with a nice foreground to give the image some depth. A wide-angle or ultra-wide-angle makes it easy to have almost everything with an acceptable focus. You just have to close the aperture.

There are some limitations you may encounter. The shallowest aperture is perhaps not the best choice. After all, this will result in a certain loss in sharpness due to diffraction. This is something I explained in a previous article. That is why most photographers won’t use an aperture that is shallower than f/11.

An aperture of f/11 and a very short focal length will bring almost everything in focus. When focusing on the hyperfocal distance, you will maximize the depth of field. With a full frame camera, a 16mm lens, and an aperture of f/11, you will have a depth of field that ranges from 0.43 meters to infinity when you focus at 1 meter. This focus distance is the hyperfocal distance.

Using a Shallow Depth of Field

The possibility of shooting landscapes with a shallow depth of field is often forgotten or ignored. Back in the eighties of the previous century, a lot of Dutch textbooks about photography mentioned the tele lens as the best lens for landscapes. And because it is almost impossible to have everything in focus when using a tele lens unless everything is at a large distance, it might be better to use a shallow depth of field instead of trying to get everything into focus.

I use three ways of achieving a shallow depth of field. These techniques are not limited to landscape photography. It works for every kind of photography.

Increase the Distance Between the Foreground and Background

Shooting a Shallow Depth of Field With a Tele Lens.

A long focal length is probably the easiest way to achieve a shallow depth of field in a landscape. Just choose a foreground object and a large aperture; Use f/2.8 if available. For focal lengths like 300mm and longer, an aperture of f/4 or f/5.6 will also work.

Shooting a Shallow Depth of Field With a Wide Angle Lens

Changing the distance ratio is the key to achieve a successful shallow depth of field with a wide-angle. The largest lens opening won’t work unless the distance to the subject is much shallower compared to the distance between subject and background. Although out of focus, your background will still be recognizable.

Using a shallow depth of field with a wide-angle lens is achievable, but it's quite difficult. If you even want a shallower depth of field, a tilt-shift lens may be the solution.

Shooting a Shallow Depth of Field with a Tilt-Shift Lens

The tilt of a tilt-shift lens affects the position of the plane of focus, just as I explained in another article about these lenses here on Fstoppers. If the lens is titled downwards, the plane of focus will also tilt in that direction.

If you tilt the lens in the opposite way, the plane of focus will be tilted towards you, It results in a very shallow area that is sharp. This way it looks as if a very shallow depth of field is achieved. And it even works when using an ultra-wide-angle lens.

Use The Depth of Field That You Find Appropriate

Although you might not think of it a lot, a shallow depth of field can give a great effect on your landscape photo. You can isolate a subject from the background, and let it stand out. Or you can shoot through a blurry foreground, giving a strong sense of depth or even a voyeuristic feeling (in a good way).

Using a shallow depth of field is not better or worse than a large depth of field. It is just different. I believe it complements each other. Just photograph your landscapes with a shallow or large depth of field, depending on what you want to tell with your image. Don't let yourself be limited by thinking a landscape has to be sharp from front to infinity and beyond. 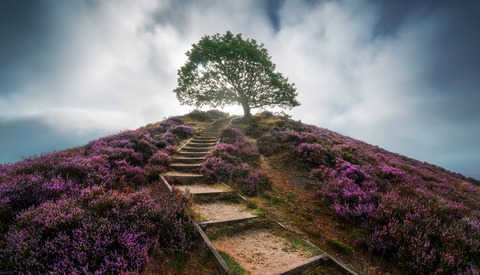 Education / August 22, 2020
Heather Season Is Here, This Is How to Photograph It 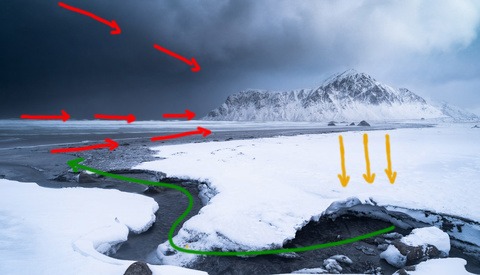 Education / April 26, 2020
Use Lines in the Photo to Strengthen Your Composition 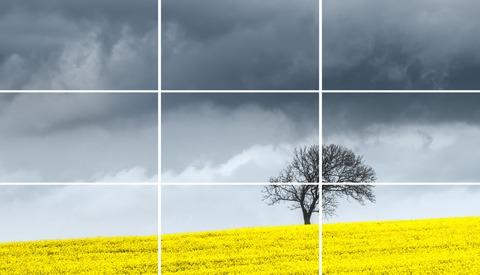 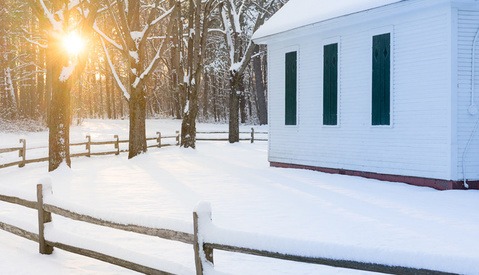 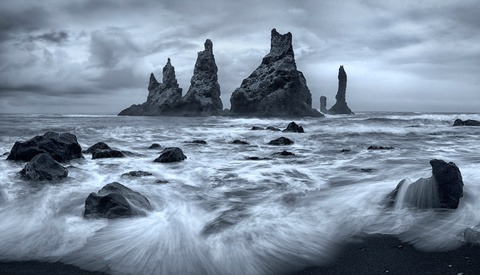 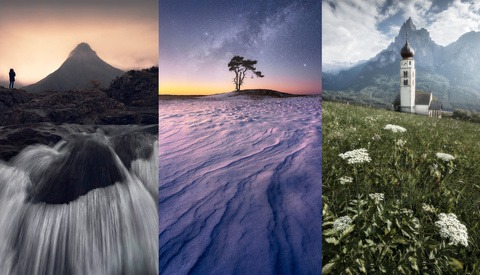 Education / February 17, 2021
How To Get That ‘Wide-Angle Look’ in Landscape Photographs
Log in or register to post comments
14 Comments

Great article! I can't wait to try these techniques!

As always from you, very useful tips and techniques. Oh, and a nice read. Thank you!

Great Article Nando, us Landscape shooters often get caught in the rut of using f8/16 on all our shots so this is definitely a welcome article with some great tips.

Well, there are also some older wide angle lenses that have a fantastically small nearest focusing distance: The Carl Zeiss Flektogons, I own the 35/f2.5 and the 20/f4, both give you a nice wide view with lots of blurry background, but I guess it's probably a bit too much for landscape photographers in case of the 35mm Flektogon. Another lens I'd recommend is the Lomogon 32mm f2.5, although you don't get that near.
A real bokeh beast is the Meyer Optik Görlitz Lydith ii, the new version, which gives you a 30mm view with pleasing backgrounds, if you like a painterly approach.

For those who are not into special lenses your article gives enough food for thought and exploration.

Interesting.... Should try this. Thanks for the article.

I like the idea of tilting the lens to diminish the depth of field instead of increasing it. Now I am curious to see how each of these pictures would look with maximum depth of field. I am sure that the branches in the last one would be lost in the background.

Superb! Thats the kind of article i look for when visiting this website. Really learnt something.

He forgets to mention, if the foreground or background is not as interesting or distracting.

It would do you well to learn from this man.

This is a great article! Particularly useful for a novice like me. Maybe its because I am learning from youtube tutorials, but I somehow got it into my head that bokeh was only for portraits and ultrasharp focus throughout the frame was more appropriate for landscapes. Thank you for taking the time to demonstrate the effects of different depth of field and reasons behind it.

Yes I love shooting like this sometimes! It seems to be a noticeably lacking area of emphasis from many otherwise 'professional' landscape photographers, an almost automatic obsessiveness to shoot with the intention of making everything sharp.

I look at it from the perspective of, sometimes when i'm out there, i see a flower, stone, bug etc. that looks better as if it was a portrait, rather than a total scene with 'interesting foreground'