Filming a Puppy Adoption Video With The GVM 50SM Lights

GVM recently sent me their new 50SM lights, and in this video, I do a quick overview and put them to the test filming a puppy adoption video.

GVM has recently exploded in popularity as the maker of incredibly affordable but still feature-rich LED lights. The 50SM is the most expensive light I've ever tested by GVM, but it makes sense because each light is basically two lights in one. Let me explain.

Most LED lights used for video production these days are bi-color, meaning that they can shift their white balance within a standard range (usually no more than 2,500 K to 10,000 K). The newest type of LED lighting is RGB, meaning that each LED is made up of a red, green, and blue diode. The benefit of RGB is that you can create almost any color, but the problem with RGB is that it's usually not as bright as bi-color panels and sometimes, the color isn't as accurate.

The 50SM comes in either two- or three-light kits, and each kit includes softboxes, grids, and light stands. The lights come with AC adapters in the box but also have slots for two 7.4V 4400mAh li-Ion batteries to be used on location. They have Bluetooth built in and can communicate with each other so that if you set one light, the others will match it, or it can be controlled with a smartphone app. The app has some pretty negative reviews, but in my tests, it has always connected instantly to the lights and worked without any issue at all. The app works so well that I actually prefer to use it over the physical buttons on the light. The included stands are cheap, as you would expect, but they are much better than the previous GVM light stands I've reviewed.

The GVM 50SM is a great choice if you want a single light that does it all, but for the average videographer, you may prefer buying more standard RGB lights for the same money. For example, the GVM 1200D is $699 for a three-light kit, versus the 50sm, which is $699 for a two-light kit.

To put the lights to the test, I did a quick video for Palmas Animal Welfare, which was trying to find homes for some puppies in Puerto Rico. 99% of the time, I'm not using RGB colors, and this job was no different. I used the bi-color panel to match the ambient light, and I got a few slow-motion clips of each puppy up close. I then went outside and got some footage of the puppies playing. In Premiere, I created a really quick edit that would work well for social media, and I made up some silly but memorable names for each puppy.

If you're looking for a new pet, please consider Palmas Animal Welfare. We have so many stray dogs down here in Puerto Rico, and we could use your help in finding them homes. 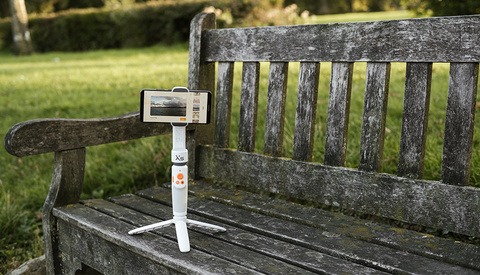 Amazing puppy video, if I could I would want to adopt all of these cute puppies.