How #BrinsonBanksing Became More Than Just a Selfie

Only the rare few of the millions of selfies taken have mass appeal, and an even rarer few get their pose/selfie named after them and their own hashtag. Kendrick Brinson and David Walter Banks are the husband wife photography team behind brinsonbanks.com and, not insignificantly, the main subjects and namesake of a style of pose and photo that has now become known as BrinsonBanksing, equipped with its own Instagram hashtag. At it's core BrinsonBanksing can be seen as a personal photo project of two people in love. 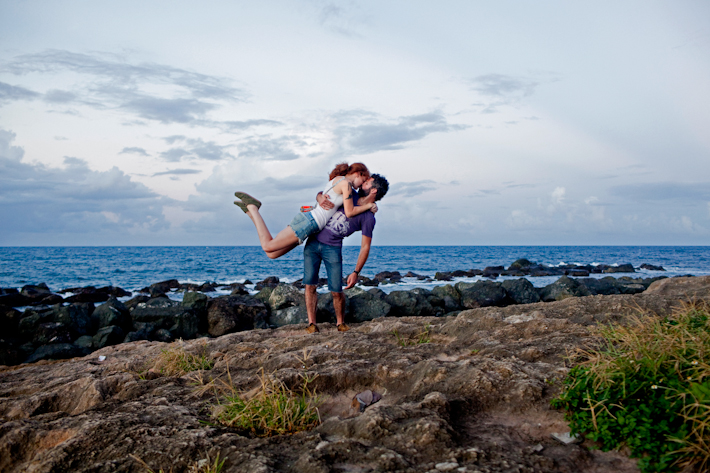 Most of the BrinsonBanksing photos were taken by themselves, with a self timer, while on road trips or in someplace photographically memorable, as a way to commemorate the various landscapes upon which they have traveled. But since its inception, the term has spread and the pose has been appropriated, ironically and not, by other photographers looking to get in on the #BrinsonBanksing action.

When did you take your first BrinsonBanksing picture? How did the now iconic pose come about? 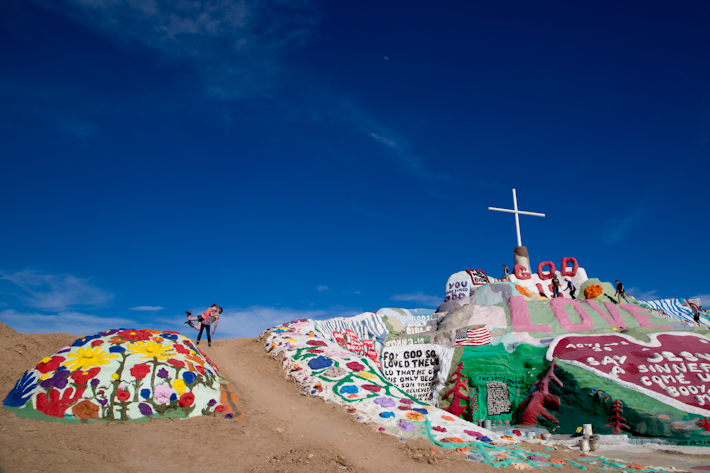 On March 10, 2010 we were in Valley of Fire State Park in Nevada with a handful of photographer friends all taking photos and making each other pose for them. Our friend Matt Miller (www.wearediamondeyes.com) took the photo of us doing what would someday, years later, be named #BrinsonBanksing. The next time we did it, it was on self-timer in Lebanon, Kansas May 24, 2010. We were working on a story on small town America and Lebanon is the geographic center of the contiguous United States and the bright green wheat blowing in the wind was too mesmerizing not to want to freeze that moment of time where we were both in such a beautiful place. We didn't do it again until a year later and that's when we started doing it more often.

We've really revved up the #BrinsonBanksing recently because we relocated from Atlanta to Los Angeles about 6 months ago and we are just mesmerized by all the new landscapes in Southern California so we go camping and hiking and exploring all the time (#westcoastexplorersclub) in these beautiful places and record it with one of those shots. 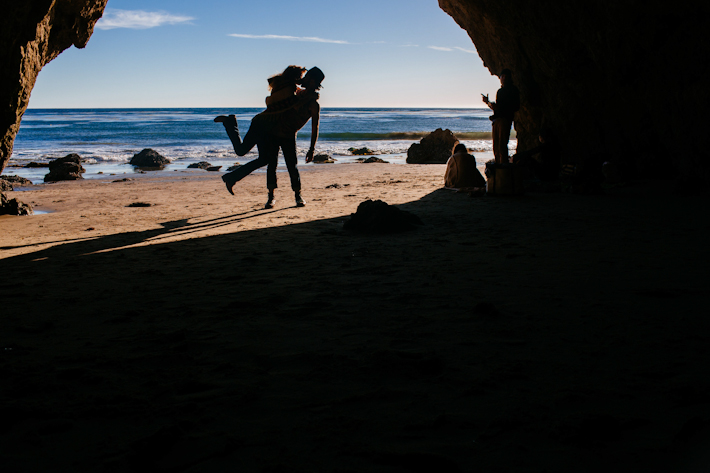 When did it start being called BrinsonBanksing? And do you know who created the name?

Our friend Alexander López, a photographer in Caracas, Venezuela that we met while leading a shooting and editing workshop at http://www.robertomata.net/rmtf_public/ named it #BrinsonBanksing. The pose was baptized with the awesome name at some point mid-2013 on Facebook. So it was actually nameless for three years.

Alex said at the time (and again today) that "it's the new planking."

We especially like the name because a handful of months before Alex named it David and I officially joined creative forces and started a commercial photography company called Brinson + Banks (www.brinsonbanks.com). So this repetitive pose all over the world is something we did for fun because we're explorers at heart and in love, but now it accidentally sorta kinda markets us, too? Which is super funny, but hey, we'll take it! 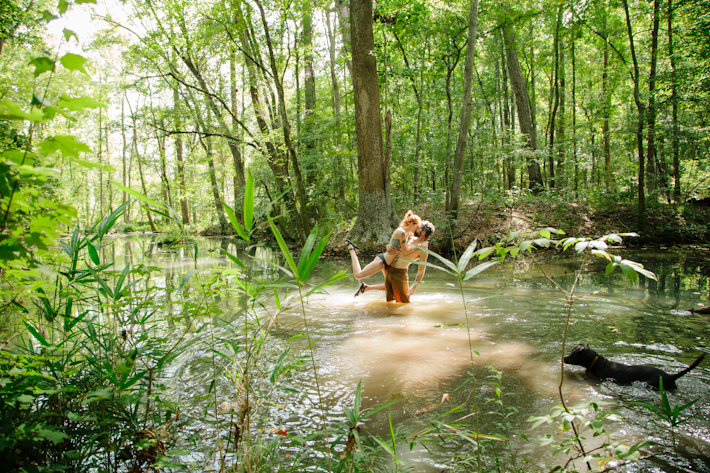 What's your favorite BrinsonBanksing photo, and why?

That's hard to say! There are memories associated with all of them. We've "BrinsonBanksed" in Kansas while working, at our wedding on the beach in St. Pete Beach, Florida, at my (Kendrick's) sister's wedding in Georgia, in our empty first house in Atlanta, on the 200-year-old Brinson family farm in rural Georgia, at Salvation Mountain, on a rooftop in Old San Juan in Peurto Rico, on our 8th anniversary in Malibu, in a tree house above the forest canopy in Tulum, Mexico, in Yellowstone National Park, on a mountainside in Aspen, Colorado... I could keep going. It's a series that is more fun as a group than it is alone, I feel.
Though if we had to pick our favorites:

David: My favorite is the last one we took, on May 5, 2014 next to an Airstream we rented for our 8th anniversary in Malibu, California. It's rare that we briefly forsake the rest of life (read: work) and focus on each other and this was a magical place to do that for two days. And you're only as good as your last photo, right? 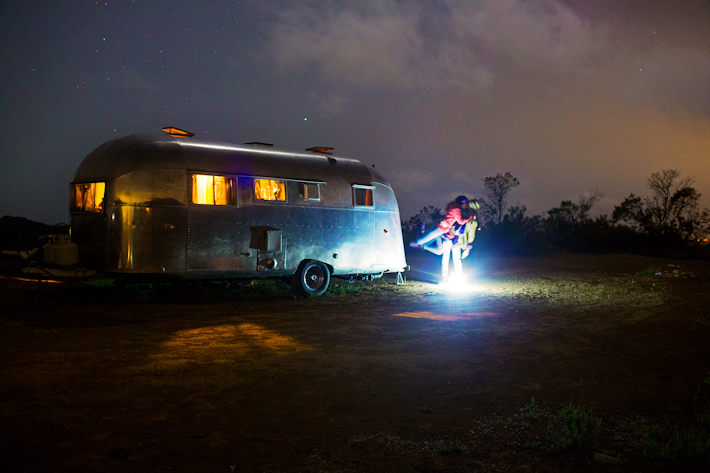 Kendrick: I love the one we took atop a 30 foot platform in Tulum, Mexico at dusk in 2012. It was above the lush tree canopy and overlooked the beach. It was our honeymoon and just an amazing week in an extremely beautiful place. It's a happy memory. That's really what these are about, besides the fact that people are so entertained by them, is the idea of savoring this place we were together. Instead of using photography as "I was here" it's a "We were here." 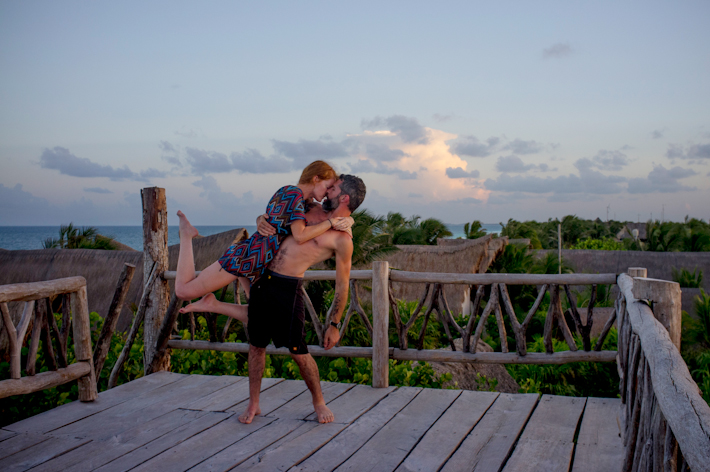 How ridiculous is it that it has taken on a life of it's own? (I've seen photos of photojournalists ironically copying the pose and using the name, and I must say it is glorious.)

Dude, it's hilarious. We love it. Complete strangers are tagging #BrinsonBanksing on Instagram from all over the world. It's beautiful!

We also love the silly ones that photographers do -- the first copy that I know of was by our friends amazing photographers Matt Roth and Rob Hart at GeekFest taken by photographer Melissa Lyttle. Then more and more photographers did it, jokingly (Jabin Botsford #BrinsonBanksed TWO people on a roof!), and then there are those fellow photo couples in love, too, like Justin Cook and Courtney Potter Cook and Sean Proctor and Sammy Jo Hester. If you do a hashtag search for "#BrinsonBanksing" you can find more than 20 instances of people getting their smooch on. Including me (Kendrick) doing it with our dog Tia in Los Angeles. 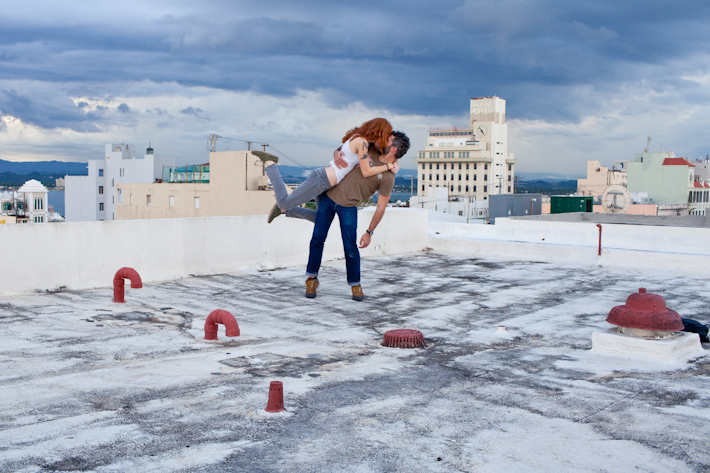 How do you take your BrinsonBanksing photos? Timer, or radio trigger? Any advice for photographers photographing themselves in the same way?

We take turns setting the camera on timer and running. It's a spectacle to watch, I'm sure. When we did it a couple months ago at Salvation Mountain a crowd of tourists clapped when we did it. 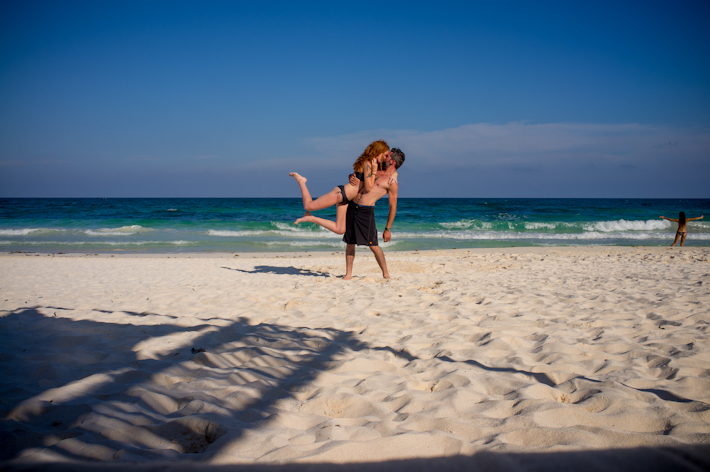 Be careful of your back! It's not easy being David and having me pounce on him all the time. 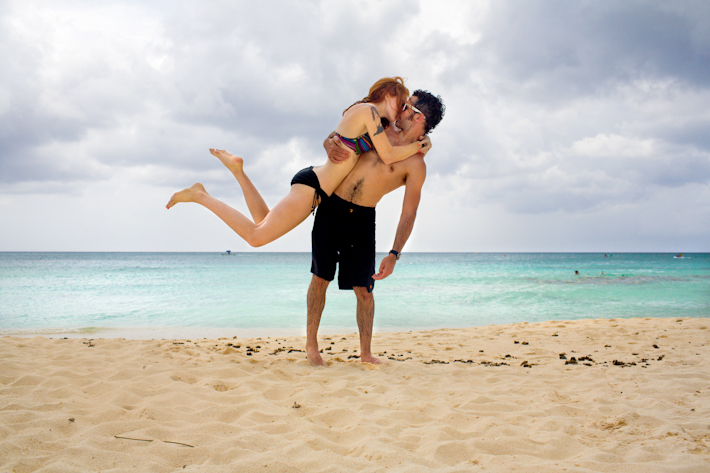 What is the coolest place you have BrinsonBanked and why?

There's been so many places that we've been that I wish we had #BrinsonBanksed, but believe it or not, we're not thinking about it all the time (gasp!), so we miss a lot of cool spots we go to. Coolest place is either at Salvation Mountain--a beautiful piece of folk art in the middle of the desert near the Salton Sea, it's like a mirage of beauty and color that left us just awestruck. The other is at this spring in the woods near my family's farm--it's a magical place with quicksand in crystal clear, frigid water that you'd walk past if you didn't know better. Our dog Highland snuck into that shot while she was wading in the water, which I love, too.

Hardest one to get was recently at the Imperial Sand Dunes and David gets all the credit for it. I climbed the steep sandy hill very slowly, sinking in as I walked. David had to balance the camera on a jacket on the sand and hoof it under 10 seconds up the steep sandy dune. And what do you know, I start coming out of the pose right as the timer goes off. D'oh!

This song comes on every time I hear the word "selfie": https://www.youtube.com/watch?v=kdemFfbS5H0

I didn't know this was a thing. #outoftheloop

I had no idea either.

You can't spell 'self portrait'?

It got old by about the fourth shot.

Oh my..... when did we get this stupid? I always get a laugh when I hear things like "big hit on Instagram"