On Wednesday, June 5th 2019, the National Coalition Against Censorship (NCAC) announced that Facebook would reconsider its controversial policy on nude images posted to its social network.  As it stands, nudity on Facebook may only be depicted in paintings or sculptures, not in photographs, artistic or otherwise.

Facebook's current community guidelines prohibit photographic nudity outright, specifically, the "female nipple." The social media giant's restrictive policy was challenged early this June of 2019 when a photographer staged a protest-like photoshoot outside of the company's headquarters. The shoot featured over 100 nude models holding large cut-outs of male nipples. This gave a big symbolic "middle finger" to the double-standard of bodily censorship between genders that Facebook enforces. In the wake of this protest, the NCAC has coordinated a meeting between Facebook reps and artists, curators, activists, and the like, aimed at some mutually acceptable agreement on nudity in photography. 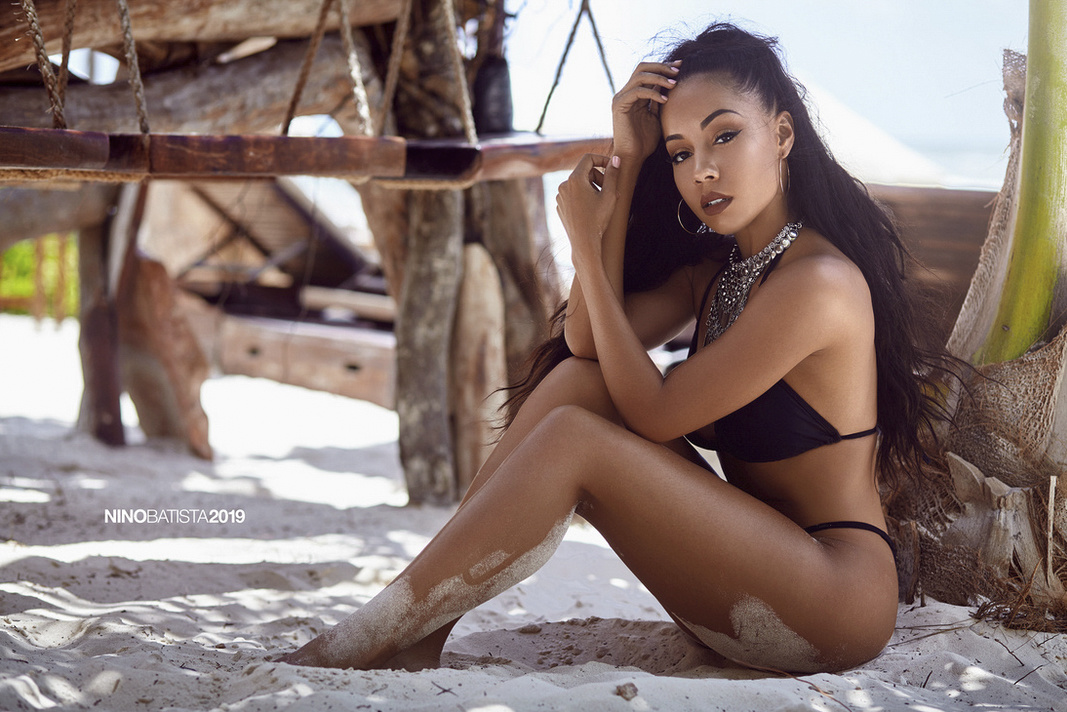 Facebook's strict nudity policy may seem antiquated; sites like Flickr, Tumblr, Reddit, and DeviantArt allow some form of nudity. Privately held companies like Reddit don't have stock prices to worry about, which is probably why they aren't as concerned with issues like liability or investor retainment as Facebook is. But since Facebook is an American company, their prudishness should come as no surprise. The United States has a puritanical tradition in viewing the human form, at least compared to many other Western countries. It also seems that often, the larger the corporation, the more conservative it strives to appear, at least as it grows more prominent. Consider that before he co-founded Facebook, a college-aged Mark Zuckerberg developed a site as a "let's rate chicks' looks on campus" service.

Perhaps it's time Facebook considers its impact on artistic communities and freedom of expression. As artists, many of us photographers rely on certain creative freedoms to fully express ourselves and make our work commercially viable. Facebook is an enormously important outlet for photographers who need to share their work, and many of us are frustrated at restrictions that can prohibit reasonable sharing.

Do you feel that it's time for Facebook to loosen its grip on nudity in photography, or are yiu convinced that censorship is necessary for this platform? Your opinions are welcome in the comments section below.

Nude
Tumblr Is Banning All Adult Content and Nudity, Including the Work of Professional Photographers

Personally, I cant wait until Facebook, including instagram crashes and burns. I despise them both so much.

I agree that FB has some flaws, but for those of us who live over 7000km away from their family and friends, it is also quite a good resource.

Maybe if you hate them so much you’re doing it wrong? Instagram has opened my eyes to worlds of photography I would have never found on my own with 5x the effort, and all in one place, for the cost of seeing relevant ads. It’s also provided me a platform to attract worldwide eyes in my first year of existence as a returning photographer. Also, whether it’s been paid work or just getting “free” talent to collaborate I feel without a doubt Instagram has assisted me in getting one thing leading to another. And when I upload to IG (fb), my website traffic quadruples at minimum. I think every tog has a unique experience as to how much (if any) paid work comes of it, but that’s an extraordinary bar to clear for a free service. #twocents

Instagram did this to me at first. Now since over a year, somehow it attracts only bots, fake likes, fake followers and spam comments. Just to be clear: I never purchased any likes/followers from any service. Setting my account as private for weeks at a time wouldn't change anything: as soon as it's public again, all the spams and fakes come back in masses.

I have this same problem. Once every 2 or 3 months I'll get a sudden increase of 20-30 followers, only to have them vanish over the coming weeks. It's incredibly disheartening as someone who is trying to grow on their quality of content. I was at 525 just last week, now I'm down below 500 again. It's definitely killing my will to even try growing a following, but it's still an invaluable scouting tool and source of inspiration, if nothing else.

I don't even find it a source of inspiration anymore. I used to follow many different photographers, but I realised that the really popular ones were either cheating the system by buying followers, and the rest of them are just all posting the same desaturated style of pictures. So I halved the number of people I used to follow. And I drastically slowed down my own activity.

Yeah, whenever I see accounts with 17k follower but only get 70 likes per post, it raises a few red flags, haha.

I understand what you mean by repetitive content. One reason I don’t follow many pros is that seeing epic landscape after epic landscape can get really dull. I tend to follow smaller accounts or hubs with a nice variety (landscape/flower/abstract buildings/etc). It keeps things interesting

I’m not really inspired by the quality of images, but sometimes I’ll see a location or a style that inspires me to do something different.

I saw some of that male nipple female model shoot and frankly it left me with an empty feeling ..

How few problems do you have to have for this to be a problem?

All of the search engines allow nudity-related searches to your own website where you can post whatever you want.

Facebook doesn’t even prevent linking to nude content on sites that do allow it! They just don’t want to host it for you.

On the other hand... 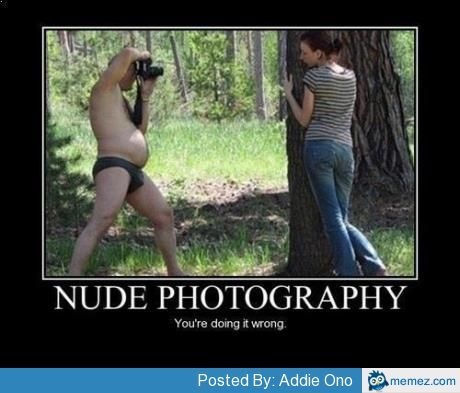 On this site, below the comments in the 'Featured Photos' section, I don't recall seeing any nude photos down there - why is that? Maybe I haven't been paying attention enough?

You won't even find them on this article *about* nude photography. Just two space fillers of covered-up women.

I wonder when Fstoppers will 'loosen its grip on nudity in photography', and show nudity on this site - or maybe Fstoppers has the right to have it's own policies. Point taken? Probably not.

Apologies for loosing track and not replying to you. The time is past, but anyway...

Yes, of course they have a right to such policies. But it then seems irrelevant to include pictures of not-nude women. Where pictures are not relevant, leave pictures out!

Perhaps my real point was I hate meaningless space-filling "illustration."

I saw on Instagram eBay's photo ads which was showing photos of total nudes that were supposedly on their site for sale. I wondered how ebay was allowed to show nudes when others could not? On the other hand, haven't seen them for at least a few weeks now so maybe banned....

Seems to be a big push on this. Facebook is its own entity or company. They set up the rules as they see fit for their business model. Somewhere in the user agreement its states all this. Now he finds out he can't post nude images and wants them to change the rules for him.

Another movement to coddle to the needs of the few no matter what. Don't like the rules move on. Or better yet start your own site or post to those who allow it. Why the need to have his content allowed on Facebook?

I have no problem with nudity however many more do than don't. As a photograph it is more real to the viewer than a painting or sculpture. Not to mention the legalities of some nude image posted without model releases.

That's a naive way of looking at it. Facebook is a monopoly and billions of people use it to talk to each other. For a lot of these people, those who moved away from home for example, it's their most important method of communication, more so than even speech.

It's not just a company anymore, but a public service, just like the internet or the telephone and it must be treated as such. Free speech and censorship are absolutely an issue.

Having been banned by FB several times for periods up to a week, including up to 18 months after an image was posted, and having had my images and those of colleagues banned despite no "forward nipples" being projected, and having had FB on occasion apologizing to me after a ban was rescinded, know this -- work is NOT being banned by humans, but by computers and algorithms. This is absolutely the worst form of censorship. Artistic judgement has been supplanted by machines. It is 1984 and Brave New World gone further mad.

That sounds frustrating to say the least.. But remember that humans are the ones setting the rules behind the machines. However, I suppose it's impossible at this point for a machine to differentiate artistic vs sensual nudity, and there is likely not enough manpower to hire all those tasks out. In return, Facebook simplifies the problem by banning all nudity. It actually makes sense when you look at it that way.

I think Facebook should be able to set their own rules, BUT they need to be consistent. Apparently, it's NOT OK to post a photo of a nipple, but just fine to post a video of someone chopping off someone's head. I've reported said video and Facebook said it did not violate their community standards.

The sad double-standard in American culture: "Violence is fine, all sexuality including the human form is bad."

It'd be funny to see how FB would react if everyone stopped uploading all photos and videos on its platform.

We can't even get everyone to learn the difference between "your" and "you're", so that would be a bit of a stretch. LOL But I know what you mean.

Yea I know, wishful thinking. But aside from a massive popular movement by users, I don't see anything changing for the better.

I think that nudity or especially non explicit sensual photography is OK. Nudity can be accomplished without it being what some people may consider "Pornographic." Nudity in good taste when done in an artistic format.

A side note to this. For other reasons I canceled my Facebook account almost two years ago.