Feature Request: Body-to-Body Communication Would Be Every Event Photographer's Dream

Today, more and more cameras have wireless technologies built into the body. So far, the concentration on development for the use of these antennas has centered around image transfer and social media connectivity, posting directly to other services, etc. But that’s far from all that can be accomplished when cameras start being able to communicate with one another.

This has been on my list for a while, and it’s perhaps the inclusion of Bluetooth in the Nikon D500 that prompted this specific post, although plenty of other cameras (mostly consumer-oriented models) have started incorporating built-in wireless technologies over the last few years. But why can’t camera manufacturers include a feature that allows more than one body to communicate with one another on a shoot where multiple bodies are being used by the same photographer? Of course they can. And I surely can't be the first to have thought about it. We just need to convince manufacturers that we really do want it, that it'll be worth it. Honestly, one can imagine all kinds of features that could come from creating more with built-in wireless technology.

If you are shooting with two bodies and walk from bright, sunny light outside into a dark hall indoors, you’ll immediately change the settings on whichever camera you begin shooting with indoors. However, after a few dozen shots, perhaps it’s time to switch to the other body to grab a shot with the 70-200mm of a father lifting up his baby on the dance floor across the room. You either fire off a few shots at the wrong exposure and hope you can save them, or you take a moment to hastily change the settings to ones more appropriate and risk missing the moment in the meantime.

But what if your second body was already set correctly because it “spoke” with your other body and adjusted its settings?

Of course, you could shoot in various automatic modes such as shutter or aperture-priority, or you could set your ISO and white balance to automatic. But we all know that while we may use one of these modes for a short time during any event, there are many points at which we’ll switch back to a full manual mode. Regardless, if our bodies could talk to each other wirelessly, shooting with multiple cameras would be about half of the hassle that it currently is. Who knows? Maybe it would be easy enough that it would actually sell more second bodies to photographers. 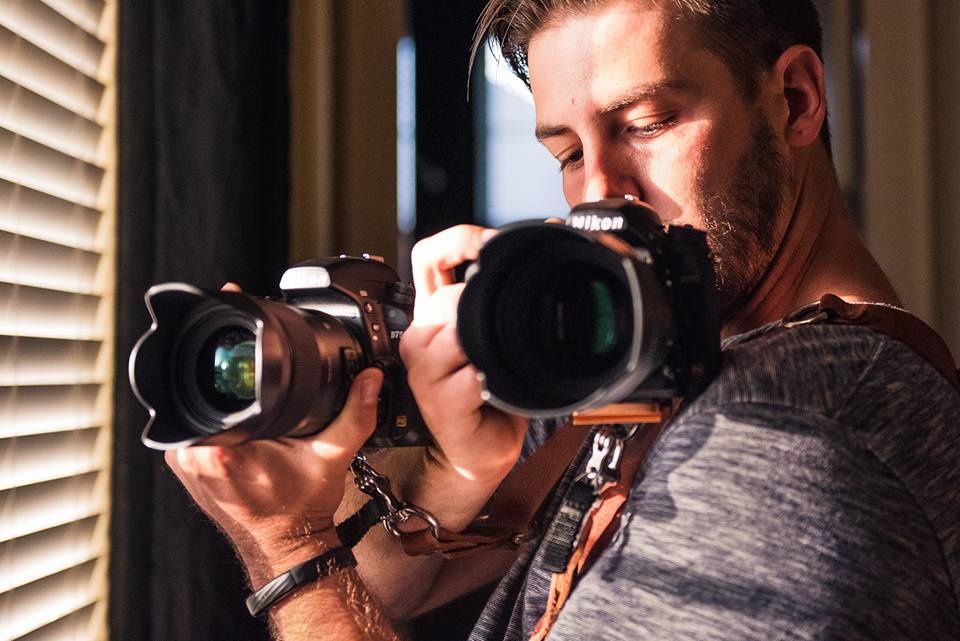 Using Bluetooth would be ideal for its low power consumption, but enabling the feature over Wi-Fi could produce results over longer distances. Perhaps a camera one carries by their side could be used to trigger one farther away, all without the need for a separate radio trigger. Now, I’m inviting latency and battery life issues, but even sticking with near-proximity, low-power Bluetooth for simply changing camera settings could make body-to-body communication a huge help to countless photographers.

Furthermore, one could imagine setting a camera as a “master” body of any others on a particular channel, or each camera could alternatively default to settings of the most recently changed camera. As this feature might become more prevalent, a custom programmable function button could be assigned to temporarily disengage or re-engage the feature for a particular camera in certain circumstances in which you might simply be testing something quite creative, but where you don’t want to change the settings of all of your bodies accordingly.

Finally, this feature could save a lot of productions working with multiple cameras for both still photography and video. It can be a pain to ensure every camera is recording with the same settings. Even our own Fstoppers tutorials team has to sync all of their settings manually with verbal confirmation from each shooter about adjusting to the same settings. There's no other way to do it. But there could be. Such a feature would undoubtedly save many mistakes that are still made by productions while trying to ensure everyone is set to the same ISO, the same camera color calibration, the same frame rate, etc. Even time zone and exact time settings could be synced before every shoot so photographs are ordered properly, effortlessly organized by time taken, regardless of the body with which they were taken.

Is this a pure convenience request? I might just be lazier than the average photographer that doesn't care about changing settings back and forth, but is convenience and efficiency not a hallmark of a great photographer who has his process well-tuned? Do features that improve our efficiency and provide us with greater convenience not allow us to concentrate less on the mundane operation of our tools and more on the craft of taking the perfect photograph?

First, manufacturers try to charge hundreds of dollars for bulky attachments that protrude out of our cameras, but that at least let us wirelessly beam images to someone with a laptop a couple dozen feet away. But as those times seem to be disappearing (thank goodness), little has been done to improve the functionality and usefulness of built-in wireless technologies. Some manufacturers' time is even spent on creating yet additional platforms on which they expect us to post our photos, all while no one realizes we already have too many platforms to deal with between Facebook, Instagram, Flickr, Twitter — you name it — not to mention our own websites. It's about time that we get something we can actually use out of these added technologies. And the good news is that it could all be done with a firmware update for those cameras that already have the hardware built-in.

It has seemed for quite some time that Japan needs to meet Silicon Valley. Perhaps a feature like this could pave the way. How many of you would want a feature like this? Nikon, Canon, Fujifilm, and Sony, I hope you’re listening. At least I'm not asking for this technology to work across different brands (I'll do that next year).

I shoot with two bodies and change my settings for both cameras as I'm walking out the door into the sunlight. I used to fire-off a lot of bad exposures, but now I set them up while I'm moving to any new space or area, that way they are always close when I lift them up to shoot. For video though, that could be great. Isn't there already a way to do this with CamRanger or some equivalent? You would need a smartphone controller to make sure they were all synced up, but it's a technology that's already out there.

Yes. In theory, you'd just need the right software in each camera... Easy! ;-)

Have no problem here. I just know my cameras so well. I change all setings with yes closed in a second. I have 2 cameras. And often with different purposes. So the settings are different as well.

this should be pretty easy to implement on cameras that have NFC (like the A7 series) where you could just tap to sync.

I just filed a patent application for this idea and will be selling it to the highest bidder. Thanks!

On that note, I'm pretty sure some patent troll is already lined up and waiting to jump on the first manufacturer to begin implementing this...

Bluetooth and NFC would make this very doable. You could even use a smartphone intermediary to control exactly what gets synced, when, and under what conditions.

In any case, good luck getting the Japanese to breakout of their extremely conservative development principles.

Im totally with you on this.

Add the option of triggering the cameras for both photo and video woild be great and this should not be limited to cameras but also work with a phone app and or a pc.

I vite for wifi simply bc of the capacity can be used to transfer files and essentially set up a in camera network with multiple photographers working tg.

This would literally make my life a 100 times easier. Glad to see I'm not alone on wishing for this.