Five Camera Accessories That You Wouldn't Expect to Get Kickstarted

Kickstarter has allowed the photography community to share and create incredible ideas. We all know the success stories. What about the underdogs, though?

Every once in awhile, a project emerges that’s "so crazy it just might work". Sometimes, the design is a bit crude, the campaign video doesn’t sell it enough, or the idea has an extremely niche market. You might think it has its flaws like a lot of Kickstarter campaigns, but it's still good enough receive thousands of dollars in backing. These are the five success stories that you wouldn’t necessarily bet on.

It’s one thing for an accessory manufacturer to require that you already own an iPhone, but Ambivalent from Japan is asking that you already own a Hasselblad V-series camera too! They’ve created a digital camera back of sorts in which you use your iPhone to take the photos. They have an accompanying app that syncs your phone to the camera’s shutter and a projection screen inside the device that allows users to get that sweet, shallow depth of field. Taking Lomography to new heights, this niche project managed to find 144 people happy to fund it.

This almost sounds like a parody of itself; adding "photography" to the name doesn’t necessarily make it a camera accessory. The gloves tout an SD card slot and a microfiber patch to clean your lens with. While that sounds handy, they’d have to really be amazing to be worth their $80 price tag. Nonetheless, 610 backers funded the project and made the concept into a reality. What could have been too generic a product for a niche audience turned out to be a hit!

Memoto did an amazing job of selling a lifestyle rather than the tech behind their product. The concept is simple: put down your camera, enjoy the day, and have the Memoto Clip take photos for you automatically. While it’s an interesting concept, it wouldn’t have been surprising if the $280 ($200 Early Bird) price tag killed it. There’s also potential for it to take an entire day's worth of unusable 5 MP photos. Would you trust your shirt to frame your photos correctly?

Their $50,000 goal was smashed, totaling $550,000 in the end from 2,871, proving that it may not be fad. In fact, they've rebranded as "Narrative" and are selling the camera beyond Kickstarter now. Their new version touts an 8 MP camera and can record 1080p video.

When looking for an action camera, GoPro usually springs to mind, and it’s difficult to imagine many other brands competing. According to Market Realist, they have a whopping 47.5% market share, with ION taking second place with 12%. Is there room to compete? Barnacle was selling for $155, significantly lower than GoPro’s flagship cameras. However, GoPro’s cheapest option comes in at only $120.

They’ve since been able to add more competing features to Barnacle, like Wifi, and possibly an up and coming second version later this year. This was all due to a successful campaign. Who knows, they may take on GoPro yet!

The device is too heavy for cheap focus rings and may drift, it can be replaced by a huge array of competing products, and they (jokingly) can’t decide on the name. It may not help that the $45 price tag is easily beaten by DIY projects.
This campaign has the hallmarks of an unsuccessful endeavor, but in the end, it has quite a lot of charm — enough that it was fully funded! Having a tiny whiteboard for marking is also a great bonus, making it a cut above its DIY competition.

Why We Love Kickstarter

So, that’s our roundup. Maybe next year we’ll see even kookier projects grow wings and fly. These projects represent the photography and videography communities taking problems into their own hands. No manufacturer can create ideas that resonate with everyday photographers at the same pace as the communities themselves. Without Kickstarter projects, we may not have had Pixelstick and Softpanel's LED lights that match the room’s color temperature. 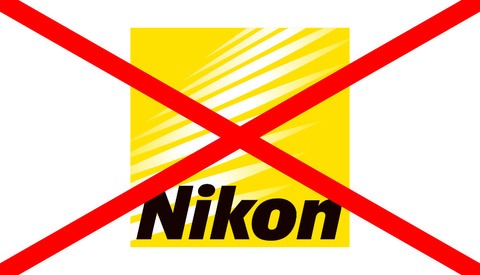 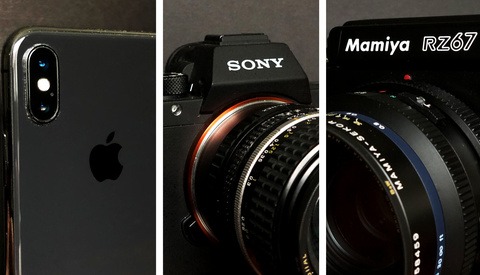 Film Photography / December 7, 2020
A Head-To-Head-To-Head Comparison of an iPhone, Full Frame Digital, and Medium Format Film: Can You Tell the Difference? 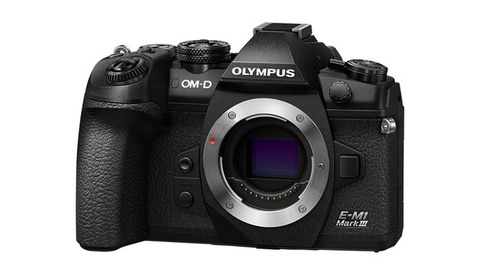 Photography gloves? I have found the best glove to use is a wind resistance motorcycle glove. They keep your hands warm, thin enough to press small buttons and they are relatively inexpensive. I have heard firearm gloves work well also but I haven't tried that route.

I bought a pair of fly fishing gloves 10 years ago that pull back on fingers. Warm and waterproof. 20 bucks

Same here. I've owned gloves where the fingers can be velcroed back for years. I think they're pretty common amongst fly fishers. I've always known them as 'shooting gloves' though, so I assume this is their original purchase. Either way, not a new idea, but I suppose there's nothing wrong with more choice.

Hit up a year end sale at a boardshop and pick up some park gloves. They're thick enough to keep you warm and thin enough to enable you to run cameras, etc.

A great idea! I'm sure gloves are cheap now that summer's here too.

I can see working are slim electric gloves, something I haven't seen. It's odd on the grounds that such gloves can be effectively produced today and would be exceptionally valuable for such a variety of exercises.
Cute Accessories : https://camera.searchub.com/camera-accessories/