How I Shot and Edited Portraits of William H. Macy

Being that I’m primarily a wedding and documentary photographer, it’s not every day that I get the chance to take a portrait of a celebrity. Add to this that I live in Northwest Arkansas, which isn't really a hub for celebrities, makes it even less likely for me — especially one as well known as William H. Macy. So I thought it would be interesting to line out how I pulled it off and got the final image.

The first thing I want to point out is this was not a planned portrait. Macy was speaking at a local event called The Bentonville Film Festival and I got tickets to hear his panel discussion. I brought along my Fuji GFX and 63mm f/2.8 lens with the hopes that I’d have the opportunity to get some images while there. I didn't plan on taking any portraits and I didn't even think I'd have the chance to ask.

After the discussion, all the attendants gathered on stage for selfies with all the speakers. This is where I saw what could be a great opportunity. There was only one way for the speakers to leave the stage and head back into their waiting area. A small set of stairs exiting the stage that would put Macy right in front of a black backdrop with amazing window light. So I set up camp here and waited for him to exit the stage hoping I could ask him for a quick portrait. I was the only one there for a solid five minutes. Unfortunately, as the actor started to exit, everyone else noticed the same thing I had, and Macy was quickly overtaken by selfies once again.

As Macy left to the back and into the waiting area, the crowd slowly left the building. I decided to stick around a bit to just see what would happen. In true stalker fashion, I found out that a car was coming to pick up Macy out front. Which meant he would have to walk right by me one more time. This time though, I would have little to no one in the building left to compete with. So as Macy started to head toward the door with a friend, I walked right by him, waited for a break in their conversation, then asked if I could get a quick portrait when we got outside. He said yes, then I did a quite happy dance in the back of my head.

Once we stepped outside, we were quickly met with more selfie requests and Macy was extremely nice letting everyone get their chance while telling me he would be right with me. After a handful of selfies, he turned to me and said, “OK, where do you want me?” This is where I quietly panicked in the back of my head. I hadn't even thought about it. I quickly surveyed the area knowing I had maybe two seconds to decide and not far to go. My eyes landed on a decently dark backdrop under a canopy that was just a couple steps away. The canopy provided some nice shade from the overhead sun while still allowing a good amount of light reflecting off the nearby building.

From here my goal was to frame Macy in the darkest part of the backdrop knowing that I could burn down everything else in post to give me a clean background. As you can see from the untouched raw file, I didn't truly succeed at this, but I got close enough. From the first image to the last image, I got exactly five seconds with him. The images are definitely not perfect. But to my own amazement, I actually got a few images from the quick five seconds that I really like. The parts that I didn't like could be fixed in later thankfully.

The edit for these is pretty simple, but there are two main issues that I wanted to fix. The first issue is the background. This is an easy fix since I was able to keep him most of the way within the dark are of the background. Using the brush tool in Lightroom, I simply brushed over the light areas with a -4 exposure brush. For the small area of hair that overlapped the light area, I used the same brush but instead used a low flow. This allowed me to gradually paint away the light area while still maintaining the details in the hair.

Now that I have a nice clean backdrop, I can fix the composition, which is my second issue with the set. Because of my lack of planning, I was busy worrying about other things and totally didn't pay attention to my framing. But because I have a 51.4-megapixel file and clean backdrop, this is a pretty easy fix. The first thing I do is open the file in Photoshop and adjust the crop to where I want. From here I just clone stamp the background to fill in the area that is now missing.

As for the rest of the edit, I used a couple different presets from the new DVLOP presets packs. For the color versions, I went with the Prague preset from the Chrisman Studios pack. Aside from the preset I didn't need to do much else besides a minor exposure adjustment and I dropped my highlights down slightly.

For the black and whites, I went with Mercury from the Samm Blake pack. Once converted to black and white, I didn't really like how noticeable the light falloff was on his face. The right seemed too bright while the left seemed too dark. To fix this I used a set of gradients within Lightroom to even everything out. I then used the brush tool on the right eye to make it match the brightness of the left eye better. 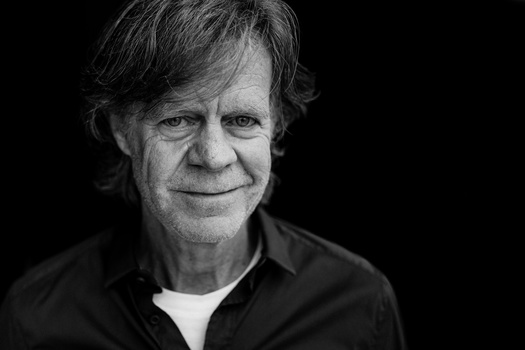 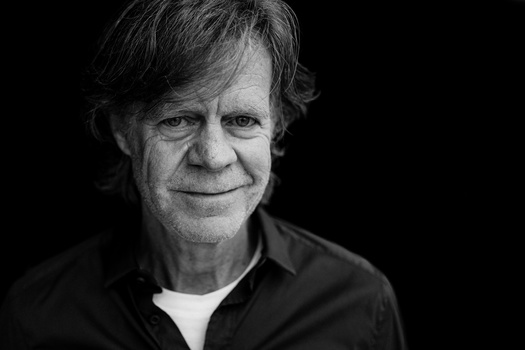 At the end of the day, I was very happy with my final results. I was able to get a great portrait (by my standards) of an iconic movie and TV star (who also happens to be a very nice guy in person). Although I'm happy with my final results, there are some things I would change given the chance. The first is that I would have done a bit more planning. Instead of waiting for him to finish taking selfies with people like I did, I could have been thinking about where and how to shoot. This would have opened up my mental capacity to focus more on taking a better composed image. The final result may have turned out the exact same, but it would have been gratifying to not have to fix a bunch of mistakes in post.

Lightroom / May 17, 2020
Check Out This Fantastic Bundle of Portrait Retouching Classes From Sony Artisan Chris Orwig

fantastic actor! Love him in Shameless. Love him so much, I hate his character. And I mean that as a compliment.

that show is incredible

Nice job! Kudos to you for waiting him out like that.

Good job! You were able to get those look like studio headshots.

Amazing you got the chance to portrait him, but I do think the original backdrop, yes with the details in the background and the tree and everything else what's out there is better. I always find complete black backgrounds a little detached.. kinda unreal. Otherwise, the portrait and the face itself are lovely! :D

Jason, thanks for your post. It just reminds us how receptive people are if we would just ask...

Reminds me of a gaunt Joe McNally

Awesome. Patience and politeness wins out every time.

probably my favorite actor and you did a great job capturing his personality. I am happy that he is a nice guy also. A star but not too big. The Cooler...what a great flick.

Why your preference was to clean background in Lightroom and crop in Photoshop?

Kudos. Your patience paid off!

Oh, wow. Thanks for sharing.

I sure admire your integrity and persistence in this capture.