Does true love really exist? In this heartwarming photo series, photos capture a 90-year-old couple who have just celebrated their 70th wedding anniversary together.

Do you ever get that once-in-a-lifetime experience you just can't turn down? I was fortunate enough for that opportunity to come to me. A few weeks ago, I was eating a delicious Friday night dinner, where the whole community was invited. I sat down and had just started to eat when we heard a knock on the door. In walk in two angels, Lenny and Elaine, and the room lit up. I was fortunate enough to sit through hours of their inspiring stories of how they met and everything in between. I was so intrigued by their story, that after the meal, I invited them to my studio for a portrait session as a gift for their 70th wedding anniversary. They took me up on the offer and showed up at my studio a few weeks later.

When they arrived at my studio that morning, before we even started photographing, I asked them their favorite song, and we danced and sang to it. This got them loosened up and ready to photograph. As the shoot progressed, it was humbling and inspiring to see the love they had for each other. They both just turned 90, but had more energy and life then some people in their 30s. The entire shoot, I couldn't stop smiling. It felt like we were on set of a classic Disney film.

For this shoot, I knew I wanted something that looked natural and subtle with regard to my set design, lighting, and composition. To adapt to this simplistic style, I lit the entire scene with my Rovelight Flashpoint 600b with a 10-degree grid to prevent spill. I boomed this at a white wall about 8 feet from the subjects on full power, giving me a beautiful and even distribution of light. Next, I grabbed a sky blue Gravity Backdrop to match what they were wearing. Since I wanted to capture the textures in their faces, I put my camera at f/8, ISO 100 to cut down my ambient, and set my shutter speed to 1/160 s so it would sync with my flash. 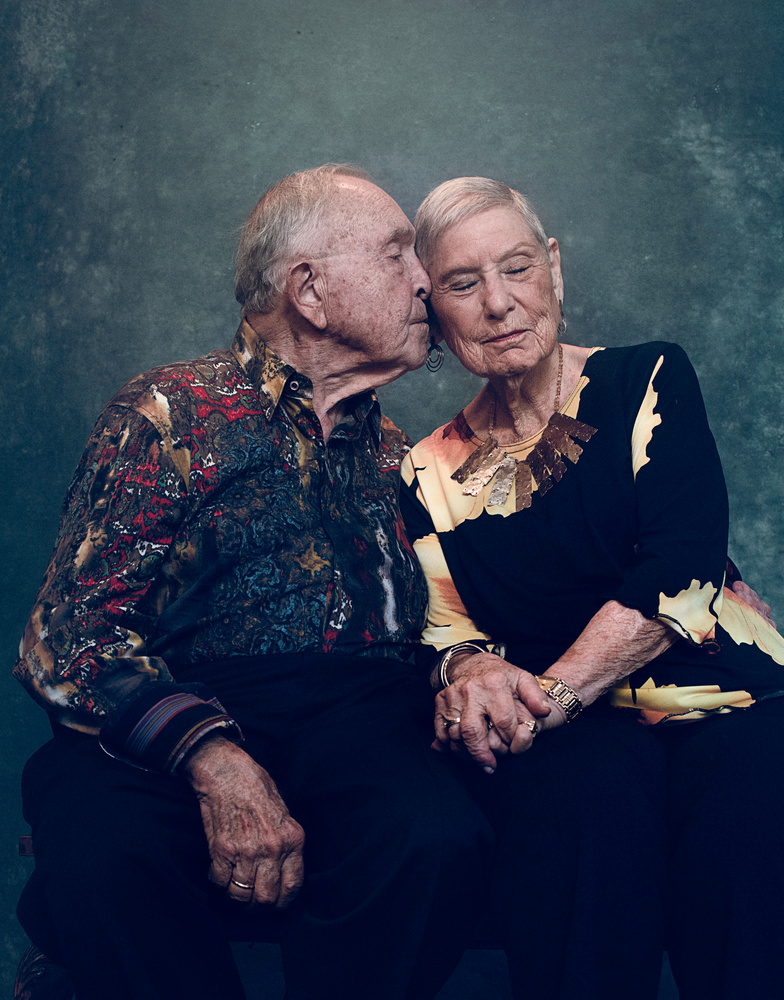 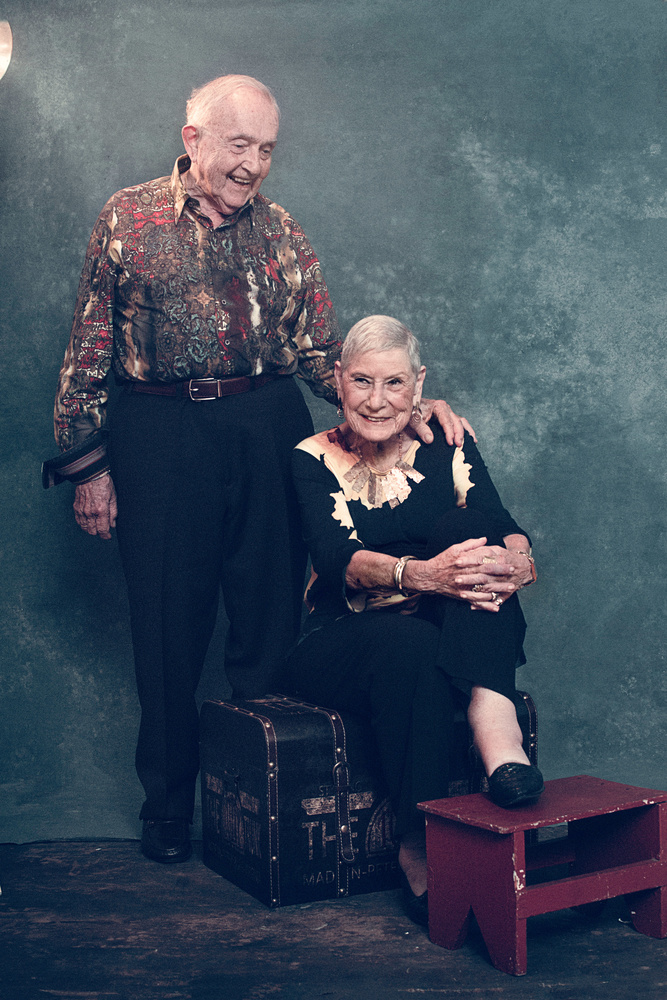 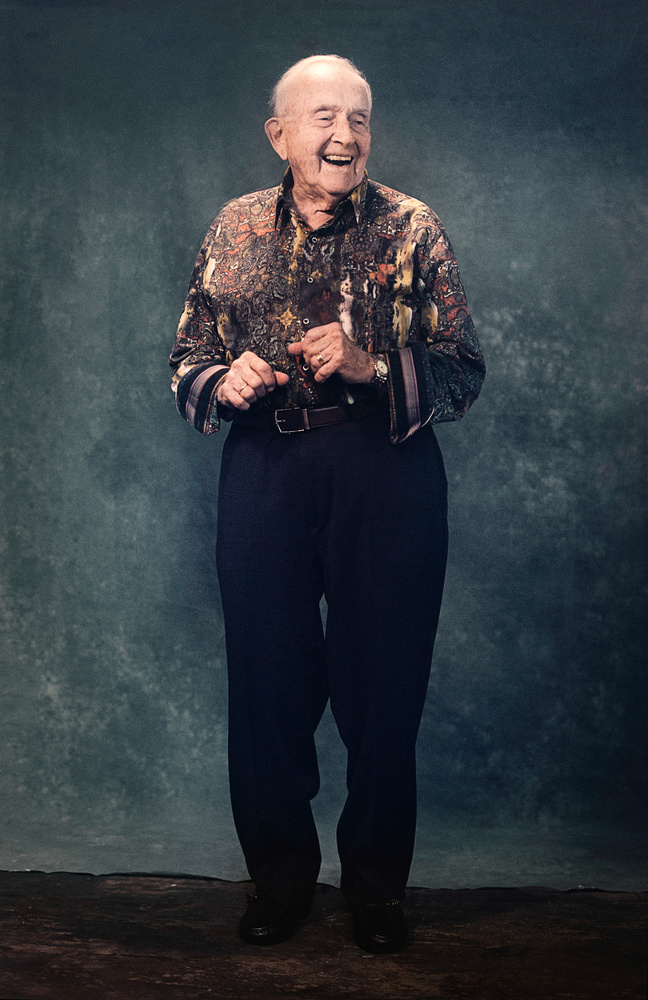 Given my subject matter, I wanted to edit the pictures to look elegant, but also strong. That's where Photoshop came into the picture. To get the texture in the final photo, I first started by duplicating my background layer (Cmd+J/ Option+J) and adding a five-percent grain layer on top. Then, to enhance that texture even more, I placed a high pass layer on top of the grain. To finish it off, I dodged and burned and made my subjects the focus. Each edit took about 25 minutes. 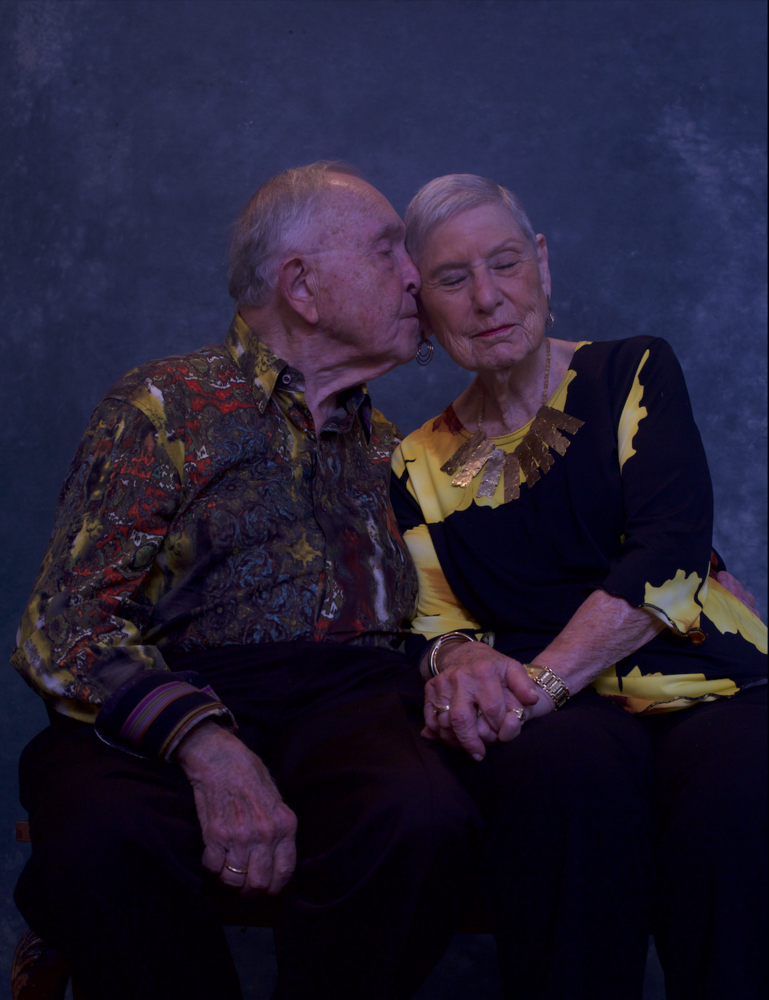 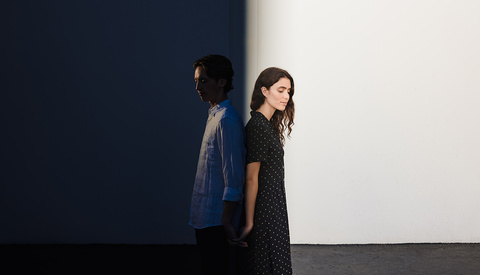 Fashion and Editorial Portrait Photography Lighting, Retouching, and Shooting for Magazines
With Clay Cook
$299.99
Log in or register to post comments
9 Comments

So well done! Joy bursts out of each image. A testament to this lovely photo, and to the photographer.

Thank you so much! So glad you enjoyed it! I tried to capture it softly and sensitively.

I shoot seniors, real seniors, too. Great honor. So many aging individuals lose confidence in their looks, thinking they are just old and no longer beautiful.

Exactly. Our job as photographers is to see them as beautiful and share it with the world.

Thanks for the kind words!

I hope that my wife and I are around that long. We just crossed 40 years together last year.

wow congrats! yeah it sure is a milestone!