Looking Back: Things We Have Photographed That Are Gone

Do you often think about the significance of the subject you are photographing? What if you knew it would be gone forever someday? Though we don’t always realize it in the moment the shutter clicks, the images we capture with our cameras become more precious when the subjects in those images no longer exist. I recently came across a TEDx Talk featuring award-winning photographer Jason Matias. In it, he talked about his collection of photographs called "Beautiful Things That are Gone." As the name implies, it is a beautiful collection of images of things that no longer exist in the same physical state they were in when he photographed them. Some of these things have simply changed with the seasons, while others have become completely non-existent. It struck me that the images I am most moved by, and the ones I place the most importance on, in my own body of work as well as the collections of fellow photographers, are the ones that capture what is no longer capturable.

I immediately was put in mind of an image I had seen years ago, of a beautiful, old, decommissioned power station in the city where I live. It was the kind of place that could inspire a million steampunk dreams. The image evoked both the beauty and the abandonment of this big, beautiful, empty place. It was breathtaking. I yearned to go see it for myself, and I swore that one day soon I would make the right connections and get myself and my camera there to take some shots of my own. By the time I first drove down to look at the grand old building, several weeks later, it was gone; labeled a safety risk, and therefore demolished by the company that owned it. Nothing was left but a pile of rubble and dust. 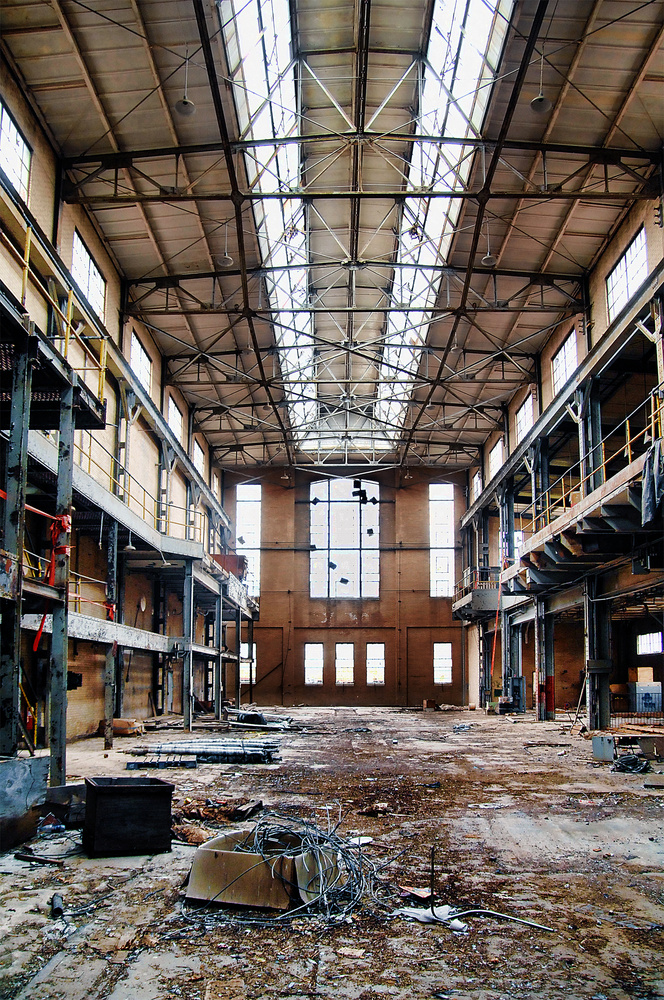 The man who had captured that image that was so inspiring to me was Texas Photographer Ralph Duke, CPP. Duke is a photography legend in my area, with a career that has spanned decades, and included photojournalism, commercial photography, and all points in between. I recently sat down with Duke to talk about his 50+ year career. When I asked him about the beautiful things that he'd photographed in his long career that no longer exist, he waxed sentimental. He spoke of the beautiful art deco buildings and department stores that were his bread and butter early in his career, when Main Street America was where everyone did business. Back then, local businesses needed their wares photographed for commercial print ads. Duke photographed the buildings, the products, and the models wearing department store fashions. There was no Dropbox, no digital downloads, no file sharing. If a company wanted to have professional photos of the things they sold, Duke was who they called. 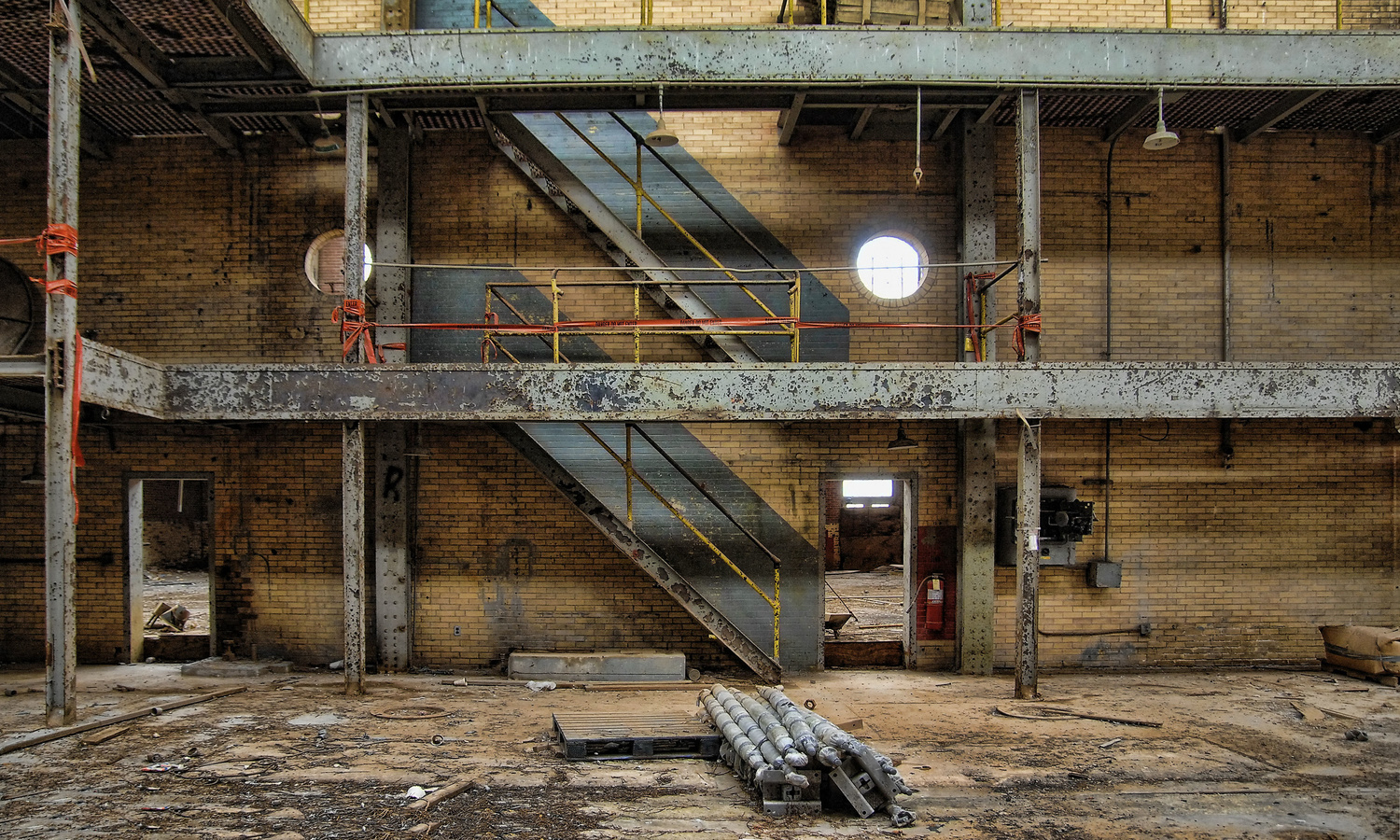 Nowadays, as Duke pointed out, locally owned stores are few and far between, and many of them use stock photography of the products that they sell, provided by the wholesale vendor, instead of hiring a local photographer and local models to show off their goods. I was reminded of a video I had seen, where a catalog model zipped through a pose every second, as a camera and studio lights beeped and popped away with each pose. And while local boutiques do often advertise on social media with images taken locally, many times they are taken by a store associate with a cell phone, rather than a paid professional with studio lighting and professional equipment. It’s a sign of the times.

Of course, changes in business practices and current trends are not the only culprits that cause these precious subjects to disappear. Many times, the precious subjects of our most beloved images disappear simply because they are old and unable to withstand the test of time. These are the things that we, as photographers, are the most lucky to capture, because usually there is no predicting the demise of the things we photograph.

Mark Wade, a New Mexico photographer with a passion for the history of that stretch of Route 66 that runs through his home state, found this out recently when he went to photograph a favorite sign along the Mother Road in Albuquerque. Mark has seen a lot of historic things that did not survive the test of time along Route 66, and he was sad to realize this was one of them.

It was one of those beautiful old neon monoliths of Route 66’s heyday, and it was gone. Following his suspicions, he ventured to the future location of a “neon park” that he knew was being built, where he discovered the sign, along with many others, waiting to be installed there. And while he is glad that these old signs are going to be used and not destroyed, he would rather see them kept, and celebrated, in their original locations on the old Mother Road. 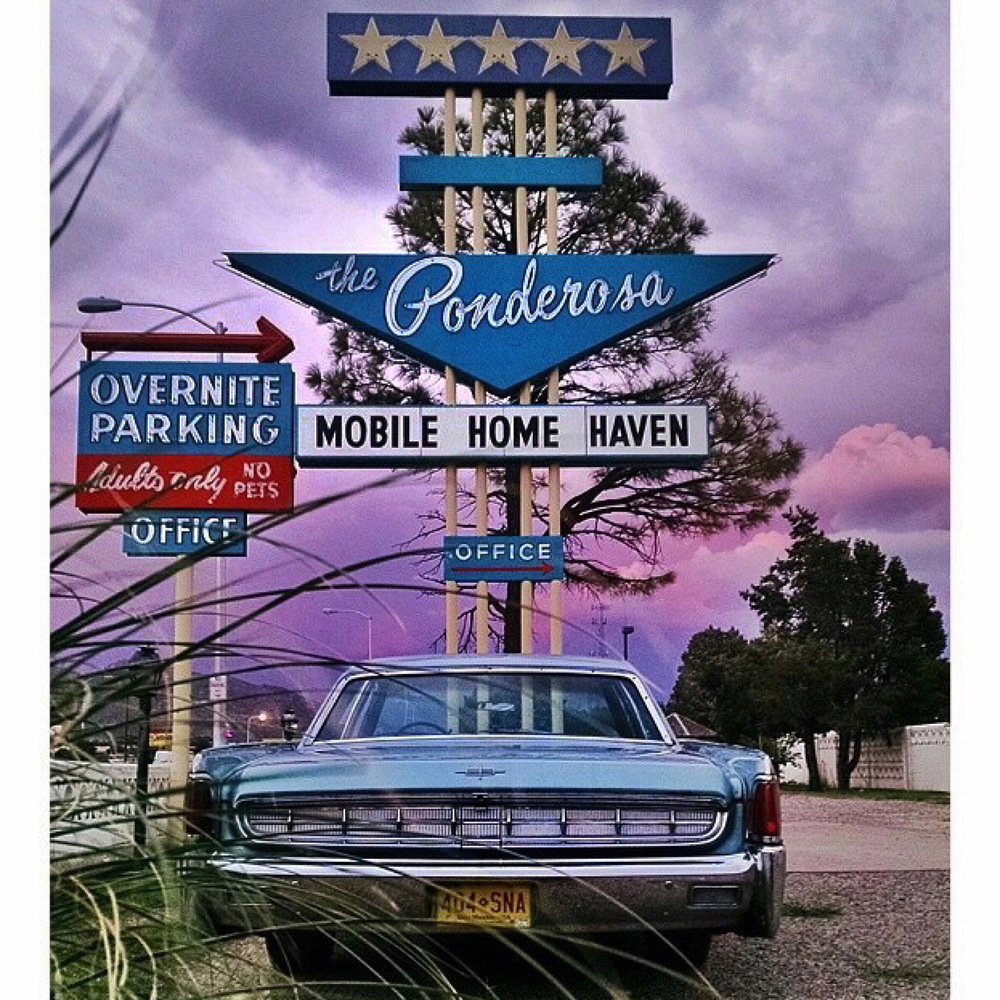 “Many forward thinking business owners have kept their original signage at the original locations, and it has paid off.” He is hoping to bring attention to preservation options of these beautiful American artifacts by meeting with other concerned citizens to garner support and begin raising awareness.

While the landmark Mark was concerned about will hopefully see the light of day again in a new location, on of my own personal favorites, an old grain elevator that stood for decades near my hometown in Texas, sadly did not. I was able to capture an image of it just weeks before it completely fell down. I, too, went back to photograph it again, only to find it completely leveled. Sadly, it will never be resurrected, but the image is even more precious to me, as well as to locals who grew up around the grand old silo, now that the real thing is just dust. 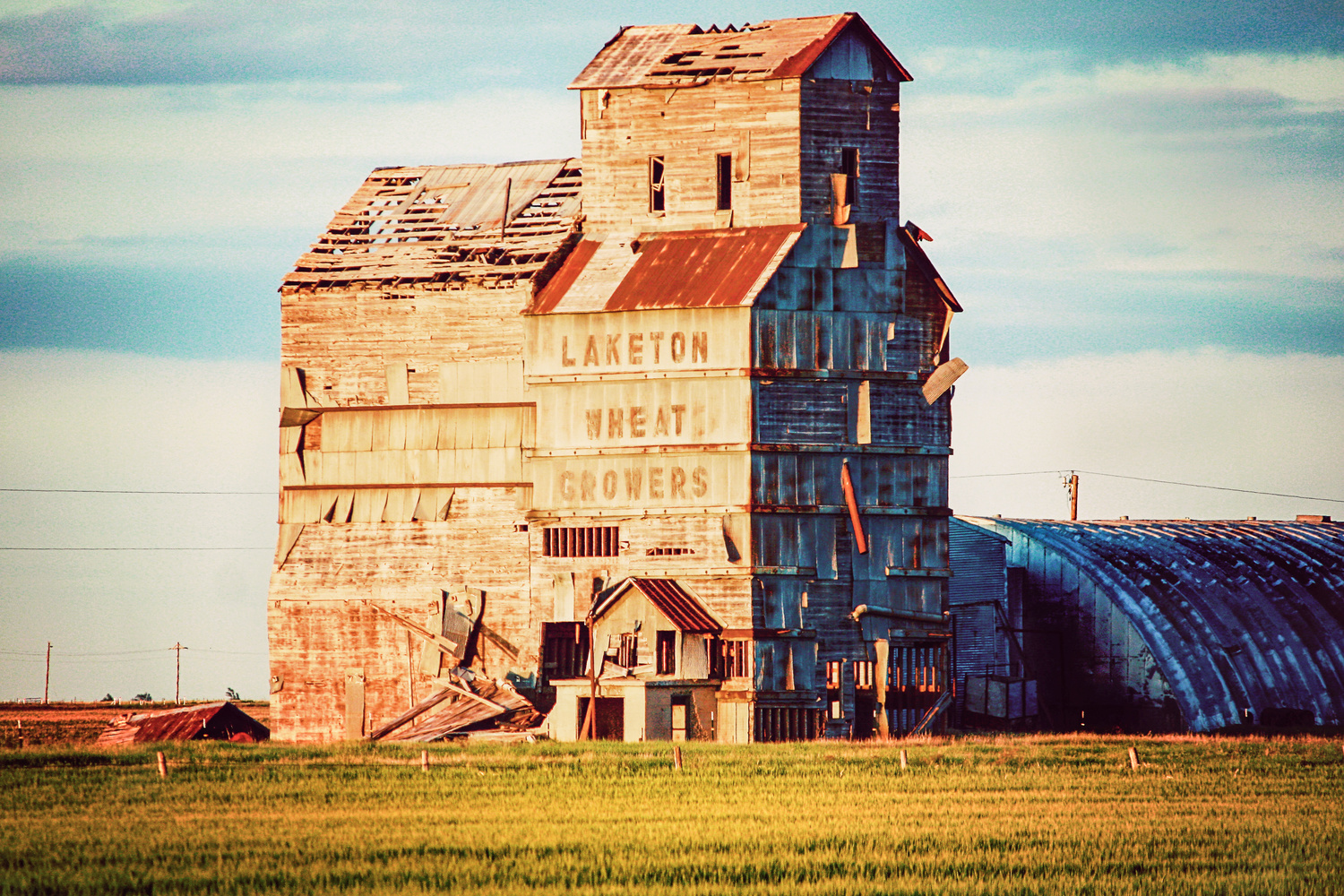 As important as it is for these places and things to be photographed and documented for future generations before they are gone, even more important is our documentation of the people in our lives. As a portrait photographer, this fact weighs heavy on my heart each time I photograph a family or individual. The images I capture may well be the last professional image that my client has of someone they love dearly, and the weight of that responsibility drives me to want each and every detail of a photo session to be beautiful and enjoyable, and for the images that come from it to be cherished and treasured. Documenting the life of a person, preserving them forever in a beautiful image; this is the most fulfilling thing in my career as a portrait photographer.

Have you ever captured an image of something that can never be photographed in the same way again? Please share your stories and examples in the comments.

Historical / April 3, 2019
Why the Contents of This Shoebox Are Among My Most Valuable as a Photographer

I worked with a gentleman who surveys airfields and he was tasked with recording much of RAF Uxbridge before it was demolished. I photographed it all for him and while being utterly amazing as a lot of the buildings had been untouched since going out of use and were filled with equipment and books, it was very sad. I stood in the Operations Room of the underground bunker that Winston Churchill had monitored battles from in 1940, knowing that in just a few short weeks, it would be dust. I'll write an article on it one day, just need to ensure I have clearance to share images of it.

Oh, wow! It's a shame those things can't all be rescued. Robert, can't wait to read that one!

Jenny Thanks, I LOVE ruins, photographing them gives one last chance perhaps to leave a mark in the world... anyway this place was torn down and I was lucky enough to estimate it professionally, good thing I had a camera. 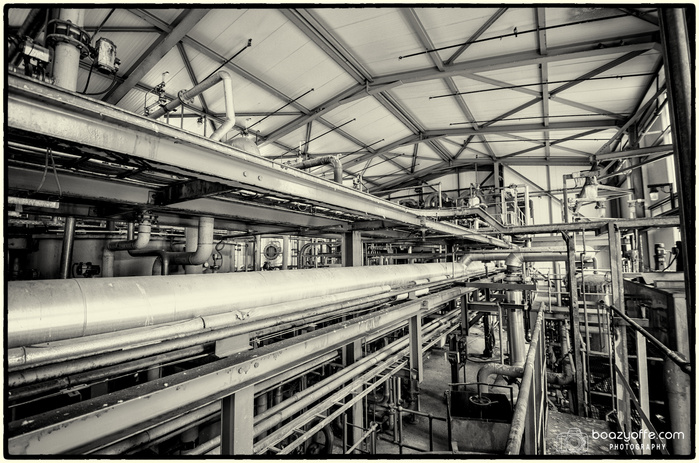 this is the Alaskan Way Viaduct in Seattle. it was permanently shut down last friday, to be torn down this summer after serving drivers for over 65 years. after taking a few shots during it's final week of carrying traffic, i may trespass into the construction zone to photograph it after the new viaduct tunnel opens in a few weeks but before the final stage of demolition begins.

i'd have done it already but the number of trespassers to this point has been massive, crowds that would conflict with my desire to capture an image of it truly abandoned. 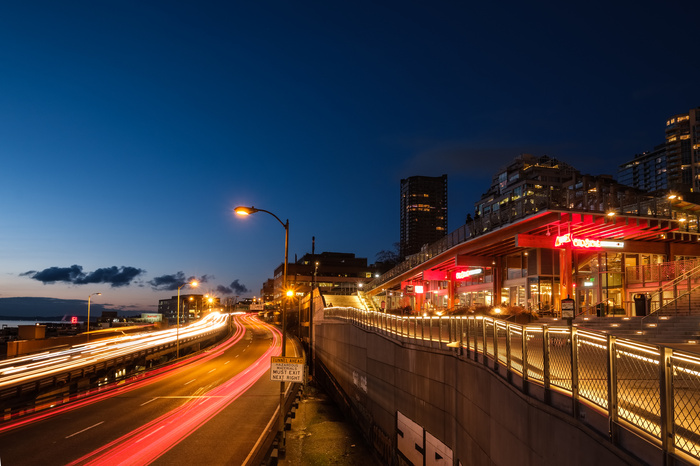 There is a sense of nostalgia looking at a derelect building, or one that's being torn down. I watch with grim fascination for ages as these old apartments were demolished for 'urban renewal'. So many lives, stories... 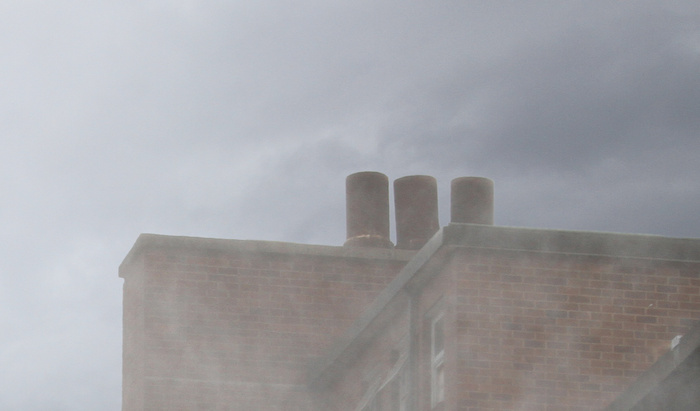 If websites like facebook and Instagram should survive (along with humanity), I suspect that all the selfies, photo albums, and videos put up by today's young will be painful reminders of a world gone by, of people, some of who will no longer be with them, and of their former young and beautiful selves. Phychiatrist, therapists, and plastic surgeons are going to be having a field day.

That hasn't been an issue for portrait artists and amateur snapshooters before. I don't see why it should become one now. There are just more pictures.

People used to spend evenings going through their photo albums, reliving their lives, and not needing therapy.

Very nice refreshing article. Discovered an old farm in July 17 and got some nice captures of it. I wanted to make a Winter scene of it later that year. Went to view the Eclipse and when i got back from that trip the house and out buildings were all gone. Was disappointed it had vanished along with my plans. Glad i captured it when I did. 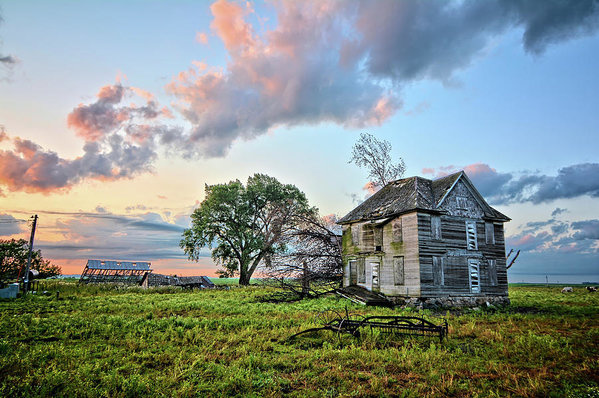 Makes you sick to see amazing architecture of Germany gone forever and replaced with parking lots and ugly apartment buildings.