Speed Up Your Workflow: Fstoppers Reviews the TourBox Software Controller

Various gadgets designed to improve the editing experience have emerged in the last couple of years, one of which is the TourBox, a chunky blob of knobs and buttons that sits next to your keyboard. How well does it perform and does the expense justify the promised gains in efficiency?

The TourBox is a relatively new addition to the array of software controllers currently available, having initially come to market in 2018. Previously, it only supported Lightroom, Photoshop, and PaintTool SAI, with the promise that more software would be added. It has since expanded significantly, and the peripheral can now be set up to work with Illustrator, Capture One, Clip Studio Paint, Comic Studio, Final Cut Pro, Premiere, After Effects, DaVinci, and Audition. 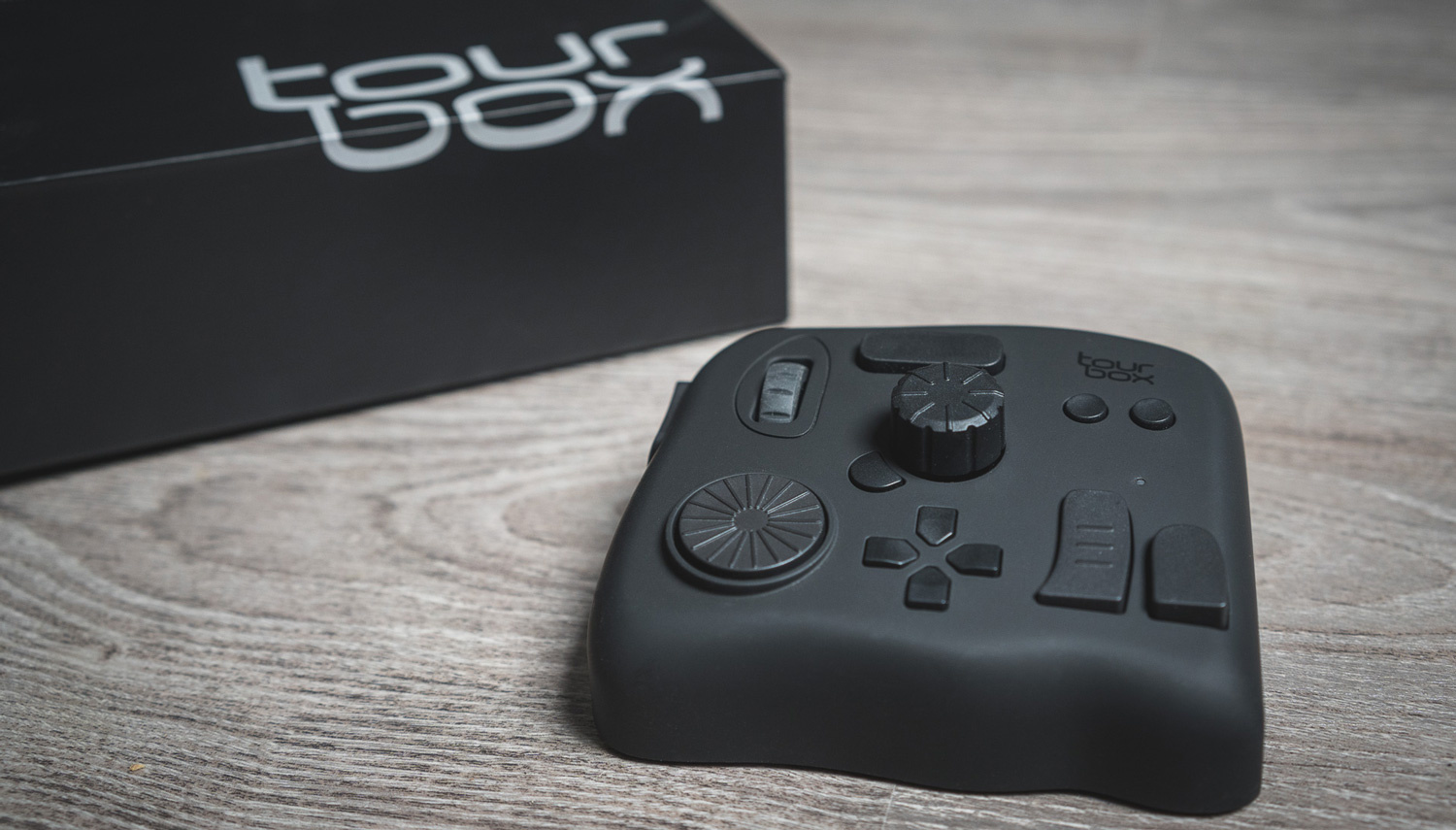 TourBox kindly sent me a unit to review, and I’ve been testing it over the last month to see how it performs, principally with Lightroom but also with a bit of Photoshop. As a means of speeding up my workflow, I’ve certainly been impressed, but does it merit its price of $169, and is there room for improvement?

The TourBox arrived in a rather smart box, and perhaps the first thing that I noticed upon unpacking the peripheral is its weight. I suspect that the manufacturers could have gone the route of rubber suckers to keep the device from sliding around your work surface, but instead, they opted to give it a solid feel, and I think that is the better option. At a shade over 13 oz (370 g), it remains reassuringly in place, which is a definite advantage for use, but perhaps isn’t so great if you want to take it with you on the road. The body has a slightly rubberized coating, which gives it a nice feel.

Given its weight and texture, the buttons and dials don’t quite match up in terms of refinement, having a slightly lightweight and plasticky feel. Each of the buttons and one of the three dials have a bit of wiggle play — from side to side, not in a way that makes it unresponsive — slightly undermining the impression of quality given by the unit’s weight and skin. 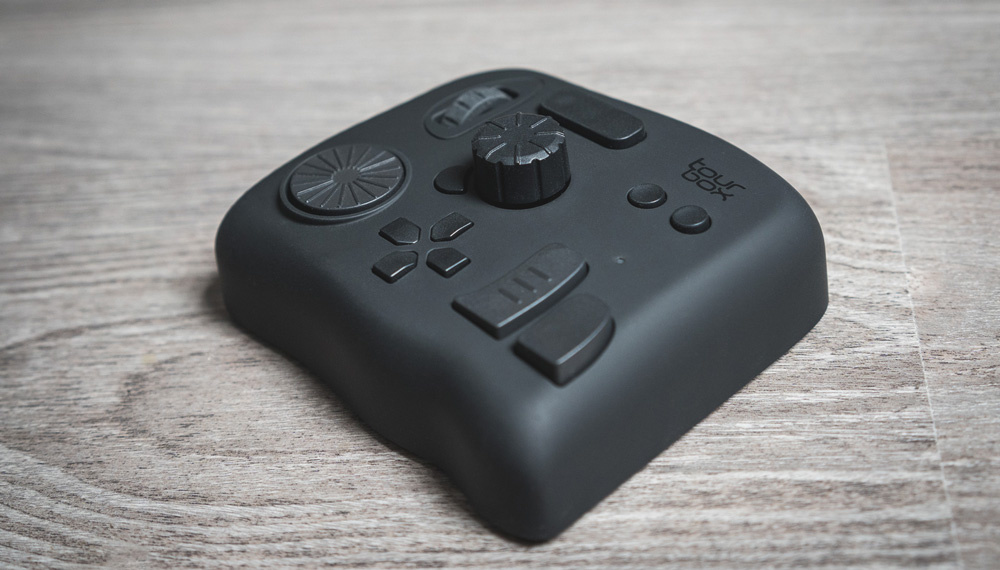 That said, the buttons each have a meaty click to them that is satisfying in both feel and sound. The dials are quite light to the touch and can be knocked unintentionally if you’re not careful, but they give close control when shifting sliders in Lightroom or brush sizes in Photoshop.

The TourBox has a single USB-C port — notably not micro USB, something that I appreciate — and ships with a heavyweight cable that’s of a decent length (5 ft, 1.5 m).

One of the best features of TourBox is its flexibility. Its 11 buttons, two dials (technically, one is a dial and one is a scroll wheel), and one knob might feel a bit random in their choice and layout, but the degree to which it can be customized is the core of this peripheral’s power. Any button can be customized to take on any keyboard shortcut, and the developers have dug into Lightroom and Photoshop to give it even greater control.

For example, you can set the knob or one of the two dials to change exposure, saturation, sharpness, noise reduction luminance — basically, with a few exceptions, if there's a Lightroom slider, you can assign a dial to it.

This depth of flexibility means that setting up the TourBox to fit into your workflow is not a simple process. TourBox knows that everyone uses the likes of Photoshop and Lightroom slightly differently, and as a consequence, there’s a fair chunk of effort to be put in before you can get the most out of this gadget.

The TourBox software installation is simple, and while the configuration isn’t quite as straightforward as the documentation likes to suggest, it’s easy to navigate once you’ve familiarized yourself. In part, the complexity is because the software takes a moment to understand, but most of the challenge is a result of the seemingly infinite options for configuring the various knobs and buttons.

Thankfully — and rather intuitively — when you’re setting up your TourBox using the TourBox Console, you can simply press a button on the box to jump straight to assigning a function. Perhaps my biggest challenge was figuring out what I use most during my Lightroom editing process, and after a month in, I’m still making some changes.

To facilitate this process, TourBox allows you to set up individual profiles. To begin with, you might have one profile for each piece of software you use, and TourBox will automatically shift profiles accordingly. If you switch from Lightroom to Photoshop, your buttons and dials will switch also.

The TourBox Console can import and export your profiles, but I’d like to see the developers add the option to duplicate a profile, as this would allow me to tinker more easily with my setup by creating experimental profiles that are based on my existing ones.

Putting It Into Practice

A few weeks into using the TourBox, I was appreciating the difference. My right hand uses my mouse as usual, while my left hand sits on the TourBox, occasionally coming to the keyboard to hit a shortcut that I didn’t use too often and therefore hadn’t considered.

However, with a bit more use, it started to bug me that I’d run out of buttons. It then occurred to me that I could effectively make one of the buttons a shift key, thereby using a button combination to add more shortcuts to the device. This also works to double up the functionality of the dials and knob, a feature that is best captured by this animated gif lifted from the TourBox website:

It’s worth keeping in mind that with the current firmware, only certain buttons can be paired — i.e., you can’t press the left and right D-pad buttons together, and you can't use the right D-pad button to shift the functionality of the dial, for example. This seems like a reasonable limitation. Furthermore, your shift key should remain just that: a shift key that has not been allocated a specific function. Pairing two function buttons together and trying to press them simultaneously will cause confusion.

TourBox also gives you the option to set some buttons to double-click. So far, I can’t escape the single click functionality of a button when double-clicking, so the double-click feature is a bit redundant at present. TourBox says that it is working to improve this.

Another limitation I’ve found is that I can’t set one of the dials to change the flow or density of an adjustment brush in Lightroom. The TourBox developers have coded extra functionality into the unit to give you more control over Lightroom beyond just the keyboard shortcuts, but there’s still some work to be done.

Does It Make You Faster?

In short, yes. I shot an event at the weekend and spent an afternoon culling around a thousand images down to 140, before editing and exporting. During that session, I think pretty much the only time I touched my keyboard was to tweak a new button/dial combination in the TourBox Console.

I found myself doing more work on the images — for example, making local adjustments — than I would do otherwise for such an event simply because the TourBox makes the process easier and faster.

My expectations for the TourBox were mixed, and before it arrived, I wondered whether this would be another useless peripheral that seemed like a nice idea but is actually not that useful in practice.

However, while I won’t travel with it, the TourBox is now a part of my workflow, and I expect to be able to continue tweaking my setup so that I never have to touch the keyboard again. The option to allocate certain buttons (or buttons) as a shift key means that you have far more than the 14 buttons/dials/knobs available, and future firmware should iron out kinks such as the smoothness of the console software and the double-click functionality.

The TourBox would benefit from some refinements that can easily be achieved through future firmware updates, but as a means of adding to the efficiency of your workflow and making image editing feel less of a chore, this software controller seems an excellent choice. Get yours here. 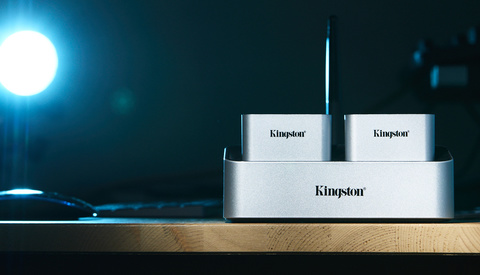 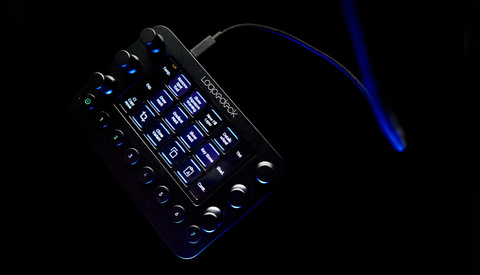 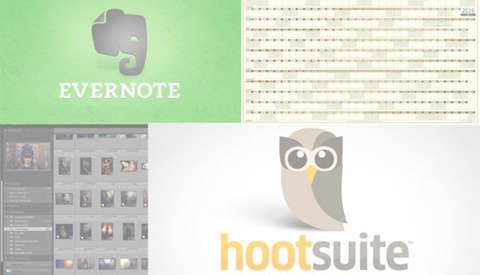 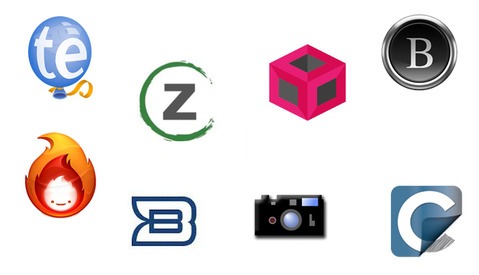 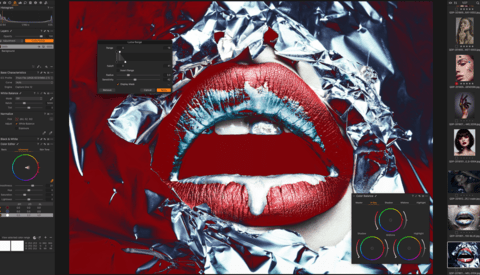 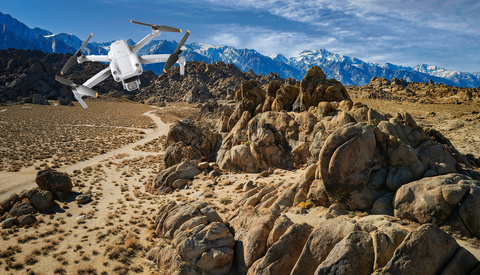 Landscapes / May 24, 2022
Things I’ve Added to My Drone Editing Workflow That Make a Big Difference
Log in or register to post comments
9 Comments

Must one wait for an update to get one's programme supported? Are there no config files one can muck about with on one's own?

And does it work with Linux?

I've had mine over a year and other programmes have always been supported, you just have to map the keys yourself. Another handy function they added recently is autoswitching between programmes. So if I'm using Premiere Pro and After Effects it switches automatically depending no which programme I am working in. I can't answer the Linux question but check their Facebook user group, they're very helpful.

I bought Contour Design ShuttleXpress which is a lot more intuitive. And works with both PC and Mac ($59.95). But I don't think it works on Linux.

Same here. Much more reasonable for the price.

Lol ,just learn the built-in shortcuts for Photoshop. I think, I'll be faster than this guy without using this gadget.

Personally I don't use it that much for Photoshop, but I don't use Photoshop enough to learn the commands for the Tourbox... but for video editing, this thing is a massive help.

I've also bothered by the unable to adjust flow of adjustment brushes in Lightroom problem, however their support team told me that this function will be available soon in the V2.2. Look forward to it as TourBox has really been a necessity in my workflow now.

When finish a photography trip lasted 2 months, there were about 3000 photos. With the setting of the TourBox, I immediately went through the selection of 1000 photos (This was done slower when using the keyboard.) I prefer the culling and selecting with the controller in my hands, its intuitive buttons let me without even stopping to look down at the buttons; touch and press. The ability to quickly adjust the exposure, temperature, and contrast were dramatically faster.

An update from Dan at TourBox:

- version 2.2 of the firmware/console software will be released this week and should contain the option to control the flow of an adjustment brush

- more button combinations will become available in future versions. It's been kept relatively simple thus far to avoid making the setup too confusing

- double-click will also soon be addressed